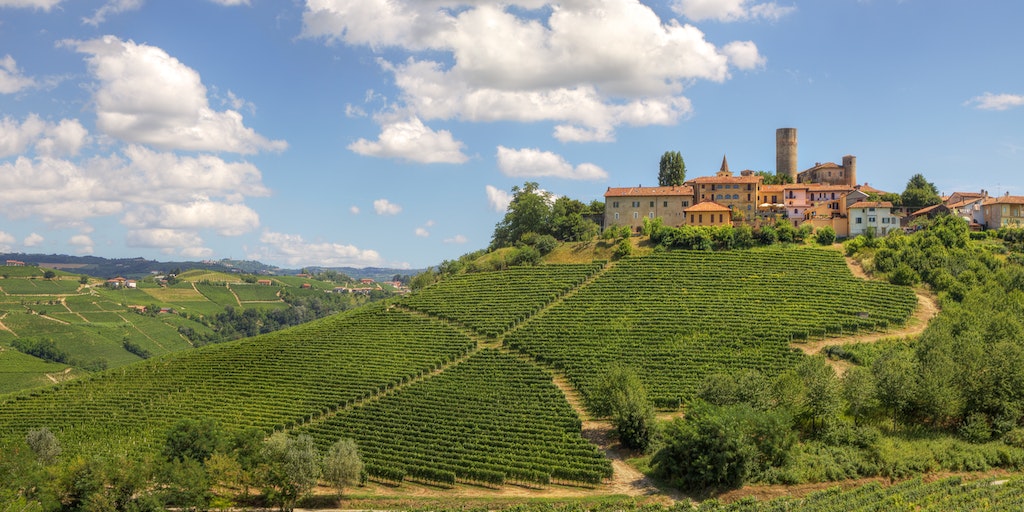 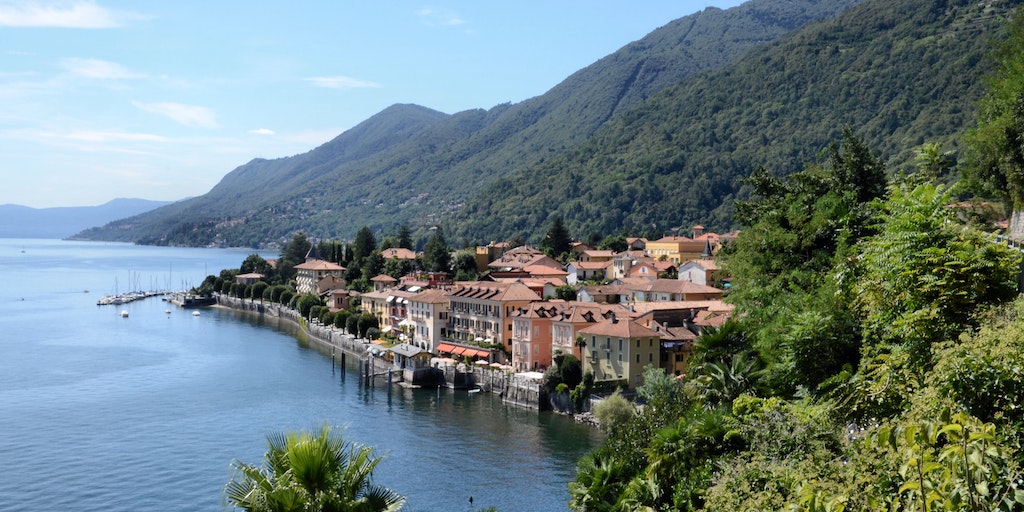 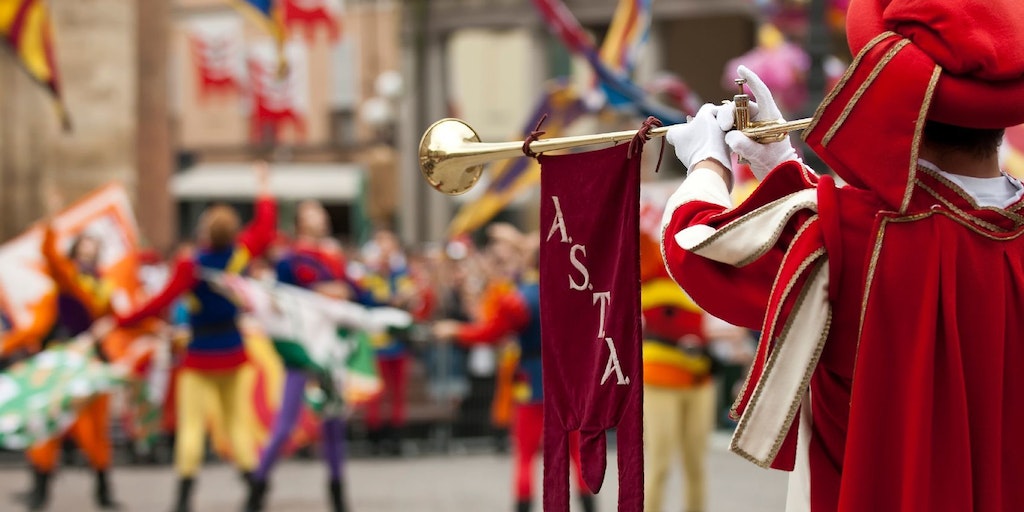 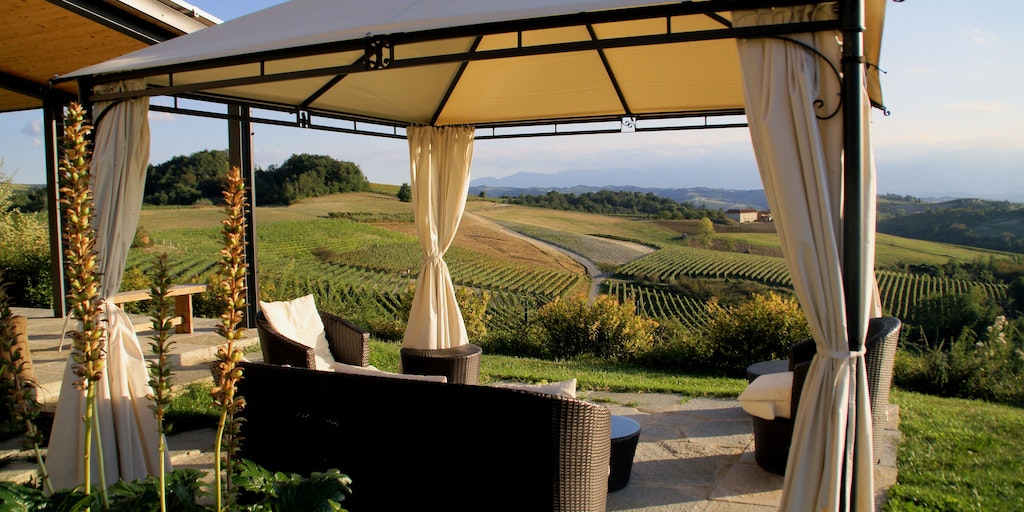 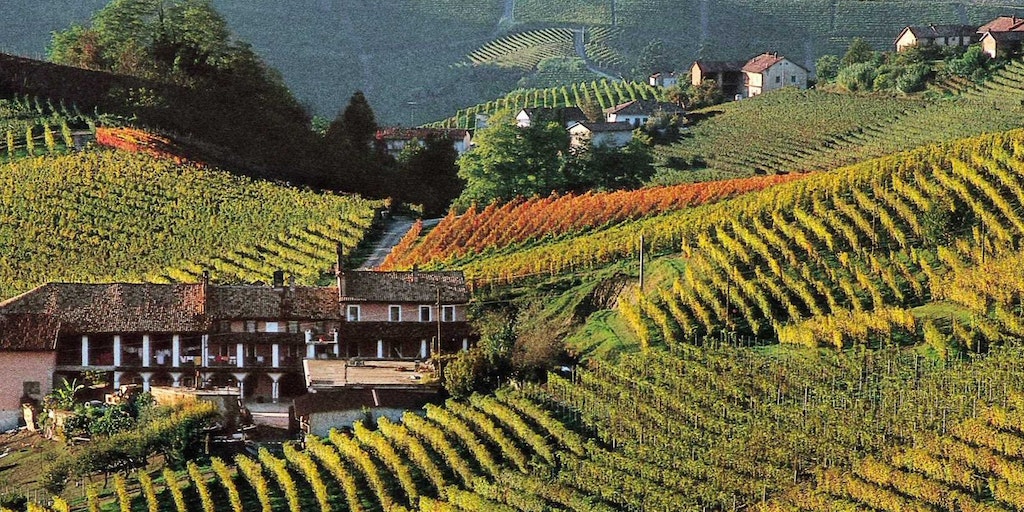 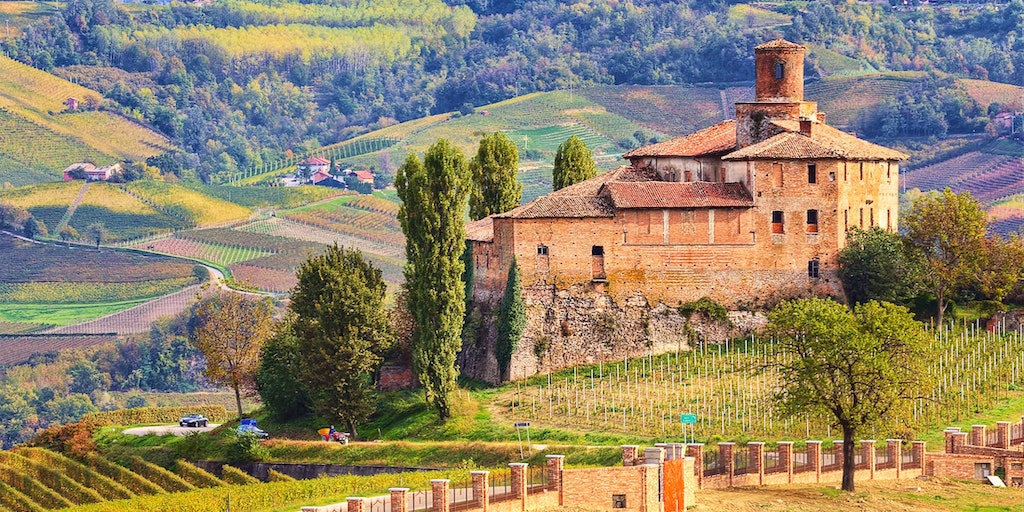 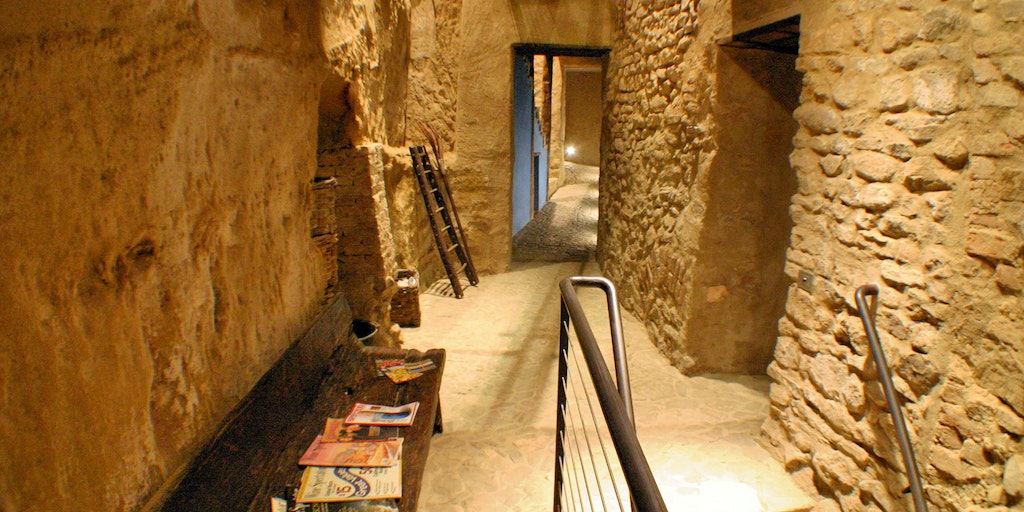 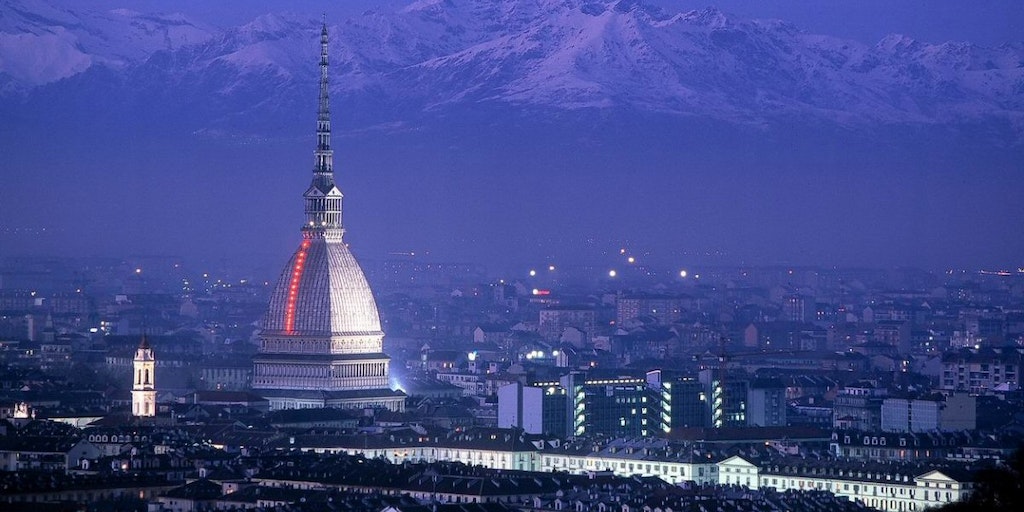 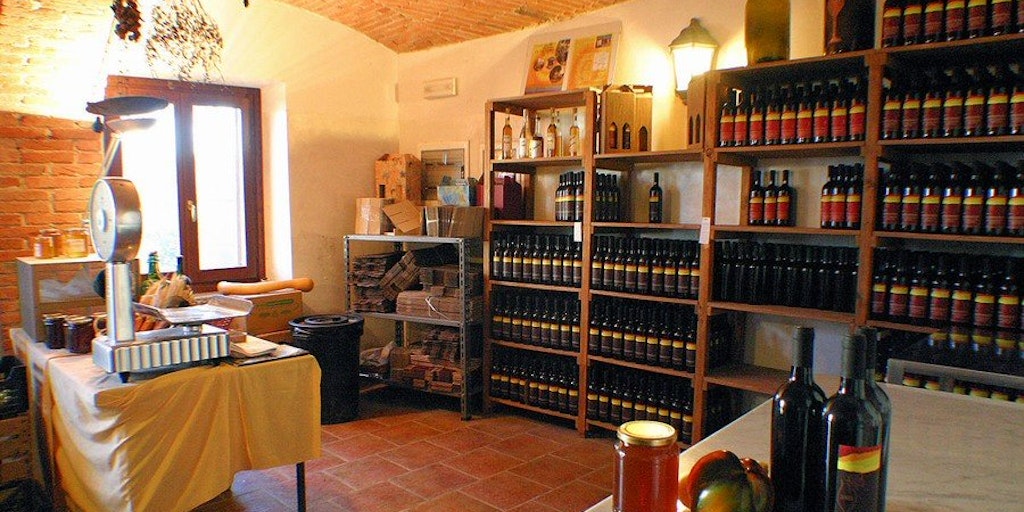 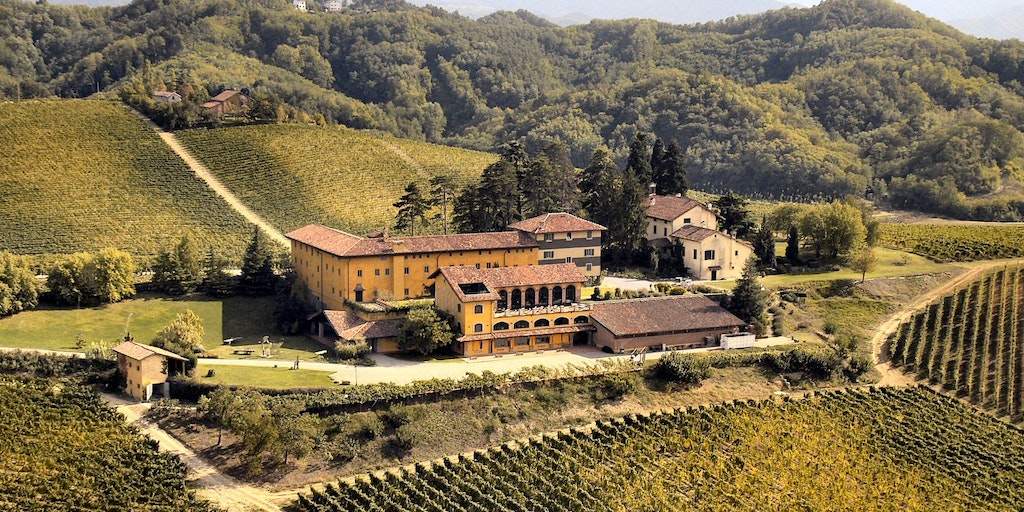 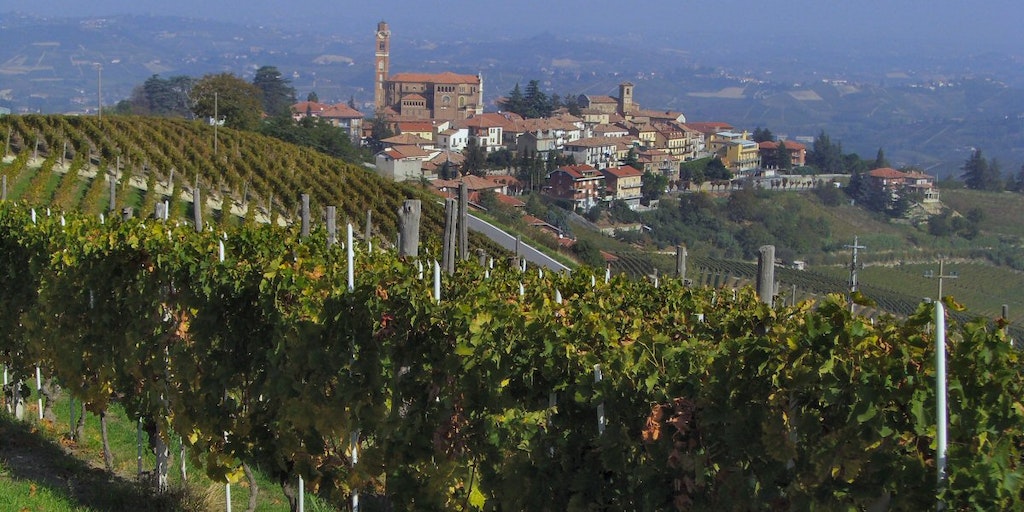 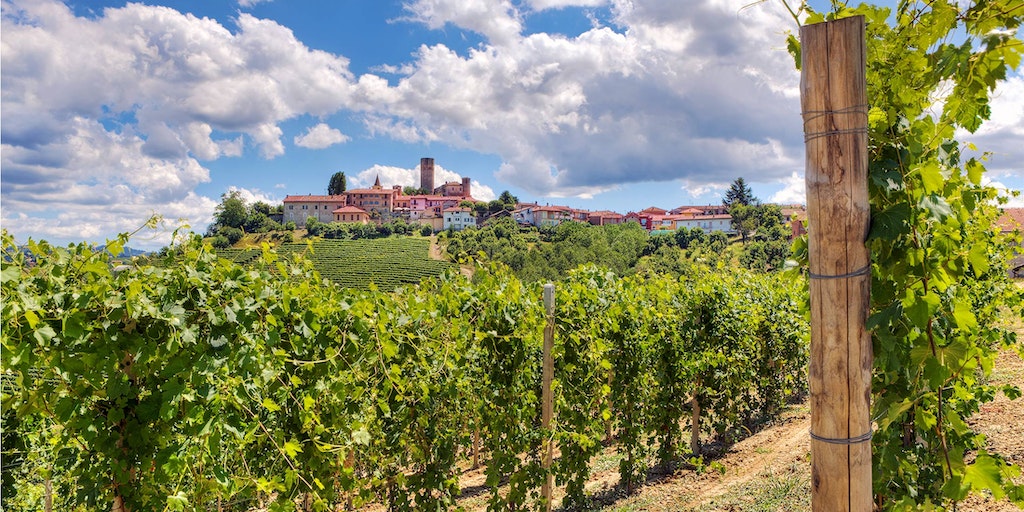 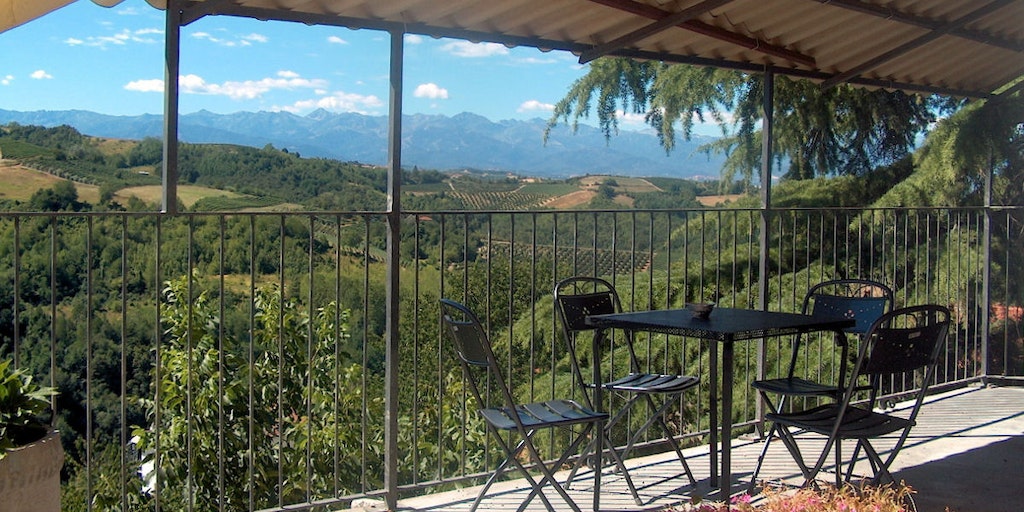 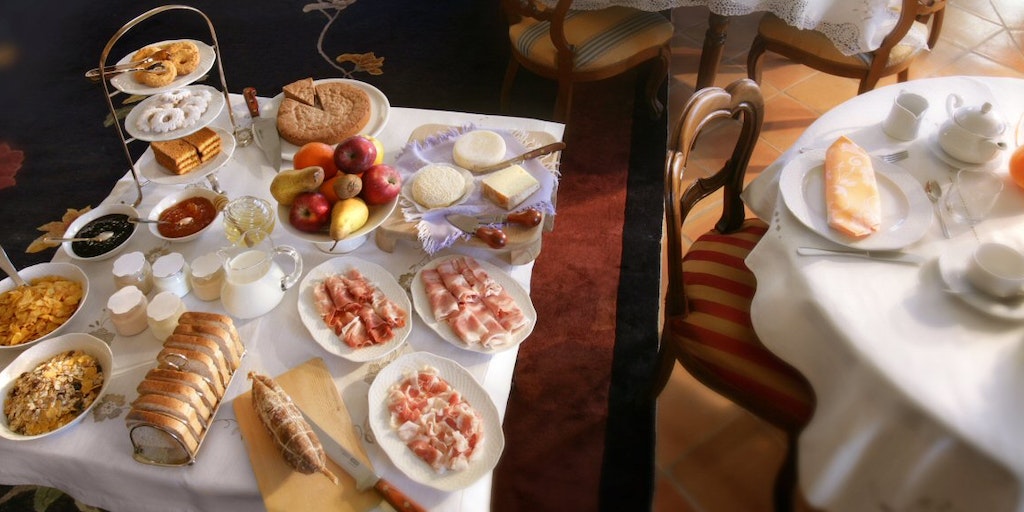 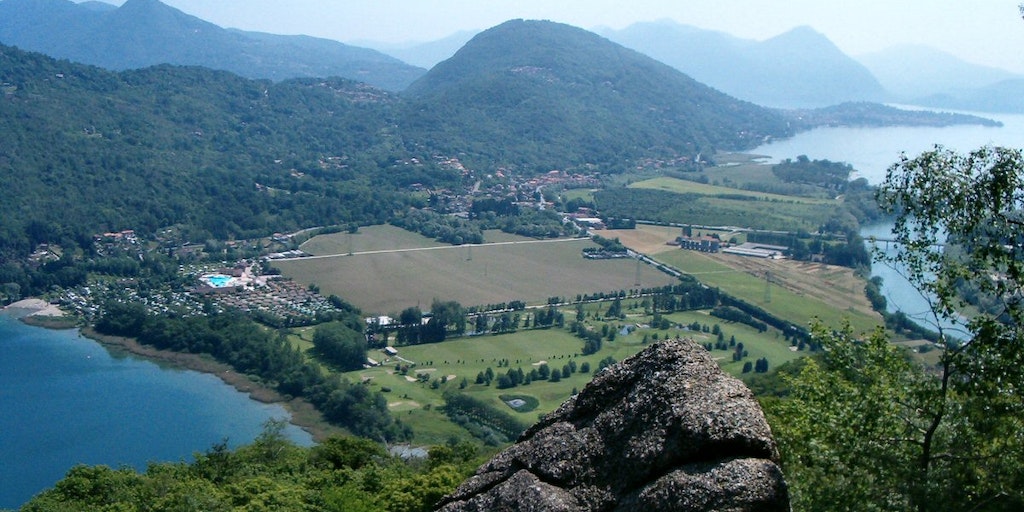 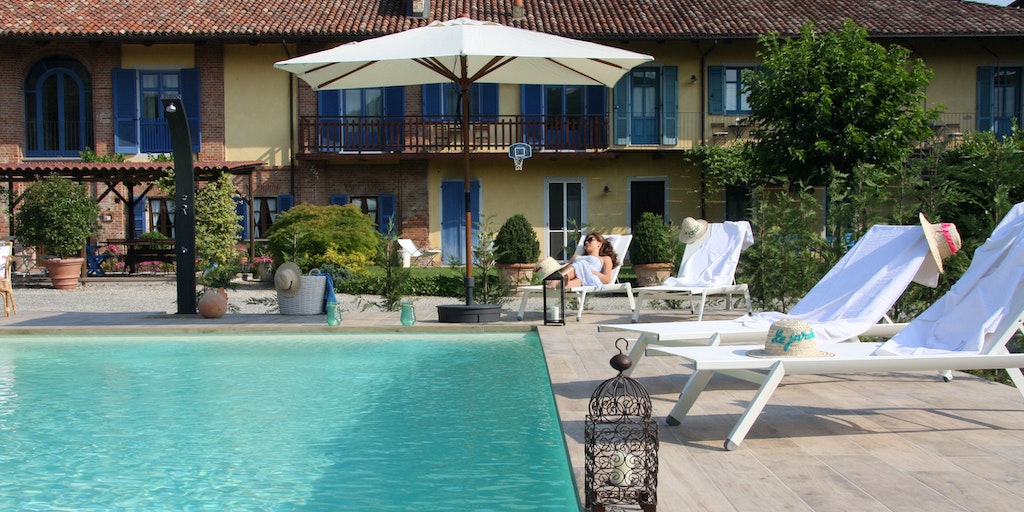 Find the perfect balance in nature

When you come to Piedmont, you will be greeted with a vision so beautiful; the green and fertile rolling hills, rich forest areas and endless vineyards, the towering Alps towards the north and lakes all comprise to create a spectacular landscape.

Most popular areas in Piedmont

See all cities and destinations in Piedmont

Choose your holiday accommodation amidst the spectacular landscape of Piedmont with its many majestic mountain peaks, and visit vineyards with reputed wine producers, endless charming, historic towns and cities, and enjoy warm hospitality and a gastronomy that can be best described as sincere, tasty and strong! At In-Italia, we have handpicked a fine collection of apartments, hotels, bed & breakfasts and villas in Piedmont and we are sure that you will find something to satisfy your holiday desires.

Try the delicious food and wine

The area is famous for many things but it is especially known for its truffles, and the famous breadsticks - grissini come from the region's capital Turin. The best of the region's wines come from the Langhe Wine District, southwest of Turin, such as the powerful and tasty Barolo and Barberesco wines. Another specialty is the sparkling spumante wine, the Italians' favourite drink for festive occasions.

Visit the capital city of Turin

Why not start by visiting Turin, the capital city of the region which is an undiscovered treasure in many senses, and was once the capital of Italy (between 1861 and 1865)? The impressive city centre dates back to Roman times, with the wide Po River flowing through it, many beautiful and impressive large squares, charming streets with great cafes, restaurants and shops. Turin has an airport so it is easy to arrive here then hire a car to tour the region. Or you could fly to Milan, Genoa and possibly Bergamo.

A bit more about Turin

From Piazza Castello you can experience the city's magnificent centre with its colonnaded streets. On Via Roma and in the Via Garibaldi area you fwill ind many interesting shops and places to eat. Try the local drink "bicerin" which consists of the most delightful dark chocolate, hot milk and coffee. On the subject of chocolate, it should be mentioned that Turin is also renowned for making fantastic chocolate products.

There are too many wonderful towns and cities to mention them all, so here are a few highlights: Alba in the south of Piedmont is known for its rich cultural centre and gastronomy, good shopping also. Barolo also a cute town known for its famous wine, and here you will find many historic Barolo cantines and enotecas. La Morra is also famous for producing Barolo and other reputed wines, and it is a beautiful area in the Lange Wine District where you can experience the real Piedmont food and wine culture. The town is charming and you will find some good options for accommodation there in our catalogue.

Visit the stunning lakes of Piedmont

If you want to swim in the Piedmont region, you can do so in the rivers or the great lakes which include Lake Maggiore - the largest, Lake Orta and Lake Mergozzo. Lake Maggiore is an impressively shaped lake on the south side of the Alps with part of its shores in Switzerland. It is the 2nd largest lake in Italy, and the largest in Switzerland and you can visit many charming towns when you tour around it. To the west of Maggiore, you'll find the delightful and smaller Lake Orta which is an overlooked gem. Visit for example the charming towns of Orta San Giulio, and Pettenesco.

The region has everything you could wish for regarding nature: rivers, lakes, mountains, forests and idyllic countryside in the rolling hills. There is no shortage of opportunity for you to get your fix of nature, outdoor activity and fresh air.

You can ski in the Alps, sail or kayak along the River Po, go hiking and cycling in the beautiful forests which are rich in fauna and animals such as wild boar, hares and other game, hiking or cycling across the Asti hills, and more.

Get up close to the grapes

The list of good wines and good vineyards in Piedmont is very long. In fact, it is so long that In-Italia can only name some of our favourites which produce Barolo, Barbaresco or Barbere, spumante or moscato or indeed all of them. Roberto Voerzio, Elio Altare, Gaja, Coppo, Ceretto, Pio Cesare, Prunotto, Producers of Barbaresco, Giuseppe Rinaldi, Deltetto, Domenico Clerico, Aldo Conterno, Elio Grasso, Elvio Cogno.

These wines go perfectly with the typical Piedmontese cuisine which often consists of dishes such as ravioli filled with the local breed of rabbit Coniglio Grigio, risotto dishes, game and braised pot roast with Barolo.

A special characteristic of Piedmont is that the bars often serve a wide range of antipasti, which you can freely try along with a delicious aperitif in the late afternoons.

Fish and seafood: Because of its inland location, fish and seafood are not something that are normally used in traditional Piedmontese cooking. But in many places you can try excellent dishes with eel as a main ingredient.
Meat, game and poultry: Piedmont has lots to offer here. In west Piedmont they eat lamb from the local breed "Agnello Sambucano" which tastes delicious and is not too fatty. In the western part of the region you can also try capon or "Cappone di Morozzo" as it is called in Italian. The meat is tender, succulent and delicate and should not be overpowered by other ingredients.
The breed of rabbit mentioned earlier "Coninglio Grigio" makes a wonderful dish especially around Turin. The meat is tougher than other rabbit breeds. In Langhe they often eat the chicken type called "Gallina Bionda". The meat is often used in more rustic dishes, which are typically accompanied by polenta.
Piedmont can also boast of delicious veal from the local breed "Razza Piemontese". The meat is used especially in carpaccio and the taste is irresistible. It is also fantastic served raw. Game, hare, pigeon, deer and duck are some of the preferred main ingredients in Piedmontese game dishes. Naturally these should be accompanied by a bottle of Barolo or Barbaresco.
Sausage & Ham:Piemonte boasts some excellent products such as the good filetto baciato di Ponzone, and the excellent mortadella della Val d'Ossola..
Pasta: Piedmontese have their own pasta called tajarin . This paste-type is very similar to tagliatelle , but is cut into small strips. In addition the best pasta makers in Piedmont quite often only make pasta with the egg yolks, instead of both parts of the egg and water as in traditional pasta recipes.
Truffles: Some of the world's best truffles are found in Piedmont and this delicate eating is also one of the region's great pride. In Alba there is an annual truffle festival during the peak truffle season around October - November. There are many shops across the region that specialise in these.
Cheese: Here we must mention some of the best cheeses in Piedmont. Firstly, the goat's cheese "Cevrin di Coazze" which is produced north of Turin in the Alps. "Robiola di Roccaverano classico" is another good goat's cheese, which is eaten fresh. "Maccagno" is yet another lovely cheese produced in the Alps from cow's milk. "Sarass del fen" is a cow's milk cheese also known as a type of ricotta, which must be eaten fresh. Finally you should not miss the great "Tuma di pecora delle Langhe" – a sheep's cheese, which can be eaten both fresh and matured.
Sweets: Piedmont is especially known for Nutella, which was invented in Alba just after the Second World War and is the area's oldest and largest export success. It was a chef called Pietro Ferrero, which, due to the expensive and rationed cocoa beans decided to mix some of the locally produced hazelnuts in its cocoa mass. This was a huge success. It was not until 1964 that Ferrero sold the first glass of Nutella on the street and since then many have tried to copy the recipe - without success.
The region is also known for its ordinary excellent chocolate which is produced mainly by old and well renowned cafes in central Turin. The variety of chocolate flavours is vast and you can find something for everyone. As a tourist in Turin, it is possible to buy a "chocolate-passport" as a 3 days provide an opportunity to taste a variety of chocolates in different pastry shops around the city.

Book your holiday accommodation in Piedmont with In-Italia

You can choose from our collection of handpicked holiday accommodation including villas and self-catering apartments, and B & B hotels in the Piedmont area by using the search machine at the top of the page. Feel free to ask our experienced travel experts with over 15 years experience of travel in Italy for advice on the best places to stay. Contact us by email using the contact link at the top of the page, by using the chat box to the left of the page, or call us using the number to the right of the page. We are happy to help make your Piedmont holiday dreams come true.

A look back at Piedmont's past

Piedmont's history is long and certain parts of the region can be traced right back to the Romans. Otherwise you mainly find relics in the form of 17th Century castles. However, evidence from the Middle Ages can be seen in many small towns. The history of Piedmont is mainly centred around the region's 'period of greatness' as part of the Savoy Kingdom. Turin can also boast of being Italy's first capital city following the unification of Italy in 1861.

Much of the historical evidence in Piedmont dates back to the period around Italy's unification and the preceding years when the modern borders of Europe were starting to be drawn.

Rating 4,2 of 5
Very good
Based on 375 reviews
See customer reviews

Lovely holiday destination for +50 where relaxation, comfort and nature experience is in top of mind.

Cannobio is a very lovely town, located by the beautiful lake. Huge market on Sundays. Nice cycle paths around the town and along the river.

There is an organisation "le donne del parco" who arrange dinners with local dishes at different restaurants. It's an experience http:/... /www.parcovalgrande.it/pagina.php?id=35
In the area by Turbigo the Navigli-area is located, a navigable system of canals with paths for walking and cycling right to La Darsena in Milan (I think 214 km)
Visit the small vineyards in Colline novarese and the cities of Novara, Vigevano and MontferratRead more

View all reviews of Piedmont