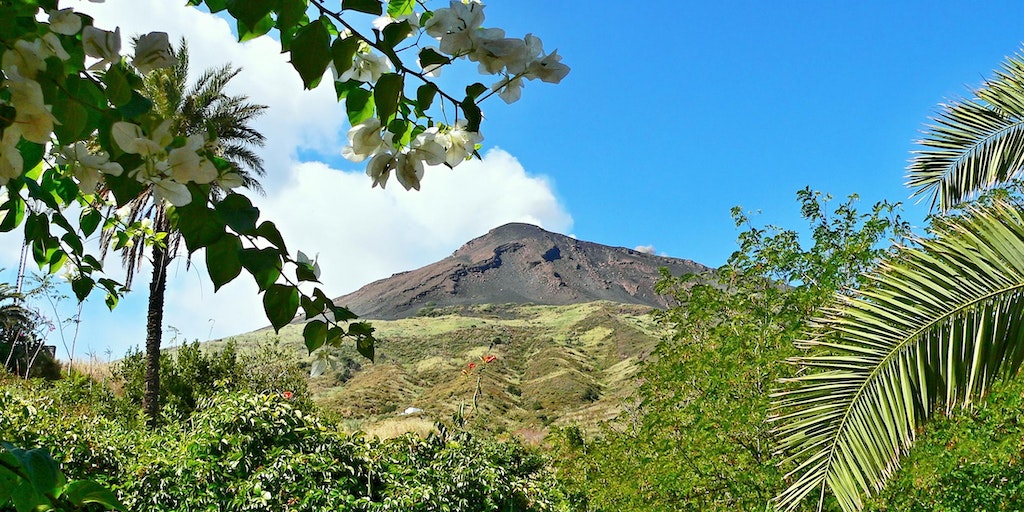 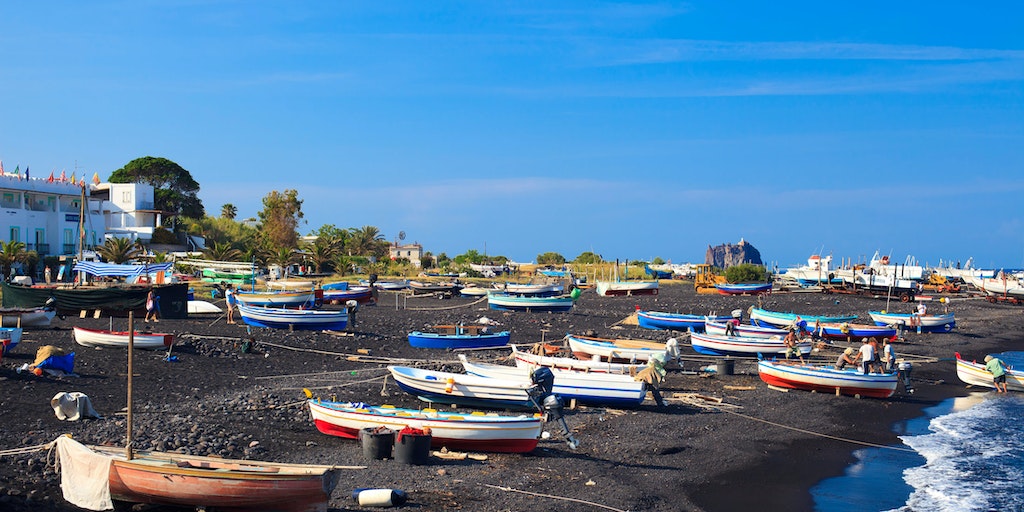 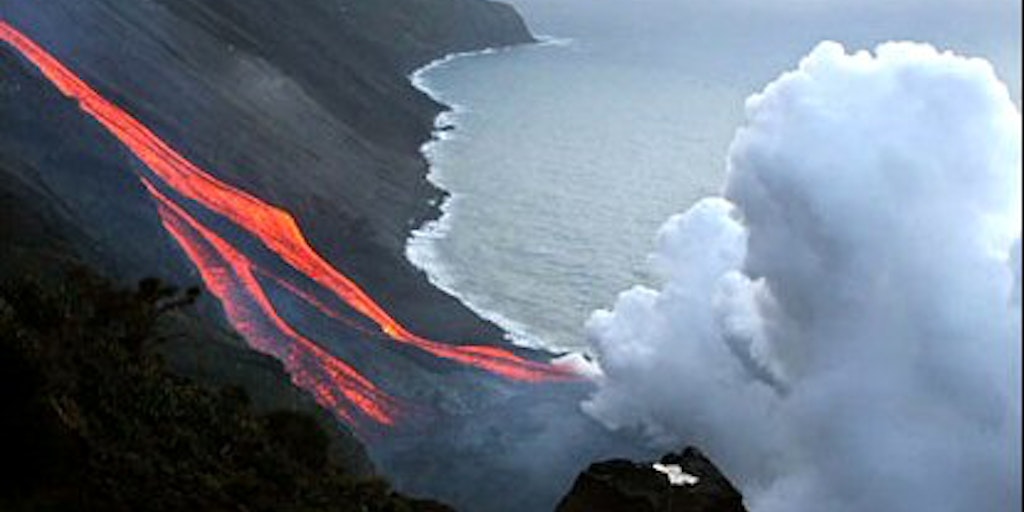 This is the most northern of the Aeolian islands. With its pure geometric lines, it is permanently encircled by volcanic steam. Its harbour, Ginostra, with its difficult mooring access, is one of the smallest in the world.

This is the most northern of the Aeolian islands. With its pure geometric lines, it is permanently encircled by volcanic steam. Its harbour, Ginostra, with its difficult mooring access, is one of the smallest in the world.

Stromboli never fails to be a spectacle, especially after dark when the red hot lava is shooting at least 200 feet up into the air. It is one of the few active volcanoes where you can see it up close and personal. It is rarely dangerous these days as the lava flows towards the ”Sciare del Fuocco”, (literally meaning 'waterfall of fire' in Italian) a point on the islands north coast where the sizzling lava flows straight into the sea.

Despite being only 13 square kilometres, it rises 926 meters out of the sea. It is not without reason that the island appears in Homer's "Odyssey", that Tolkien was inspired by the island when he wrote "Lord of the Rings" and that Jules Verne lets his protagonists get out of Stromboli crater in "Journey to the Earth" Not to mention that it is here also where beauty and rawness meet in Rossellinis film "Stromboli" with Ingrid Bergman in the lead role.

From the small, picturesque towns with their whitewashed houses, it is possible to climb the volcano. You will need appropriate outdoor footwear, food and drink for the trip and good stamina. The trip can be taken with a guide who leads visitors up the mountain and when you reach the top you can sit on the actual crater rim. There are trips both day and night and you can book these from the towns.

Stromboli is more than just a volcano though, there are 400 permanent residents here, and many visitors in the summer. There are vineyards, olive groves and caper bushes. Of course there is great swimming too, in the glassy clear waters off the islands black sand beaches.