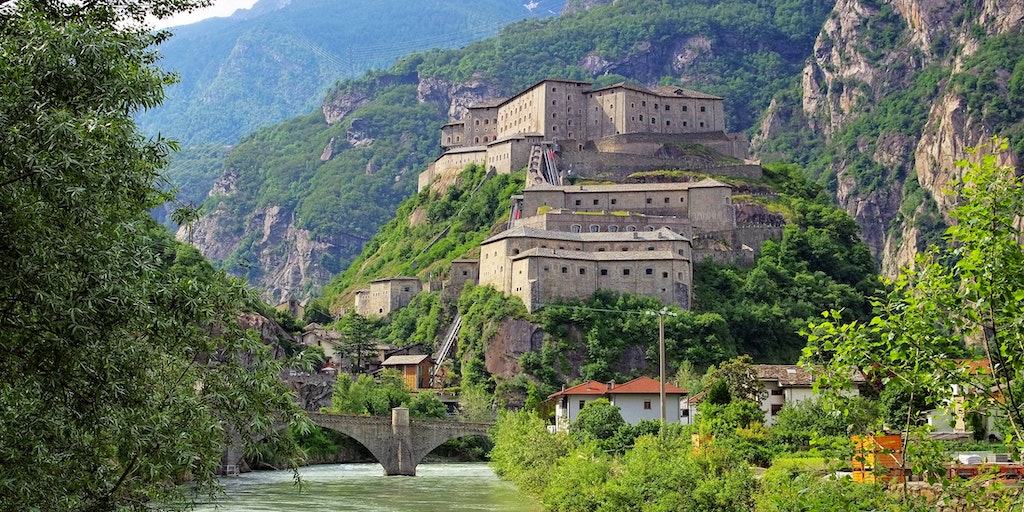 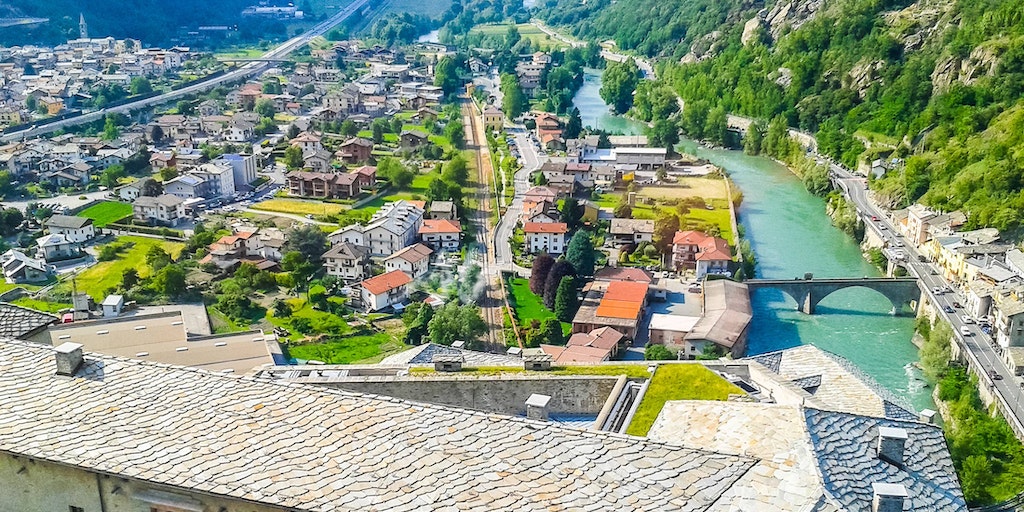 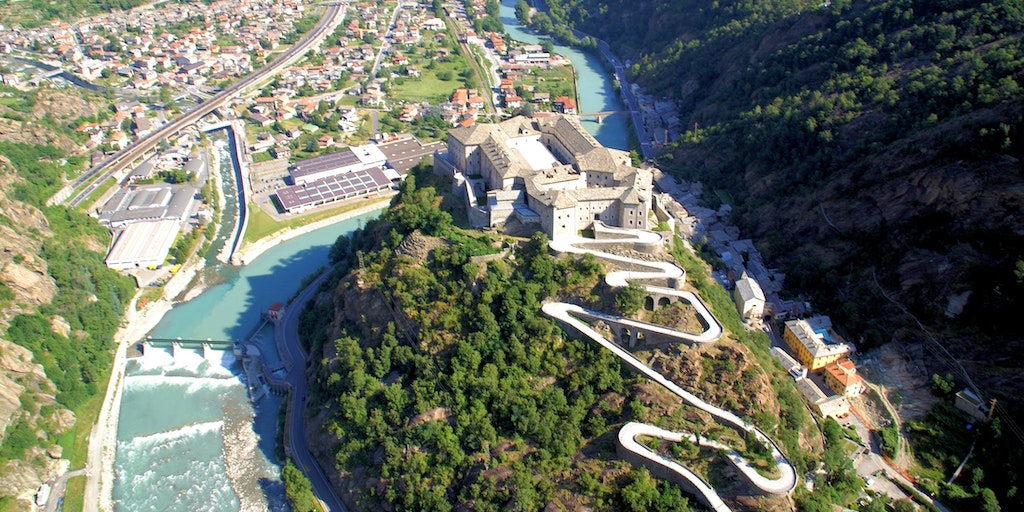 A medieval sight to behold

Bard sits on a peak clinging to the rock between two impressive mountains. Approaching the castle Forte di Bard and the village of Borgo di Bard is like visiting a time warp from the Middle Ages.

Bard is located on the border of Piedmont, just 70 km north of Turin and has recently (2014) been entered on the list "I Borghi più belli d'Italia", with its impressive castle dating back to the year 1034. You have to pas Bard to get to the Aosta Valley.

Bard is a medieval revelation. The village (borgo in Italian) consists of just one main street Via Vittorio Emanuele II which runs parallel to the castle. At the beginning of the street you will find a kiosk and a trattoria, and at the end of the street a church Maria Assunta and the town hall up. Many properties in this street date back to the 15th and 16th Centuries, such as Casa Challant, Casa del Vescovo and Casa della Meridiana.

The castle itself is located in several levels. You first arrive in the welcome centre (opened in 2009), from which one can take three panoramic elevators up to the castle (free). You can see a short film in the welcome centre explaining the materials used to build the castle and its history. The castle was eventually turned into a cultural centre where concerts are organized under the open sky.

There are many opportunities to buy local products and gain insight into the area's craft traditions in the town. The shop Adret - Casa della Meridiana is in the middle of town and it specializes in gift items. Here you can often taste and purchase local products from the Aosta Valley. The shop is open on weekends 10:00 to 19:00 and every day throughout July and August (closed on Monday). It is located on the main street Via Vittorio Emanuele II, 75. Up in the castle you will also find shops with delicacies Sapori del Forte, a bookstore Libreria del Forte, a chocolate store Cioccolateria del Forte, a workshop with local crafts Artigianato del Forte and a café where their hot cocoa is said to be worth a long drive.