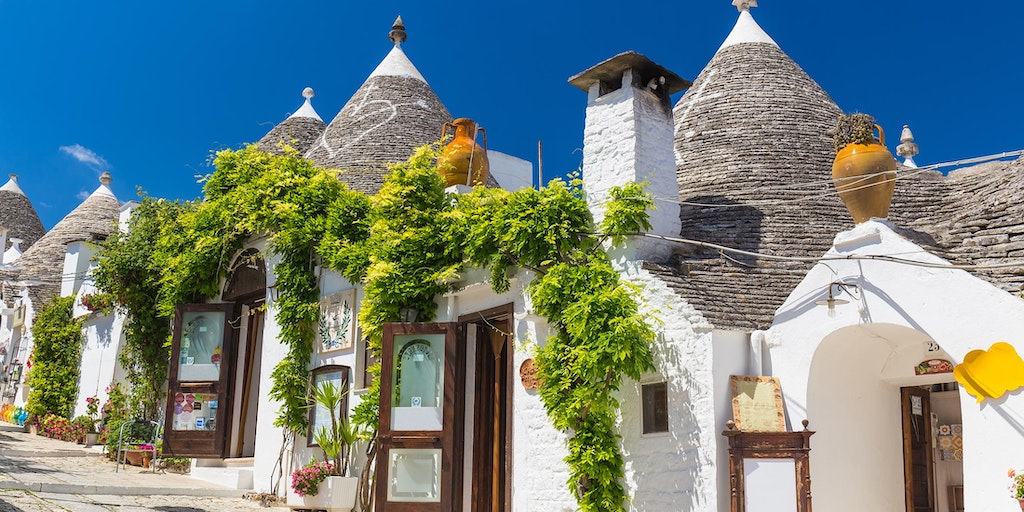 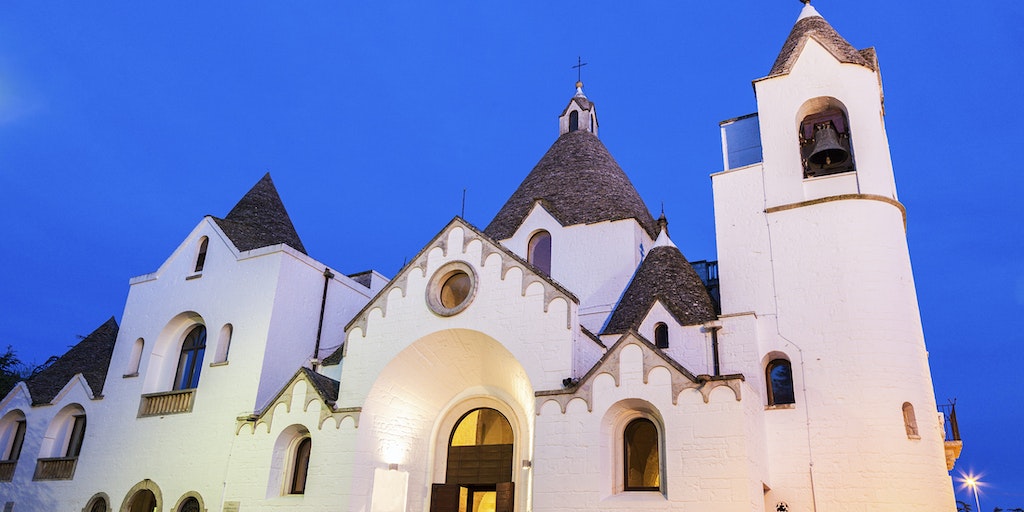 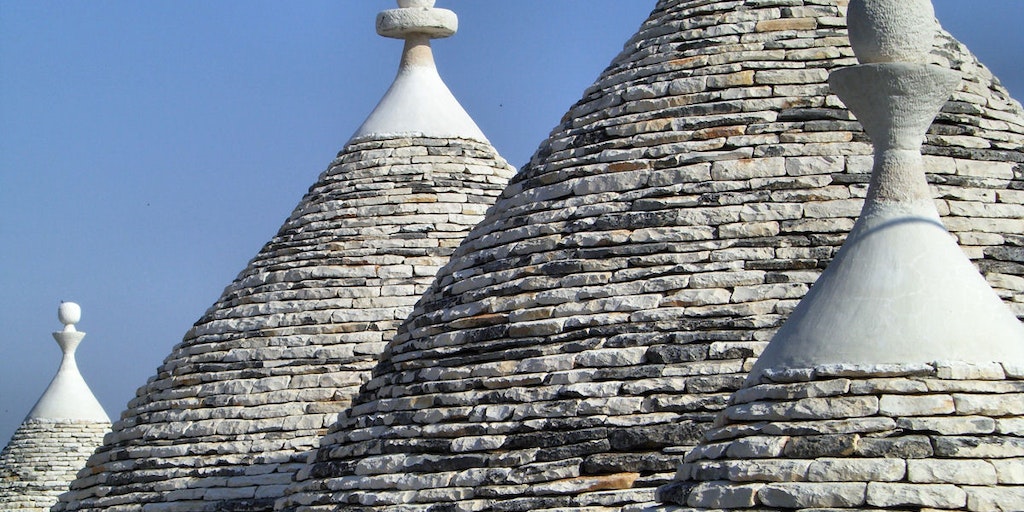 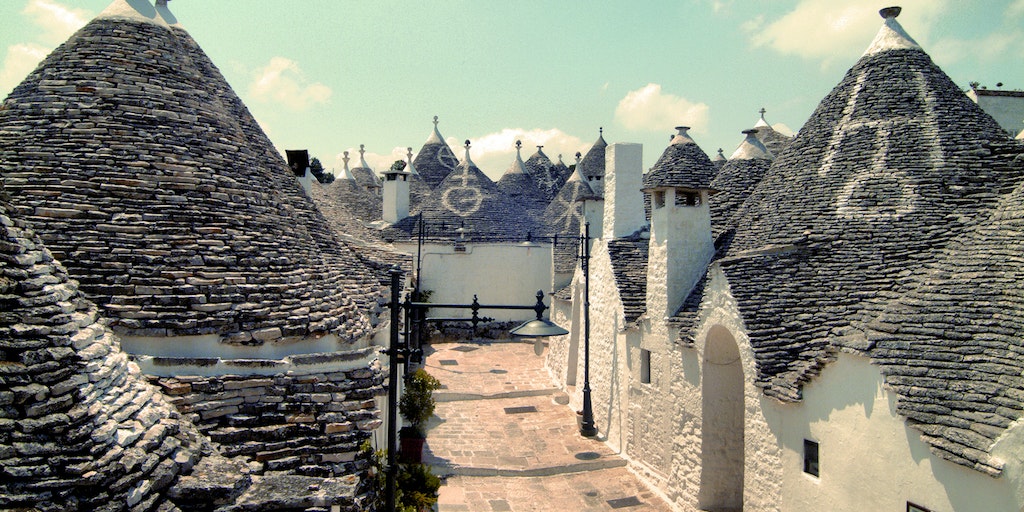 See for yourselves just how unique Alberobello is. Although the town is small, approx. 9000 inhabitants, the image of the town is characterized by the Trullo, a typical type of house for the area. The town has more than 1500 trullos!

The name of the town ”the beautiful tree” originates from Sylvae Arbris Belli and refers to the large oak woods, which once covered the whole region. Overall the town is oozing with charm and character.

Stay in a cute Trullo house

No one knows where the trullo comes from! However, it is likely that its inspiration comes from the East where the same type of home is known in certain places in the Middle East. The round house is built of local lime stone –called “chiancarelle” – without the use of cement. The walls are always whitewashed and the roof is a double shell filled with ”stone dust”. On the outside, the roof is covered with concentrically laid flat stones with an opening in the middle for smoke to escape. A large flat stone covers this opening. The very top of the roof is often whitewashed and crowned by a religious, magical, astrological or just traditional symbol, which is also often painted with whitewash on the roof. Thus we have here a very simple house that is easy to build from local materials. You can find some fine examples of Trulli accommodation in our In-Italia catalogue.

However, it can be difficult to understand why this type of house has become traditional in Apulia and nowhere else in southern Italy. Part of the explanation could be that on the large lime stone plateau of Locorotondo and Alberobello there is a lack of wood and water. For centuries it was necessary to carve out huge lime stone cisterns to collect rainwater and the resulting stones were suitable for house building.

The original Trullo is no longer built, but in the new part of town its forms are being imitated in modern buildings. Every Thursday there is a market in the town selling fresh local produce, clothes and lots more.