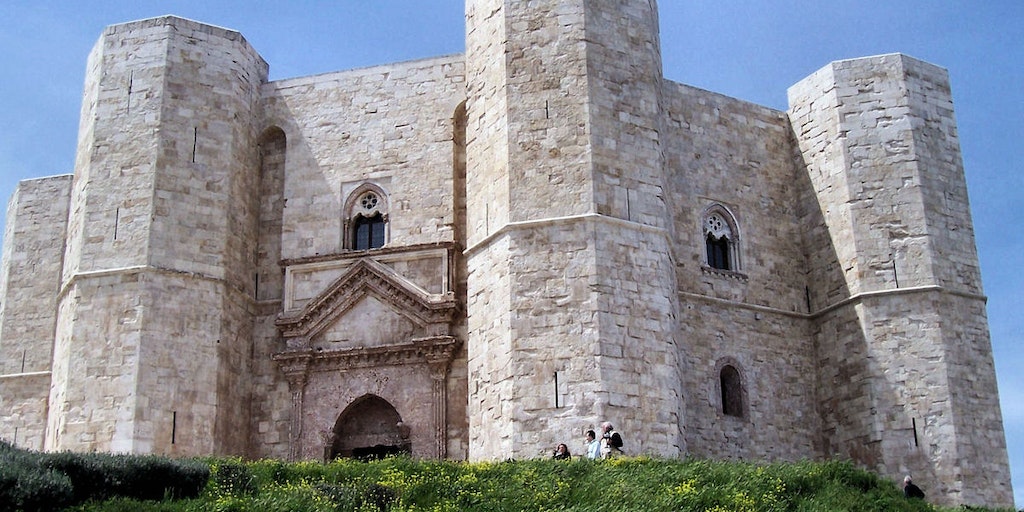 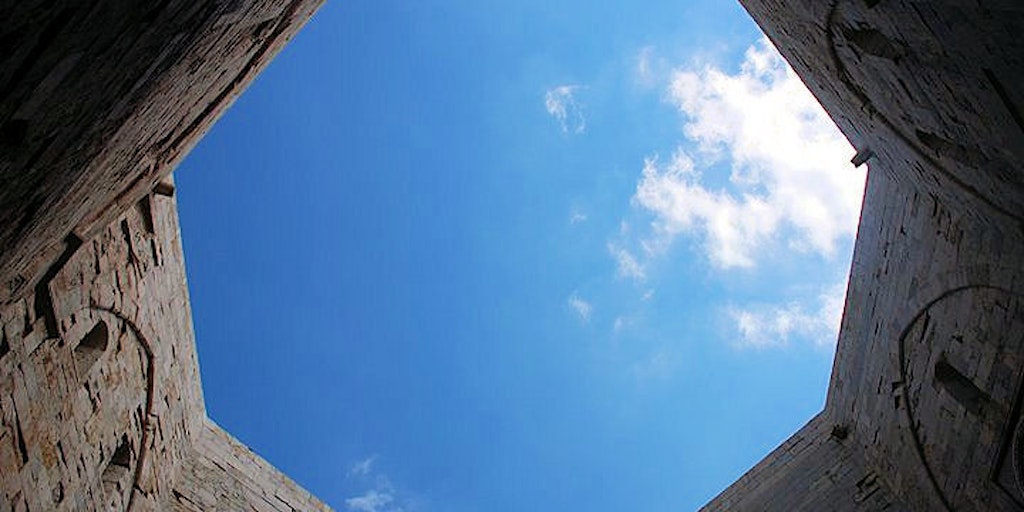 Castel del Monte is one of the most original and mysterious building works of the Middle Ages, which has fascinated and inspired countless artists and authors over the centuries.

The description of the library in the tower in Umberto Eco’s “Name of the Rose” clearly owes much to Castel del Monte. The architect behind this Apulian treasure is unknown, but tradition has it that it was originally designed by Frederick II himself (1194-1250). The building’s style is Romanesque but also early Gothic so typical of this region.

The castle was started in 1240 but it is not known with certainty when it was completed, possibly in 1250. It was first called Castel di Santa Maria del Monte after the nearby Benedictine monastery, which has today disappeared.

There are many theories as to the function of the castle: Military fortress, astronomical observatory, place for occult ceremonies but the most widely held theory is that it was a hunting lodge from where Frederick II could ride into the large forests which surrounded the castle (which were even larger at that time) and go hawking, his favourite pastime. It was also a treasure trove of sculptures and marble statues.

During the ensuing French rule (house of Anjou) the castle served as a prison and once in a while hosted a wedding. Later during the Aragon period, the castle was a refuge for many noble families from Andria fleeing the plague in 1655. In 1799 it gave protection to republicans fleeing the sanfedistic massacres. From the 1700s until 1876, when it was passed to the Italian state, the castle gave refuge to political refugees, shepherds and bandits, and during the same period was also stripped of the majority of its marble works. Not until 1928 did the Italian state start serious and extensive restoration work.

As the purpose of the building is uncertain and as all its decorations disappeared long ago, it is rather hazardous trying to make a guess as to the function of the individual rooms. However, the ground plan is octagonal with an octagonal tower in each corner – i.e. eight towers in an inner octagonal courtyard. The castle has two floors and is 25 m tall. Some solitary sculptures can still be seen here and there. But just reading about it does not do the castle justice. Castel del Monte must be visited to be fully appreciated.

Do your Apulia vacation with us and stay in the area around Castellana Grotte and Monopoli for easy access to Castel del Monte and the national park Alta Murgia.