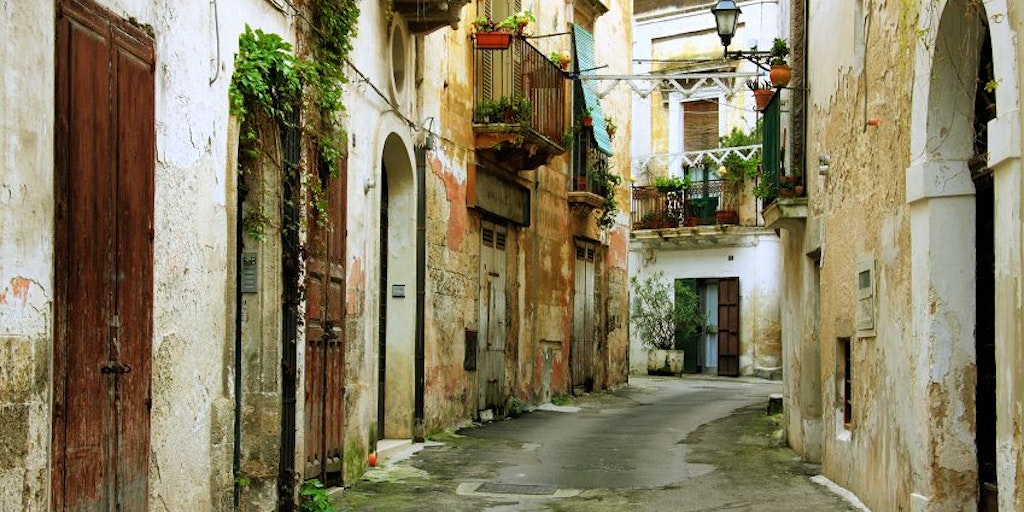 The city of caves and ravines

In the province of Taranto we find the city of Grottaglie and its approximately 35,000 residents. We are in Apulia in a small mountain village that is known throughout Italy for its potters and its many rock caves.

Historically, the city has always involved with potters ,who have occupied a considerable part of the city's inhabitants. In the late 1700s there were about 42 factories in town, with a total of 5,000 employees. The reason is in the underground, which facilitates a very specific and good clay. The production has been concentrated around the tiles and crockery. Faience has only been part of the city's landmarks since the late 1700s with a special focus on two directions: "arte ruagnara" and "arte faenzara". "Arte ruagnara" covers common use things from an agriculturally inspiration, while "arte faenzara" covers a more decorative and ornamental style that caters for upper class.

The city and its caves

The area at Grottaglie is naturally marked by some significant ravines, in there you can find a large number of rocky caves and caverns. It is in these caves, for a large parts, the city's history is described, as the caves have been inhabited throughout the majority of the city's history. Amongst them, the most famous "Gravina Riggio" and "Cave Fantiano". See our description of caves, collected during the excursion "Caves of Grottaglie".
Thanks to the proud tradition of pottery, there is a pottery museum: Museo della ceramica with a historical department referring to what states above.

The city is very popular and has an impressive selection of bars, restaurants and pizzerias, so even if one is not up for a visit to the city museum, you can easily be entertained a few hours, to go to stroll around and enjoy the atmosphere in the city. Just remember that like so many other places, it is the historical center, with the greatest interest, while the newer part of town is less impressive.
In addition to the potteries there is a great table wine production and agriculture in general. Perhaps due to the agricultural traditions, it is possible to get a guided tour trough the city on a horseback. They as well organize trekking trips to the caves.