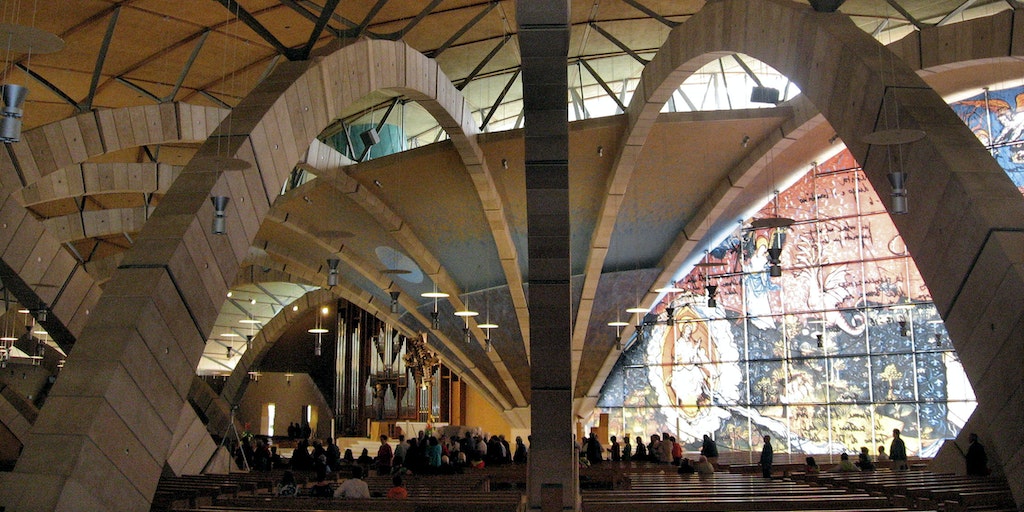 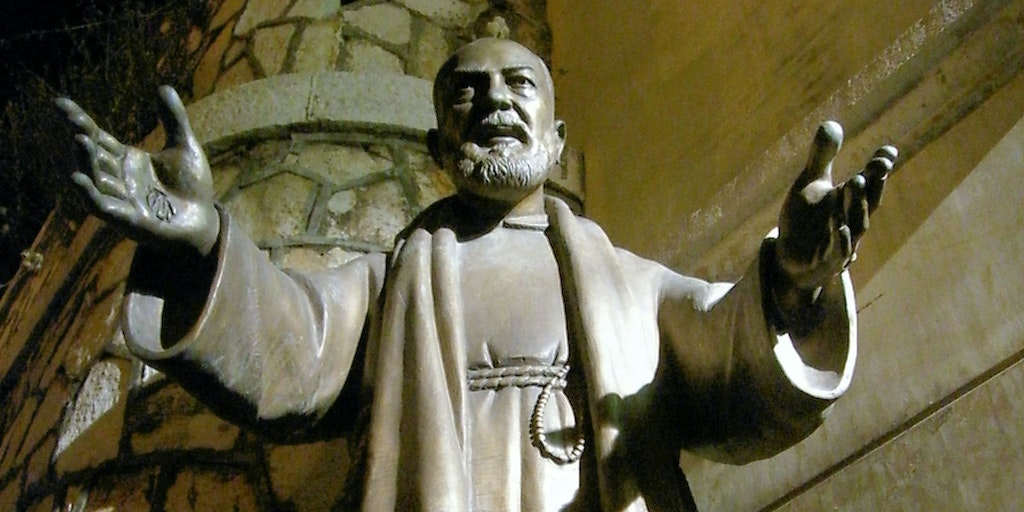 San Giovanni Rotondo, was until 1916 merely an ordinary medieval town situated between the forests on the Gargano peninsula. Until 1916 the believers hastened themselves by to get to the holy mountain of Monte Sant'Angelo. In 1916 came the believer husband: Francesco Forgione to the city, today better known as people hero Father Pio (from Pietrelcina). With its aura of sacredness and his healing powers, which was first recognized to him in 2002 when he was declared a saint . He went up and down the peninsula's religious balance, and was launched in San Giovanni Rotondo as Italy's answer to the French Lourdes.

The city is located at 566 meter and has a very decent size of inhabitants of about 26,000. Originally the city was found in the 11th century. The residents of Castel Pirgiano and the other two nearby villages moved here as it was an area rich in water that was located along the holy path: Via Sacra, on the edge of the Archangel Michael's cave .
The medieval town houses, in addition to religious statues and churches devoted to Father Pio, several examples of the distinctive architecture of the Gargano Peninsula. Besides a few relics from the towers that were part of the city wall - the wall is today for most converted to residential zone.

Father Pio's mortal remains, rest in the church Chiesa Santa Maria delle Grazie and attracts many of the city's visitors. Father Pio died in 1968. In addition thousands of sick people come here to receive a healing at the hospital that Father Pio had built: Casa Sollievo della Sofferenza. Just as many visitors come to see Father Pio's sandals, linen clothes, crosses, gospel and gloves that covered for Father Pio's stigmatizations: These possessions are namely exhibited in the cell where Father Pio daily came to pray.

To the right of the hospital a monument to Father Pio have been in erected in 1987, celebrating the key points in his life symbolized by four bronze tiles. This also initiates the street Via Crucis from the 20th century.

To the left of the hospital a modern church for Father Pio was built: La nuova chiesa di Padre Pio. Renzo Piano has designed the church as a helical structure with an impressive and huge roof construction made of wood and copper, which interacts with the large painted glass façade, symbolizing the immense legacy, that Father Pio has left. The church is an architectural gem and a breath of fresh air among the hallmarks older buildings, and is certainly worth a visit.

We encourage people to visit the nearby National Park: Gargano with its inviting flora and fauna; the sacred mountain Monte Sant'Angelo, where it is said that the Archangel Michael has been found in the cave named after him; and then the following cities worth seeing: Carpino, Peschici, Vieste and Vieste. If you want to feel the wind rushing through your hair, there are several daily boats out to the beautiful islands Tremiti, not for nothing is called the Pearl of the Adriatic.

If you like eno-gastronomic excursions, "Slow Food" is very visible on the peninsula, and it is therefore natural to explore possibilities to visit some of the area's most prominent manufacturers of special local food, such as the cheese type Caciocavallo podolico - from the cows breed Podoliche (white cows with beautiful twisted horns) -, beans Fave di Carpino, oranges Arancie di Rodi and eel Anguilla di Lesina.