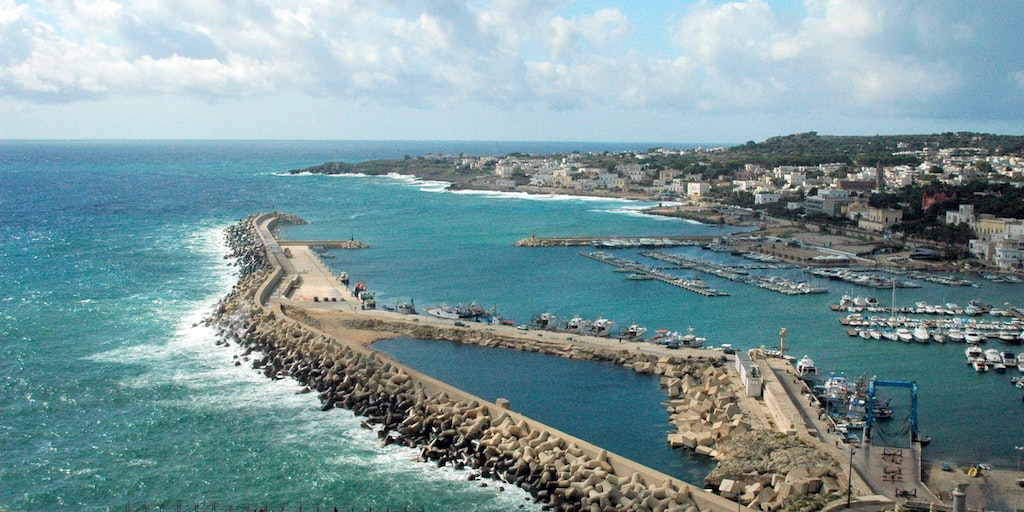 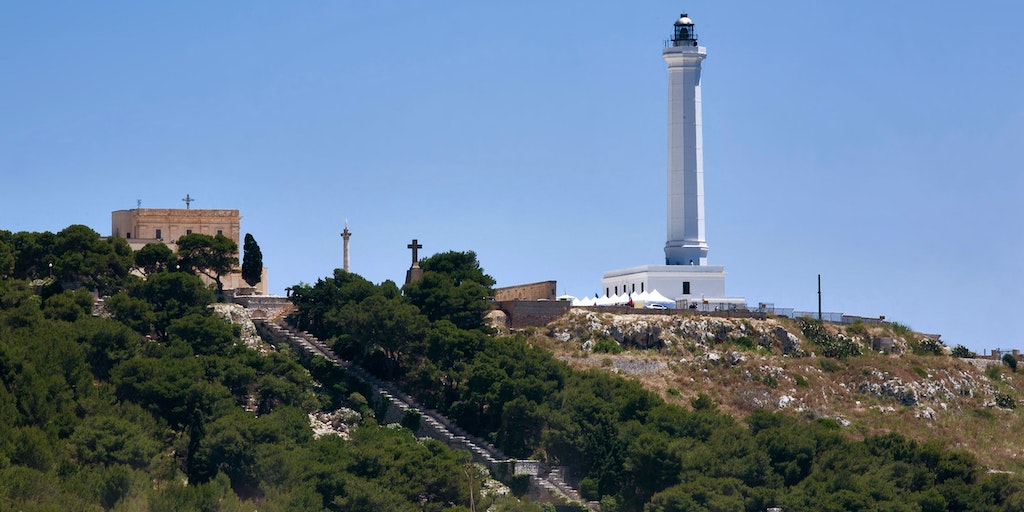 Santa Maria di Leuca is on the Apulian southernmost tip toward the open Mediterranean sea, the point that separates the east from the western Mediterranean.

The area is rich in caves and some of which can only be visited from the sea, and famous for its beautiful coastline and beaches.

The town has a reasonable selection of restaurants and pizzerias. Seafood plays a key role on the menus in most restaurants.

Santa Maria di Leuca's coastline is mainly dominated by rocks and pebbles, but there are several small stretches of sandy beach. Large sandy beaches are never far away, as you only need to take a trip of a few kilometres up the Ionian coast to find lovely sandy beaches.

The area around Santa Maria di Leuca is also rich in caves, and some of which can only be visited from the sea.