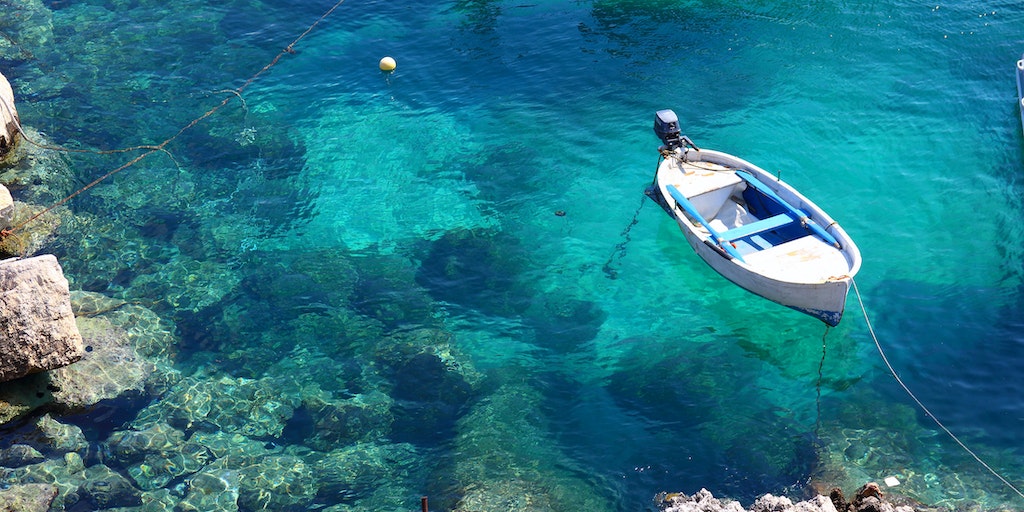 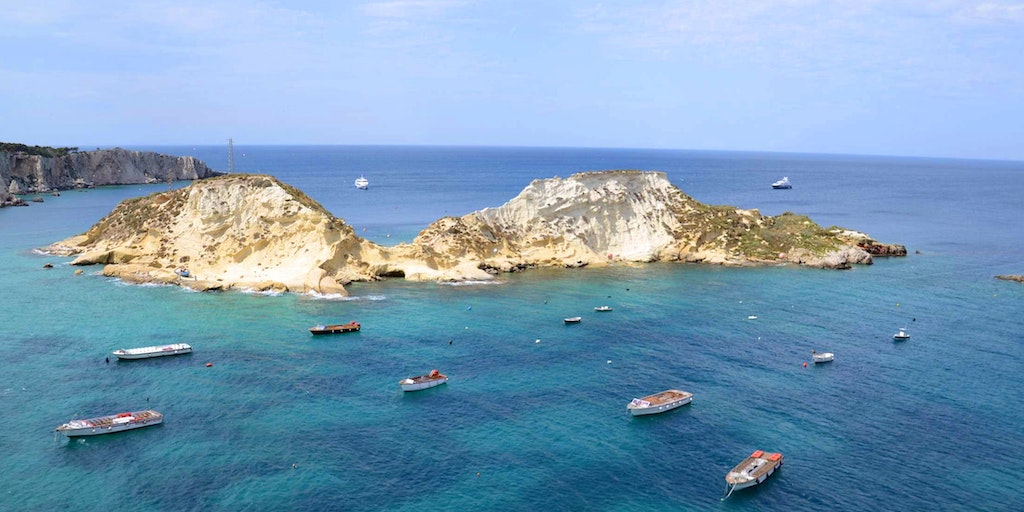 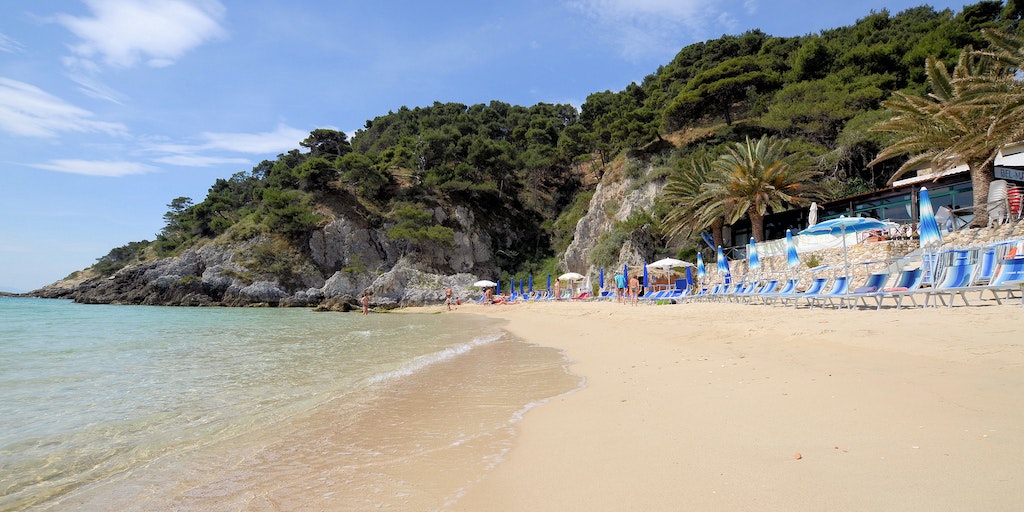 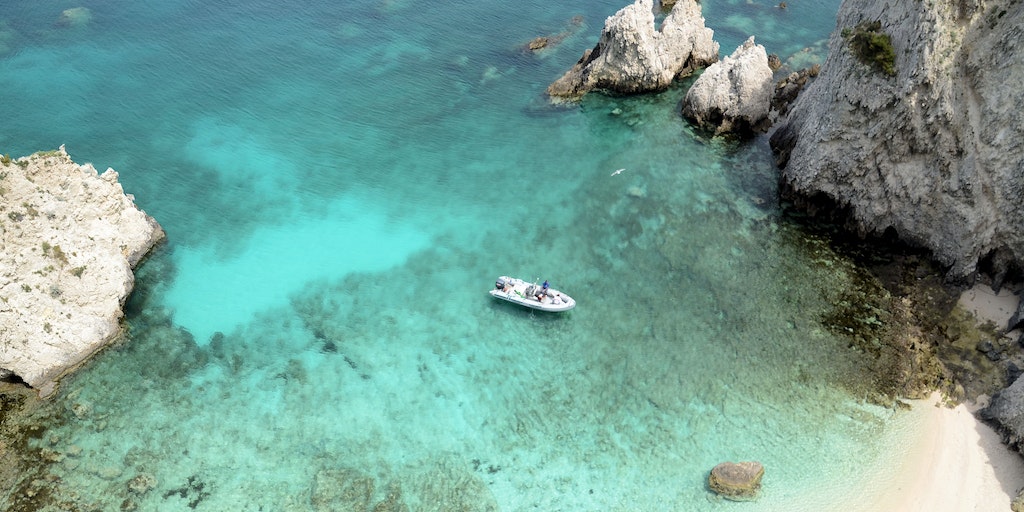 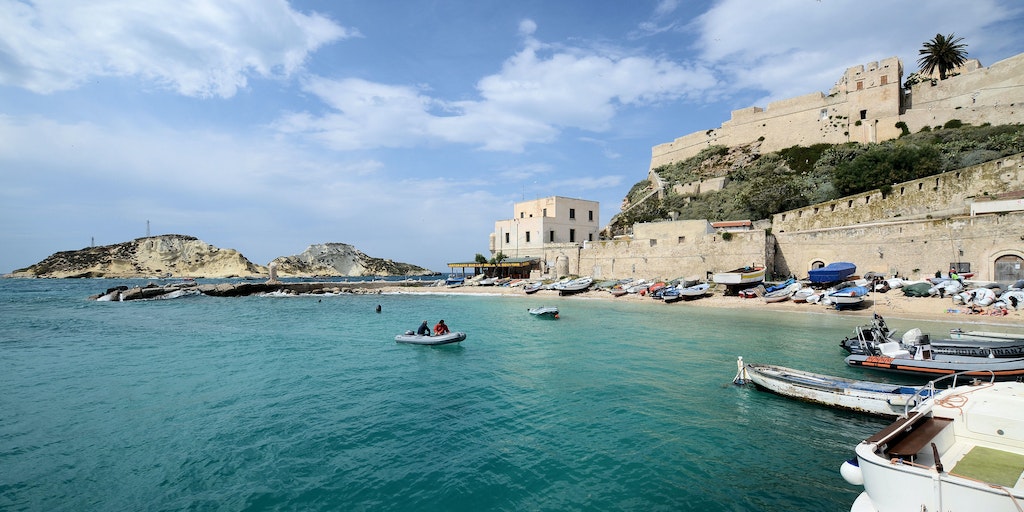 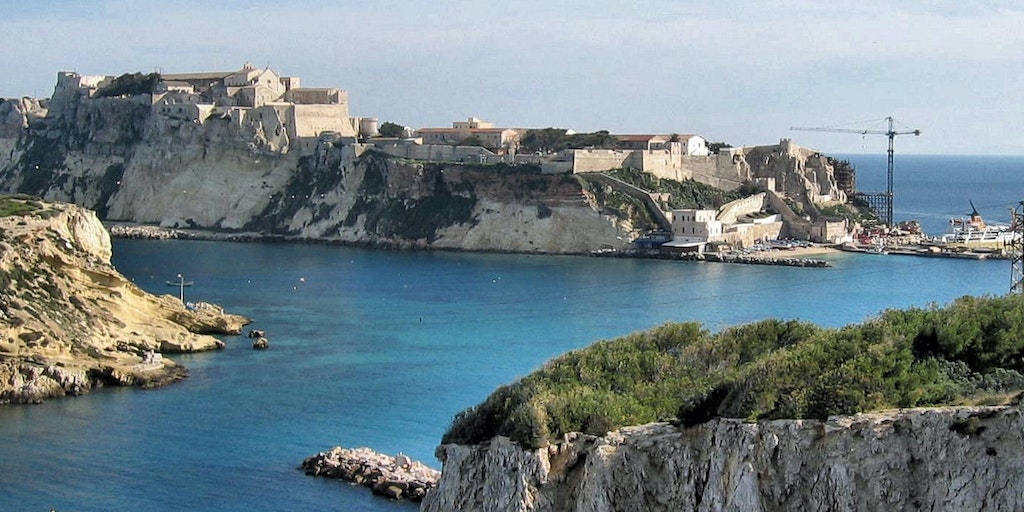 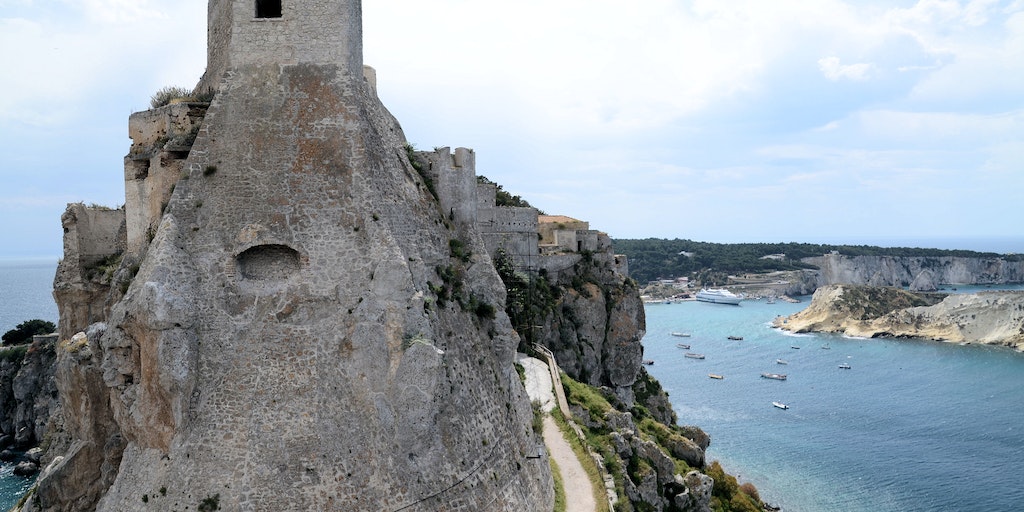 Loading content
The Tremiti Islands are called the Pearls of the Adriatic, as they sit in a row surrounded by the azure sea. The five small islands are San Nicola, San Domino, Capraia, Cretaccio and Pianosa. The archipelago is located 40 km from the Apulian northern coast, north of Gargano Nature Reserve. The islands are popular and known for their beautiful coastal areas, the clean and clear waters and the many mysterious caves. The islands are connected by numerous routes departing from both Apulia, Molise and Abruzzo.

The Tremiti Islands are called the Pearls of the Adriatic, as they sit in a row surrounded by the azure sea. The five small islands are San Nicola, San Domino, Capraia, Cretaccio and Pianosa. The archipelago is located 40 km from the Apulian northern coast, north of Gargano Nature Reserve and they have in-fact been part of the protected area of Gargano National Park since 1989. The islands are popular and known for their beautiful coastal areas, the clean and clear waters and the many mysterious caves. The islands are mostly overgrown with wild capers, rosemary, pine and eucalyptus that create a sweet background scent during your stay in the islands.

Transport: Despite the fact that San Domino is the largest of the islands, it's San Nicola that is the main island in terms of administration. Shuttle boats sail more often to San Domino calling at San Nicola along the way. There is easy access from island to island, as small motorboats ship tourists between the islands - the journey takes approx. 5 - 10 minutes and cost approx. 5 euros return.

The islands are connected by numerous routes departing from both Apulia, Molise and Abruzzo. The following cities are among the ports from where you can catch a boat to the islands: Termoli (Molise), Vieste, Peschici, Ortona, Manfredonia and Vieste (Puglia). The permanent annual route is from Termoli - the others operate only during the tourist season. Public hydrofoils are often slightly cheaper than private boats. Normally a return trip will cost around 30 euros, while crossing times may vary from approx. an hour to an hour and a half. One should be aware that the Adriatic is sometimes restless and if you are not keen on a bumpy sea crossing, then there is always the helicopter option from Foggia in Apulia San Domino.

San Domino San Domino is the largest of the islands with its 2.8 kilometres in length and 1.7 km in width. The island is rich in vegetation, both above and below sea level: flowers and pine forests adorn the island's upper surface, and it was quite aptly named the Garden of Eden by the monks that inhabited the islands. The fantastic underwater flora and fauna means that it is an attractive and popular place for divers. There are trips to caves and reefs both day and night, and if you are not one for donning a wetsuit and you can choose to see the undewater world from a glass bottom boat instead. For more information on diving courses, please visit: www.tremitidiving.com.

San Domino is more than just flora and fauna though, as there are several hotels, bars, restaurants, discos, well-stocked shops, a taxi service and bicycle and boat rental. Architecturally speaking, the island is nothing to write home about since it was uninhabited until 1932 when the civilian population from San Nicola moved here. Its strengths lie however in its beautiful sandy beach Cala delle Arene, which is just south of the harbour. Alternatively, you can sail / swim on the beaches and explore the rocks Scogli dei Pagliai just north of the harbour. There are many possibilities for hiking on the island from the city of San Domino.

San Nicola: contains several architectural monuments. These include the Church of Santa Maria a Mare from the year 1010 with golden mosaics and animal motifs, and the rare Byzantine wooden cross from 747 AD, Abbazia Santa Maria a Mare and the fortress Castello dei Badiali with the circular tower Torrone Angioino. With these buildings of great historical interest, the island is like a museum under the blue sky. The island has been inhabited by monks since the fortifications were reinforced, and it served as a prison and a penal colony until the late 1930's.

San Nicola is one of the smallest of the archipelago with 1,600 metres in length and 450 metres in width at its widest point. Despite its small size, it has the busiest port and harbour of all the islands. San Nicola di Tremiti is situated below the impressive defensive walls and the large towers. The island is home to a few souvenir shops and restaurants with excellent fish dishes, and not to mention the famous pickled capers that you can buy directly from the front door of many locals. The rest of the island is approximately 2/3 green and unspoilt land.

Capraia: This island is located north of San Nicola and besides some caper bushes and a lighthouse it remains quite desolate and uninhabited. What you are not able to see is a three metre high statue of the holy priest Pio or Pietrelcinas that was installed 14 metres below the oceans surface in 1998 to keep an eye on the island!

Pianosa: The island is 22 miles from the other islands and is also uninhabited. A small detail, Capraia and Pianosa have nothing in common with their namesakes in the Mediterranean off the Tuscan coast.

Cretaccio: The last island in the group, Cretaccio, is also knows as the yellow island as the soil here is very rich in clay. The island is located between San Nicola and San Domino and Capraia, and other than the clay, the islands surface is baron.

Local celebrations: Between August 14th - 16th the locals hold a festival to celebrate Santa Maria based around the Madonna of San Nicola church. The fireworks on August 15 to celebrate the Italian holiday of Ferragosto are pretty grand and a spectacular show is guaranteed.