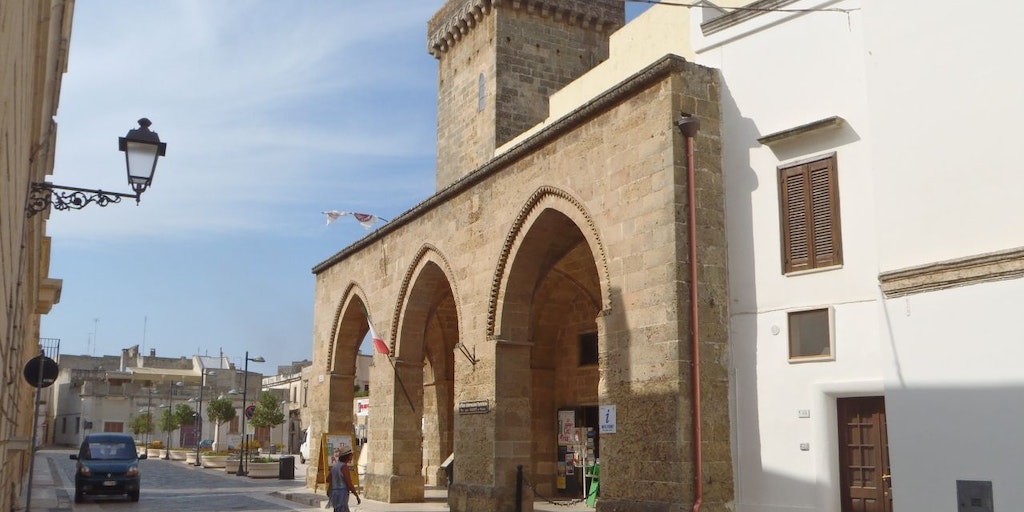 A touch of antiquity

The old town is situated at 100 metres above sea level while on the Ionian coastline you will find several small villages whose population numbers explode in the summer but are deserted in the winter.

Ugento is located approx 50 km from Lecce and about 25 km away from Gallipoli and Santa Maria di Leuca. The Ugento coast consists mainly of fine beaches of fine sand but there are also parts with rocks.

The town's economy is currently based on agricultural products, particularly olive oil and wine, as well as coastal tourism. Today there are around 10,000 residents throughout the municipality.

The town's saint is celebrated on January 22nd and at this time there is a lively atmosphere, with street markets and fireworks at the end of the day. Later on in the year, around 27 - 29 September, the Saint Medici is celebrated with another festival.