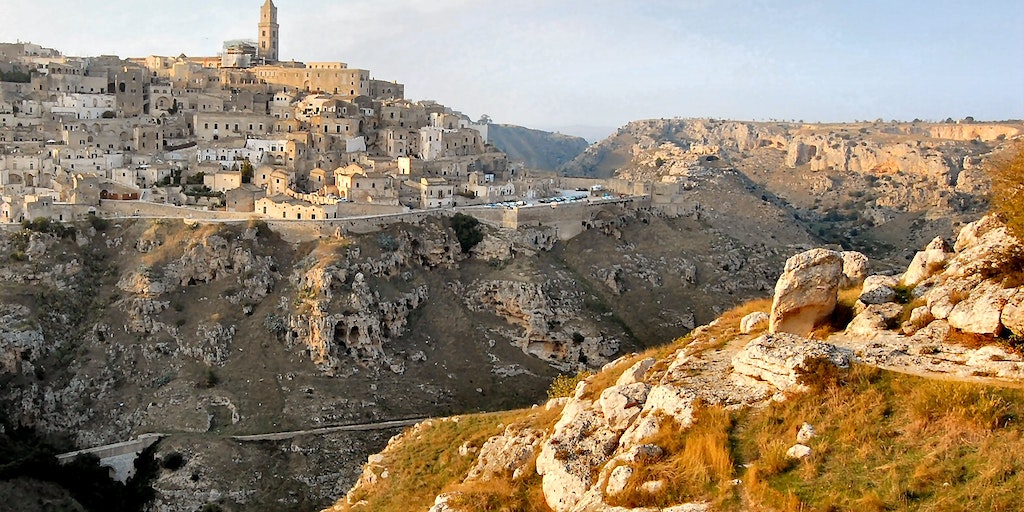 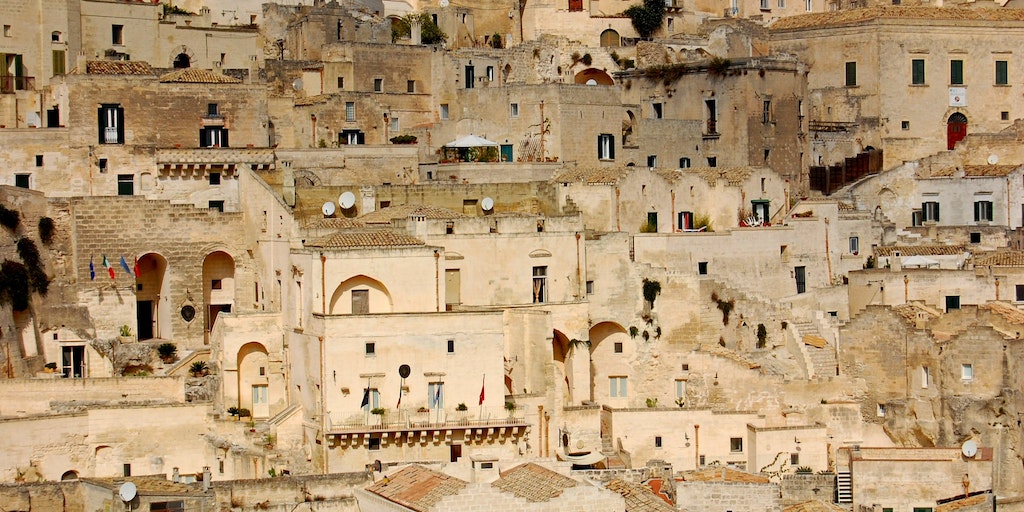 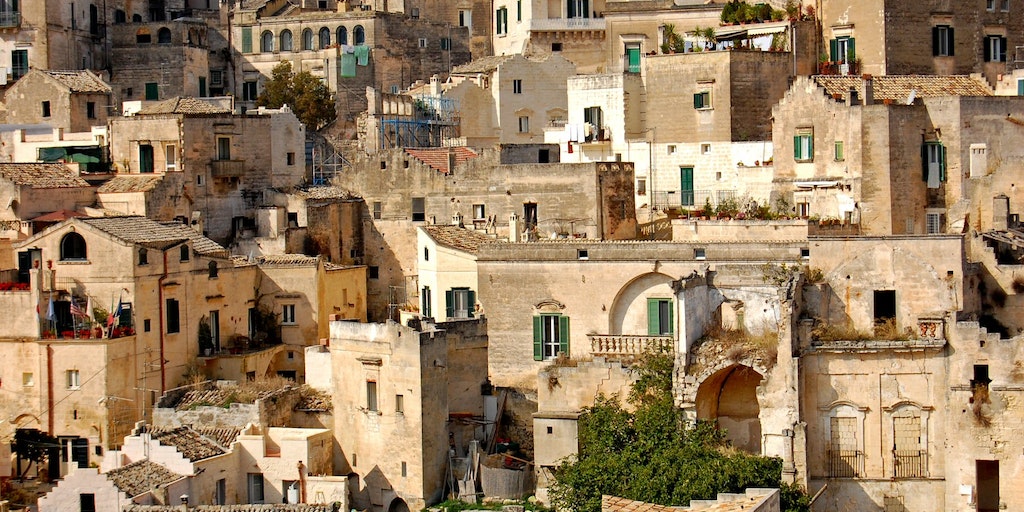 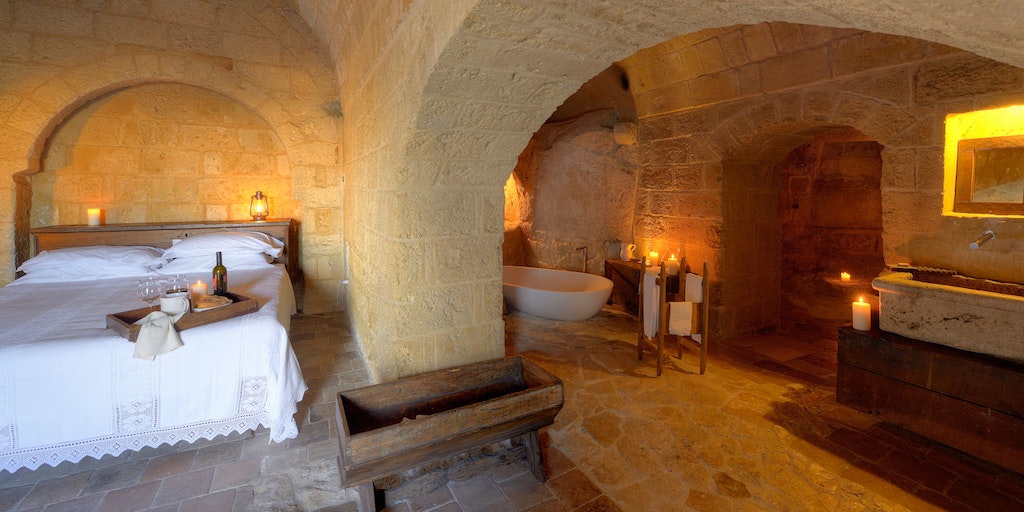 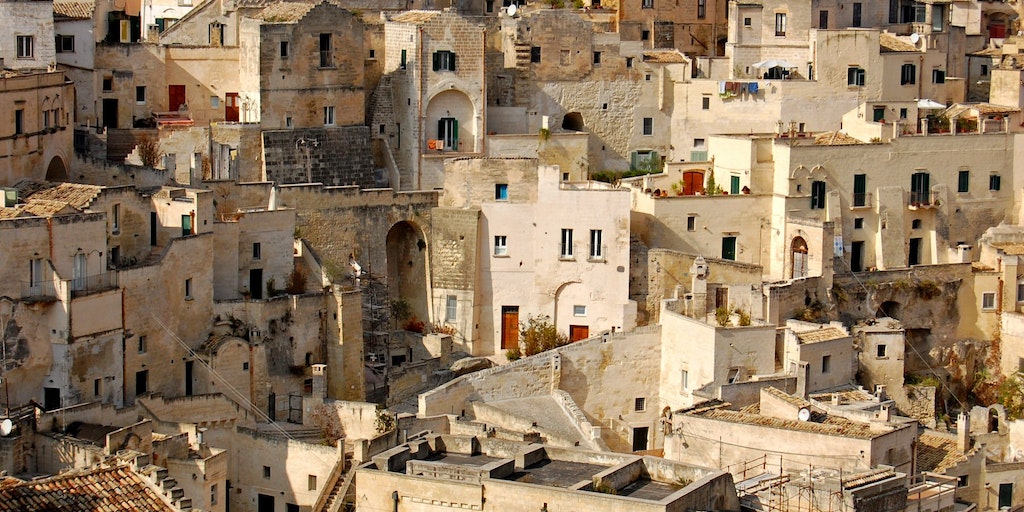 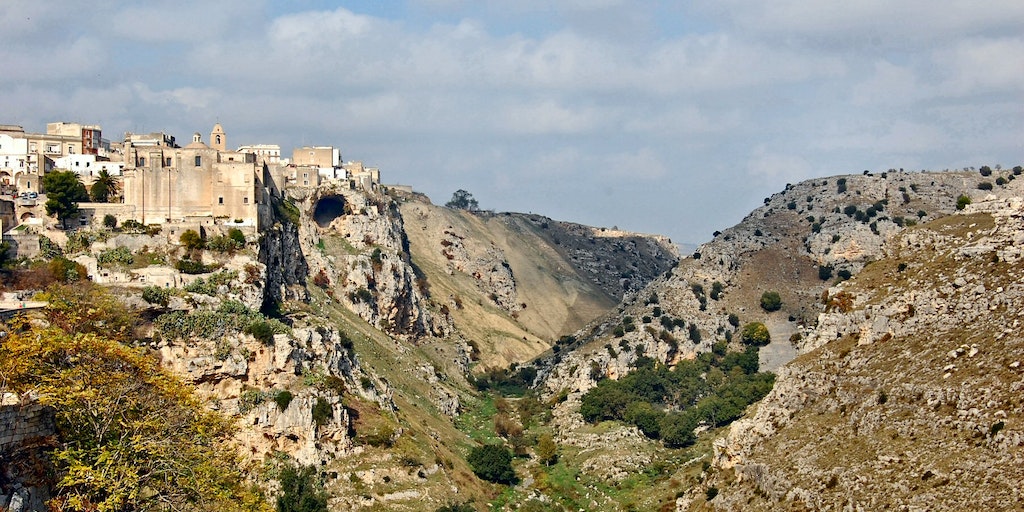 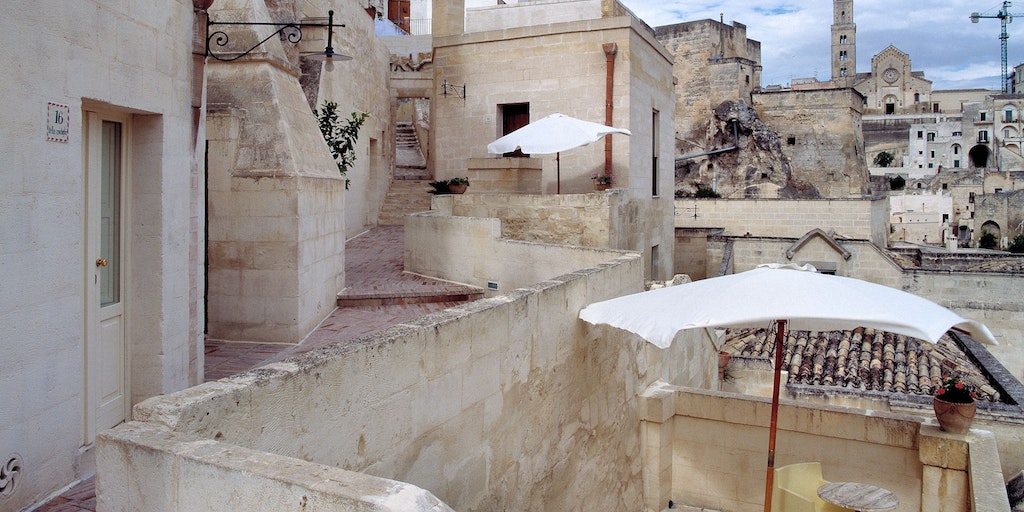 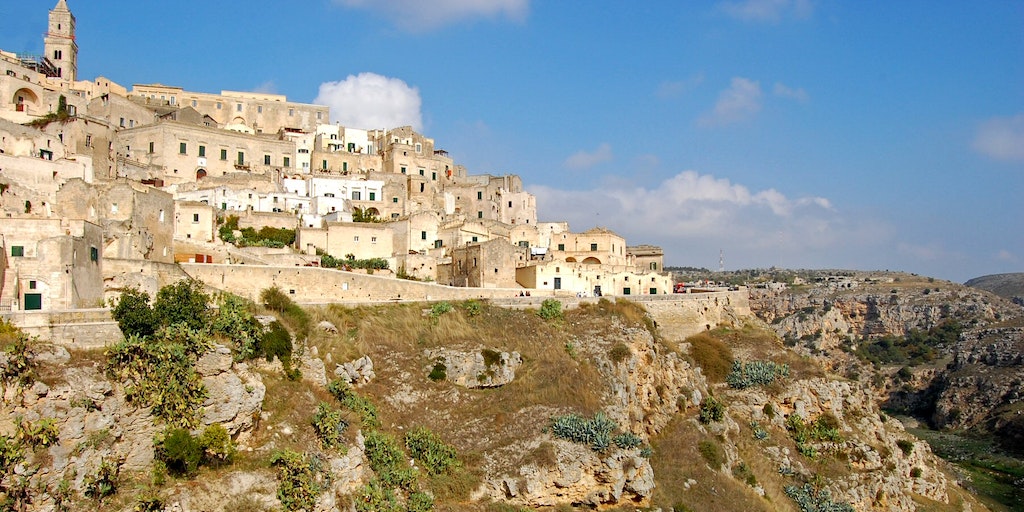 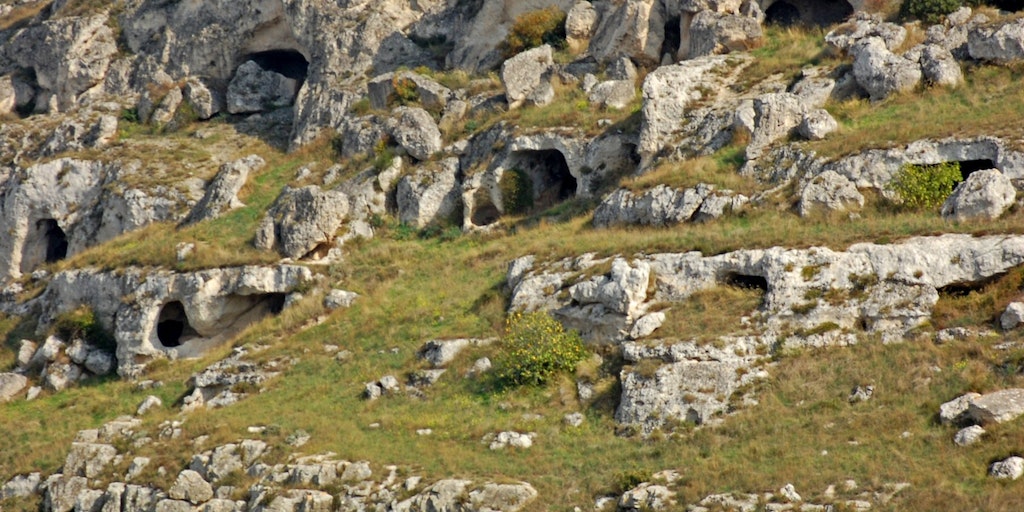 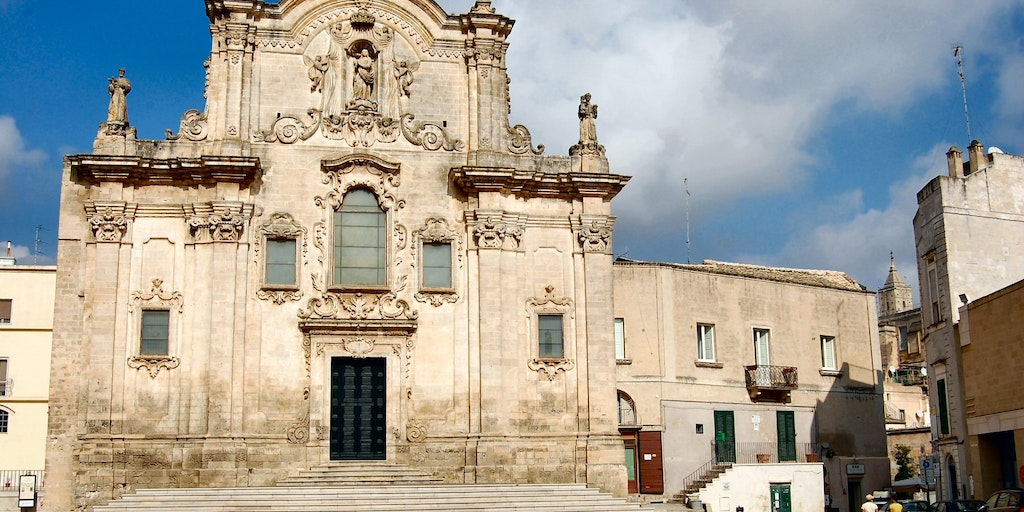 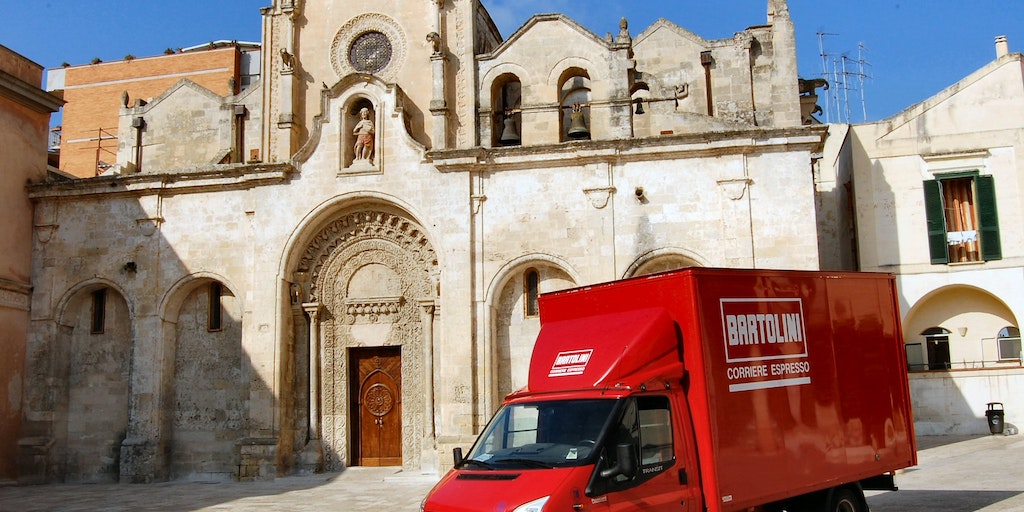 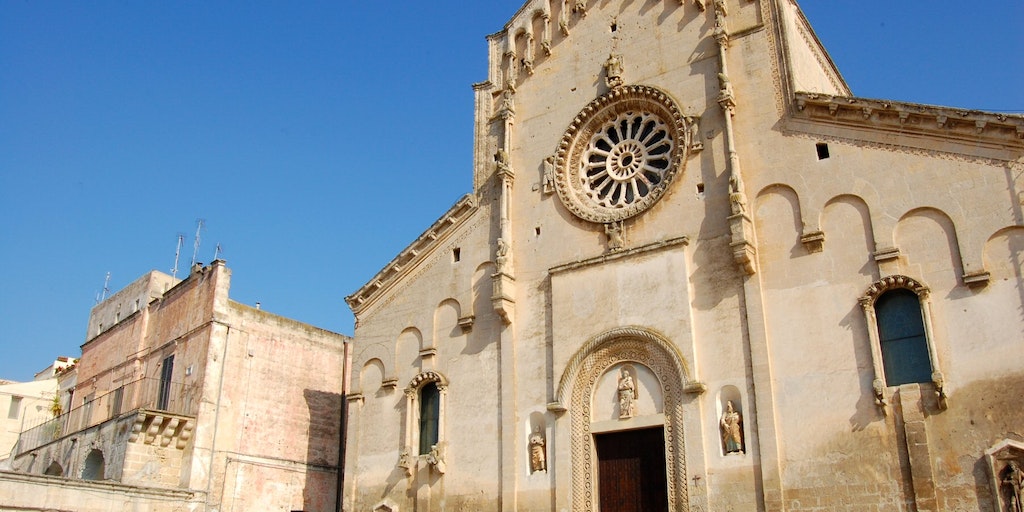 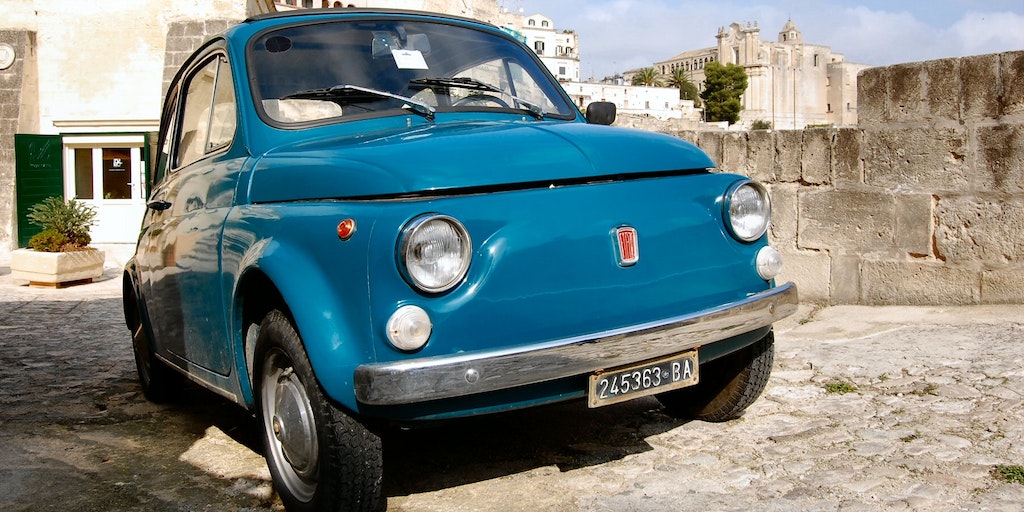 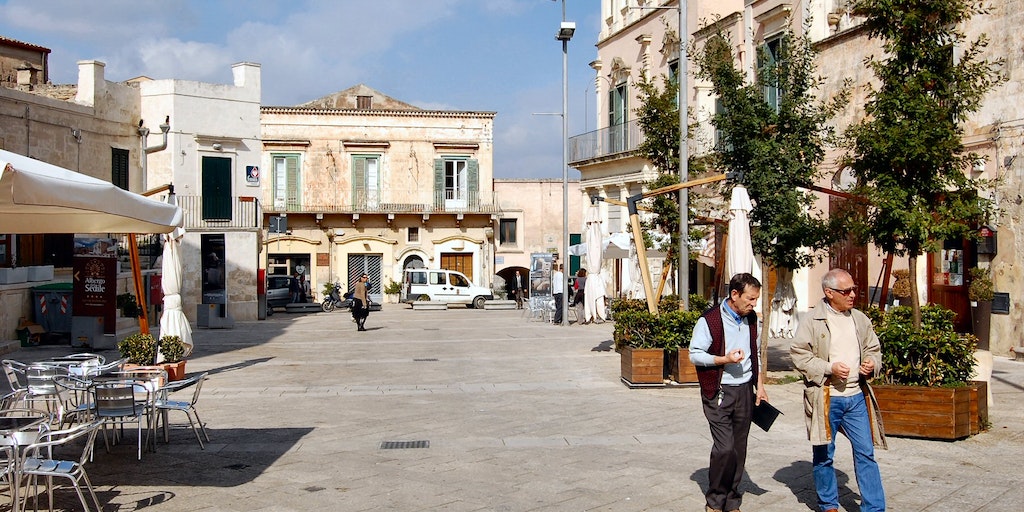 Matera houses some of the world's oldest and best-preserved settlements and in its prehistoric town i Sassi, you will feel transported to a distant era. It has been included on UNESCO's prestigious list since 1993.

It’s not the town of Matera itself which is interesting, but its old slum districts or "Sassi". There’s enough to keep you occupied here for days and we recommend that you read up on the area before visiting to get the most out of your trip.

Sasso Caveoso and Sasso Barisano are the two districts that up until the 1960's housed thousands of people in stone houses reminiscent of third-world conditions. In Carlo Levi’s novel “Christ Stopped at Eboli”, where Levi is banished to the under-privileged Southern Italy, his sister compares Sassi with Dante’s Inferno: “Never before have I seen such an outpouring of human suffering,” she says. The residents had “the gnarled faces of old men, desperate with hunger, and hair teeming with lice. Most had swollen stomachs and faces yellow with malaria.” When they begged, they didn’t ask her for money but for quinine.

After the Second World War, the Italian government decided to put an end to the scandalous condition of Matera. However, when they evacuated over 15,000 residents to more modern accommodation in the town, they ended up having to wall up some of the old Sassi stone houses to prevent their former residents moving back in!

During recent decades, renovation work has been conducted in the area, and some accommodation is beginning to be allocated to newly-weds. The ‘ghost town’ is now becoming fashionable, especially amongst artists, and there are even some bars and restaurants here now.

Cave Churches: In addition to the many caves for habitation, there are also a wide range of rock churches in the city (about 130 in total). For example 'Santa Maria d'Idris', which has frescoes from the 13th century and in the so-called Albanian district 'Santa Lucia all Malve' from the 10th century with frescoes in Byzantine style from approx. 1250 AD. If you are interested in the history you should visit the city's archaeological museum 'Museo Nazionale Ridola' which is located in the former convent of Santa Chiara dating from 1698.

To get a good overview of the city and enjoy it in all its glory you can journey approx. 2 km outside the town towards Laterza on the main road SS7, turn right towards the cave churches 'Chiese rupestri' and head to 'Belvedere' which is a lookout from where this is an impressive view of the city.

Returning to the Sassi district you will find that there is a newer part of town with the lively shopping street 'Via del Corso'. It is especially busy and in the evening around 8.00 pm and should be regarded as one of southern Italy's most bustling and atmospheric streets. Here you meet all age groups and people from near and far. Men wear mostly suits, ties and hats. Do not miss the cosy seats on Piazza Vittorio Veneto, Piazza Pascoli and Piazza Sedile.

Besides the many cave dwellings, there are quite a few cliff-top churches in the town. Examples of these are Santa Maria de Idris and Santa Lucia, which both house 13th century frescos, and, in the so-called Albanian neighbourhood, Santa Maria alle Malve from the 10th century, with frescos in Byzantine style from around 1250. The neighbourhood is known as the Albanian quarter because 15th century Christians fleeing Albania following the Turkish occupation settled here.

It is not only in literature that Matera has left its mark. The city has been used as a set for both Italian and international films, often religious in nature. In 2004, it was the setting for Mel Gibson's biblical work 'The Passion of the Christ', which used 5,000 of the city's residents as extras. The town appears in many of the film's scenes, especially the city streets such as Via Dolorosa where Jesus carries his own cross, and Gravina ravine with all the grotto caves, where the crucifixion takes place. Another example of a great film that has used Matera cosy environment as a backdrop is the award-winning Italian film 'L'Uomo delle Stelle'. It's about a film maker running around in southern Italy and pretending to be a talent scout for a large Roman film company. He gives the poor people false hopes of a better future.

As mentioned, there is enough of interest in Matera’s Sassi for quite a lengthy visit, and we recommend reading up on the town’s history before your visit so that you can get the most out of your trip to this fascinating town. We also recommend getting hold of a map before you begin exploring the Sassi, since it’s very easy to get lost. Remember that Matera lies in a ravine, and is therefore not suited for exploration if you have trouble walking or are not in good health.