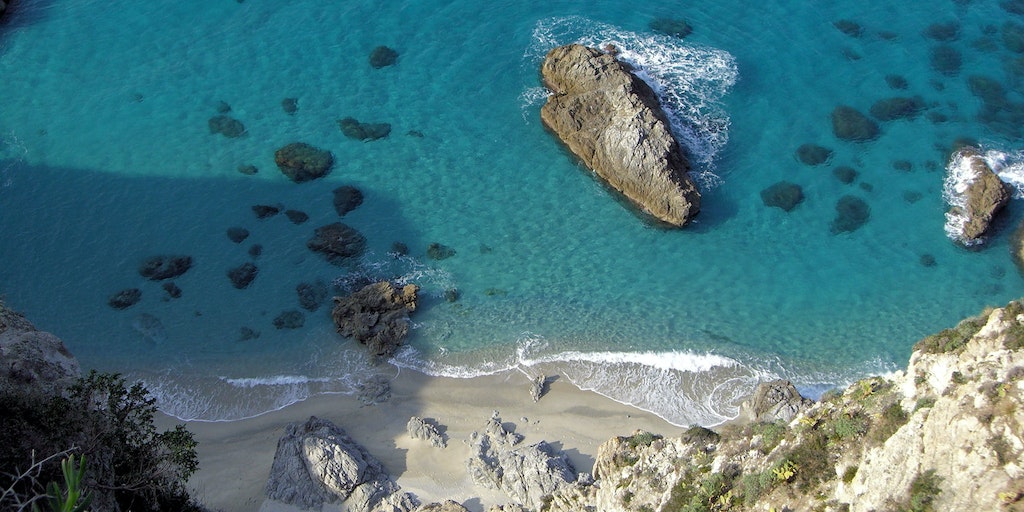 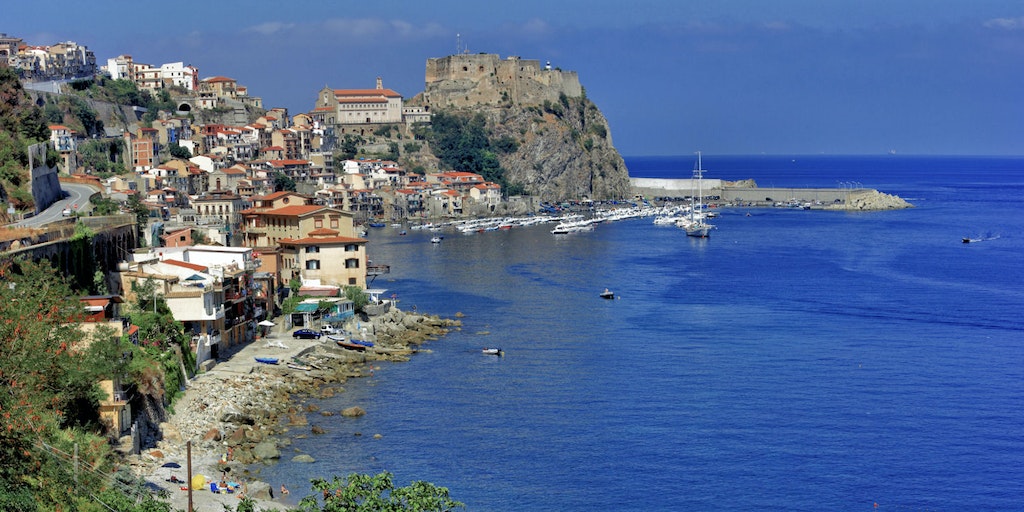 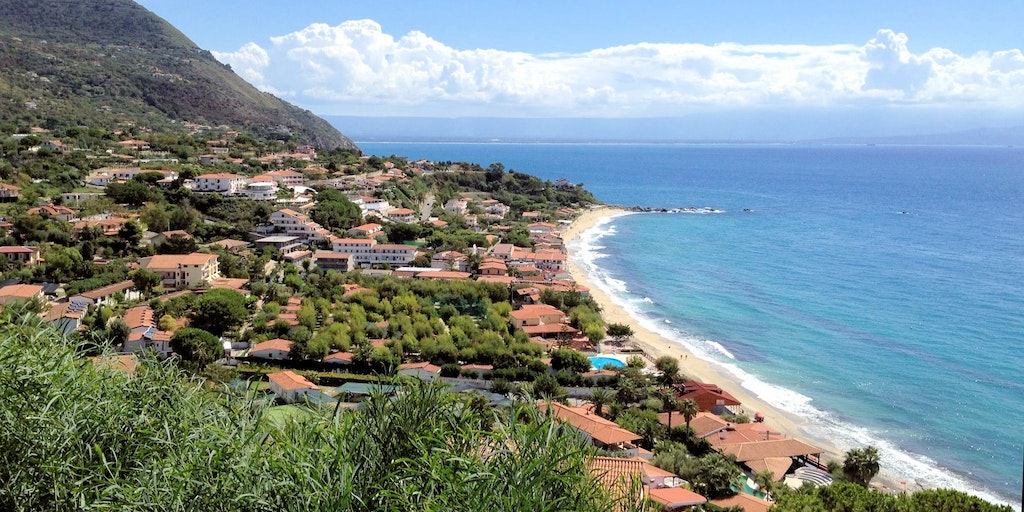 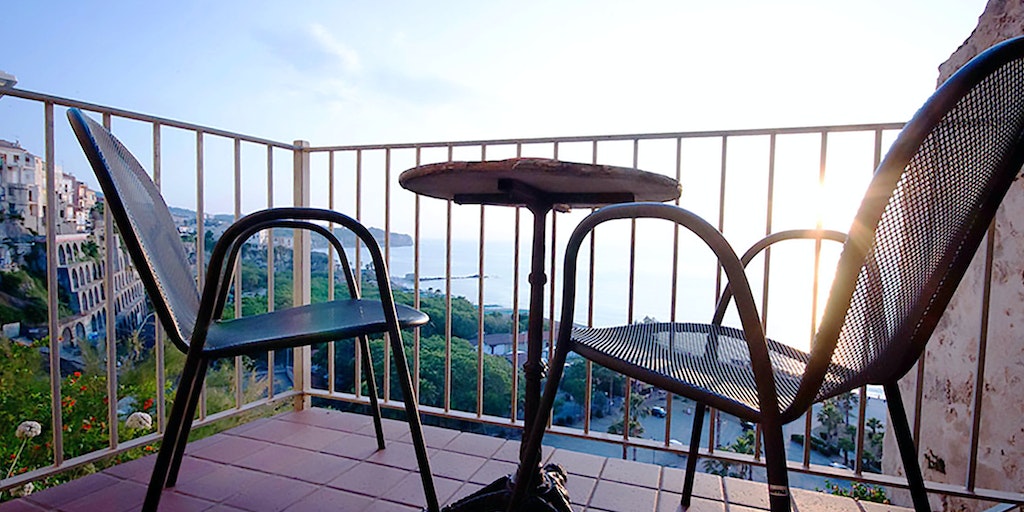 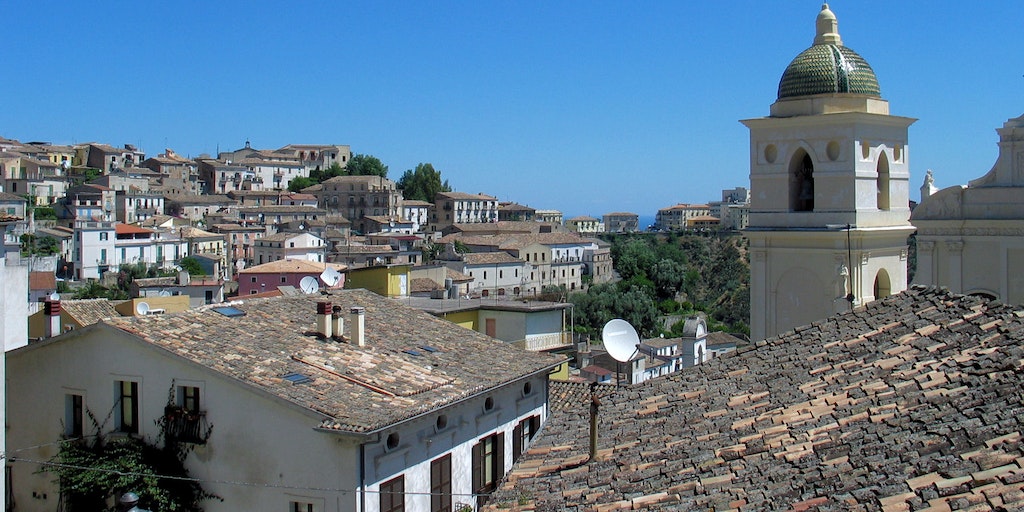 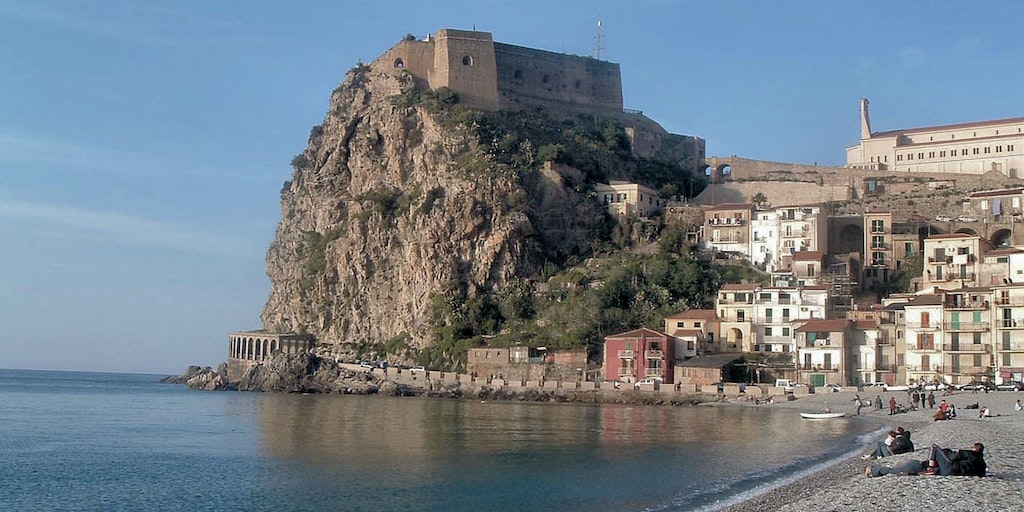 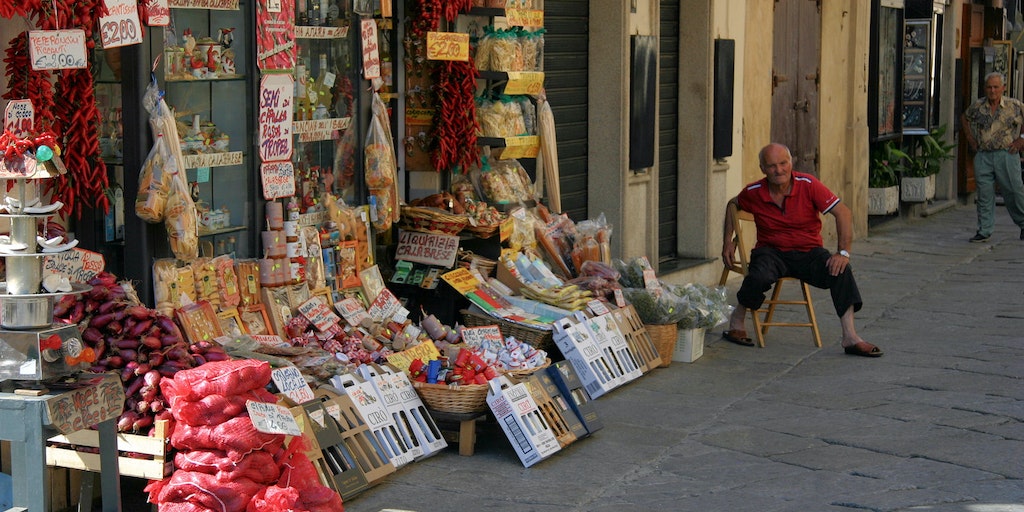 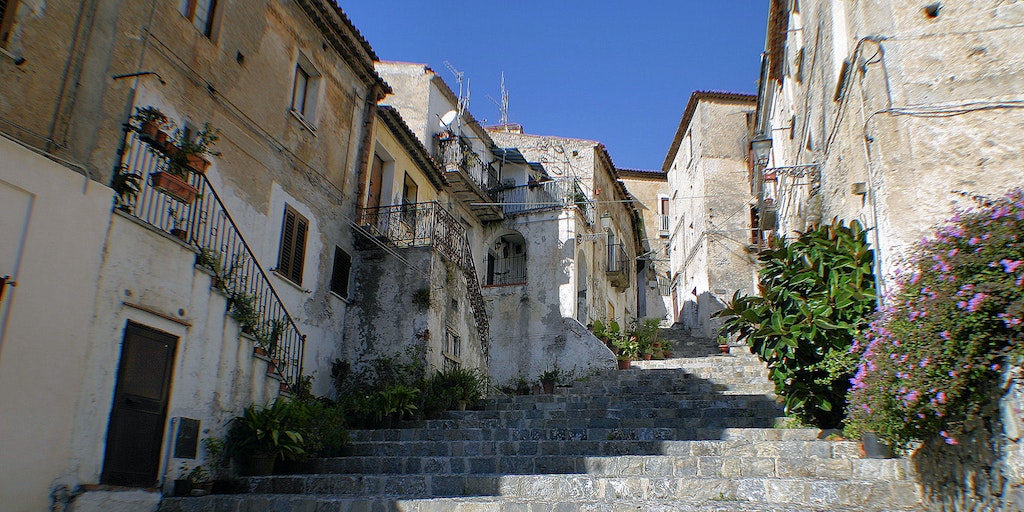 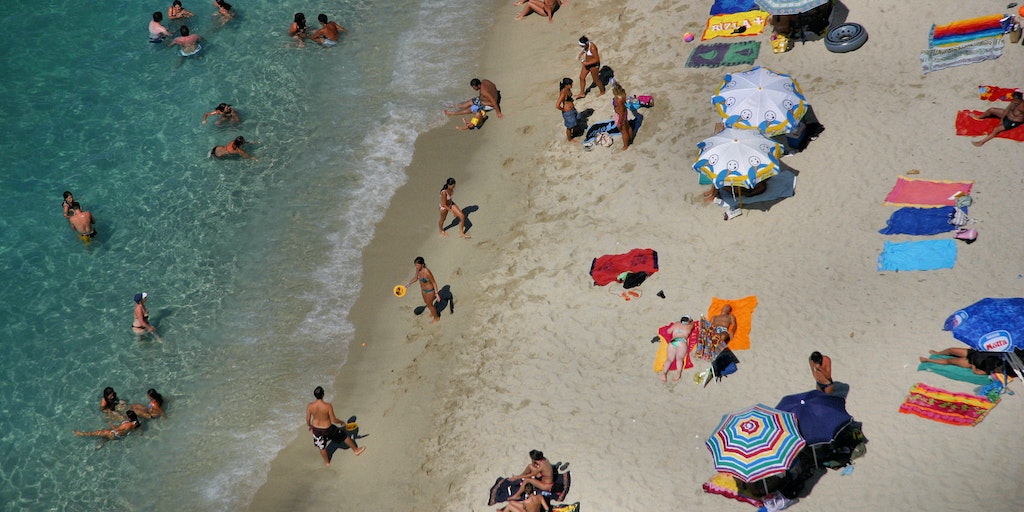 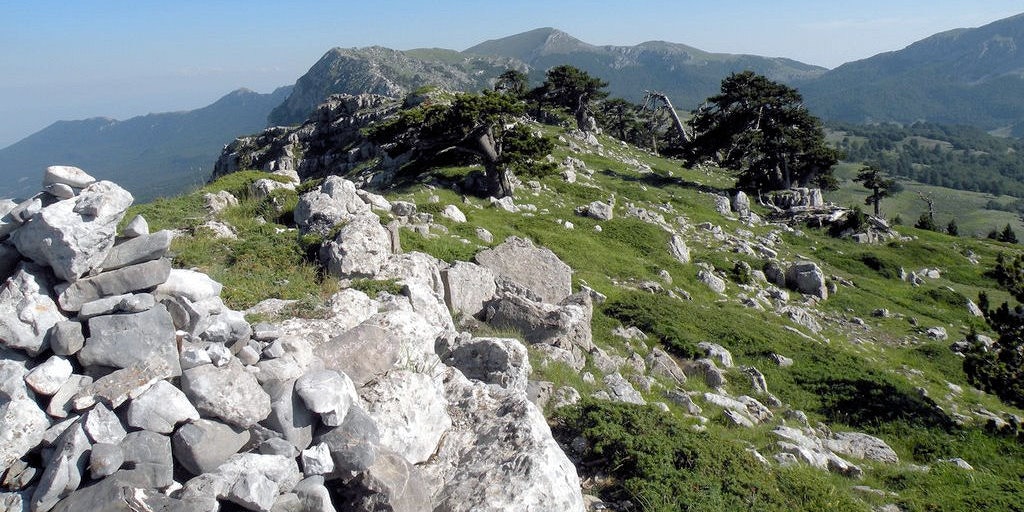 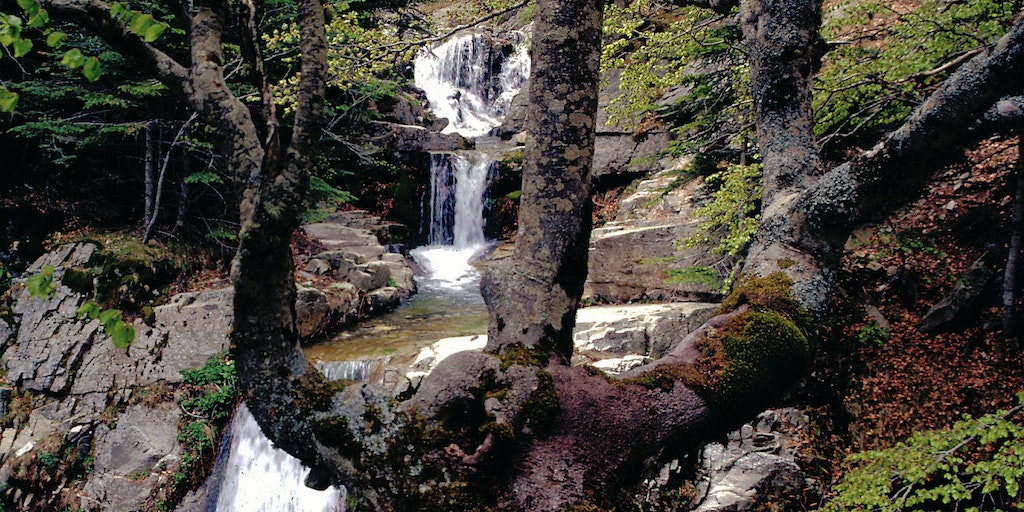 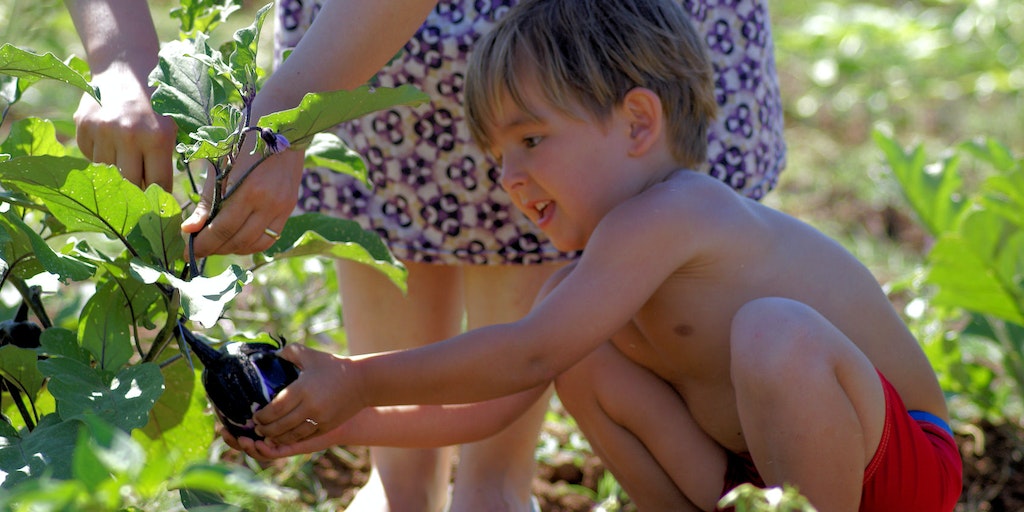 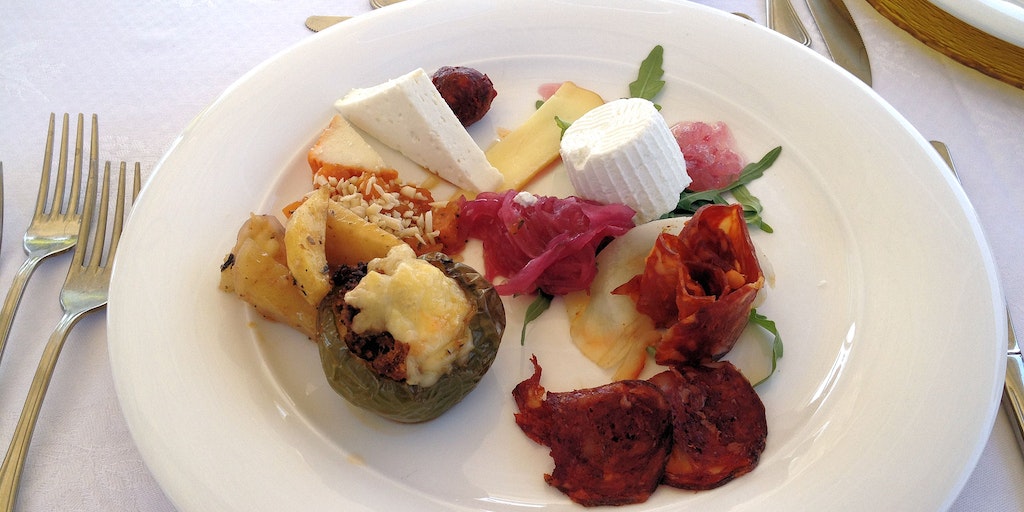 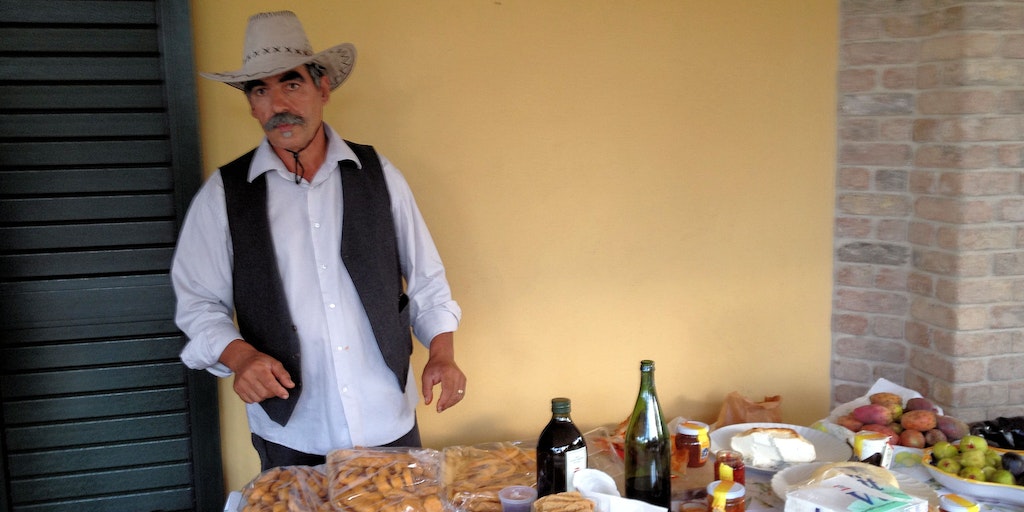 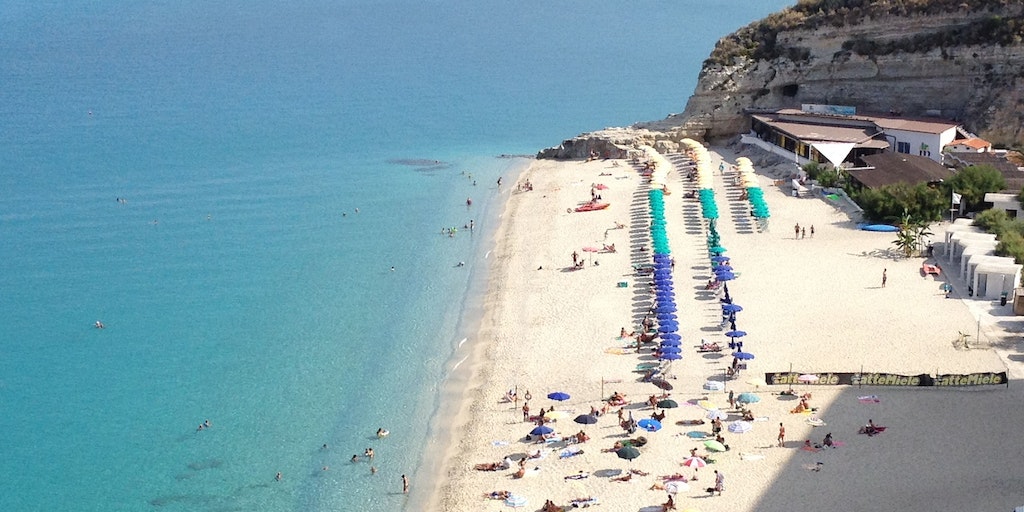 Book your holiday accommodation in Calabria and you will find an untouched landscape in southern Italy, with a rich culture, fascinating towns, superb beaches and simply but tasty gastronomy.

Most popular areas in Calabria

See all cities and destinations in Calabria

Are you looking for azure blue sea, picturesque bays, village and towns with much character and history? Then look no further, Calabria is the answer to your holiday needs.

In ancient times Calabria was part of Magna Graecia and mythology seems to be inextricably connected to the beautiful and desolate landscape here. But there is more to Calabria than mythology. Great personalities like Pythagoras lived in Calabria where he founded his school of philosophy in Kroton (Crotone today). The best training centres for the ancient Olympic athletes were founded in Sibari.

A visit to Calabria must first and foremost focus on the sea and the amazing scenery of this region.

Cosenza is a very old town of Greek origin and already known during the Punic wars. In fact, the town sided with Hannibal against the Romans. The centre of the town is well preserved, and great historic figures like the German King and Holy Roman Emperor Frederick II helped at the time to restore the town's biggest monuments. Cosenza has a number of old and interesting sights including monasteries and palaces.

From a height of approx. 350 m Catanzaro, the capital of Calabria, commands stunning views over the Musofalo and Fiumarella valleys. In spite of its long history, and evidence of the presence of Robert Guiscard himself, today the town appears relatively modern because of an extensive earthquake in the 18th century. Therefore the Baroque era is richly represented in Catanzaro although the town's roots go right back to the powerful Byzantine Empire.

Reggio Calabria on the southern tip of Calabria dates back to year 700 BC. The town is set by the delightful Messina strait with fabulous views of the island of Sicily. Evidence of a glorious past in the shape of old Greek ruins and remains of Roman baths with fantastic floor mosaics can be found amongst the orange groves and palm trees surrounding the town. The town's national museum is home to several fantastic Greek artifacts and the town's Roman cathedral is also worth a visit.

Crotone occupies a central place in Magna Graecia's history. Today it is a modern industrial and commercial town. But much of it historic centre is still well preserved. The cathedral with Byzantine paintings must rank amongst the top sights. The castle built in 1541 by the Spanish don Pedro from Toledo as a defence against the Saracen attackers is also worth a visit.

Tropea is thought to have been founded by Scipio Africanus himself on his return from conquering Carthage. But the Arabs, Normans and Spaniards have also been in residence here. The town's 4 km long white sandy beach and the undisturbed landscape make Tropea a remarkable place. Especially the old part of town is interesting and atmospheric with its many winding alleyways and passages, Piazza Ercole and several great houses built as homes for the nobility.

Scilla is picture postcard pretty as it nestles on the cliffs above the sea. From the Ruffo castle the fantastic sunset is a wonder to behold as it colours the sea red, and sometimes makes it possible to see the Aeolian islands.

Gerace is set in breathtaking landscape and exudes medieval atmosphere. The town has a number of old churches and houses, small piazzas and pretty streets making it a special treat to visit.

Stilo is of Byzantine origin and according to some is one of the most important towns in Calabria as far as art and history is concerned. The jewel in the crown is Cattolica di Stilo dating back to the Byzantine era. It also has a Norman chapel. The old part of town is a labyrinth of quaint streets. The cathedral with its Roman and Gothic entrance is also fascinating.

The history of Calabria is influenced by the region having been part of the mighty Magna Graecia and later the Roman Empire.

In places like Stilo, remains have also been found from the period when the Byzantines ruled this part of Italy.

The Normans had their headquarters on Sicily and they too left many monuments in Calabria. The German King and Holy Roman Emperor Frederick II also left his mark on the region.

For many years the Spaniards dominated Calabria, which is evident from the special Aragonese style of building.

Not many places on the Mediterranean can boast such fantastic sandy beaches and rocky coastline as Calabria – nor a sea so alluring and crystal clear.

No matter where in Calabria you stay there will always be first class opportunities for a laid-back beach holiday whether you prefer swimming from rocks or from a superb sandy beach.

In addition there are several smaller beaches almost inaccessible by foot but once there you are almost guaranteed to have the beach to yourself.

Some of the most popular sandy beaches and rocky coves in Calabria are Santa Maria dell'Isola in Tropea, Scoglio dell'Ulivo in Palmi, Pietra Grande by Catanzaro, Copanello by Catanzaro, San Nicola Arcella and Costa di Cetraro by Cosenza, Isola di Capo Rizzuto by Crotone and Capo Vaticano.

Huge areas of Calabria offer a magnificent and undisturbed natural habitat. The region is mountainous and these areas are still relatively unknown. Some of the mountains are steep, rugged and severe with deep ravines whilst others are soft and wooded.

The Calabrian mountains offer no less than three National Parks: Pollino, Sila and Aspromonte and more than 16 Nature Reserves. The mountain regions are rich in fauna with wolves and eagles living here. An abundant flora of flowers and trees including different types of oak, fir and maple can also be found.

Snow forms a natural part of the mountains in the winter months and autumn is most spectacular when the colours of the trees change. If outstanding nature in a landscape as yet undisturbed is for you, then Calabria has everything you could possibly wish for.

Food in Calabria is influenced by two important factors: its close proximity to the sea and the huge mountain areas. The type of food depends greatly on where you are in Calabria. Naturally a stay along the coast will mean fish, fish and more fish, whereas a stay in the mountains will mean game and generally much more meat.

Fish and seafood: Tuna and swordfish are plentiful. From the small ports the fishermen still go out in their traditional boats and catch the big fish using old methods. In Calabria sea urchin is also very popular.

Meat, game and poultry: Lamb and kid are available everywhere in Calabria. In the mountains game like hare and deer is also on the menu.

Sausages and ham: All over Calabria it is possible to get the sausage Capocollo di Calabria made of pork. ‘Nduja is a special kind of spreadable sausage and is very piquant. Pancetta di Calabria is air-dried bacon spiced with dried chili powder. Salsicci di Calabria is also available all over the region and is made from pork.

Cheese: Reputedly the best cheese in Calabria is Pecorino del Monte Poro. It is a sheep's cheese from the mountains. The area where the sheep graze is full of herbs, which flavour the cheese. It is best enjoyed medium matured.

Sweets: Marzipan and dried figs with various fillings are among the favourite sweets.

Wine and vineyards: Calabria has not yet produced great results on the wine front even though there are a few excellent vineyards. Of course, this does not mean that you cannot get a glass of good local wine, but rather that the great wine experiences are far and few between. Nevertheless there are some really fine vineyards in Calabria producing wine on good local grapes. They are as follows: Odoardi, San Francesco, Librandi.