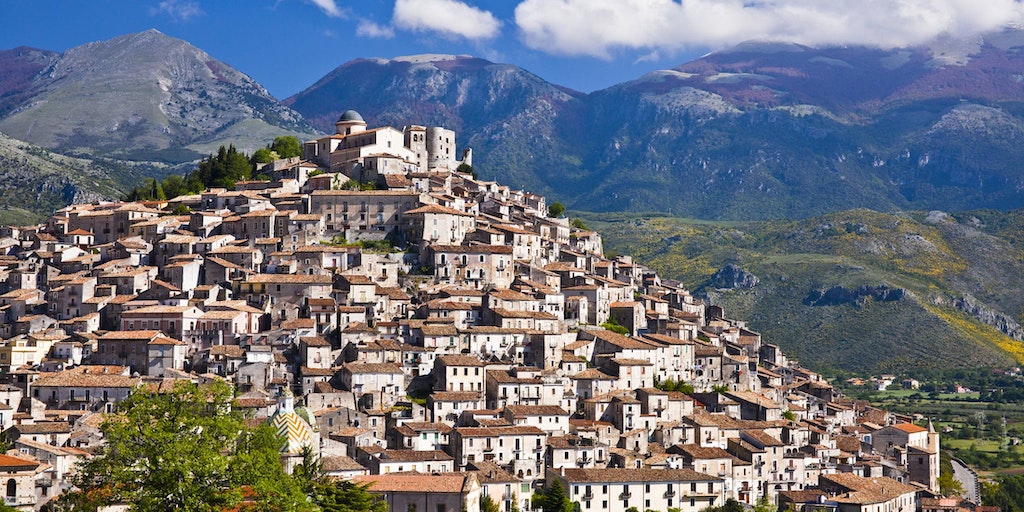 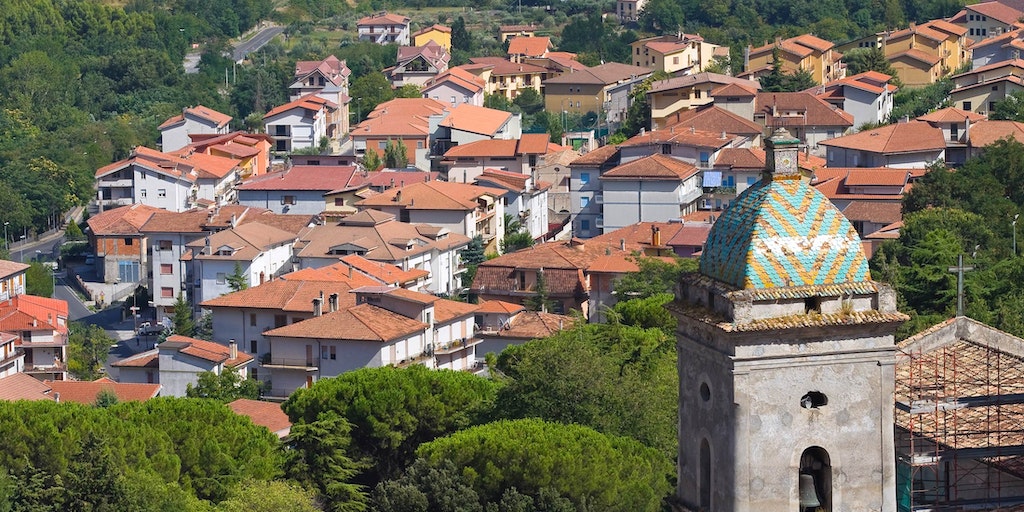 Perhaps one of the most picturesque towns of Italia

The towns shape resembles a pyramid or cone resting against a mountain slope with houses on different levels. Morano (or the local dialect Murènu ) is located with its terracotta hues and shades of beautiful and glaring with impressive scenographic mountains around them, culminating the 2248 meters high Monte Pollino in the background.

Morano Calabro is a very distinguished old Roman town in northern Calabria on the border with the Pollino National Park.

At the highest point of town you will find the castle from 1490 with the very beautiful corner towers. The city also has fine examples of church architecture, visiting sites such as San Bernardino, which dates back to the 1400s. Patron saint San Bernardino is celebrated also with a religious celebration every year on 20 May. Morano's well-preserved historic center and distinctive profile has given the city a place on the list of Italy's most beautiful Medieval towns, I borghi più belli d'Italia .

What not to miss

From that period dates the first fortress on the summit of the hills, extended in the 9th century with a real castle, of which today only remain scenographic ruins. The late Medieval layout, with a compact fabric of houses and a labyrinth of stairs, winding streets, in part carved in rock, remains.