Hotel in Maiori on Amalfi Coast 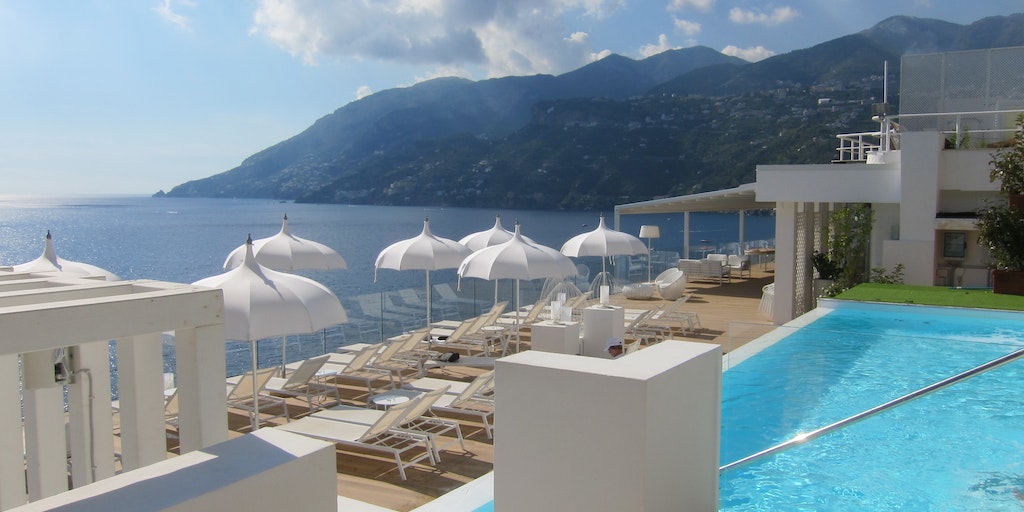 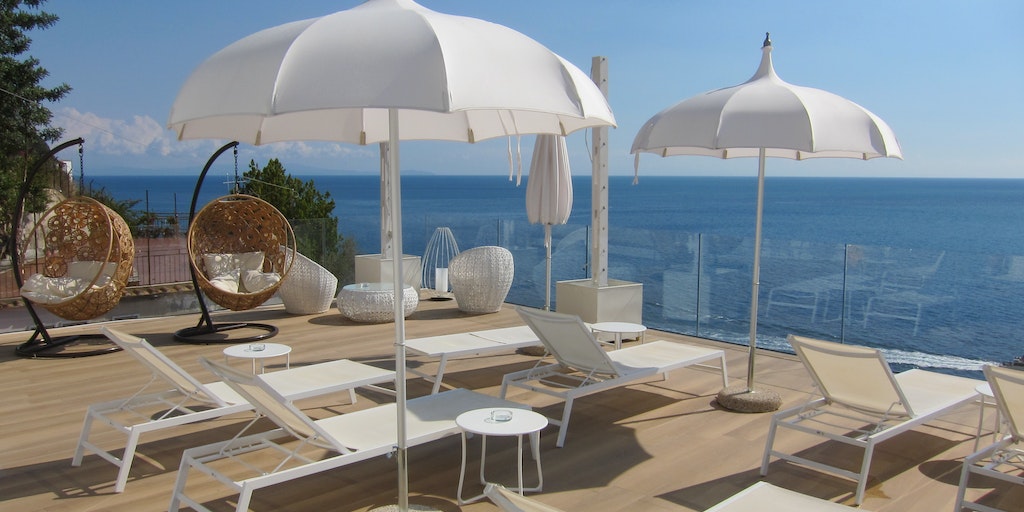 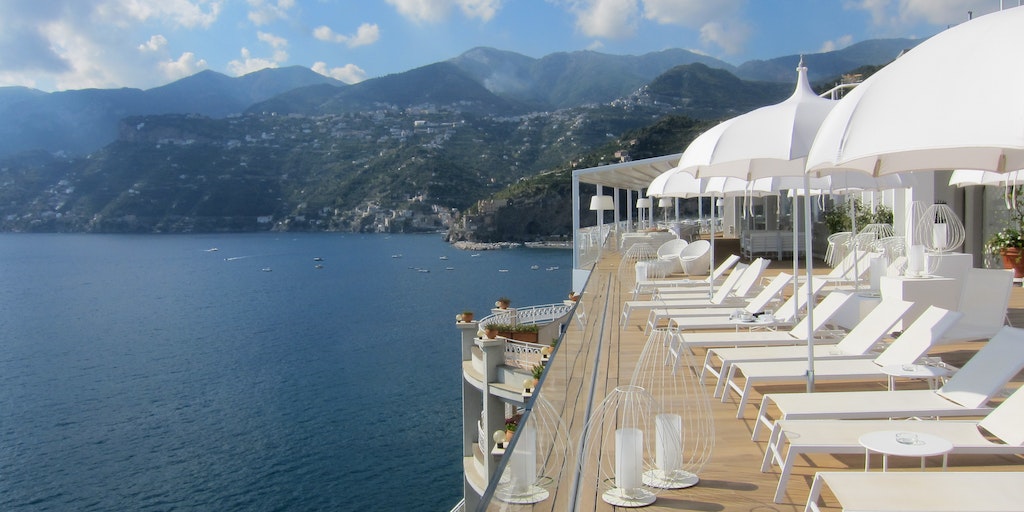 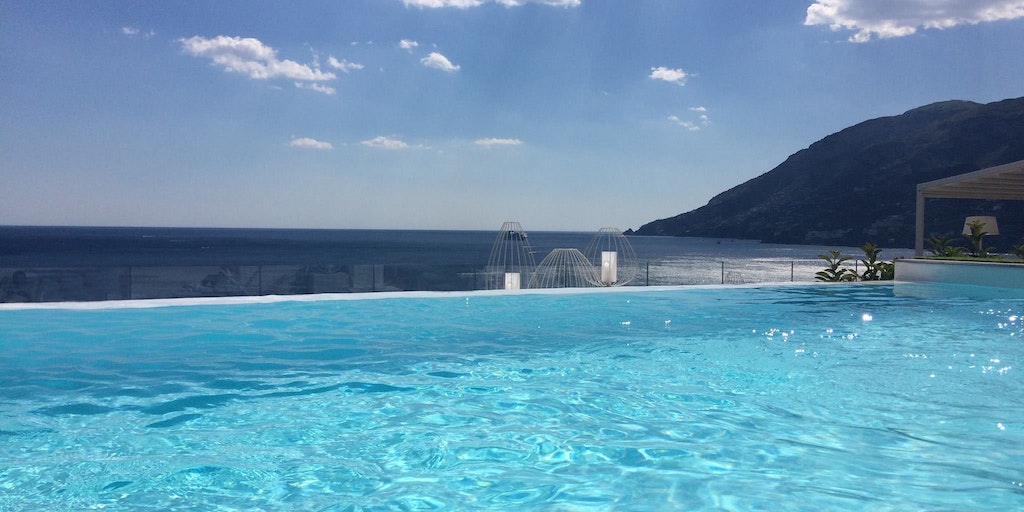 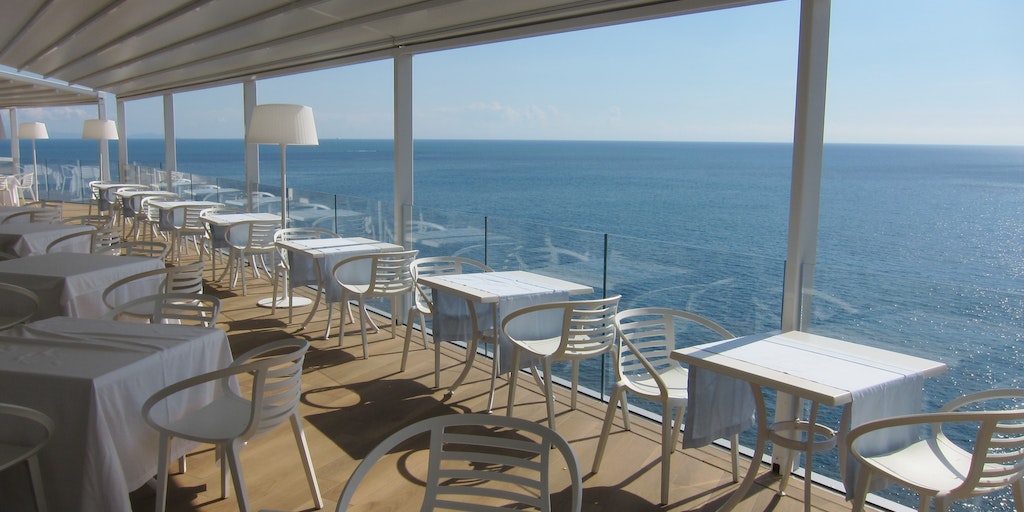 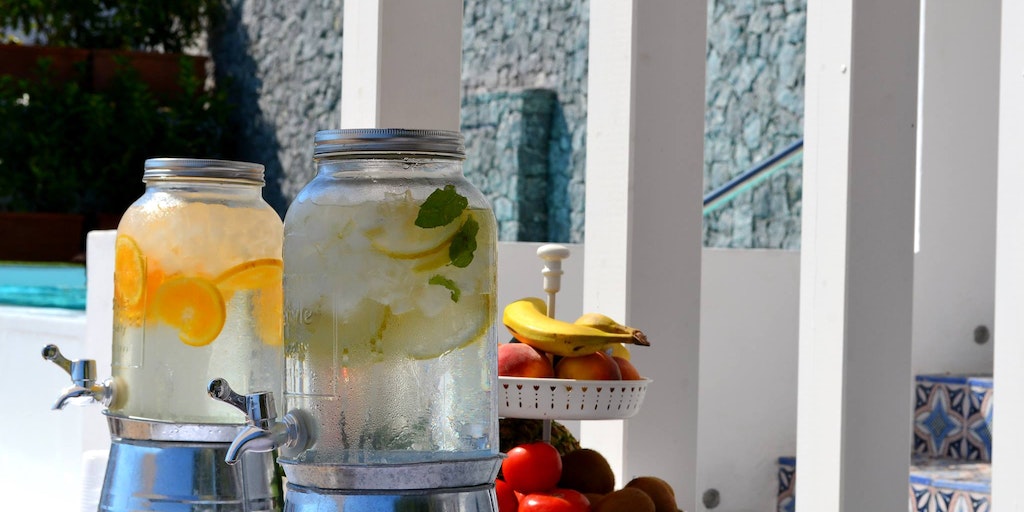 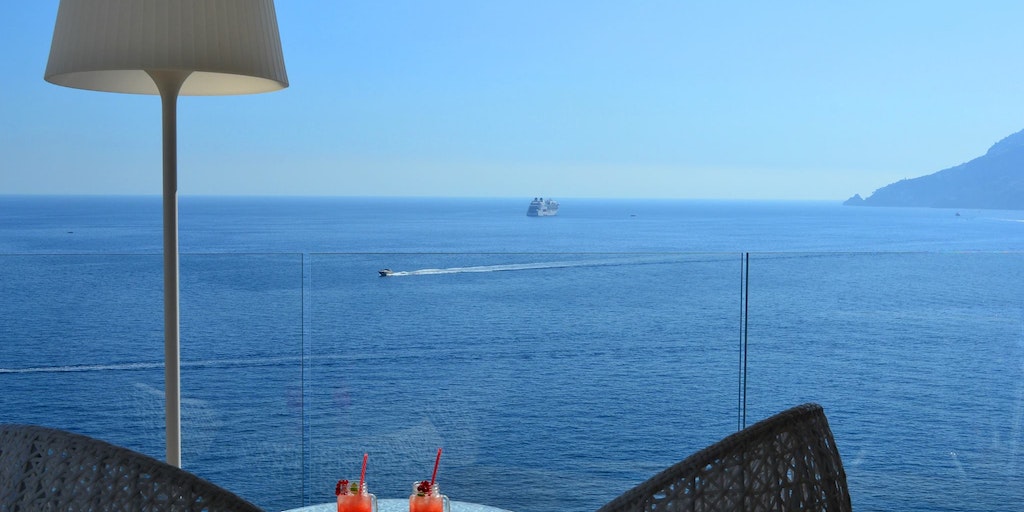 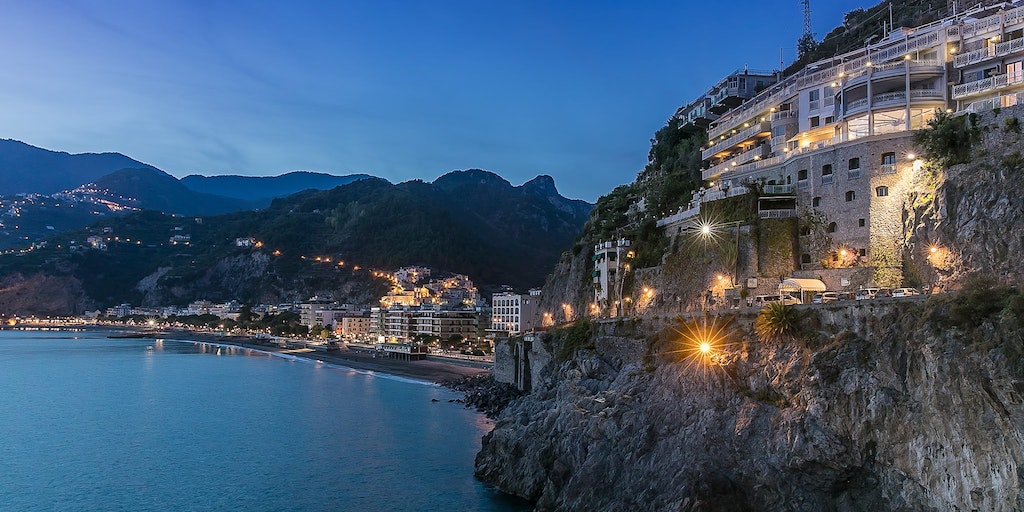 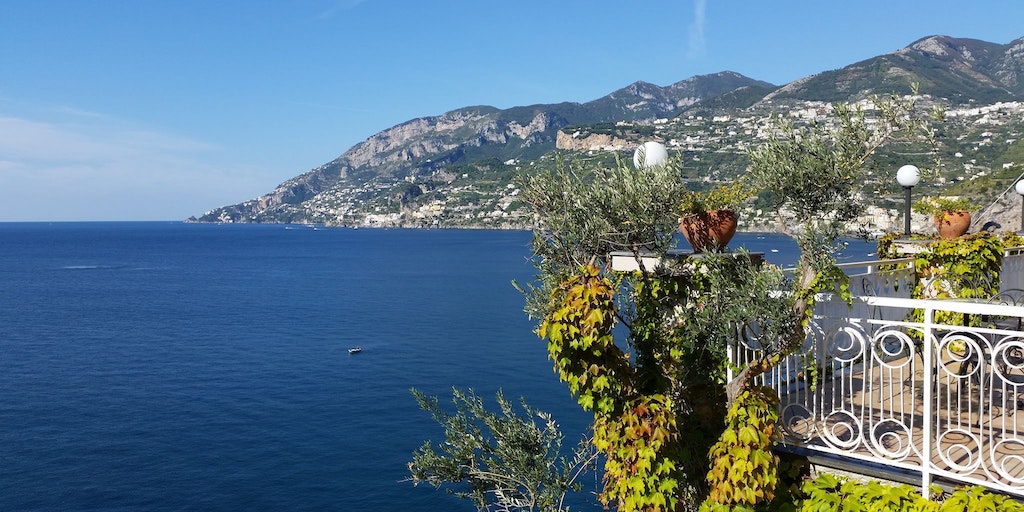 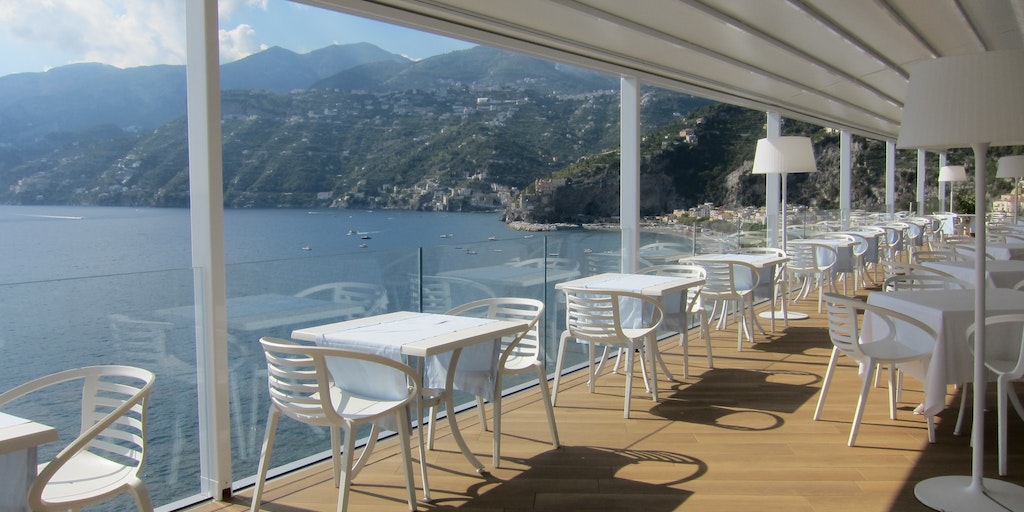 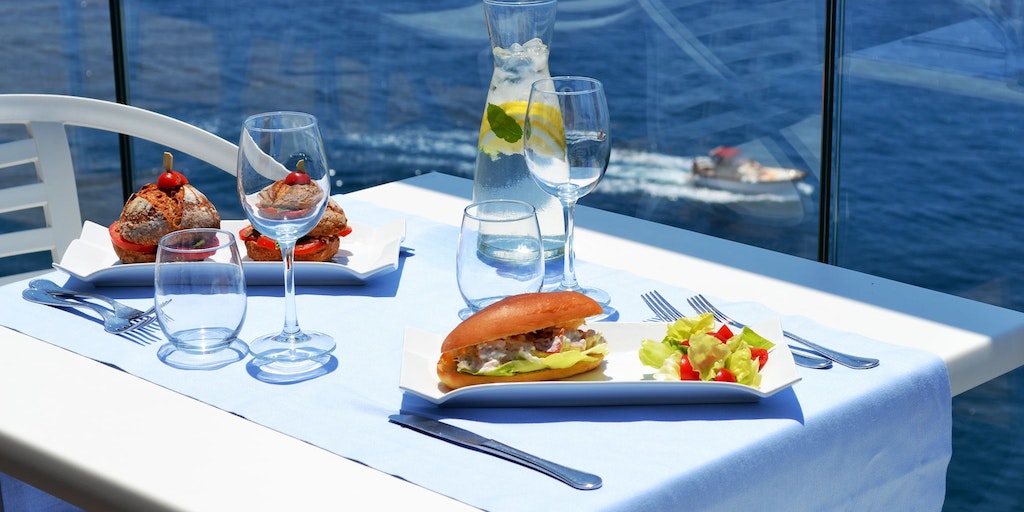 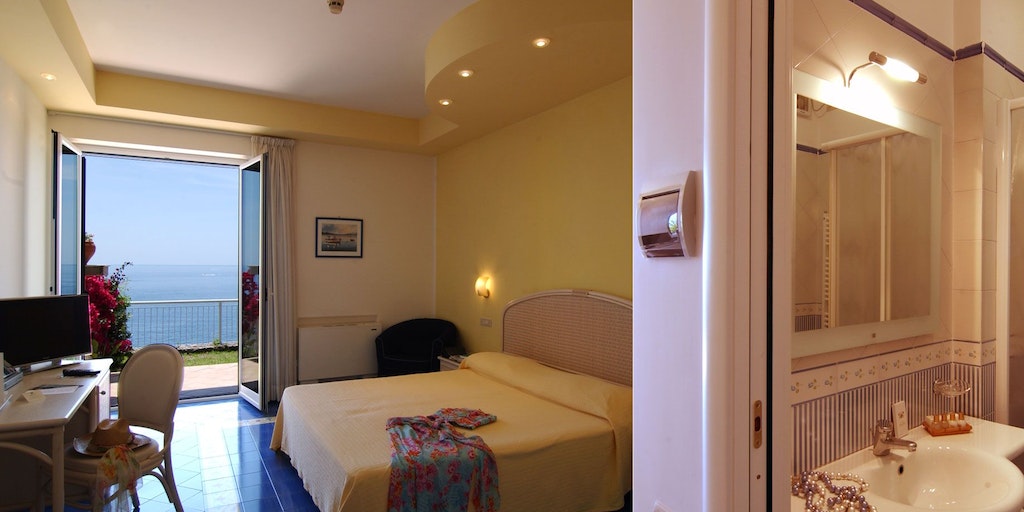 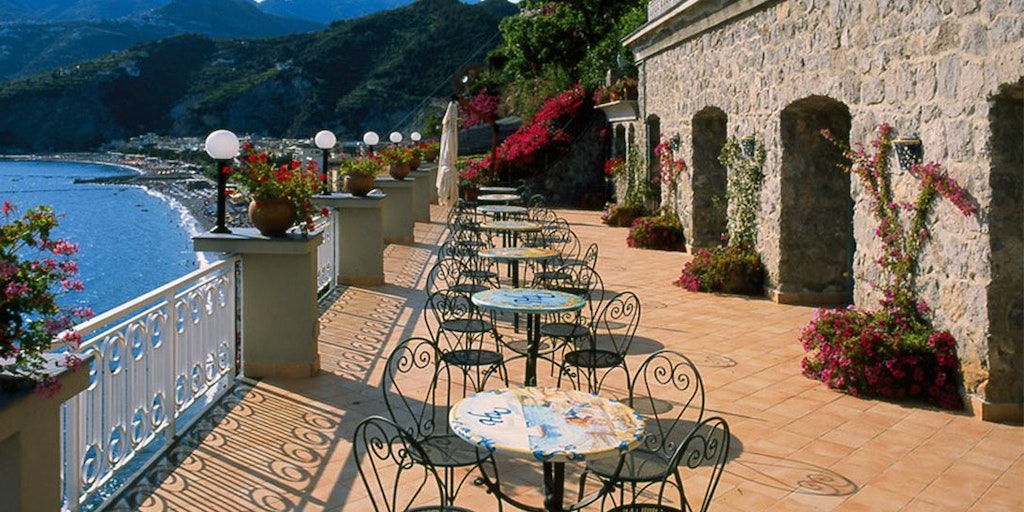 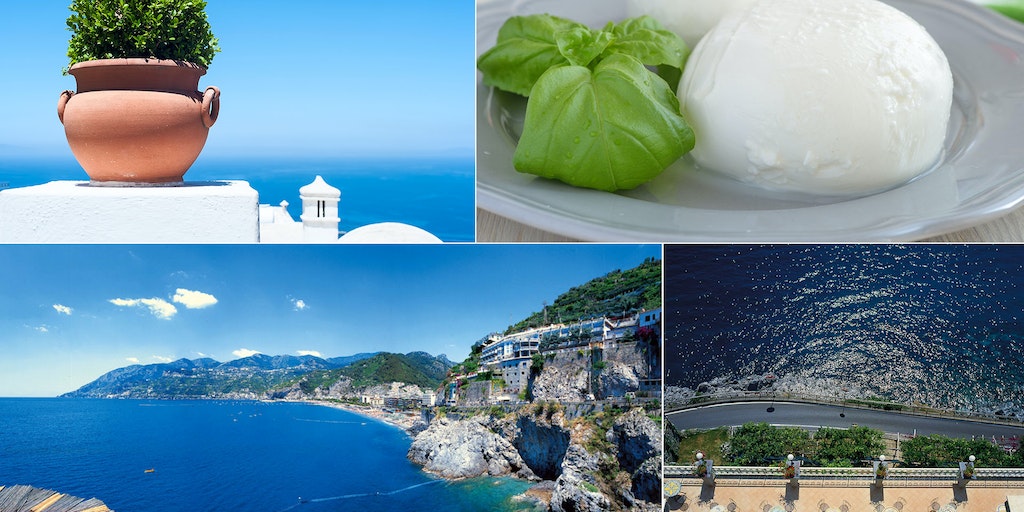 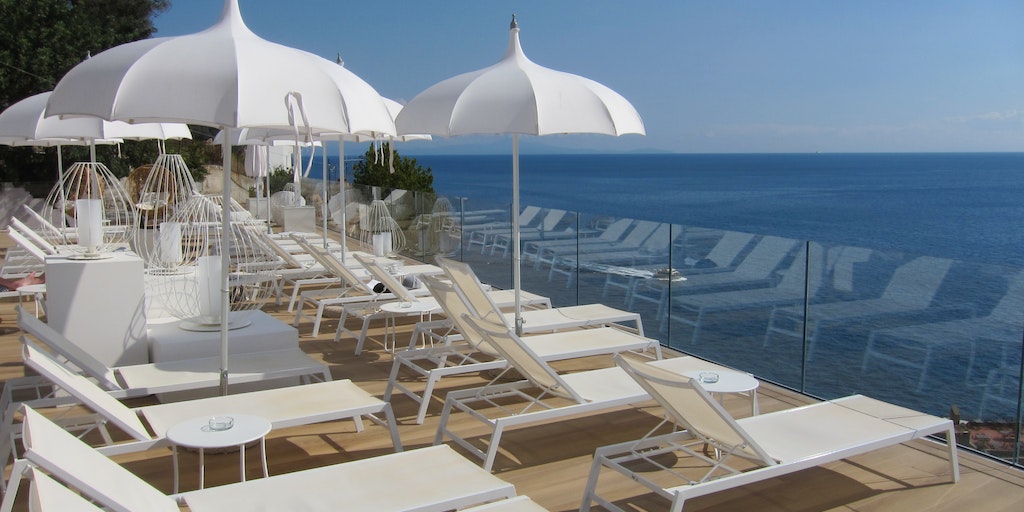 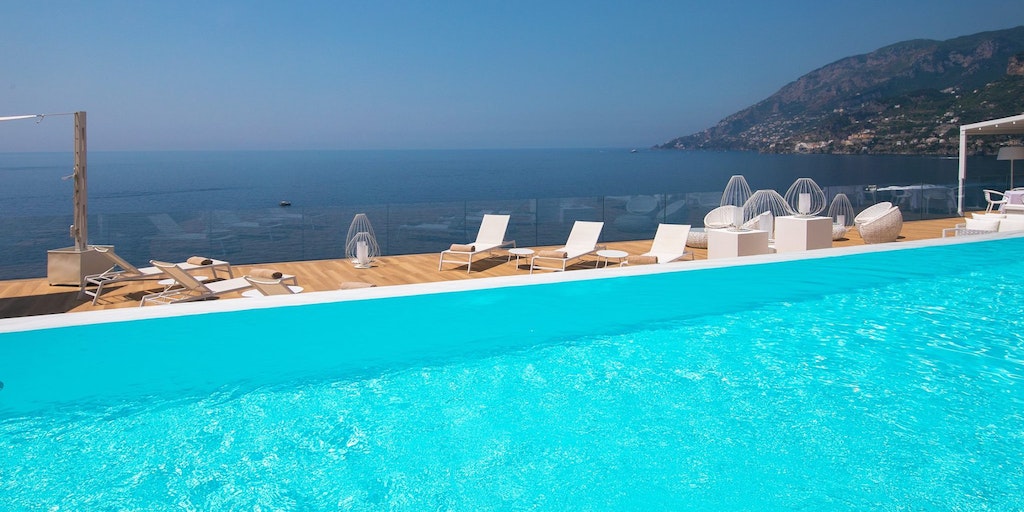 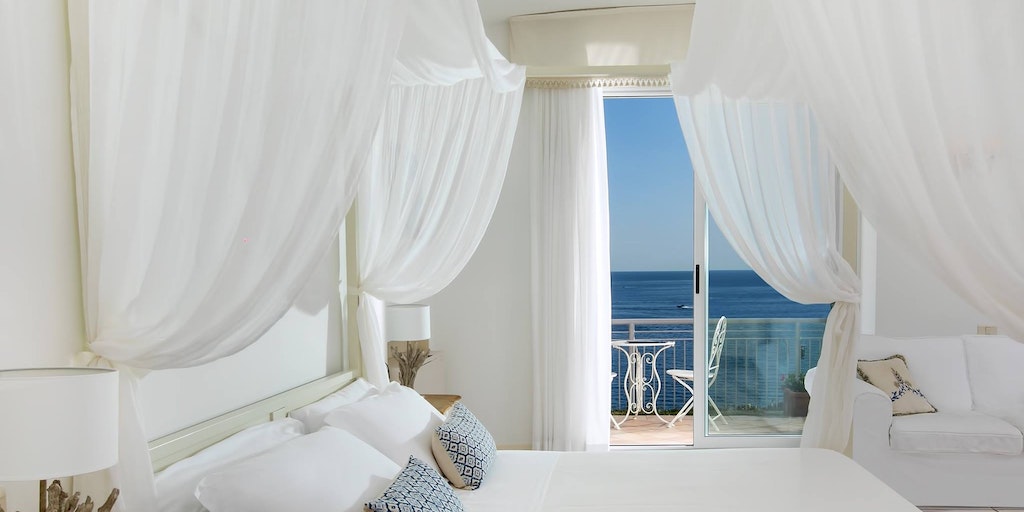 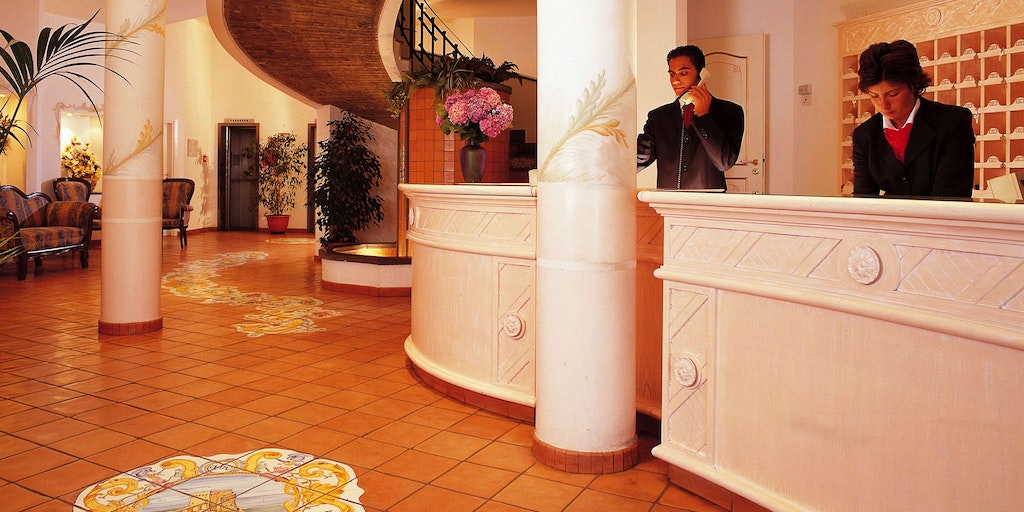 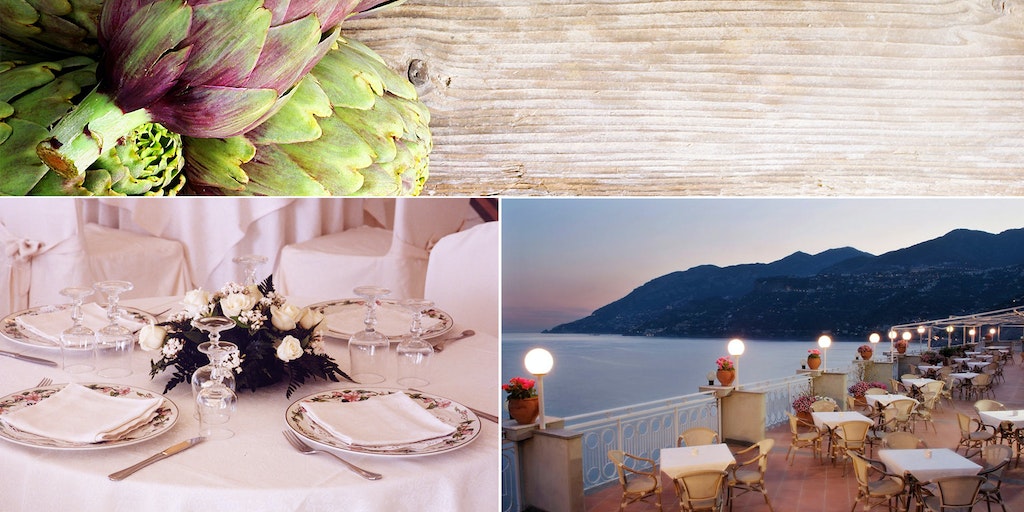 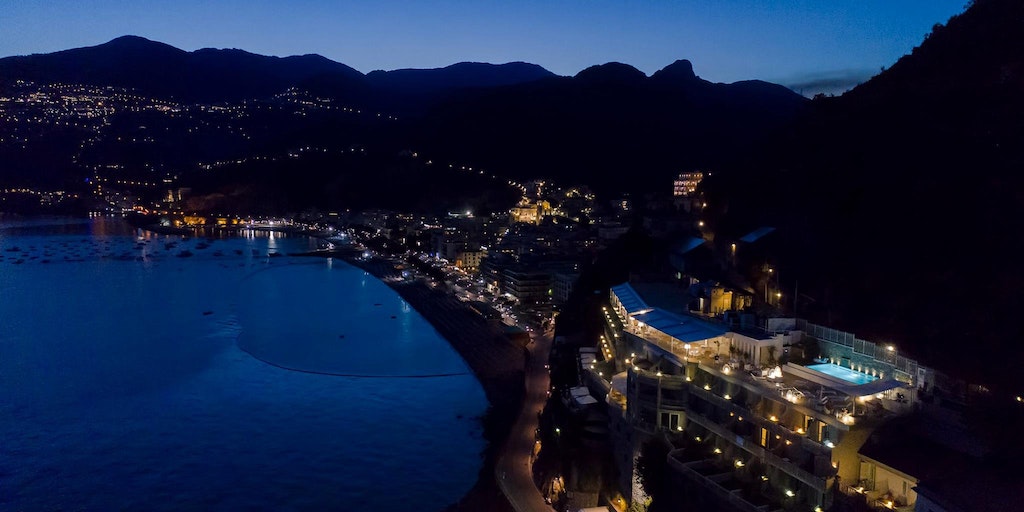 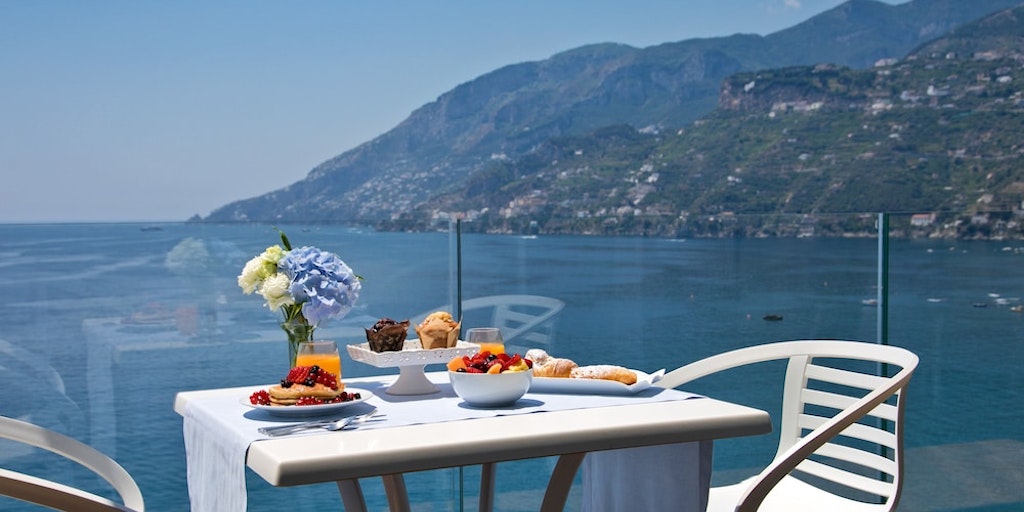 A four star hotel with a five star view

Hotel Club Due Torri
Via Diego Taiani 3, 84010 Maiori, Italy
Stunning views of the sea and the charming towns of the Amalfi Coast will take your breath away while enjoying the ulitmate relaxation. With only 46 rooms the atmosphere is small and cosy.

Literally "Due Torri" means two towers, and although the hotel does not have any towers, it is our interpretation that one tower features the hotel itself and the second tower is the Norman tower, that has views of the hotel. The norman underwater tower, located on the rocky headland opposite the hotel, is now converted into one of the better restaurants in town.

The hotel is quite known among us who have been at the Amalfi Coast several times, right on the coast and view to Ravello. It is about 500 meters outside Maiori, but is incredibly popular in the area and it receives great reviews from visitors. The hotel has its own small private beach, tucked between the rocks, with a staircase along the cliffs that lead you down to the water. As everywhere on the Amalfi Coast, you pay an extra fee to access and stay there. The Hotel offers to the more demanding customers a good restaurant with a lovely menù enriched by exquisite dishes, based on regional and international cuisine. Both seafood and meat or on the menu. Dining al fresco is possible out on the terrace while enjoying the stunning coastlines. There are different types of rooms, of course all facilitated by the most amazing sea views. Some rooms have a balcony and all room come with bathroom with shower or bath, hairdryer, safe, minibar and air conditioning. Although the views are among the best, we perceive the rooms closer to 3 stars rather than the hotel's official 4 stars. Double room (economy) has a simpler decor and only windows.

Read about the rooms at Hotel Club Due Torri

Rating 4,7 of 5
Excellent
Based on 11 reviews
See customer reviews

Read personal reviews of Hotel Club Due Torri in on Amalfi Coast. The reviews of the hotel are written by guests who have travelled with In-Italia. All reviews are of course uncensored in order for you to get an honest description and review of Hotel Club Due Torri. In addition to the review of the hotel you can even get good tips from our guests on subjects such as day trips, restaurants, sights, beaches, local transportation and much more.

View all 11 reviews of Hotel Club Due Torri

Super great hotel with very new rooms, (there's a couple, which still hadn't been renovated) and a amazing view. Lovely terrace, but several of the rooms also had a shared balcony. Bathroom / toilet is bigger than the norm for Italy (is normally assumed to be small). The breakfast is something we are already longing for. We never had dinner in the hotel's restaurant, but got the impression that it was of a high quality. For men, there has to be changed into long pants, could be good to know.
The cleanliness left nothing to be desired. The hotel has it's own little "beach", but the only good thing about it is that it's free. Ladder into the sea, overloaded between the beach chairs. Nice and expensive restaurant next to the "beach". However, we walked the 200 metres down to the towns real beach, which in Italian style has a fee for the beach chairs and parasols, 29 euro for an entire day. The beach with coarse sand was good. The small town called Maiori felt really Italian and for once not filled with tourists, which we appreciate. Lots of good restaurants to choose from. Cheaper shopping than for example Amalfi, but rather limited selection.
We recommend boat trip to Amalfi and Positano. Both for the experience and the shopping.