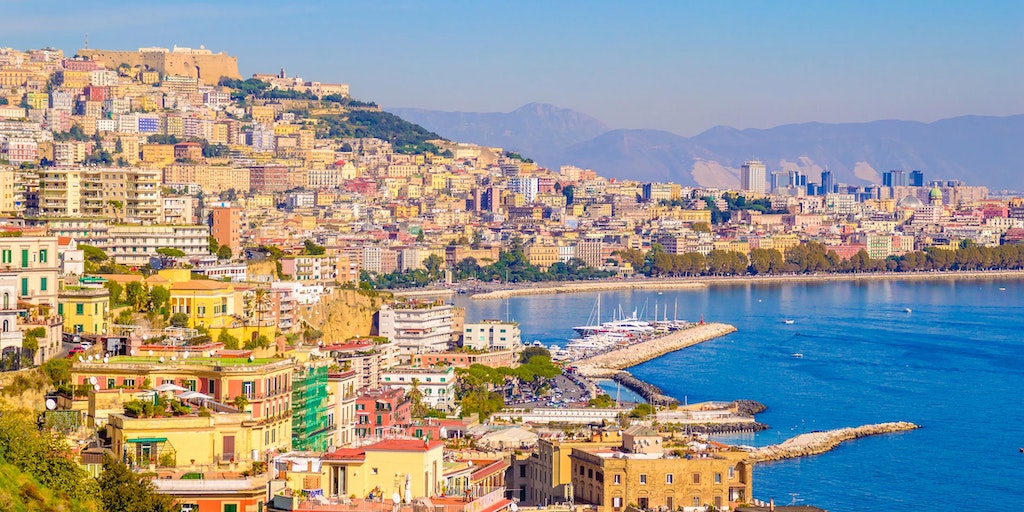 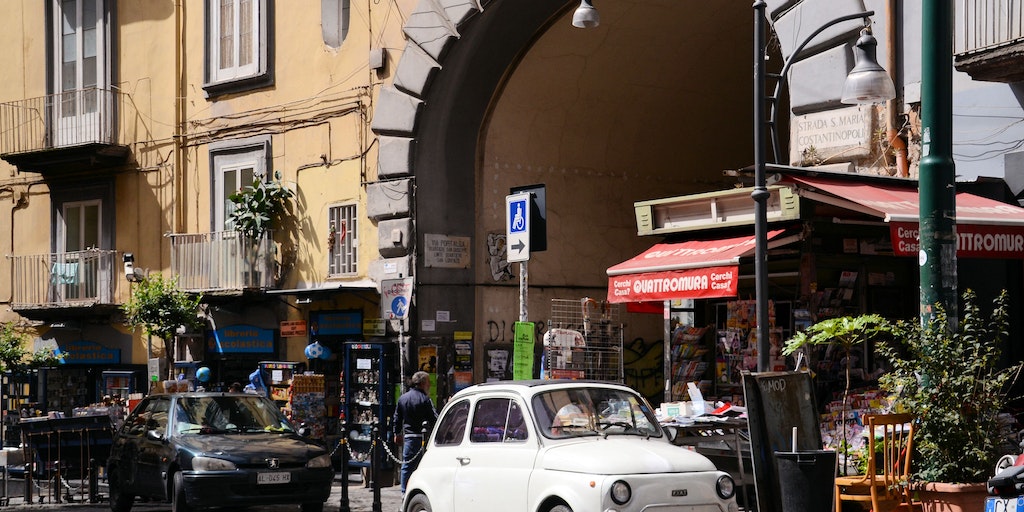 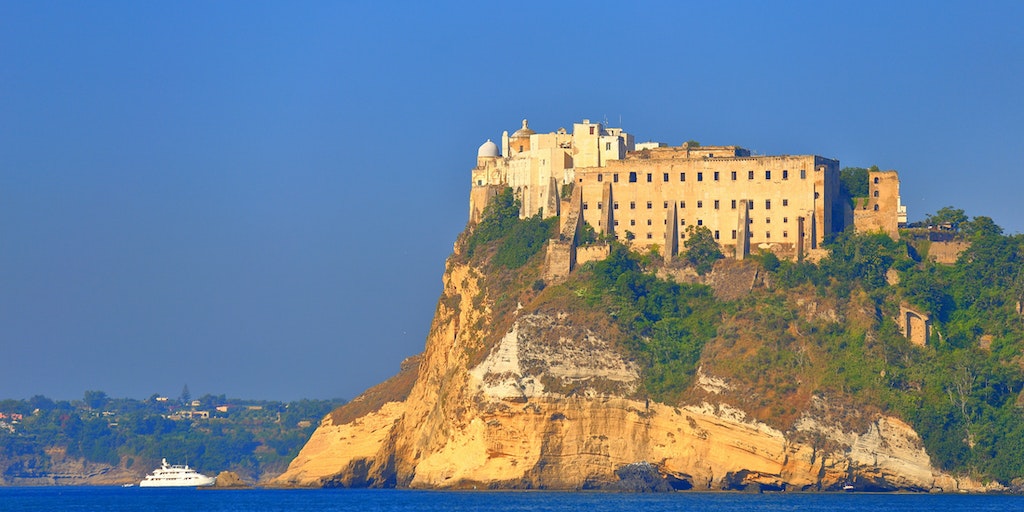 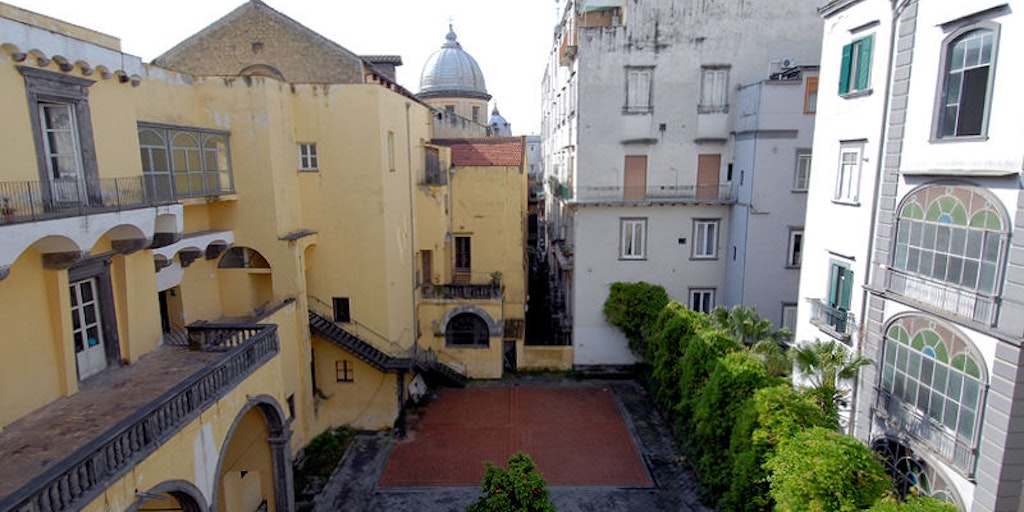 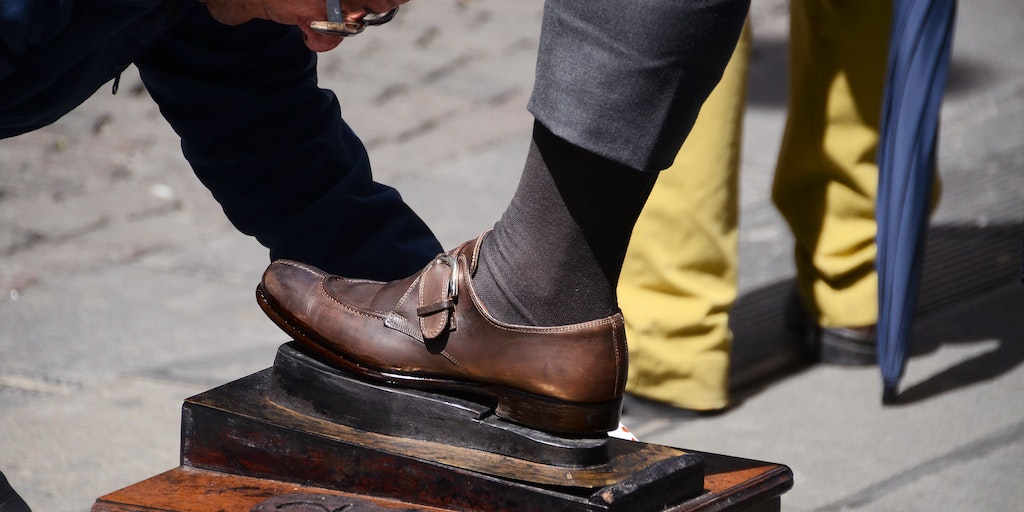 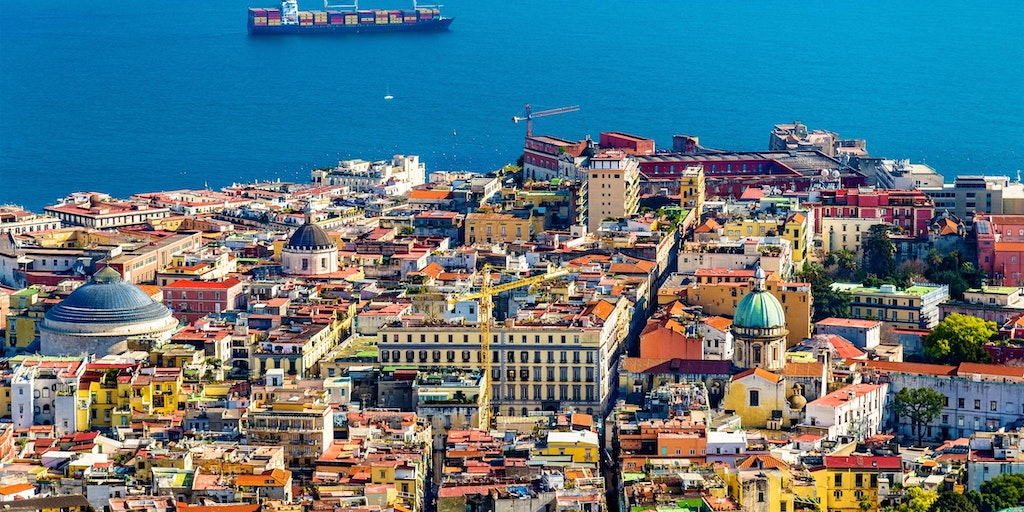 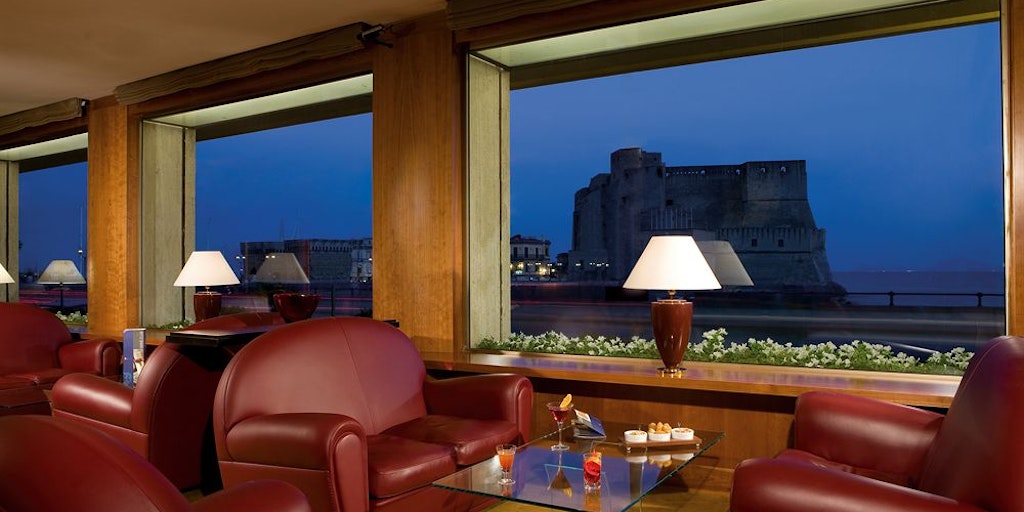 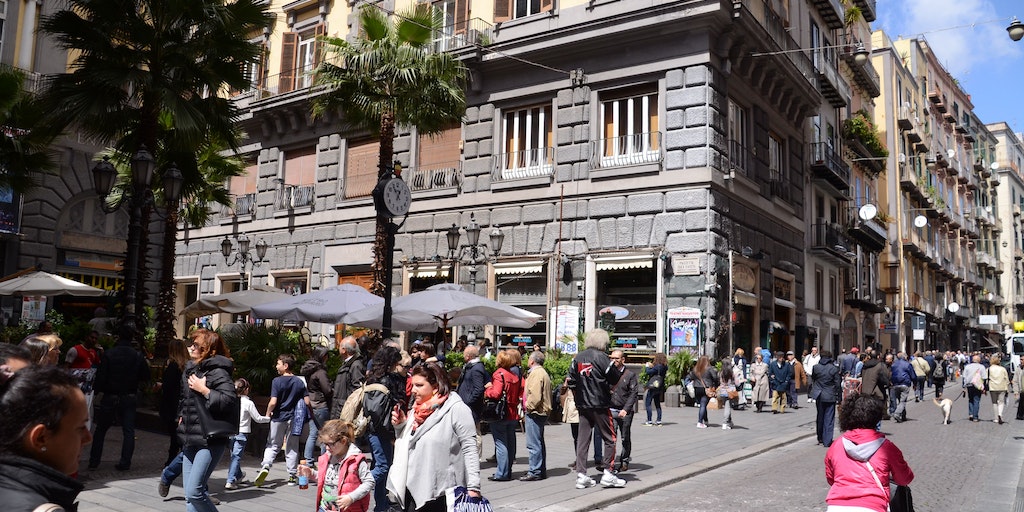 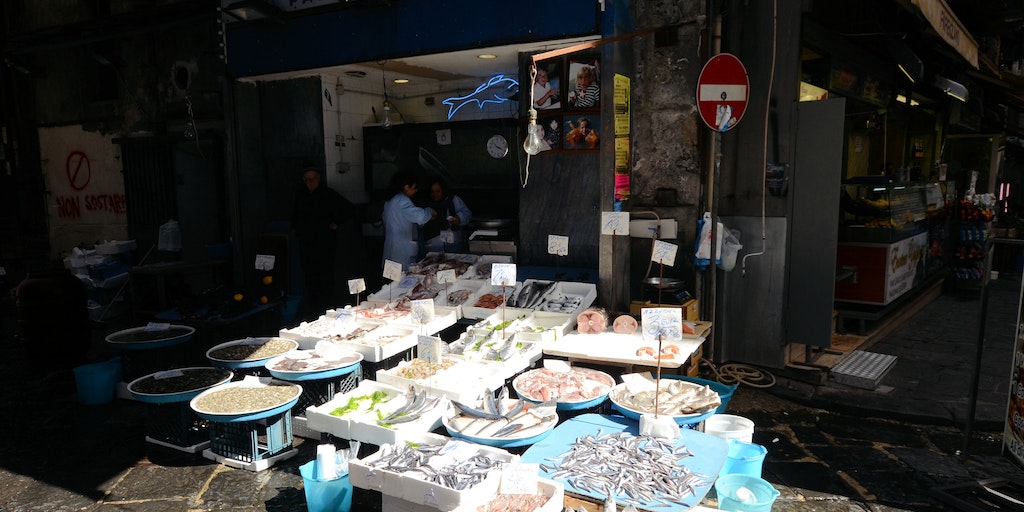 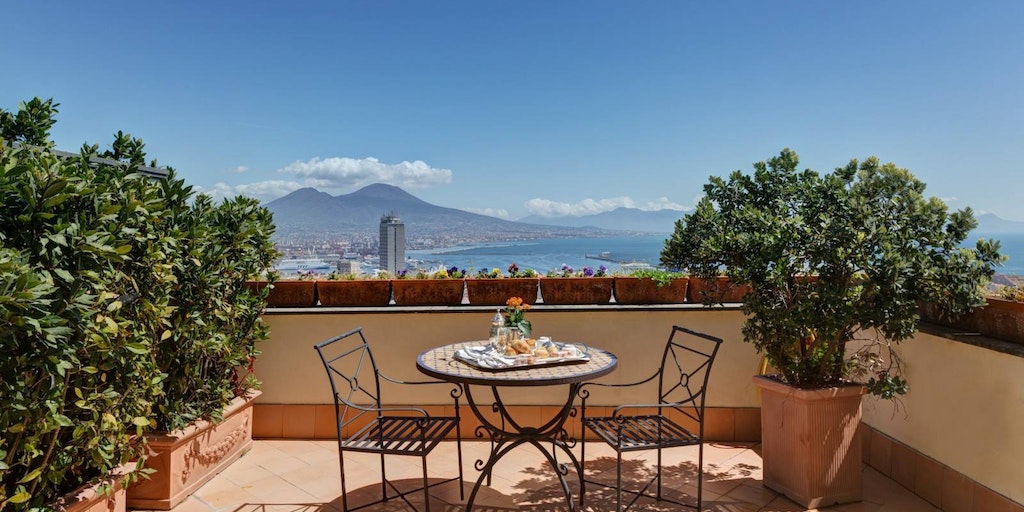 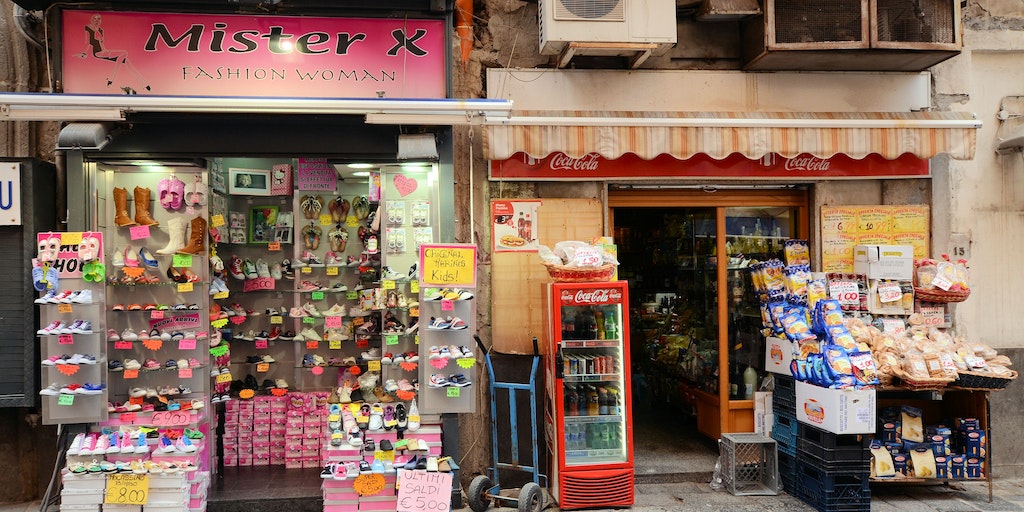 Loading content
Come to Naples for the bustling and lively atmosphere, for a taste of the delicious southern cuisine, to see the active port and beauitiful bay of Naples with the smoking giant of Vesuvius as a backdrop.

This city, which is also referred to as the capital of Southern Italy, contains sights for everyone, and is particularly fascinating because of its lively, and at times, chaotic street life. This gives the city a really special atmosphere.

Chaos is definitely a part of Naples' history, Naples is one of the oldest continuously-inhabited cities in the world. Bronze Age Greek settlements were established in the region in the 2nd millennium BC, with a larger mainland colony – initially known as Parthenope – developing around the 9th¨- 8th centuries BC, at the end of the Greek Dark Ages.

Naples' historic city centre is the largest in Europe, covering 1,700 hectares (4,200 acres) and is listed by UNESCO as a World Heritage Site. Despite the bombing of the city during the Second World War, it has managed to retain many of its historical relics, such as the big castle Castel Nuovo, which lies in the harbour.

If you are interested in history or art, there are countless opportunities to go exploring in Naples’ many museums. Some of these are Museo Archeologico Nazionale and Museo e Gallerie Palazzo Reale di Capodimonte (royal apartments and contemporary). But if you're more interested in music, you should not miss to enjoy an opera at the Teatro San Carlo. The theatre is Italy's largest and one of the finest in the world. Inside it is decorated with gold and red velvet and has perfect acoustics.

City life is in itself an experience to observe and take part in, and it is highly recommended that you stop off at one of the many cafes and enjoy the scenarios that are played out in front of them. For example from Piazza Bellini, where there are several bars side by side in almost green surroundings. There is a covered shopping street in Galleria Umberto 1, where several shops and cafes are located. If you wish instead to relax in the outdoors you can enjoy Naples' main square Piazza del Plebiscito, where you can visit the impressive church of the Basilica of San Francesco di Paolo and Palazzo Reale (Royal Palace). There is also a beautiful view of the Bay of Naples from this piazza.

The bay of Naples

Looking beyond the bay of Naples, you can see Mount Vesuvius, a huge volcano standing at 1,281 metres casting an extraodinary presence over the area. Leading experts claim that it could erupt at any minute, but despite the danger, locals seem happy to continue to live near it. It's most famous eruption was in 79AD when it covered the cities of Pompeii and Hercalaneum.

A visit to Naples should definitely include a stroll along the harbour to take in the air and the views of the bay and Vesuvius. There is also another harbour a bit further along at Santa Lucia where old fishing huts and boats have been replaced by fashionable hotels, restaurants and cafes and large yachts worth millions.

Home town of the pizza

Naples is said to be the birthplace of the classic Pizza Margherita and one of the interesting stories that you will read about is how it got its name. One evening in 1889, King Umberto I and his wife Queen Margherita who stayed at their summer residence in Naples, wanted to taste the local specialty. Raffaele Esposito a known "pizzaiolo" (pizza maker) in the city had the honour of delivering three pizzas to the royal family. The two of pizzas already had names, but the last showing the colours of the Italian flag (green, white and red because of the ingredients basil, mozzarella and tomato) had no name. Queen Margherita enjoyed most about this and so got this classic pizza its name. You can still to this day visit Rafaele Esposito's pizzeria, which is now called Pizzeria Brandi.

A lot has been said about Naples over the years in respect to the fact that it is a city of good and evil. There are some bad areas and crime is higher here than in other Italian cities. It is therefore important to pay attention to which areas you go to and make a point of not displaying your wealth about you.

Rating 4,2 of 5
Very good
Based on 42 reviews
See customer reviews

The location of the hotel is up high compared to the rest of the city. However, you can walk. The room was a bit old-fashioned, the interior etc. was ... a bit worn down, but nice and clean. Good breakfast with an amazing view. Read more

It takes around 15 min. to walk down to the central station, from where the local train network drives under the company Circum Vesuviana. The express... train to Rome and many flights takes 1 to 1½ hour. It is much smarter than to fly.Read more

View all reviews of Naples