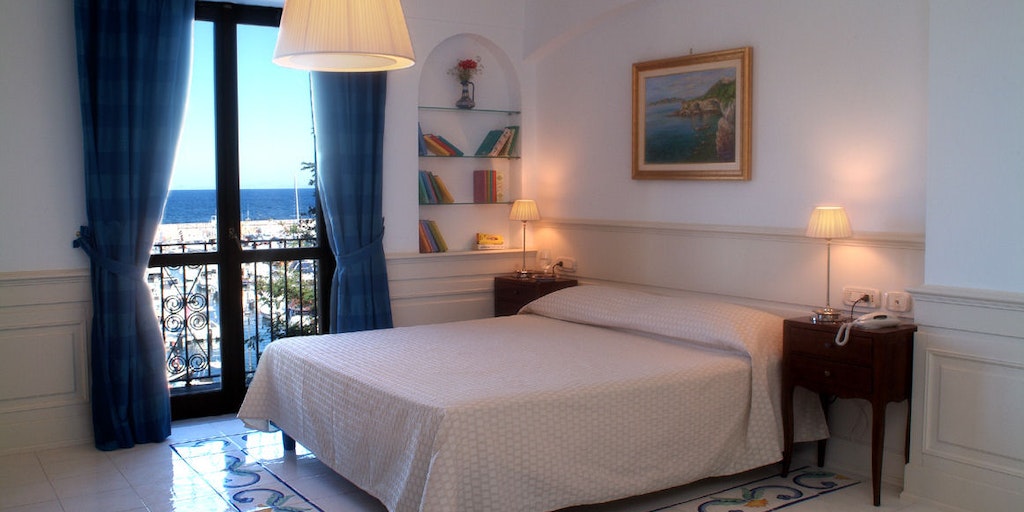 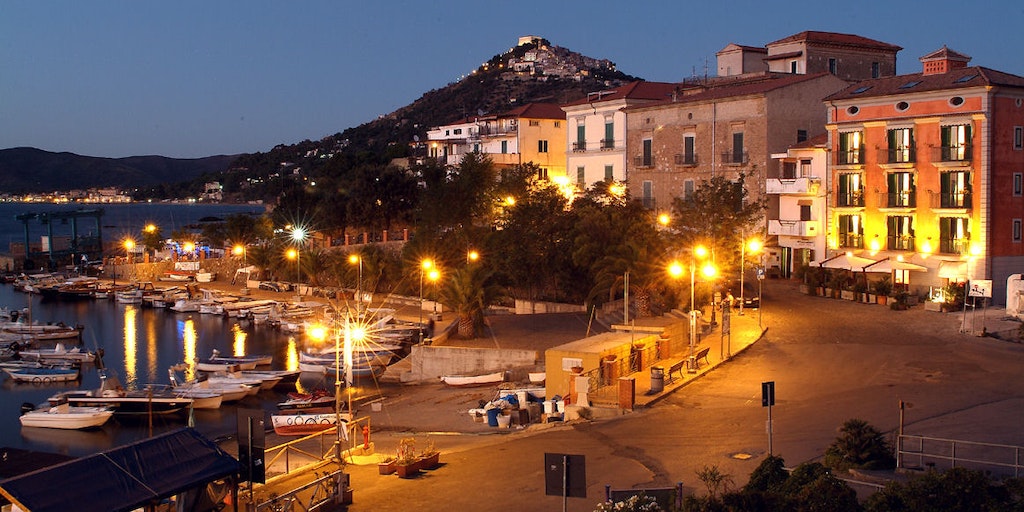 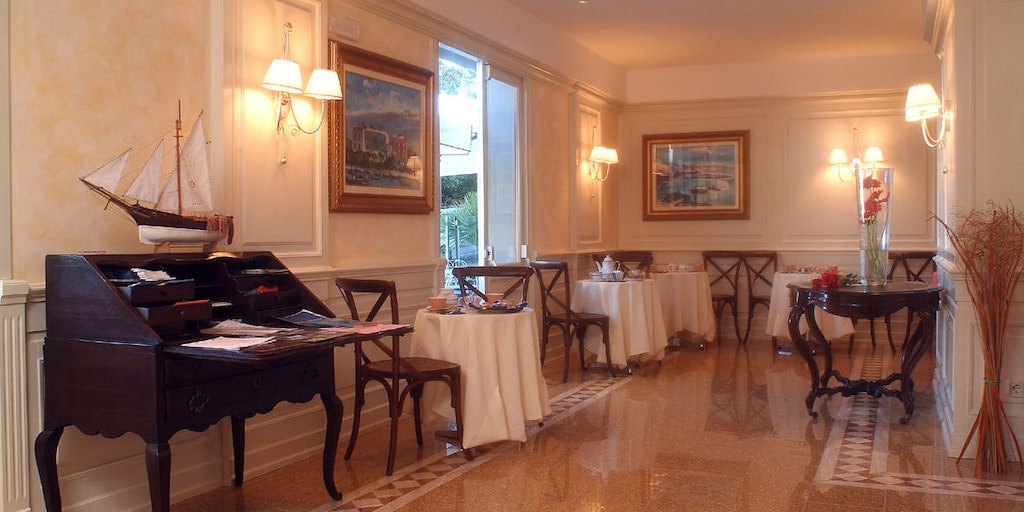 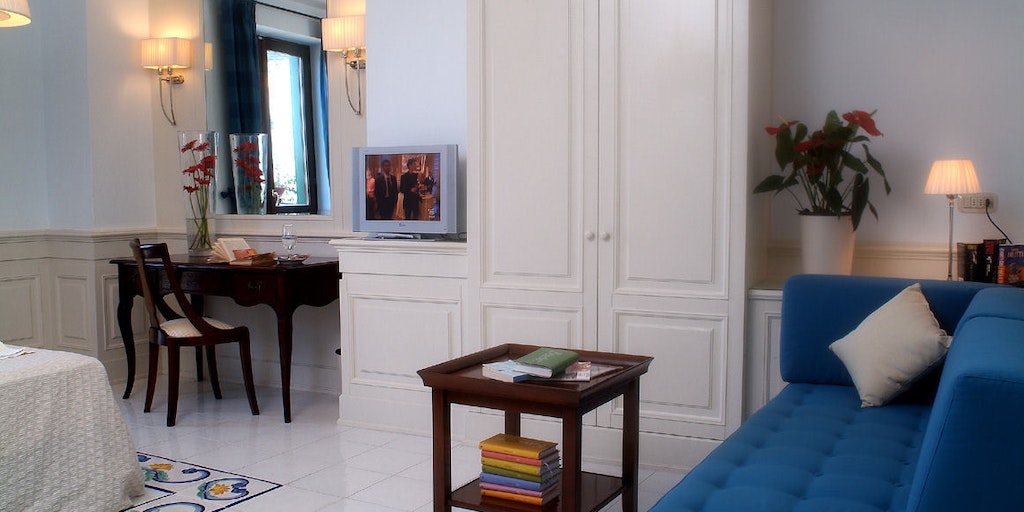 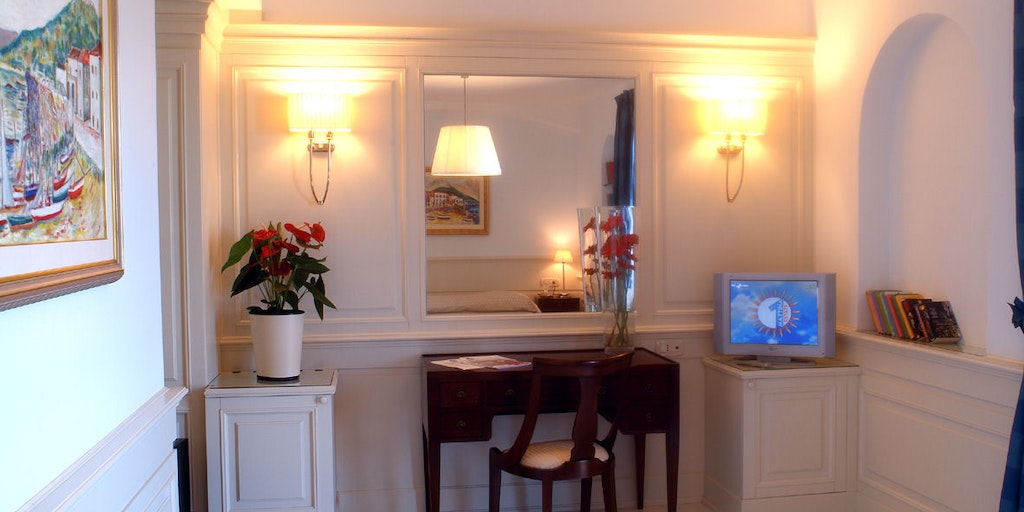 Be charmed by the harbour

Stay in a historic tavern

The hotel was built in the early 1900's when the area was inhabited largely by sailors and fishermen. In the early 1950's, the Rizzo family tavern was transformed into a restaurant and a hotel whilst still retaining the charm and character of older times.

The city of San Marco di Castellabate is perfect for combining your holiday in the sun with the possibility of excursions in the scenic area of The Cilento Nature Reserve. Close to the town you will find sites of archaeological and historical interest including The Temples of Paestum.

Look out over the harbour

The hotel only has 12 rooms which are all tastefully decorated with attention to detail - and the atmosphere in the hotel is familiar and welcoming. Only 50 metres away is a tennis court, parking, a breakfast room and a bar where you can sit and look out over the small harbour. There is a beach and a swimming pool at the nearby Residence l'Approdo which you can use for a fee and it includes two sun beds and a parasol.

All guestrooms at La Corallina are double rooms and offer all the comfort you could wish for such as air conditioning, a safety deposit box, a TV, a mini-bar and wonderful views over the old harbour and the sea. The rooms on the first, second and third floor all have a small balcony with space for two chairs. The rooms in the attic are particularly cosy with beautiful wooden beams that support the roof but they unfortunately don't have a balcony. They do still have sea views from the small round windows.

Read personal reviews of Hotel La Corallina in in Campania. The reviews of the hotel are written by guests who have travelled with In-Italia. All reviews are of course uncensored in order for you to get an honest description and review of Hotel La Corallina. In addition to the review of the hotel you can even get good tips from our guests on subjects such as day trips, restaurants, sights, beaches, local transportation and much more.