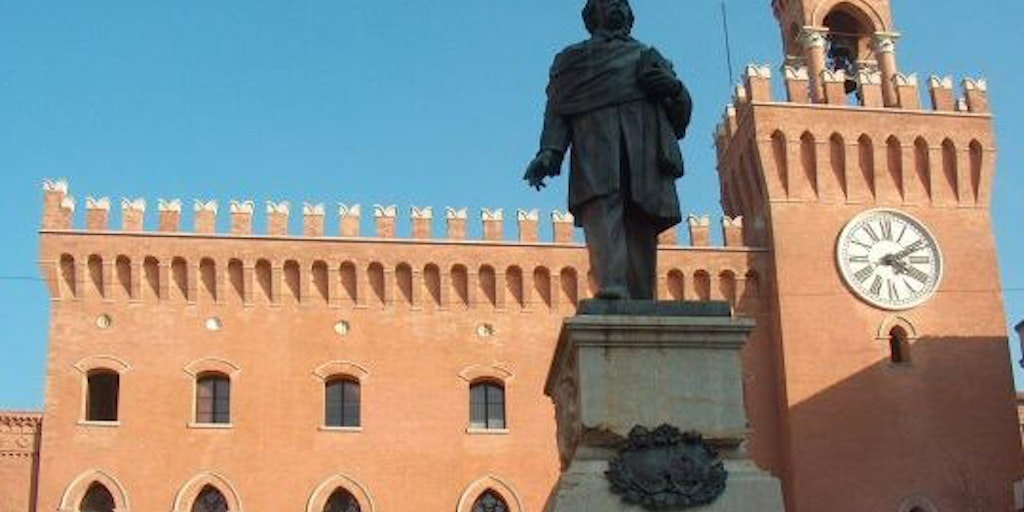 Budrio is located about 15 km from Bologna, which you can easily reach by train. The town offers a laid-back atmosphere, shopping, dining a little bit of history.

The towns name "Budrio" is probably derived from Celtic origin, but its foundation derives from Roman times. Here the Romans created a duct system, which is actually today is functioning, and it has made the fields very lush. The current center was founded in the 10th and 11th centuries, but in the 14th century, the city was rebuilt and reinforced with towers and bastions. A piece of the city wall from the 14th century can be admired even by Piazza Matteotti . Budrio has several cozy places to offer, and here are several restaurants and shops. The city even has its own radio station, not surprisingly called Radio Budrio , just as Italy's leading producer of French fries and other ready-made potato species Pizzoli SRL holder here . Every Tuesday you can experience market in town, but if you want larger shopping options, you should take the short trip to Bologna (about 15 km), where the center is many times bigger! If you do not want to look for a parking space in Bologna intense traffic, it is practical to take the train there. A short 5 km from the center of Bologna, you find the leafy Bagnarola di Budrio. The area is best known for its large area with opulent ancient villas and castles and their meticulously landscaped gardens, colloquially called "Le'd di Bagnarola". What is particularly interesting is that the area is fully representative of the architectural style in and around Bologna from the 16th century to the 19th century. In the same period flocked the most prestigious families from Bologna therefore also here to enjoy their country houses. The main attractions here is the castle Bentivoglio from the 16th century and Villa Ranuzzi Cospi from the 18th century. The latter are located in the complex Malvezzi-Campeggi , also known as "Versailles of Bologna" because it is a copy of France's Versailles . Several of the buildings can only be observed from the outside, while others are open to the public at special events, such as concerts, lectures, etc. If you want to experience some of these sumptuous edifices, the address is: Via Armeggia, 42-40050 Bagnarola di Budrio.