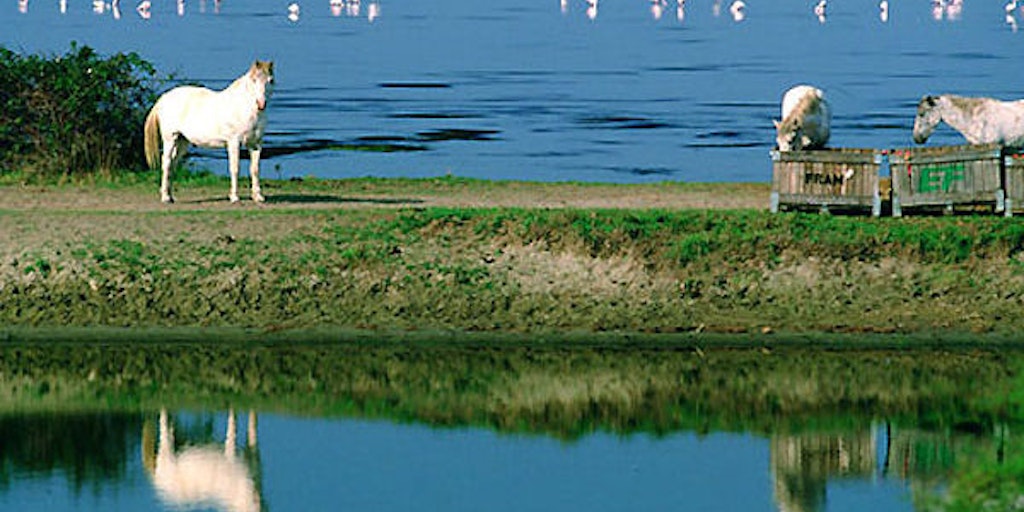 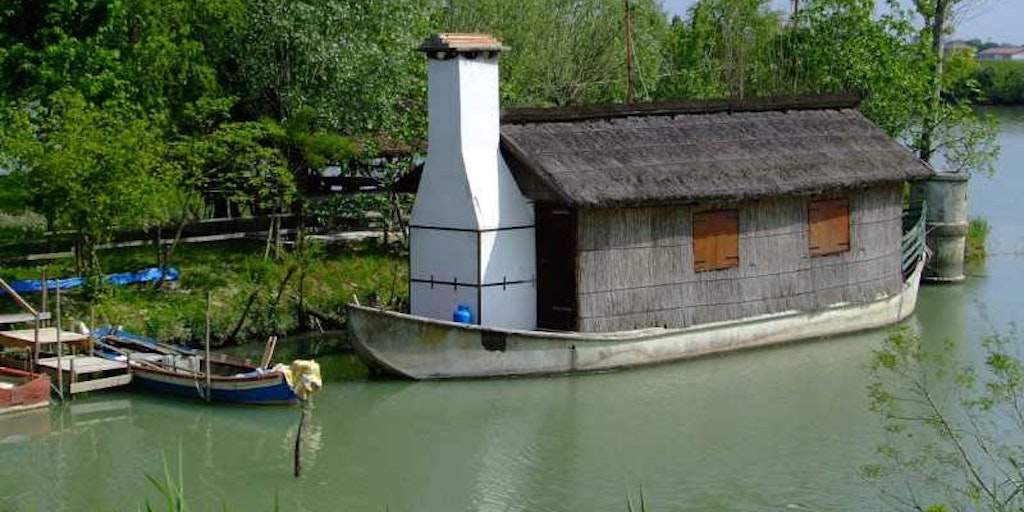 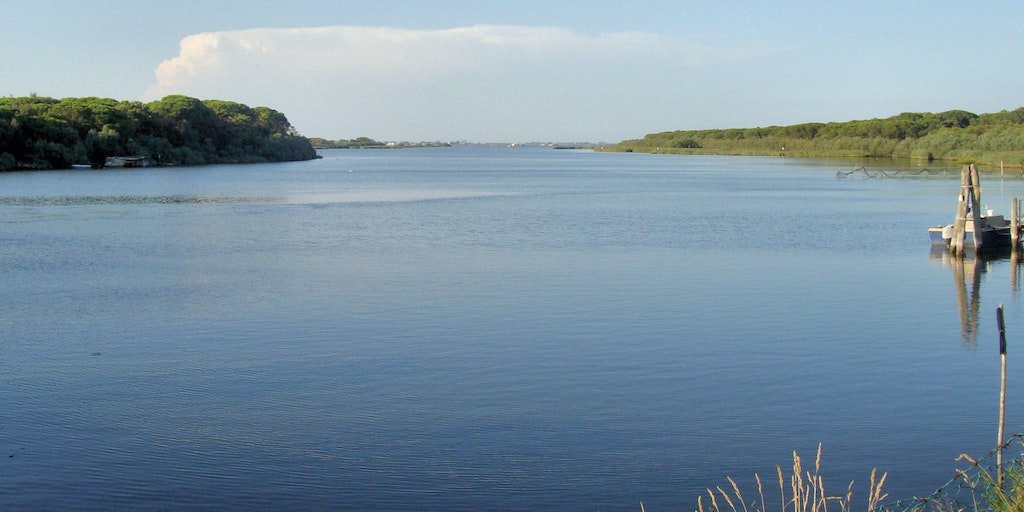 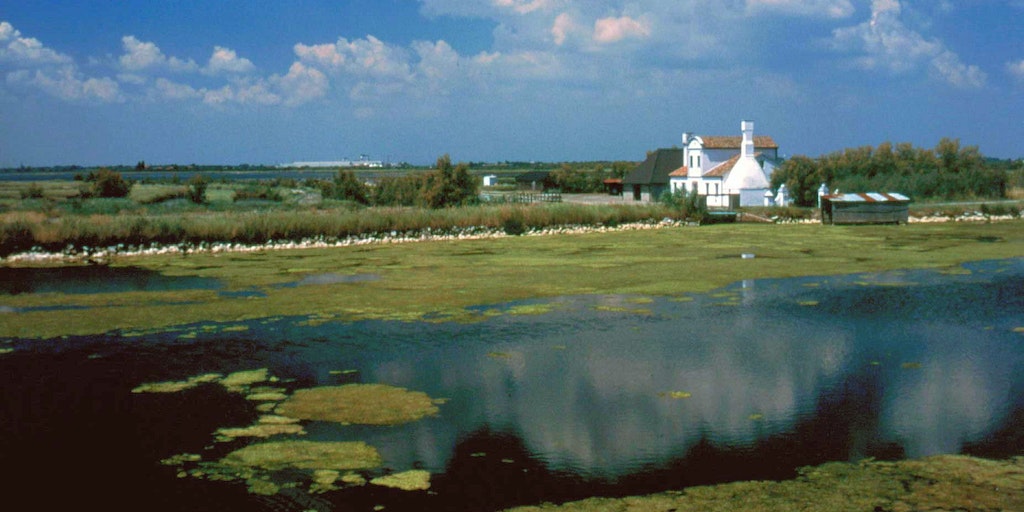 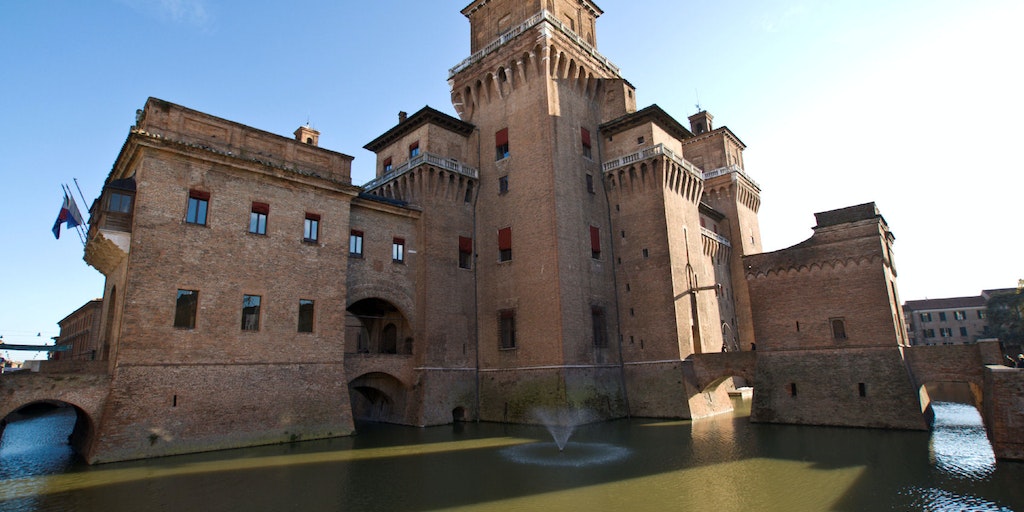 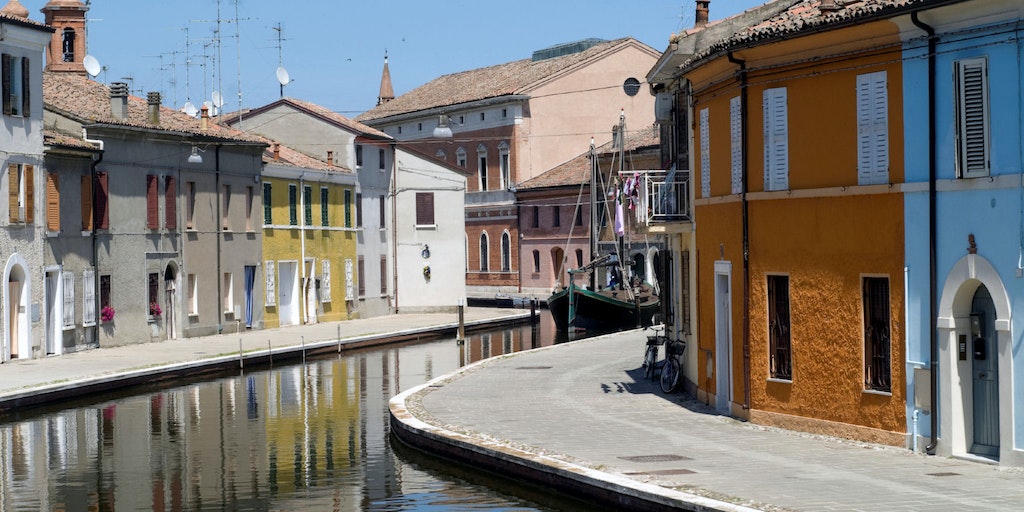 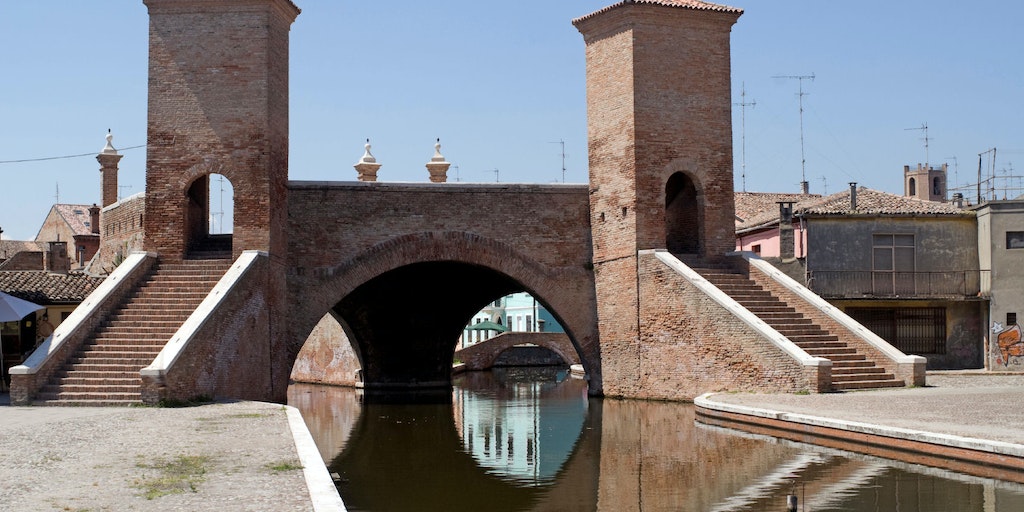 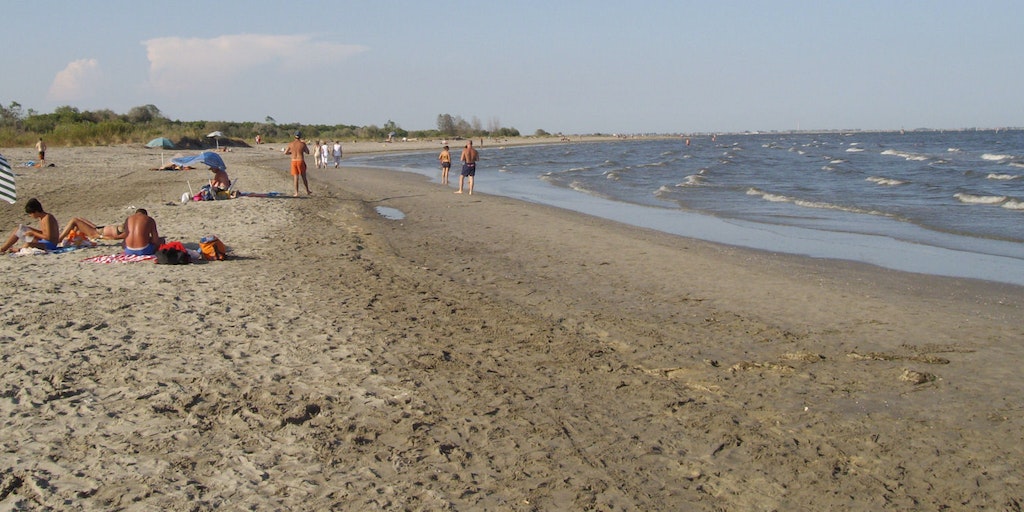 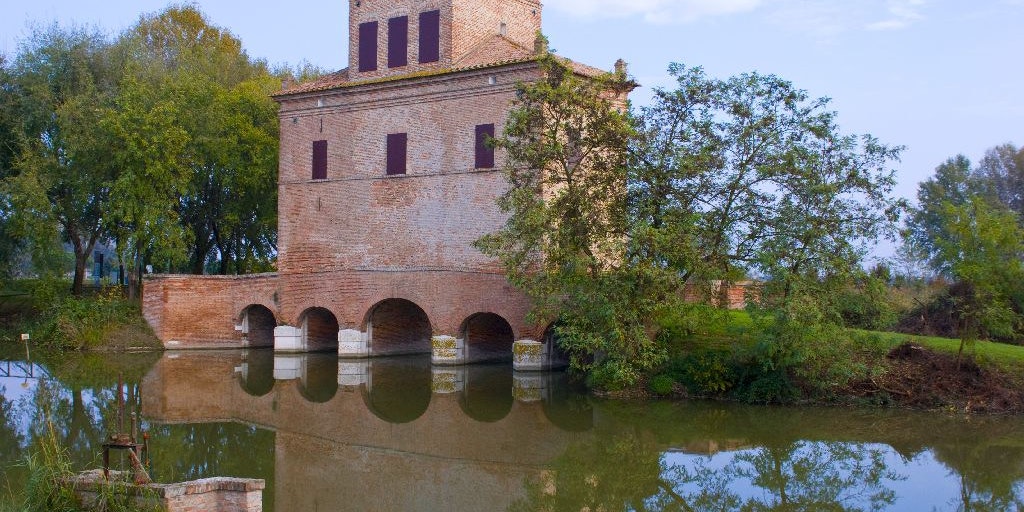 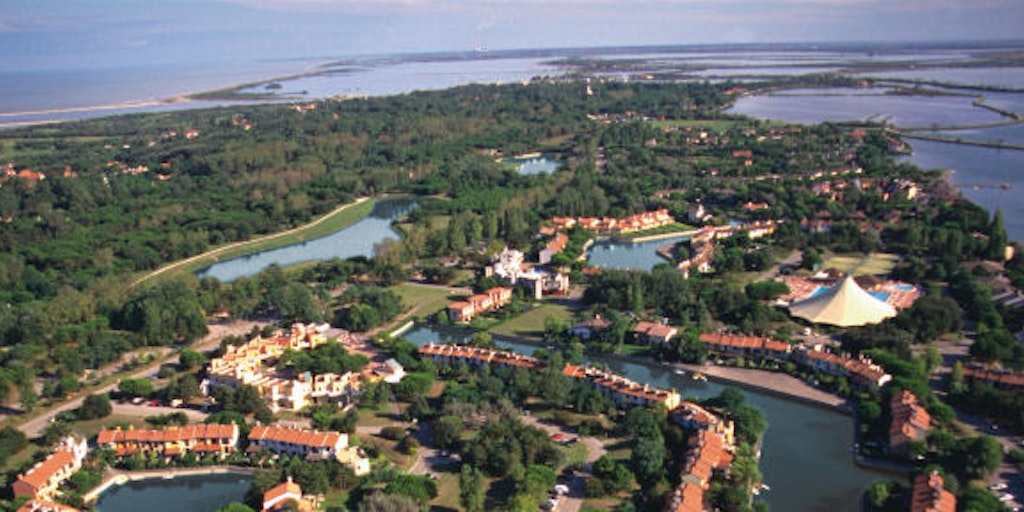 The Delta Po National Park is a fascinating landscape made up of various bodies of water intersperced with land. Rivers, tributaries, canals, streams and lakes surround flat plains on the way to the Adriatic Sea.

The park covers an area of 52,000 hectares as it branches north and south from the Po River Estuary and passed by smaller towns connecting the two neighbouring regions of Emilia-Romagna and Veneto.

The area is Italy's largest wetland and has a complete and unique identity that is rooted in territorial and environmental characteristics, and is highly regarded due to its biodiversity and its productivity. It is also an area that is recognized for its cultural heritage, which is not to be overlooked as it comes under UNESCO's broad wings.

Paradise for birds and birdwatchers

The national park is a protected area consisting of dry land, river basins and coastal areas where the common denominator is the water that ties it all together. Due to the unstable and constantly changing balance between water and land, pine forests and other wooded areas have emerged. These change depending on whether they have roots dipped in marine or freshwater areas. Here you will find more than 280 species of birds, which makes the area ideal for bird watching enthusiasts.

Despite the fact that the main element is water, one can easily arrive here by car, as the area is connected by a convenient expanded road network. The water is monitored by a body called the Consorzio di Bonifica Delta Po Adige, which ensures that the hydraulic drainage system with its 6000 - 7000 kW annually emits a billion cubic metres of water back to the drain channels.

The national park status was awarded in 1999 by UNESCO. The main city of Ferrara has been noted for its Renaissance art and the surrounding Po delta. In addition, Ravenna’s entire eight monuments are included in the UNESCO’s list of historical monuments in the international World Heritage Programme.

Valle di Comacchio is a wetland and is something of an attraction as it is one of the largest wetlands in Italy. Among the highlights of the area is the 6 km long peninsula of Boscoforte,. Moreover, La Salina di Comacchio is also interesting. The Salt works is located behind the Lido di Spina and covers 600 hectares with interleaved channels that reap the salt. Salt has been an important part of life in these parts since Etruscan times. Valle di Comacchio is connected to the sea via Portocanale di Porto Garibaldi and channels Logonovo and Bellocchio, and the water is salty.

Ferrara is one of the towns that you should visit when you are in this area. Others include Chioggia, Comacchio,
Faenza, Ostellato, Ravenna and San Pancrazio di Russi. While the sister towns of Chioggia and Comacchio are canal towns, Faenza is known for its ceramics, and Ostellato is just a sea port. Ravenna is valued for its history, architecture and artworks.

About 12 km from the river Po you will find the tenement Goro, which is located in a swamp area. Historically, Goro has always been involved in a struggle between man and water. In the late Middle Ages it was an important link between the sea and inland. In the early 1900's it developed into a fishing community where the current port was built and developed into a modern port. Fishing ranks first when it comes to contributing to the local economy and the town's flotilla consists of nearly 2,500 boats. If you like shellfish, you should stop by Goro and taste the clams, and also each year in July there is a festival - Sagra della Vongola, where you can taste the thousands of preparations of oysters, mussels and other shellfish.

Of course there are many opportunities to swim in the national park. Generally, the beaches on the coast of The Delta contained within the borders of the National Park are lovely sandy beaches and child-friendly thanks to their low water and wide beaches. Here is possible to find both public beach areas, as well as payment beach where you rent parasols and sun loungers.

Porto Garibaldi is one of the cosier seaside resorts in the centre of the National Park and is situated close to the Lido di Comacchio. Not far from here is the trendy beach of Marina di Ravenna, where the young students from Ravenna go out together. In the south you will find Cervia Milano Marittima, two fused cities, where there is a relaxed-exclusive atmosphere on the wide sandy beach. In the far north, you can enjoy the summer and sun on the elongated beach Sottomarina, located within walking distance from the 'unknown Venice' Chioggia.

Small and charming little village. Canals, bridges and bikes. Beach with bigger hotels outside the village. Don't think there is much night life.... Only a few bars. The village is more for relaxation. Read more