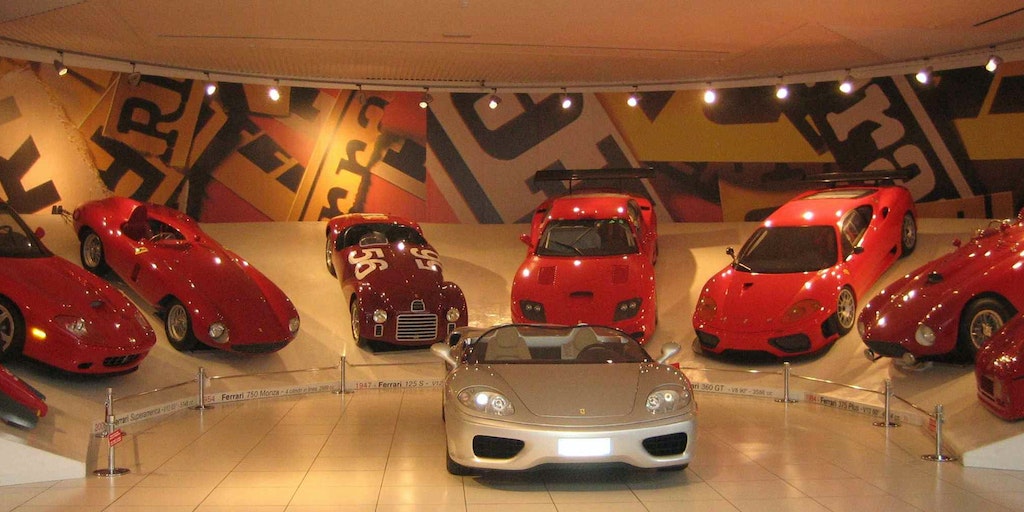 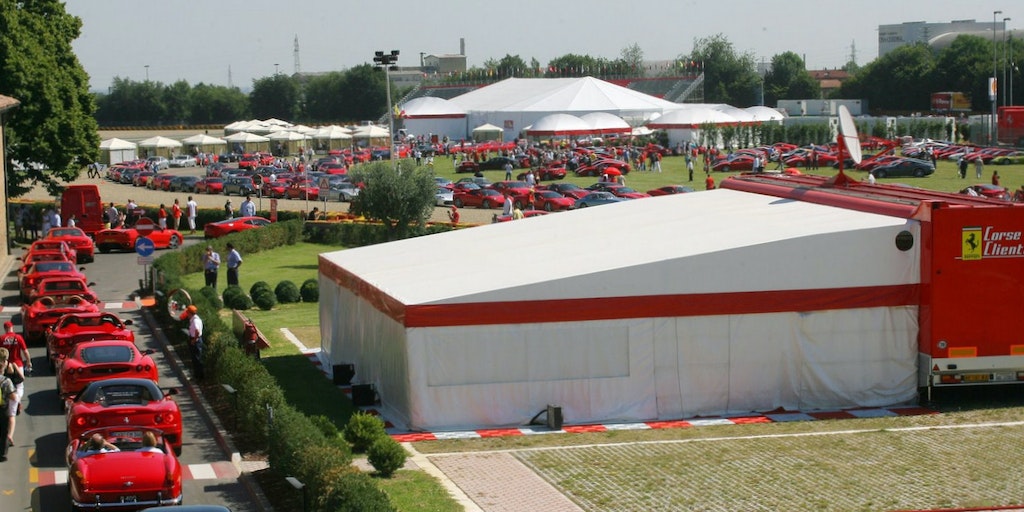 Ferrari have produced more than 200 thoroughbred cars and one of the reasons that they continue to make them is in the founder Enzo Ferrari's famous words because: "The best Ferrari is the one that we still haven't made: the next one!"

Ferrari is located in Maranello in the region of Emilia Romana, some 20 km south of the city of Modena, and is certainly worth a visit if you are a Ferrari enthusiast. The city has become the epitome of the black horse or the reds and called equally Ferrari city as well as Maranello. In Maranello, you can now see where Ferrari's are developed, produced and tested. The Ferrari area is the size of a small provincial town with 15,000 inhabitants, and for enthusiasts it is a mecca. Each stage of production takes place inside Modena, in addition to Ferrari associated with automakers like Maserati, Bugatti, Lamborghini, De Tomaso and CIZETA.

It all began in 1929 when Enzo Ferrari started racing team Scuderia Ferrari, after a then ten-year racing career as a test driver for Alfa Romeo. Initially he drove for team Alfa Romeo, but it was due to discrepancies between Ferrari and Alfa Romeo and then World War II that put an end to Scuderia Ferrari and motorsport. However, Enzo had the strength to lead the team again and in 1943 he expanded his racing team with the car manufacturer Ferrari alone. The team has won 250 major victories in motorsport, including wins in the classic Le Mans, Mille Miglia, Daytona and others, and the team continues to be a winning team, among other things also in Formula 1. Enzo Ferrari died at 90 years old in 1988.

At any one time, the gallery shows between 20 - 25 cars which are rotated from time to time depending on the occasion. For example on the 50th anniversary or Ferrari, and on Enzo Ferrari's 100th birthday, there was an exhibition of small eighty cylinder cars. In addition to the cars, you can also see the components, motors, mechanics and sample a video game. Various winners trophies, technical drawings and racing drivers stories are on display here also. There is of course Ferrari shop, a bookstore and a cafeteria.

Fiorano is Ferrari's test track, where the factory tests the latest prototypes and of course their Formula 1 cars. You cannot get access to the track, but it should be possible to get a glimpse of one of the fast cars over the fence.

- From Milan head to Modena Nord, and from here head towards Sassuolo. Before Formigine follow signs for Maranello.
- From the south take the exit for Modena Sud (south) and drive along SS 623 for about 1km. From here, bear left at Strada Gherbella and continue for about 4 km. At the roundabout turn left onto SS 12 and continue for about 10 km to the town of Pozza. Here turn right for the last 3 km by Maranello on Via Vignola.

Hours: The Galleria Ferrari and souvenir shops are open daily seven days a week all year round.