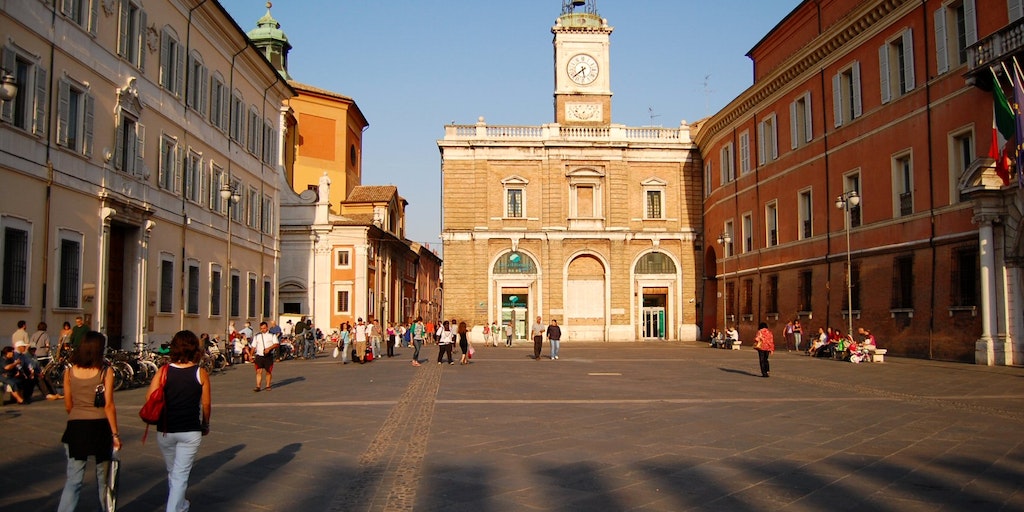 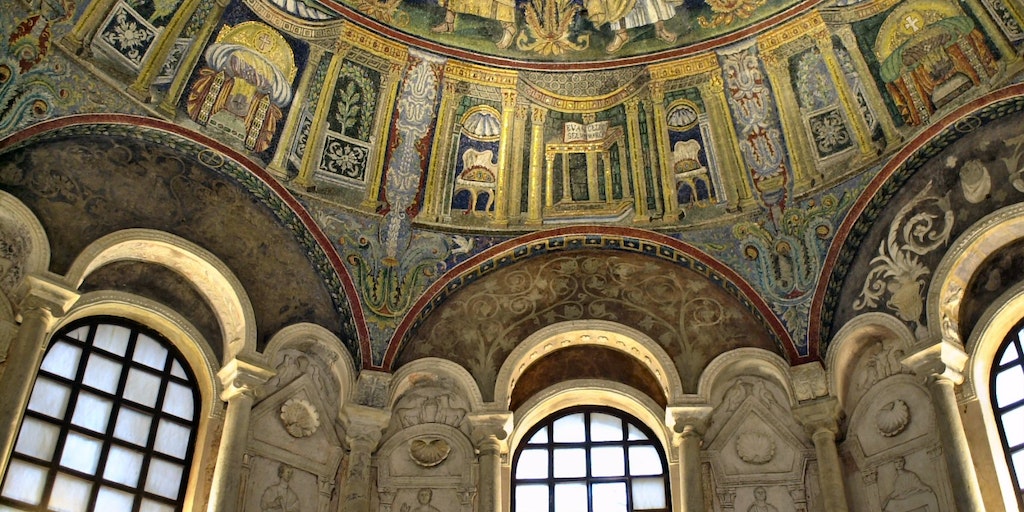 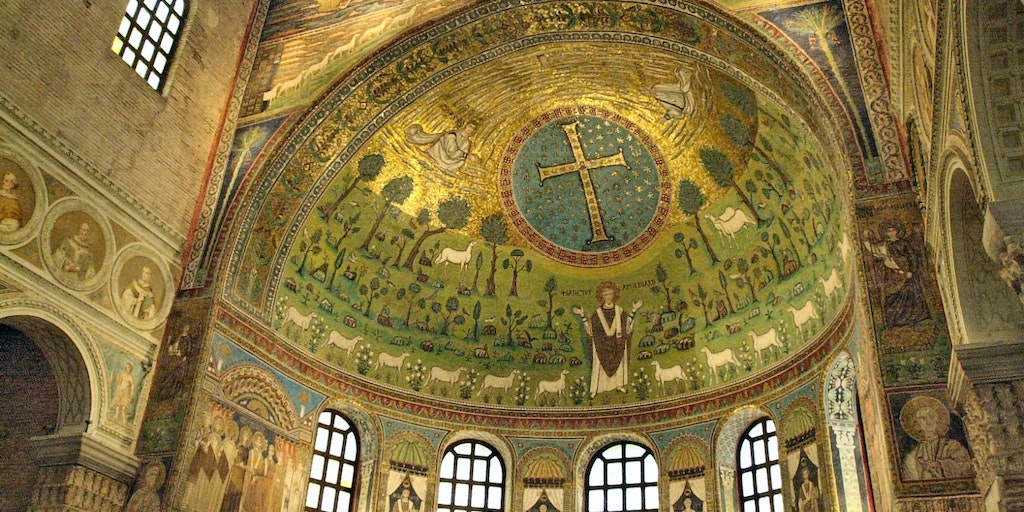 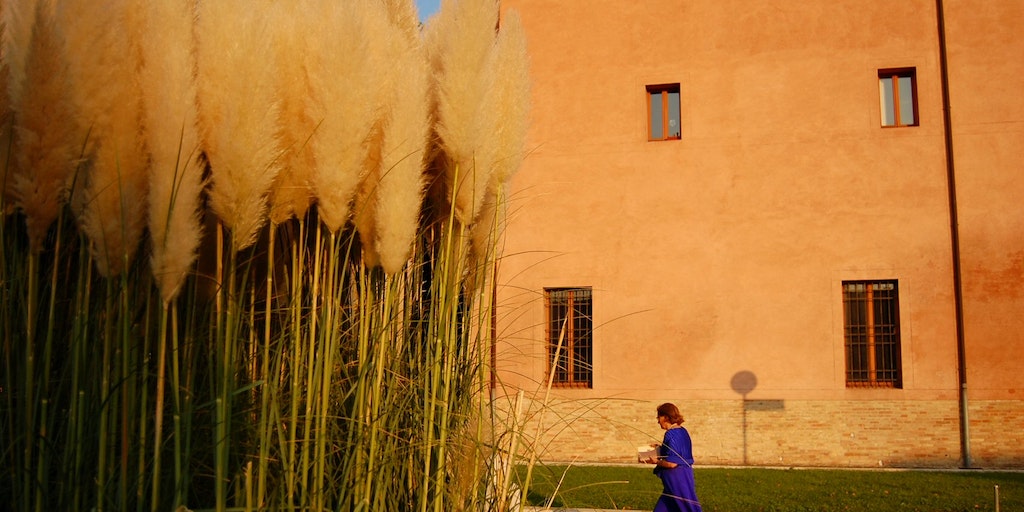 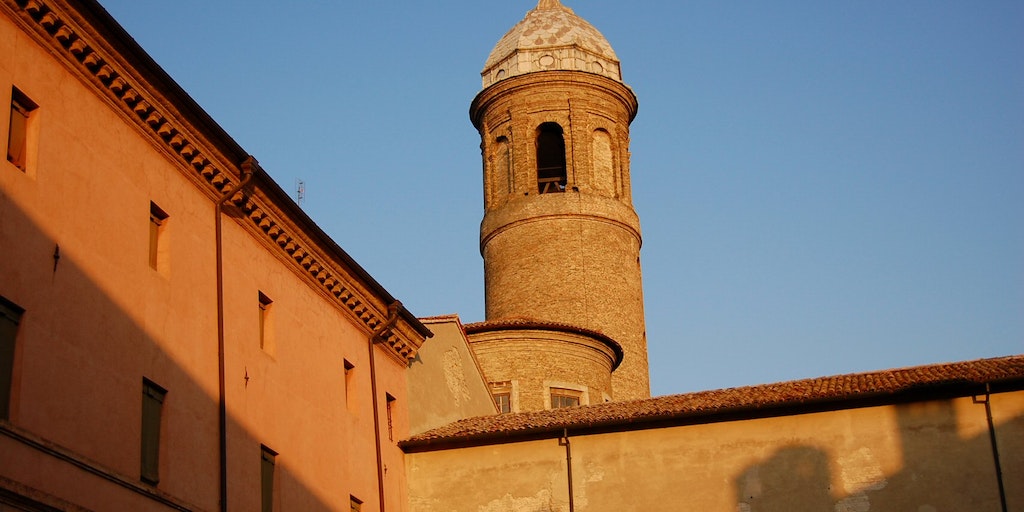 Loading content
Ravenna is a town for the historically and artistically inclined. Its location, just 10 km from the Adriatic, means that this cultural town can also be combined with trips to the nearby white sandy beaches.

Ravenna is a town for the historically and artistically inclined. Its location, just 10 km from the Adriatic, means that this cultural town can also be combined with trips to the nearby white sandy beaches.

Whilst the town primarily caters for lovers of history, it's also interesting, vibrant and pretty for those generally interested in Italian culture but like to stay away from the larger more overwhelming cities.

Ravenna’s History
The town will soon have existed for 2000 years, but first became famous when Honorius (emperor from the year 395) decided to move the capital of the Western Roman Empire from Milan to Ravenna in 402. Moving Western Roman Imperial capitals was quite the norm, and often depended on where the current Emperor originated. The capital was moved in this instance because there were so many problems with plundering and robbery in Rome and Ravenna was easier to defend. East of the town was the Adriatic Sea (the coast has since retreated some) and the other three sides of the town were surrounded by marshland.

Ravenna flourished after it had been declared a capital city. Wonderful churches and baptisteries began to spring up around town. It became a veritable cultural centre and this is still true of the city today. But all good things come to an end including the West Roman Empire. The date that is often quoted for the Fall of Rome is the year 476 AD. The reason this date is used is because in this year there was a change of government and a non Roman took the reins of power over Italy. This non Roman was in fact from the German tribe of Sciri, and he promoted himself to King of Italy.

In the year 491, the Ostrogoth Theoderic began his invasion of Italy and in 493 AD Italy was completely under Ostrogoth dominion. During his reign from 493 AD to 526 AD, Theoderic contributed substantially to Ravenna’s cosmetic well being. Churches, baptisteries and monuments were erected and the town attempted to be the western antipole to the Byzantine capital of Constantinople.

When the Byzantine emperor Justinian began in 530 AD to win back the areas that had been conceded, such as North Africa and the former Western Roman Empire, Ravenna also ended up back under the control of the Romans. Justinian tried to erase all evidence of the Ostrogoth dominion, mainly because the Ostrogoths were faithful to the Arian strain of Christianity. However, they didn’t manage to eradicate all traces, and Ravenna has retained elements from all the significant periods in its colourful history. Justinian also built churches and was another significant contributor to Ravenna’s wealth of now ancient cultural sights.