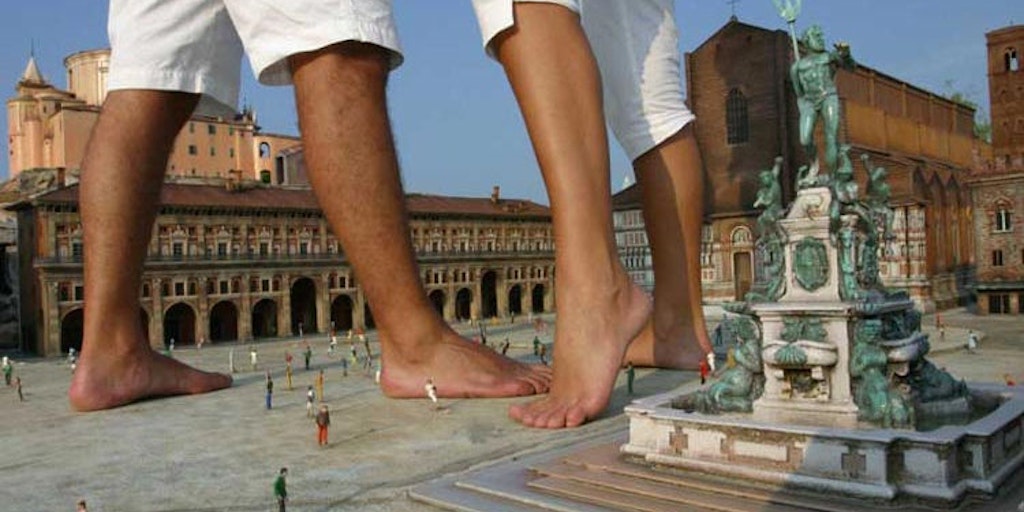 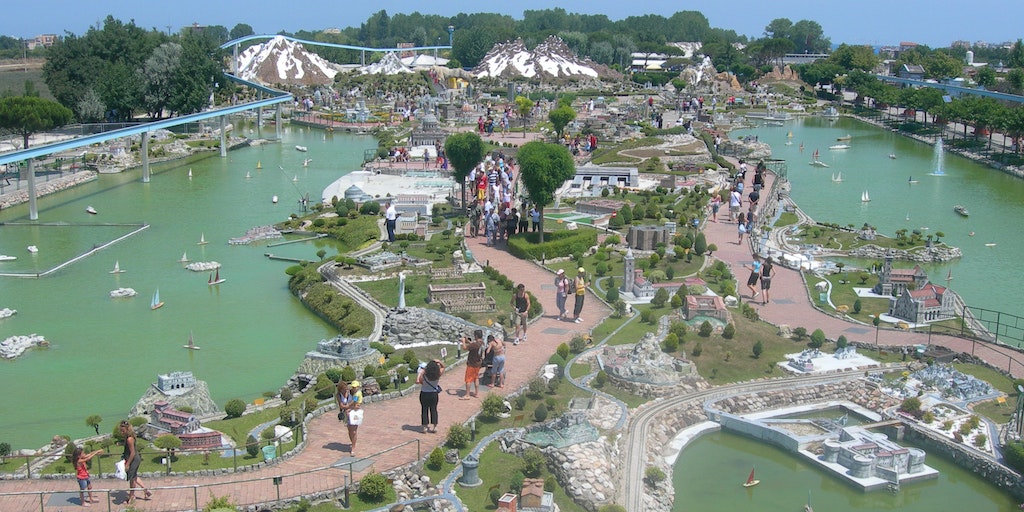 Italia in Miniatura in Viserba near Rimini is a great opportunity for a family day out. The theme & amusement park opened in 1970 and up until today, it has grown from 20,000 to 85,000 m².

The park holds 273 miniatures of monuments, palaces, churches and buildings in 1:25 scale. All this is surrounded by hills, streams, rivers, seas and railway lines and 6,000 authentic miniature trees! So one can, among other things, see a complete replica of Venice, bridges, canals, lagoons and St. Mark's Square.

Over the years, the park has grown, there is also room for pedagogical approaches such as Luna Park della Scienza - a department for children in the doctrine of technology and physics, and an interactive Driving School for children between 6-12 years where they can learn about controlling and moving traffic.

That's not it, there are also all the amusement park rides imaginable, ranging from water cannons, Sling Shot, canoe rides and slides, 3D drawings of people with laser technology, video games, and a Pinocchio corner for the children. You can take a ride together on the mini train that runs throughout the park for specific routes and themes, also to Piazza Italia which is the park's arena and stage for various performances, concerts etc.