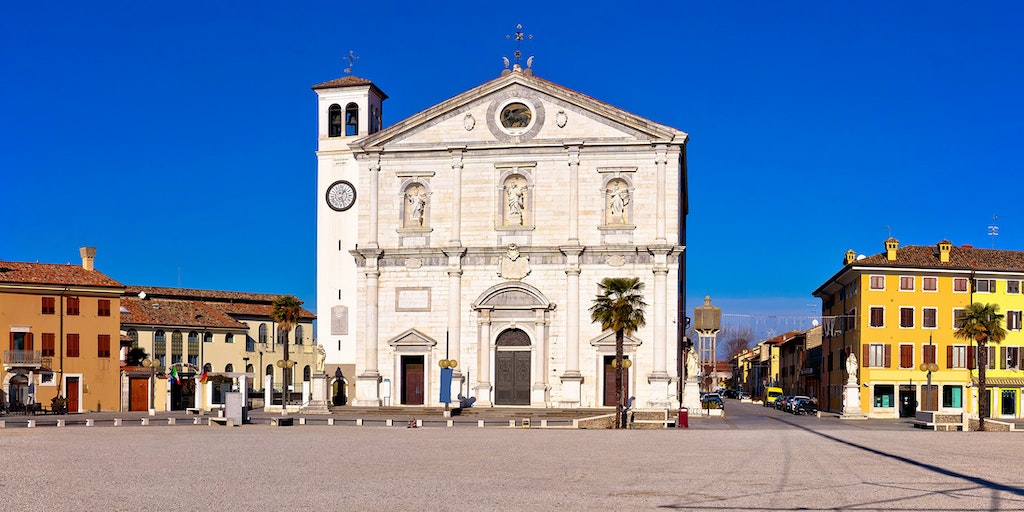 Loading content
The town of PalmaNova is just about 25 kilometers from Udine in north-east Italy, ca. 30 km from the Slovenian border and finally about 25 km to the beaches of Grado.

Palma Nova is located in the Friuli province at 55 km from the city of Trieste. It is among the most important and best preserved examples of late Renaissance architecture. The town rose around Palma Fort, which was built in 1593 when the conflict between Venice and Austria was at its peak.

The fort was located at a strategic point in the Friuli region and was awarded the name of Palma, in honor of the 22nd anniversary of the Venetian victory over the Turks. Palma Nova was under Venetian rule for over 200 years until 1797, when it then was defeated by Napoleon. Then it passed to Austria from 1798 to 1805 after which it came under Italian rule again. During the first World War, the fort was used for hospital and residences for soldiers. The fort Palma Nova is star-shaped and has a 7 km long fortifications, making it a unique fort in Europe. The city has three entrances; Porta udine, Porta Aquileia and Porta Cividale. In the year 1960, Palma Nova was appointed a national attraction and received nomination for the UNESCO list of sites of cultural heritage and preservation.