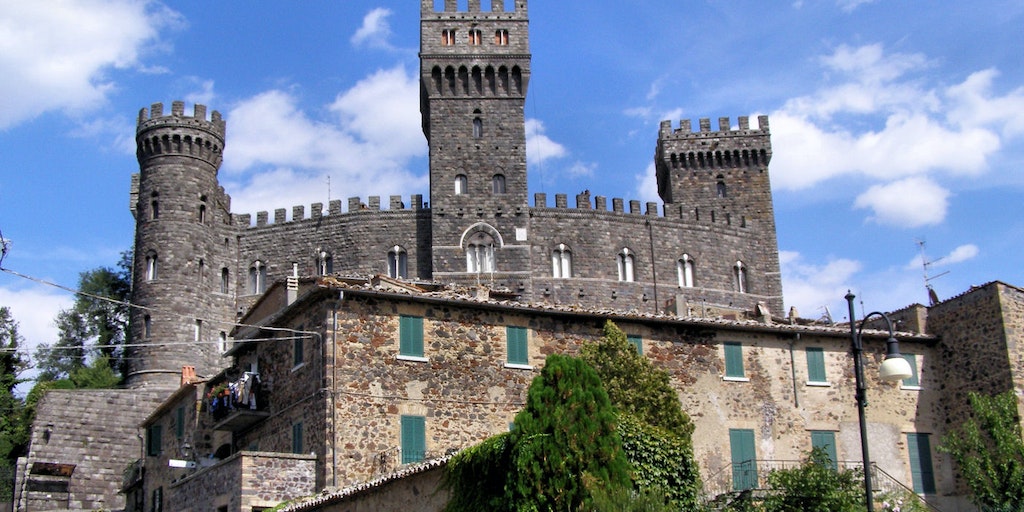 Loading content
Acquapendente is a place in the heart of Italy, rich with history. The town developed in the 12th century and is full of monuments, churches, palaces and artistry.

Acquapendente is a city in the heart of the province of Viterbo in Lazio, and it is very rich with history. The town developed in the 12th century and is full of monuments, churches, palaces and artistry. The area was originally an Entruscan settlement then later occupied by Romans and subsequently invaded by the Lombards. Of particular interest are the San Francesco Gothic church, Julia di Jacopo Medieval Tower and San Sepolcros-crypt, built around 1100

The city is known for its "Pugnaloni", a collection of large paintings made of flowers, leaves and branches from the local flora. A celebration of the Flower Madonna is held on the third Sunday in May every year.

Excursions in the area:
- Torre Alfina: The castle, which is one of the most beautiful medieval castles in Italy, has developed around the castle with the single tower, whose origins date back to the Lombards time around 760 AD. The castle is 600 meters above sea level, enjoying a splendid 360 ° view.

Events: 20 May is San Bernardinos day when the town is decorated in seasonal flowers. There are festivals every year in July when there are free concerts around the town. In August there Pappardelle festival (a type of pasta), which serves pasta prepared with wild boar.