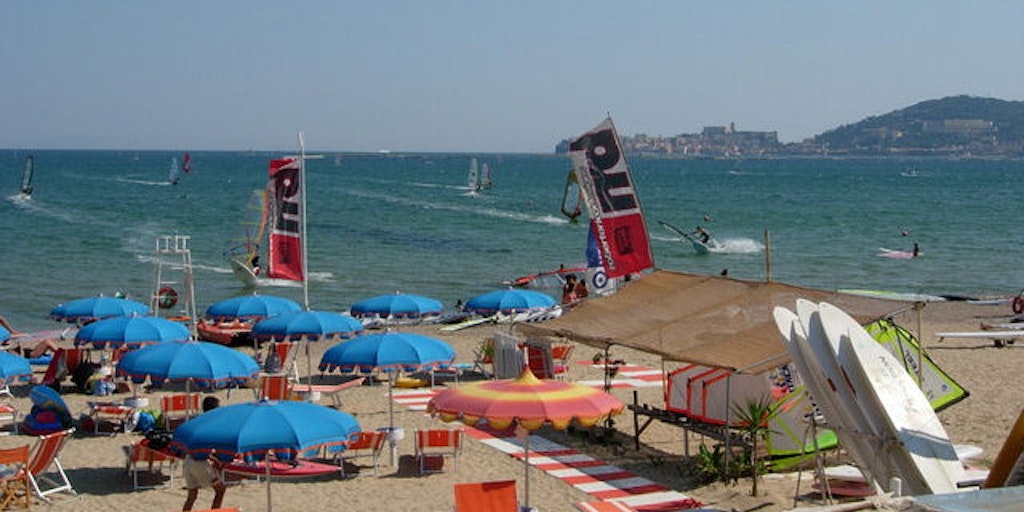 Seaside town between the mountains

This seaside town is sandwiched between the sea and the Aurunci Mountains. Since Roman times, it has been a favorite vacation spot, and both the town and its environs are relics of this particular era. You can visit Cicerones and his daughter Tulliolas's tomb, the Roman theatre and the medieval tower Mola and St. Erasmus Church.

Here you can visit Cicerones and his daughter Tulliolas's tomb, the Roman theatre and the medieval tower Mola and St. Erasmus Church.

Still some historic relics to see

The majority of the city's monuments and landmarks were destroyed during the heavy bombing in 1944, but if you go underground, you can still to this day see relics from antique shops, homes and warehouses in the central Piazza della Vittoria, just below the Villa Comunale. Today, only two of the city's 12 towers still stand and it may be mentioned especially the one that is worth seeing for its clock. Outside of Formia, along the ancient Via Appia towards Rome / Itri, you will find a well-preserved Roman fountain and Cicerones mausoleum. If you have children, we can say that there is a theme park called Aqua Park. From Formia it is approx. 196 km to Rome, 106 km to Anzio, 40 km from Terracina, 22 km from Sperlonga and 56 km to San Felice Circeo.