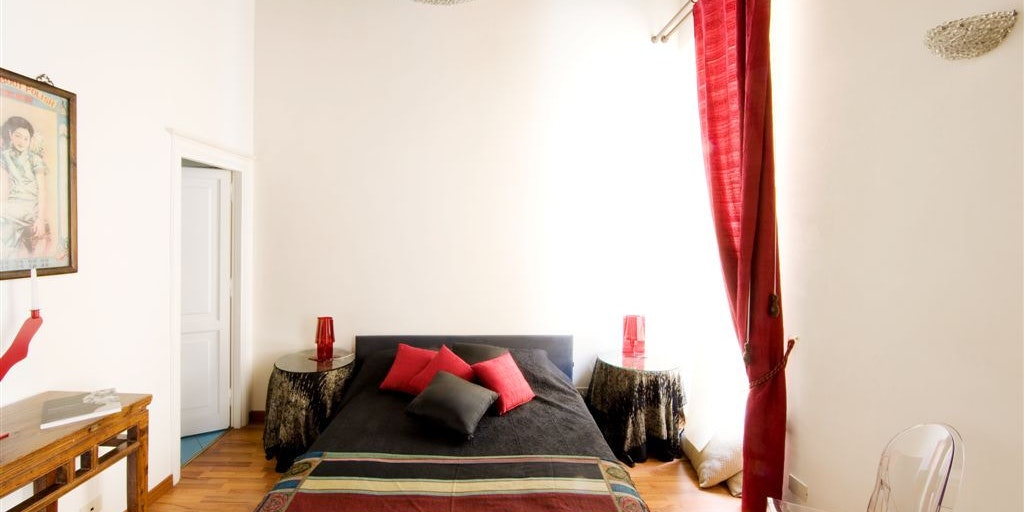 Read personal reviews of Casa Skanderbeg in in Rome. The reviews of the holiday home are written by guests who have travelled with In-Italia. All reviews are of course uncensored in order for you to get an honest description and review of Casa Skanderbeg. In addition to the review of the holiday home you can even get good tips from our guests on subjects such as day trips, restaurants, sights, beaches, local transportation and much more.

When vi arrived at the apartment, the caretaker was already there and helped us get well adjusted.
We were hungry and chose to eat at the restaurant right below the apartment. A nice choice, which we repeated later that week. We had brought breakfast for day 1, but otherwise we shopped in the grocery store on Via in Arcione. The lunch was had in different restaurants depending on which attractions we went to. We also had dinner at different restaurants. Here I would like to recommend Amore, also located on Via in Arcione close to the apartment. Here you need to reserve a table. We were in luck that the evening we ate there the Italian/American entertainer Frank Disalvo were also visiting the restaurant and he performed with several of his hits, among others: that's amore. The apartment is nicely central located and we walked to all the attractions.

If you want to go to St. Peter's Basilica and the Sistine Chapel, then leave early. Start with the Sistine Chapel, because later in the day you can easily end up being in line for over an hour.
Likewise there's a line to St. Peter's Basilica. Here you can with advantage chose to see the basement with the popes funerary monuments first. From here, if you go inside the basilica next, you passed the long line at the entrance.
If you feel like getting some Italian ice cream, we can recommend La Roma. It's located on VIa XX Settembre nearest the city gate Porte Pia. All names is in Italian but if you're in doubts on an ice cream you get to taste first.

Rating 4,8 of 5
Excellent
Based on 4 reviews
from In-Italia's guests
?
See questions and answers