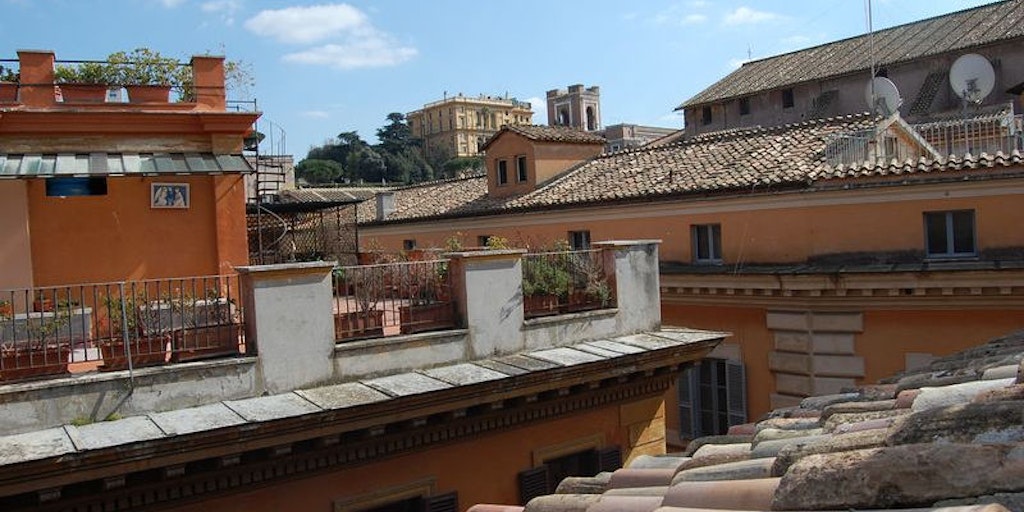 Read personal reviews of Terrazza Apostoli in in Rome. The reviews of the holiday home are written by guests who have travelled with In-Italia. All reviews are of course uncensored in order for you to get an honest description and review of Terrazza Apostoli. In addition to the review of the holiday home you can even get good tips from our guests on subjects such as day trips, restaurants, sights, beaches, local transportation and much more.

Lovely apartment, is perfectly located, big, spacious and good for children, but all the kitchen chairs except one were broken in the back, so you couldn't sit on them, and on the wonderful roof terrace there's missing some pillows for the stone bench! Besides, it hadn't been cleaned when we arrived, so we had to leave the apartment again, so it could be cleaned - not that great with too children, who's tired from a long journey. Soap was missing for the washing machine, and something was wrong with it, so it didn't finish the wash. So all in all, there were too many flaws and sources of irritation, which we hope, you'll make sure gets fixed, because it is a great apartment, which we would have thought about returning to.

Hello Bente Thank you very much for your review! I just want to inform you off the fact, that we have been in contact with the owner of the apartment, and all the things you have pointed out, has been taken care of. Best regards Christian from in-italia

The review is translated from Norwegian. Click to view the original

Nice and central apartment, but...

Generally a good apartment with the right location around the centre of Rome.
There is plenty of room in the apartment for 4-5 people, and it is nice with several bathrooms.
When all that has been said, we also have to conclude, that the apartment, in multiple areas, could be better, when you pay as much as you do for it.

Below is what we concluded we needed:

Kitchen/living room
The washer didn't have salt or stress relief, which could be seen clearly, on the porcelain in the apartment. We bought salt + stress relief.
And after a couple days, the porcelain started looking better. In addition, there is a battery at the sink, which isn't attached, so you were almost scared it was gonna jump off, and several power sockets weren't attached to the wall.

Several of the dining room chairs were broken at the back, and the furniture in general, needed a significant cleaning. The covers and other things were very dirty.
Bathrooms:
In 2 of the bathrooms the mirrors were partly broken, the toilet seat cracked, and almost no water pressure, when you took a shower. The water pressure thing was a general problem in all of the bathrooms.

Bedroom:
There could also have been a double bed in the smaller bedroom, instead of 2 single beds.

Terrace:
it ends well, but the fixed "furniture" in stone, should instead have been some nice terrace furniture so you could sit properly, when you had the option to enjoy the Italian weather.
Alternatively some cushions could have made a big difference. We missed a big garden parasol.

Suggestions:
There should be hired a plumber and electrician to run through the entire apartment to fix the things we noted.

Rating 3,5 of 5
Good
Based on 4 reviews
from In-Italia's guests
?
See questions and answers