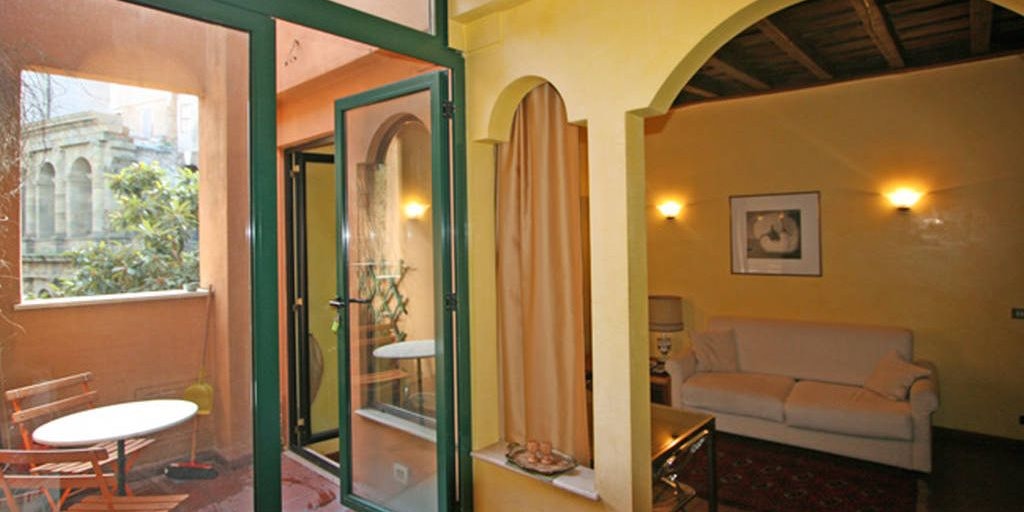 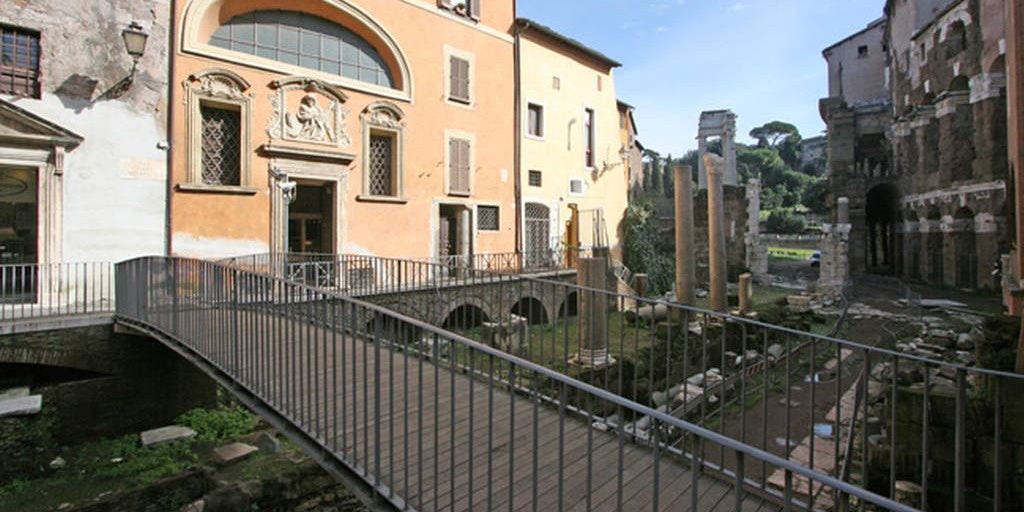 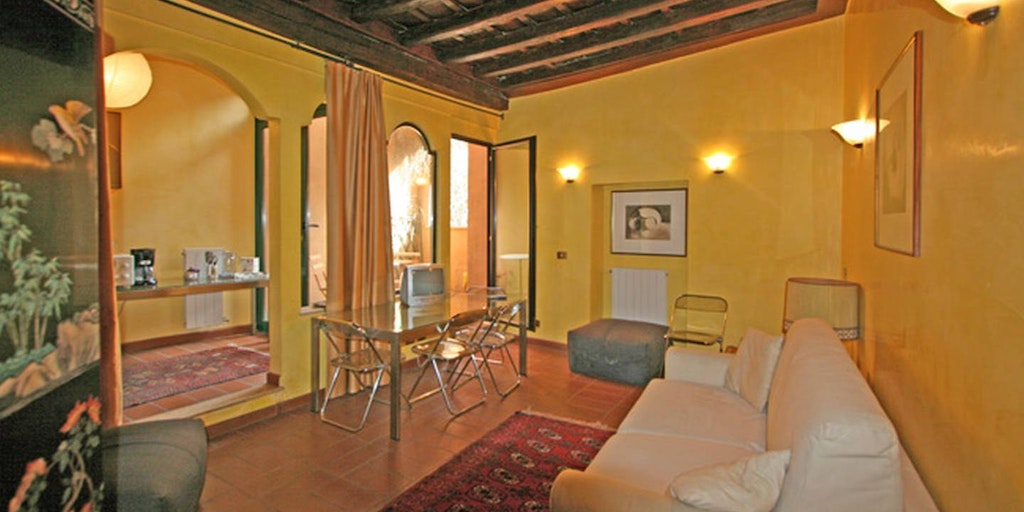 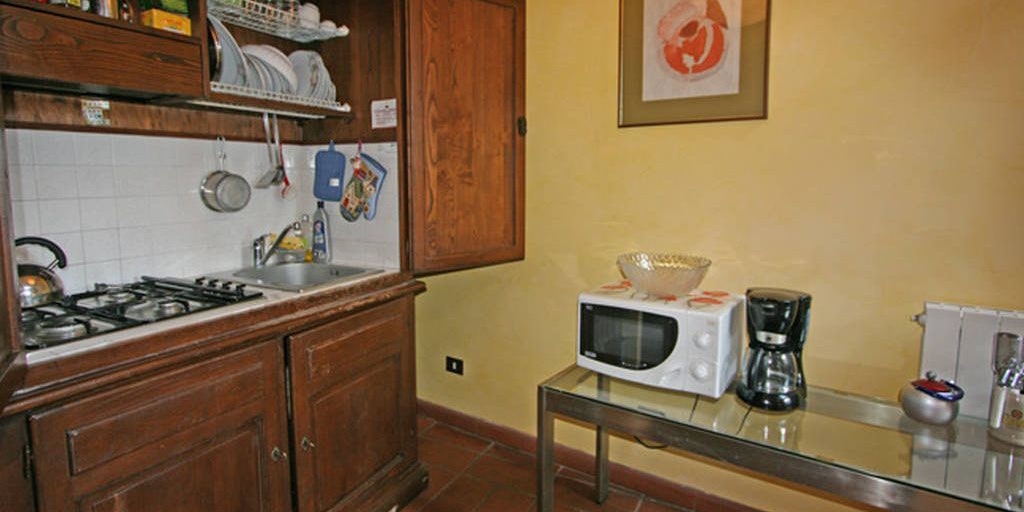 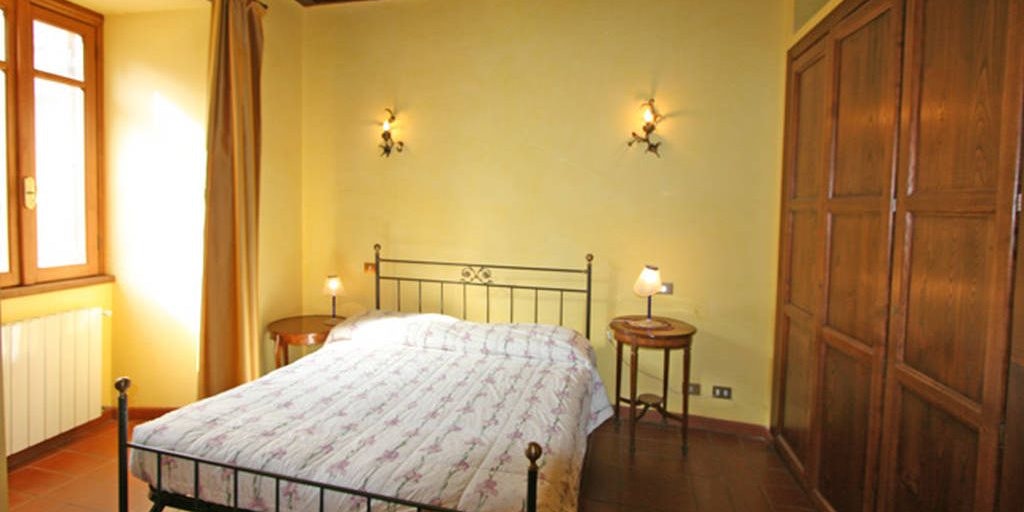 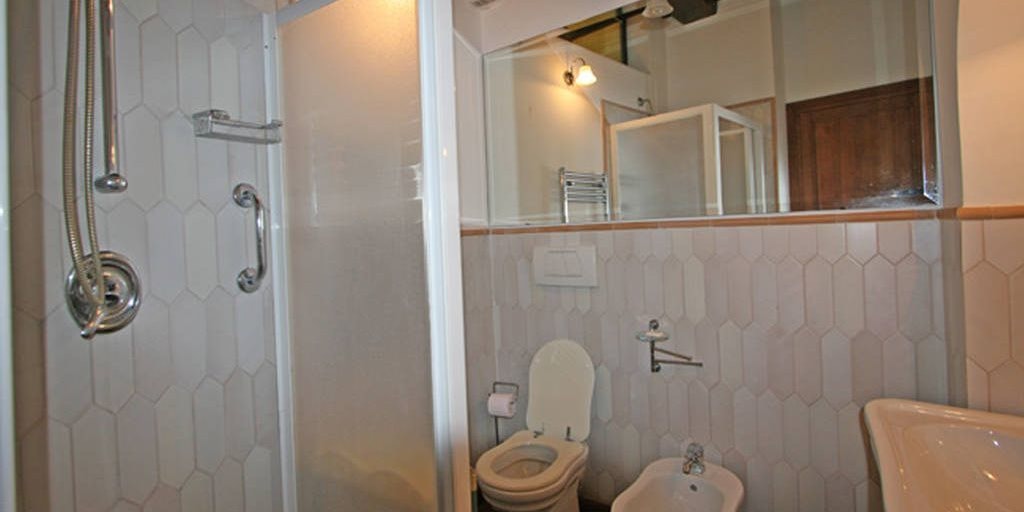 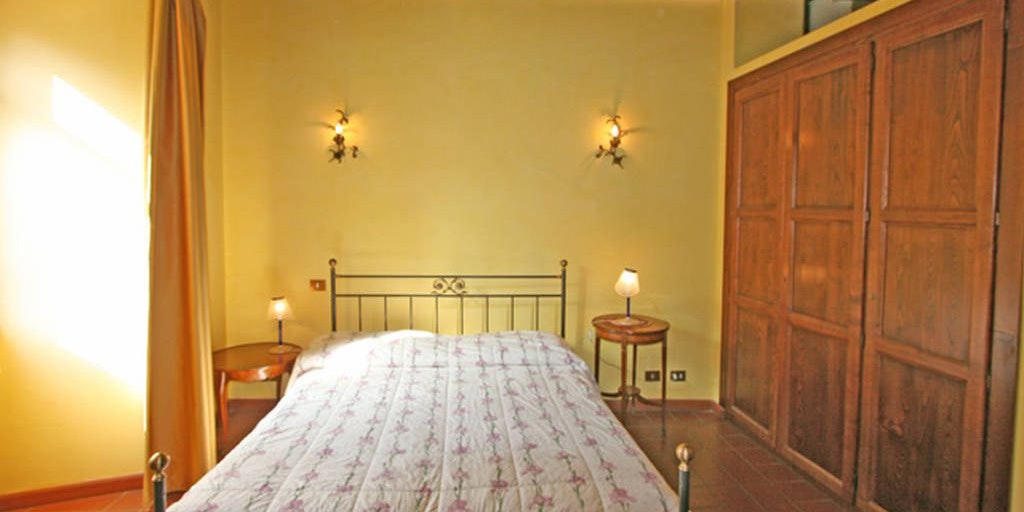 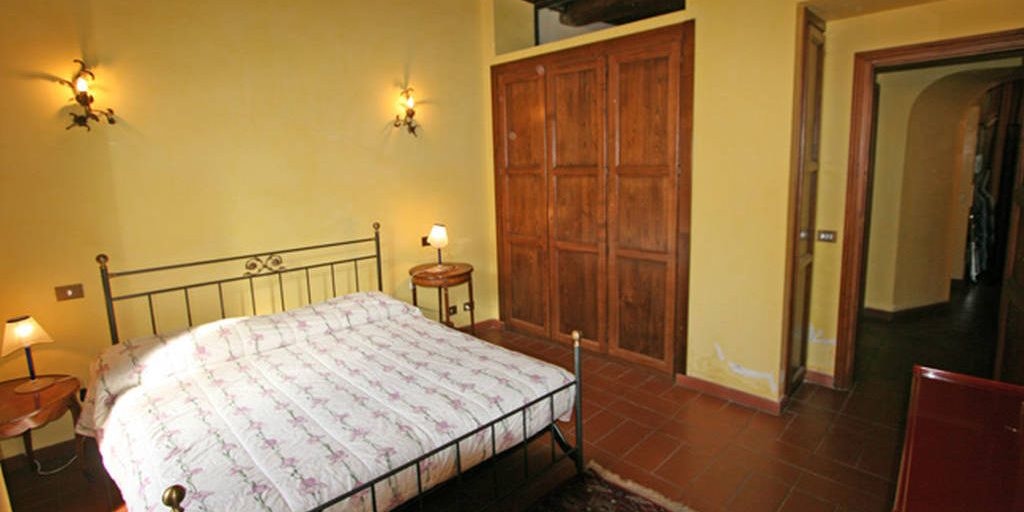 Terrazzo Foro Piscario
Via del Foro Piscario 34, Rom, Italy
This 1 bedroom apartment with a private terrace overlooking the ruins of the Teatro Marcello is found in the middle of what was once Rome's Jewish ghetto. The walls around the ghetto were demolished in 1866, and now it is one of the friendliest areas in Rome with a most interesting history.

It is so cosy here in Rome's old Jewish ghetto, full of winding character streets and alleyways and great restaurants, some of which are extremely hard to find, such as Sora Margherita. There are few tourists here since there is little accommodation available. You are still not that far from the central attractions such a 500 metres from the Capitol and 700 metres to both Campo di Fiori and the Pantheon.

That is perhaps why it is so charming and authentic. Terrazzo Foro Piscario is in the midst of this district and it is a good one bedroom apartment with a small terrace from where you (just below) can see the ruins from the heyday of the Roman Empire.

1 bedroom apartment - sleeps 2/4 (2nd floor without elevator)
- The apartment is approx. 60 m² and consists of a living room with a kitchenette and a sofa bed for two people, a double bedroom and a bathroom with a shower and toilet. And best of all: The apartment has a small terrace (approx. 1 ½ x 2 metres) with a table and two chairs facing the ruins of Teatro Marcello, but unfortunately there is a 120 - 130 cm high wall that spoils the lovely views.

Read personal reviews of Terrazzo Foro Piscario in in Rome. The reviews of the holiday home are written by guests who have travelled with In-Italia. All reviews are of course uncensored in order for you to get an honest description and review of Terrazzo Foro Piscario . In addition to the review of the holiday home you can even get good tips from our guests on subjects such as day trips, restaurants, sights, beaches, local transportation and much more.

Location and the view!

This is our fourth time we have stayed in this apartment. It is perfect for two people, have a great location and an amazing view. The apartment is not luxury, but works just perfect for us.

The apartment is located in one of Romes districts, where its possible to walk to all of the old historical and cultural sights of Rome - inc. St. Peters Basilica.
The district is very quite and safely. There is a lot of dinning areas within 15 min walk and many local.

The apartment needs a little maintenance, but in the end it doesn't matter, because you spend you're days walking around the city. There is just something with the price at the end of our stay; we paid 190 Euro fee at the check-out for misc.
Despite the high price, i think we got what we expected.