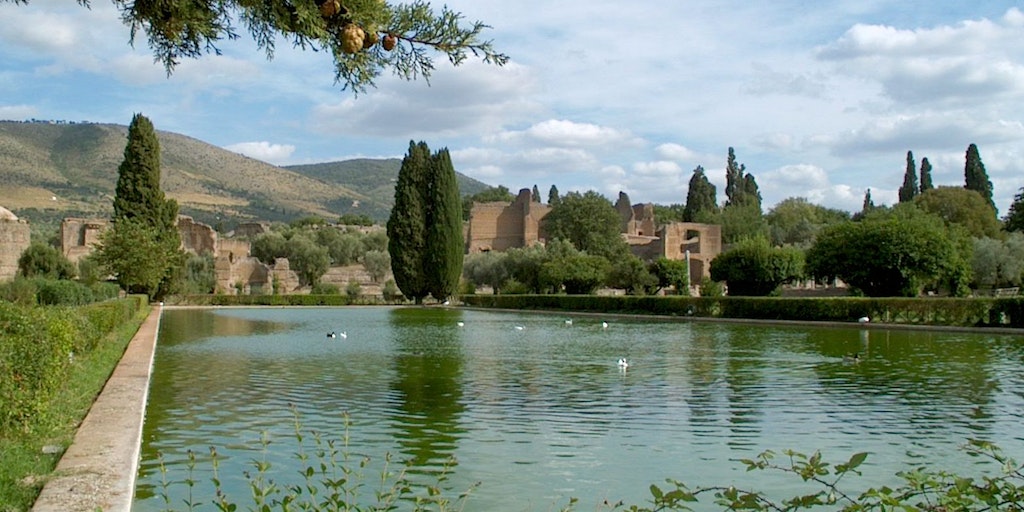 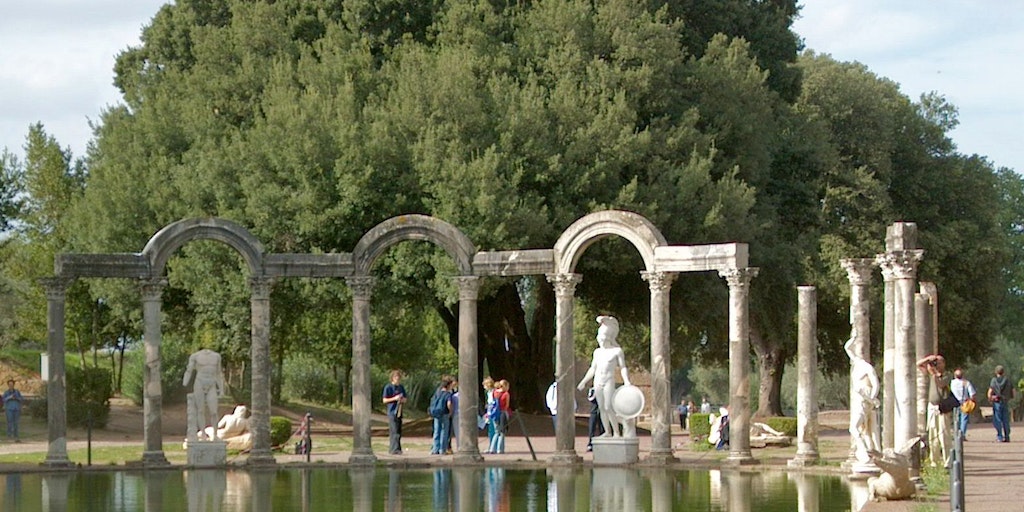 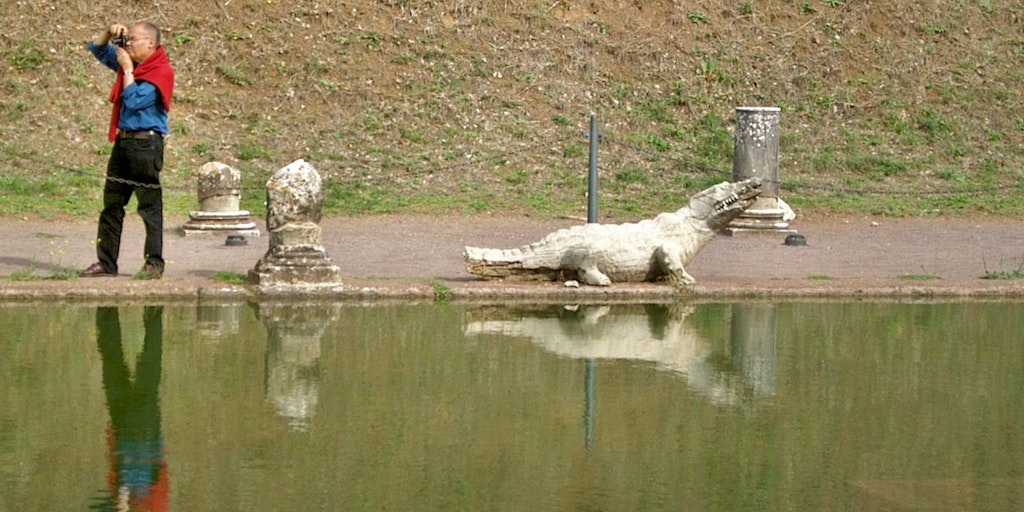 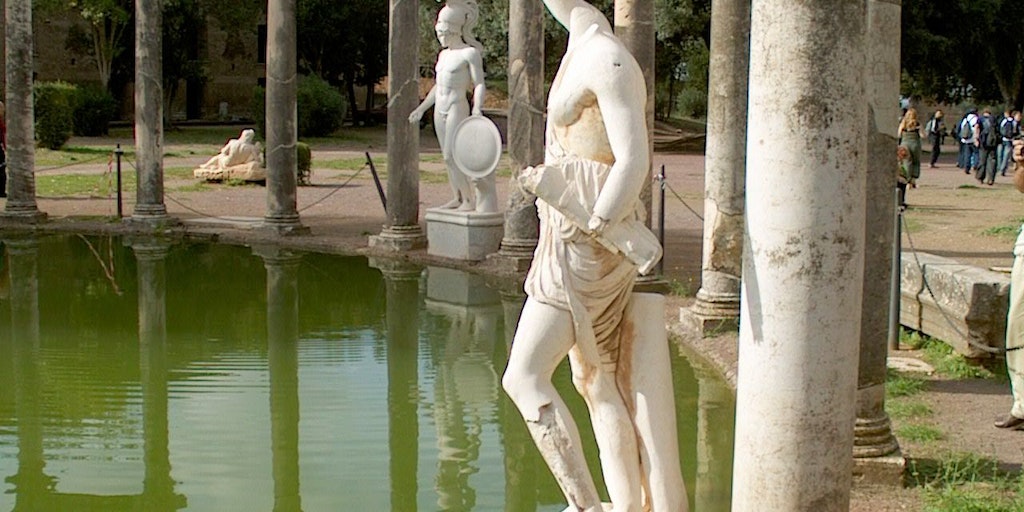 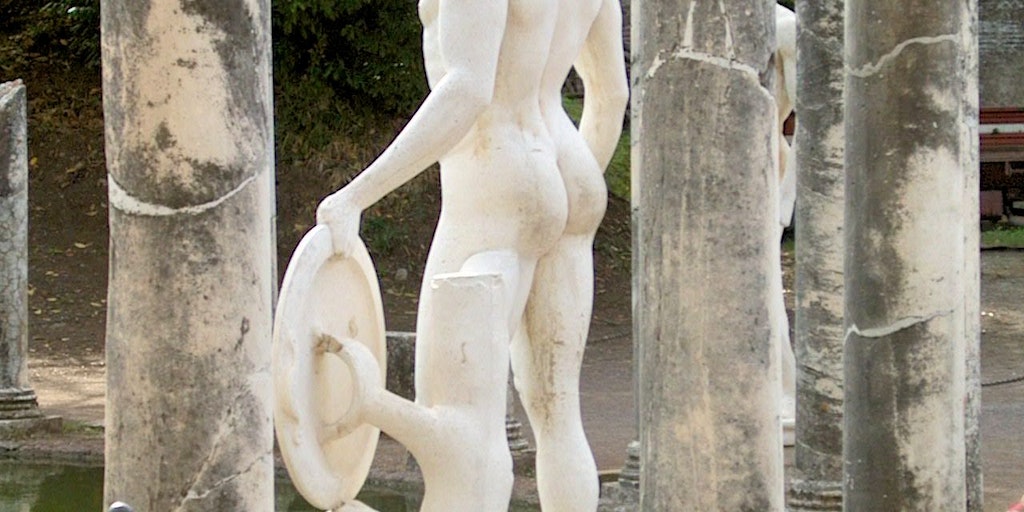 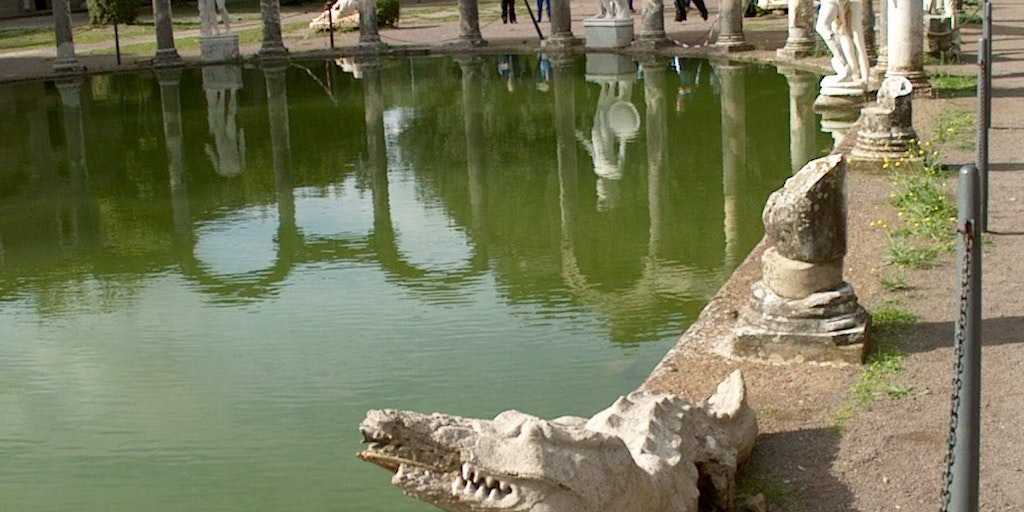 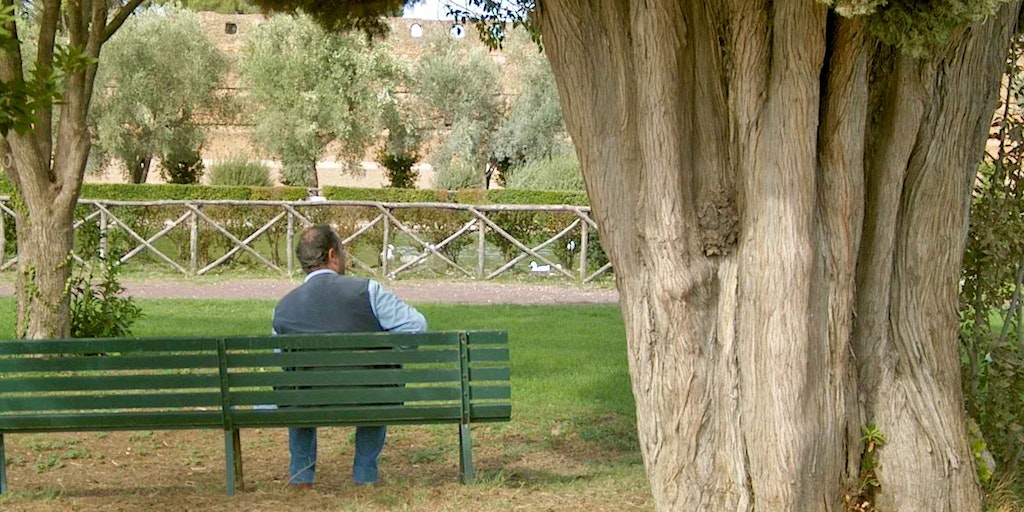 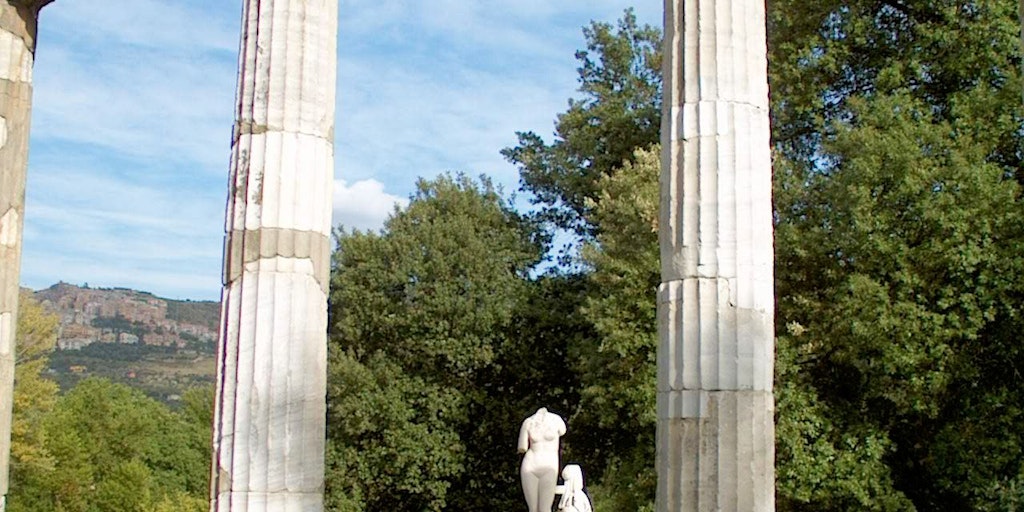 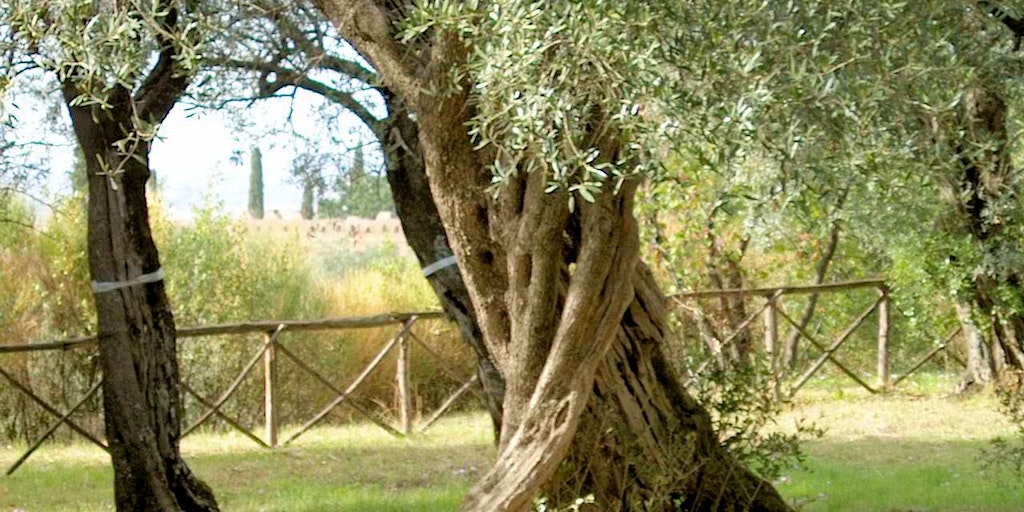 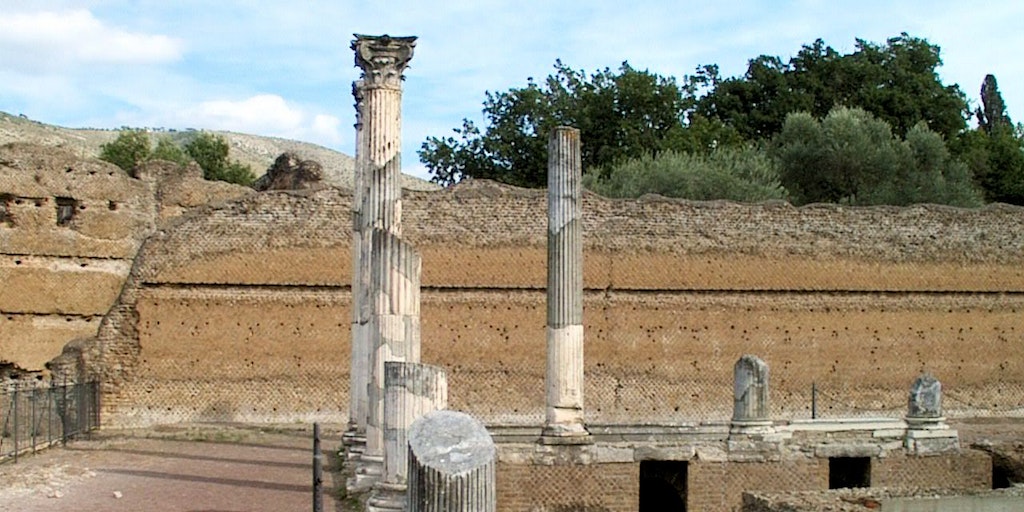 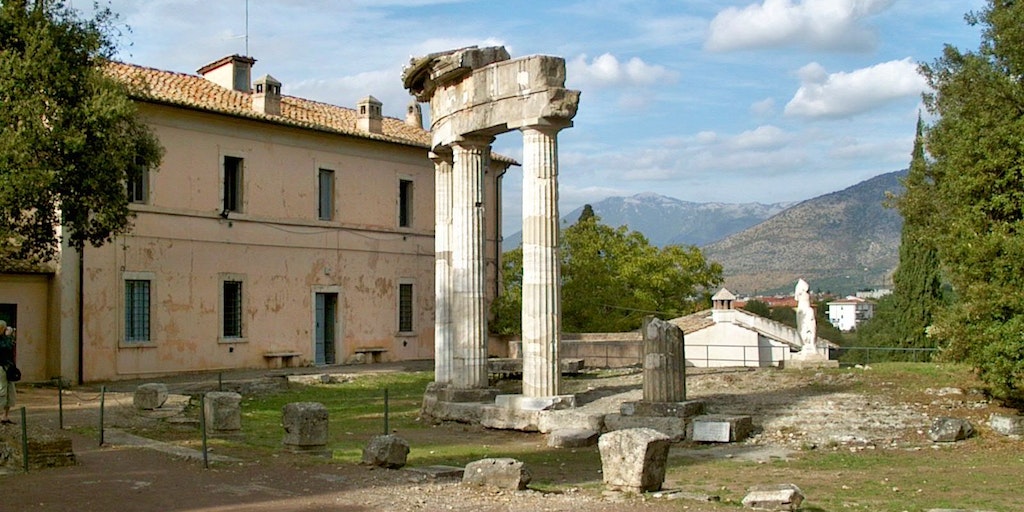 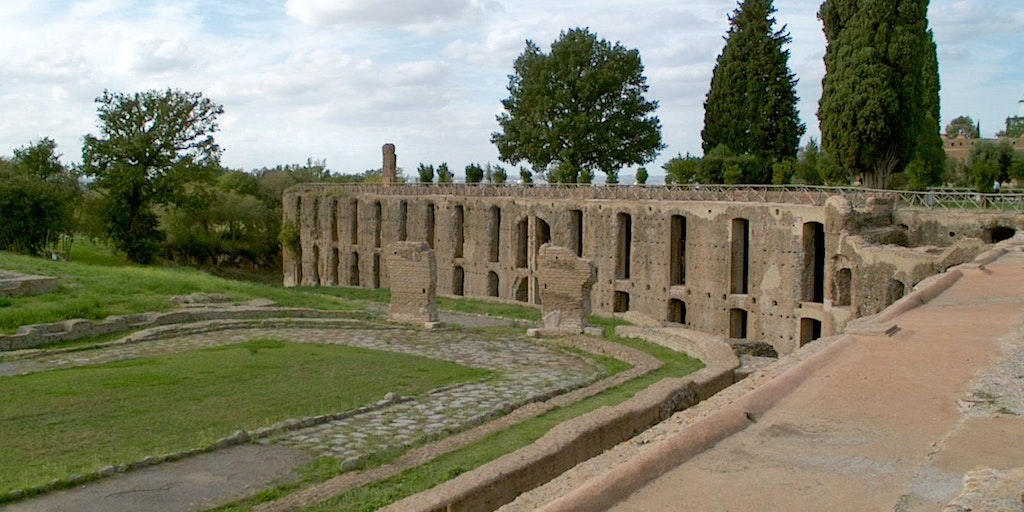 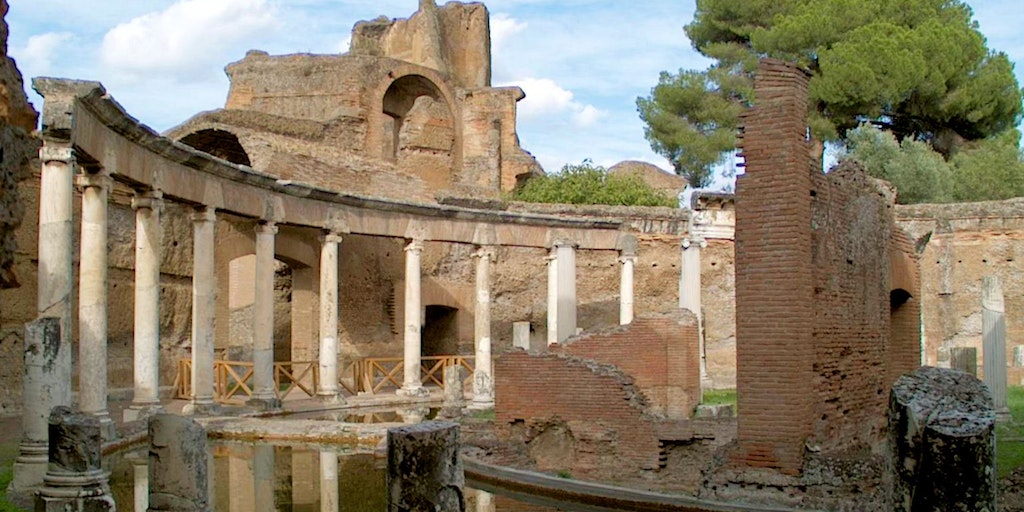 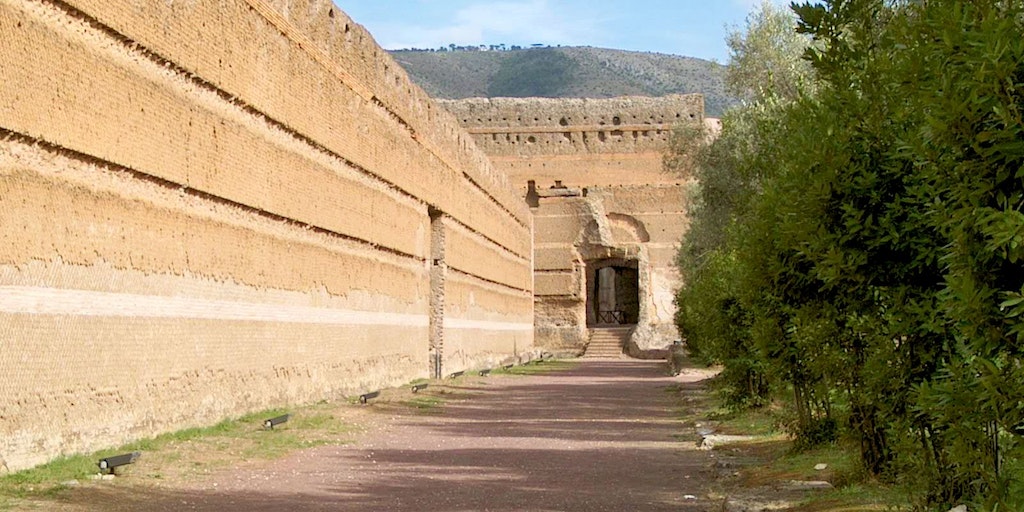 Just outside the town of Tivoli about 28 km east of Rome, you find Villa Adriana, a quite exceptional edifice, built in the 2nd century AD.. for the Roman emperor Hadrian. The building is not only an outstanding villa, but it is part of a whole complex of 300 buildings, which are listed in a gorgeous architectural style from Egypt, Greece and Rome.

The remains of the library

At the villa's central part there was a garden with superb panoramic views of the valley. Here you can among other things see the ruins of a Greek and Latin library and a large courtyard garden with magnificent Doric columns.

At a large part of the area extends a long series of underground paths and passages that slaves used when they worked here. These paths had the function that one could avoid seeing the slaves, as in this way, they could move from one building to another underground. The many years passing by have left its traces in Villa Adriana. It is difficult to get a realistic picture of how the building just looked at Hadrian's time.

What today appears as open space may in the past have been small passages or dining halls, which are unfortunately is no longer visible. Many of the buildings were several storeys tall with impressive domes that eventually collapsed. In 1999, Villa Adrian was put on UNESOC's list of preservation in the world.

Villa Adriana can be visited all year round from 9.00 and until 1 hour before sunset. Admission is € 6.50 per person.