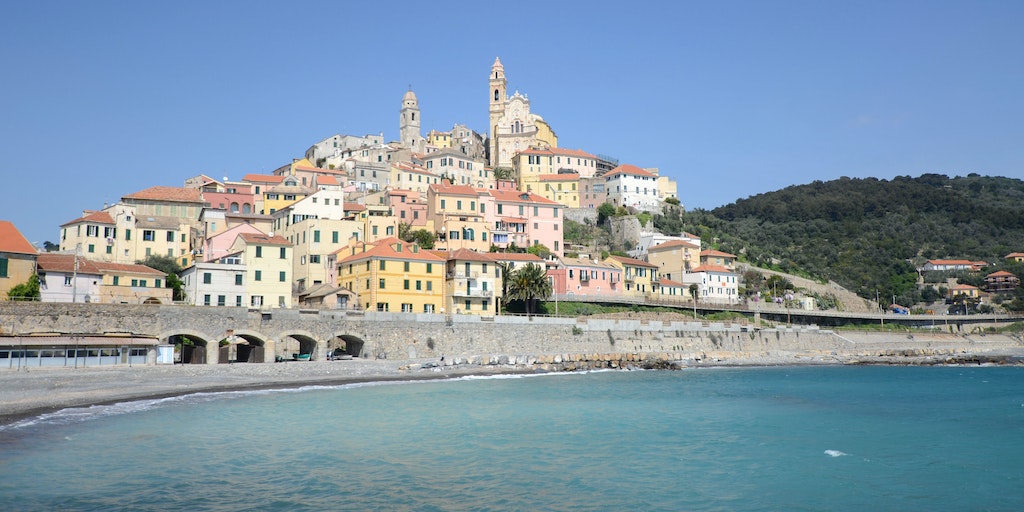 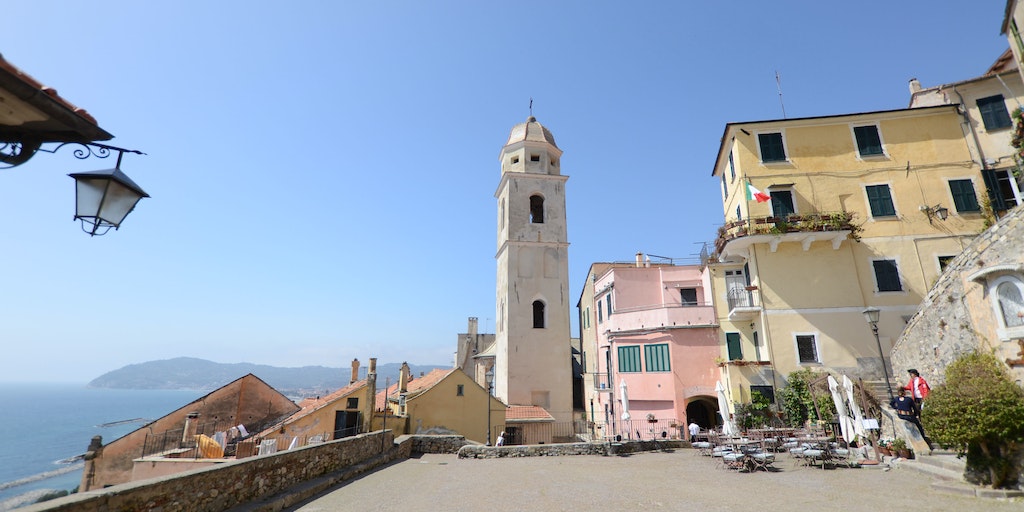 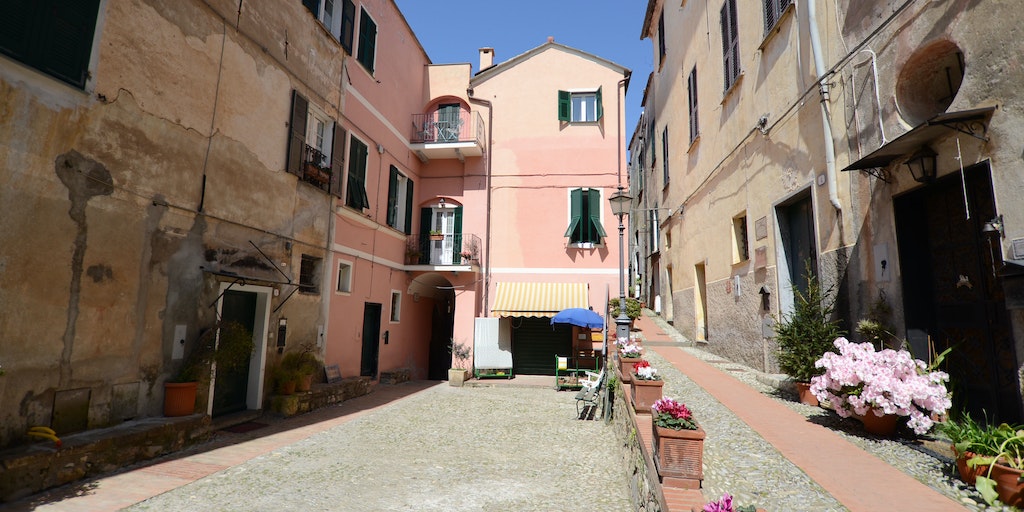 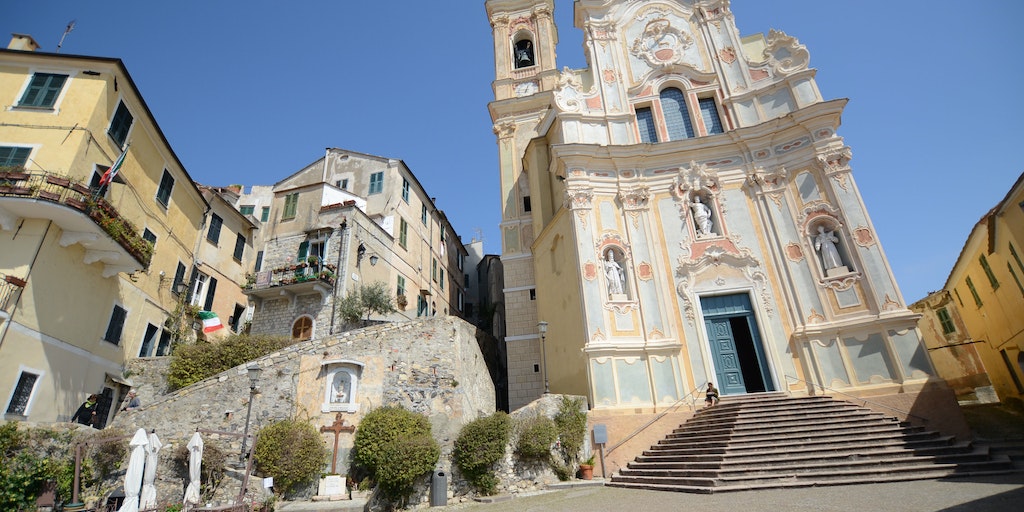 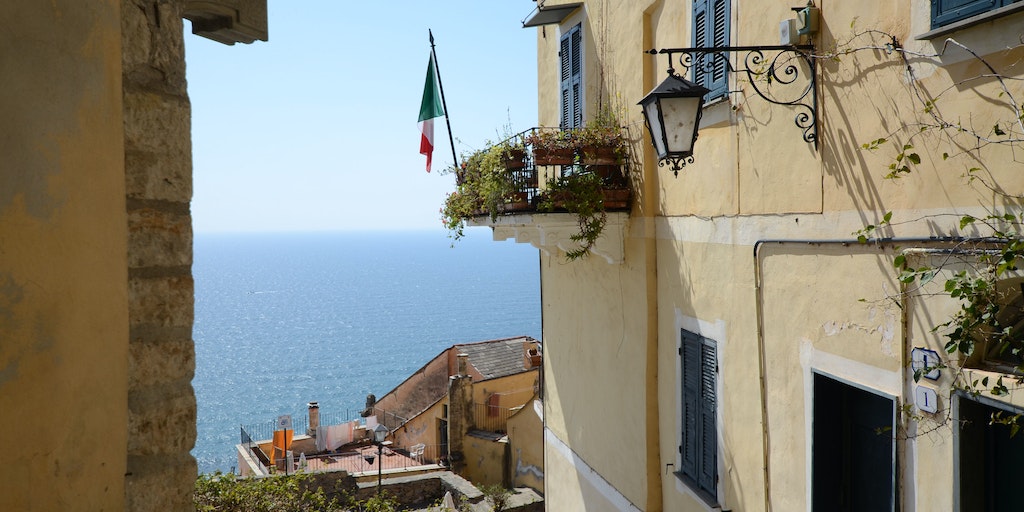 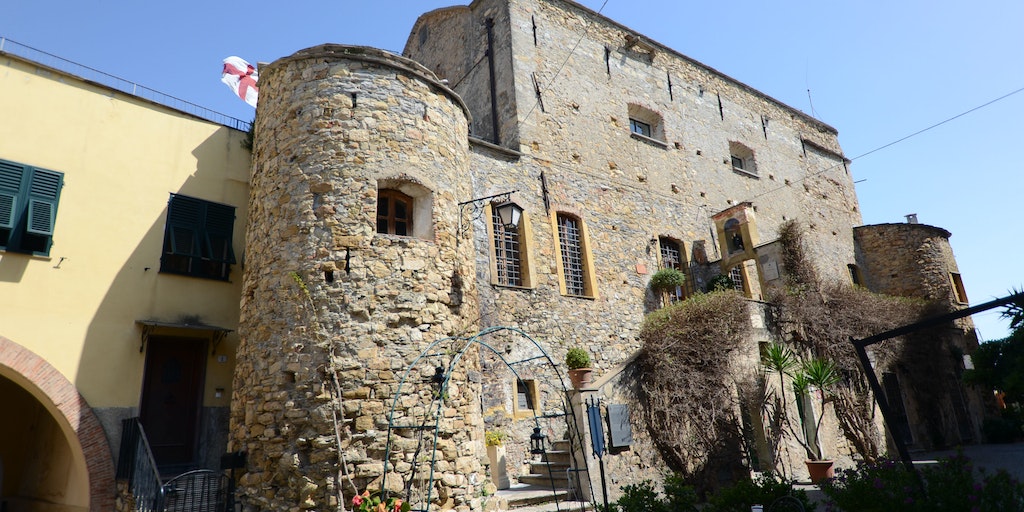 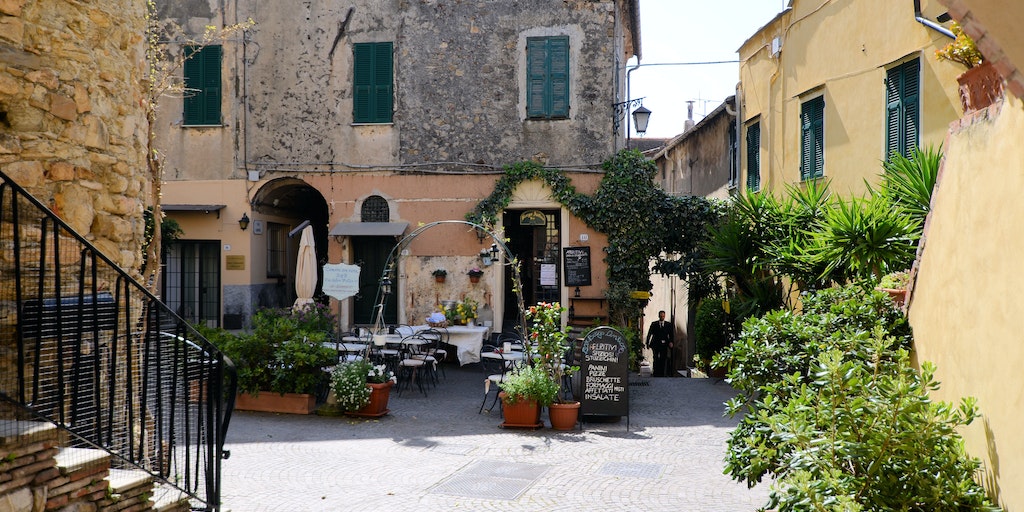 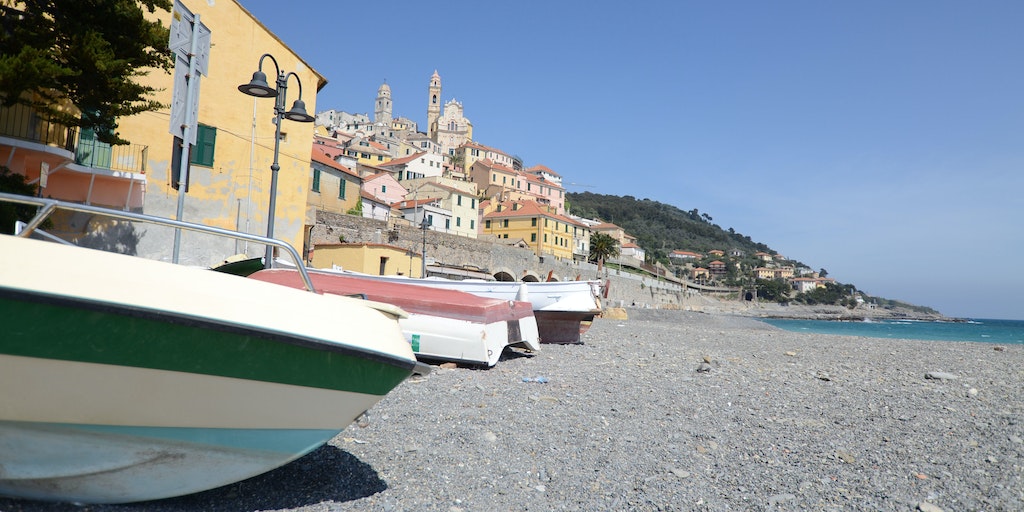 Though Cervo is a coastal town, it is not the beach that is the town's strength. Rather that it is a truly wonderful medieval town, which also offers nice restaurants and stunning ocean views.

Cervo is considered to be one of Liguria's most beautiful towns and for that reason it has been included on the list of prestigious medieval towns in Italy - I Borghi più Belli d'Italia.

Cervo rises like in a cone shape from the sea, and the higher you go up towards the top, the more beautiful the vista is. It is neither possible nor permitted to drive in the narrow alleys, but we strongly recommend that you use the car park at the Cervo's highest point. Here on Piazza Castello there is also a cosy family restaurant that can boast at having Cervo's best views from its terrace. From here you can start to tour the town on foot but remember to wear sensible shoes, because there is basically nothing more than cobblestones and steps!

Much to see in the town

The town's profile is dominated by the very large and beautiful baroque church Giovanni dei o Corallini -built in the years 1686 - 1734, which is certainly worth a visit. It is said that the church was built from the money made from coral fishing hence the name Corallini. It is located on the main square of the same name. Here you can sit on the wide staircase of the church or one of the surrounding small restaurants with outdoor seating and enjoy the sea view. If you wish to visit an even older Church, the Oratori di Santa Caterina from the 13th century is a good bet. Concerts and music festivals are often held here including the chamber music festival in July and other classical music events in September.

Although it is a coastal town, the beach is not its strength, but rather that it is the most beautiful medieval town with nice restaurants and stunning sea views. The beach is still nice, pebbly and great for a swim. You must be prepared however to hear the train from the beach as the line passes between the beach and the town. If you want a sandy beach you can go to the neighbouring towns of Diano Marina and San Bartolomeo al Mare. You can choose to take the train to Diano Marina, which takes a short 5 minutes.

Local markets
If you like local markets, there are two in Cervo. They both open on Thursdays from approx. 8:00 to 14:00. One is located in Via N. Sauro, and the second (which is only open during the summer months) is located on Piazzale Stazione.