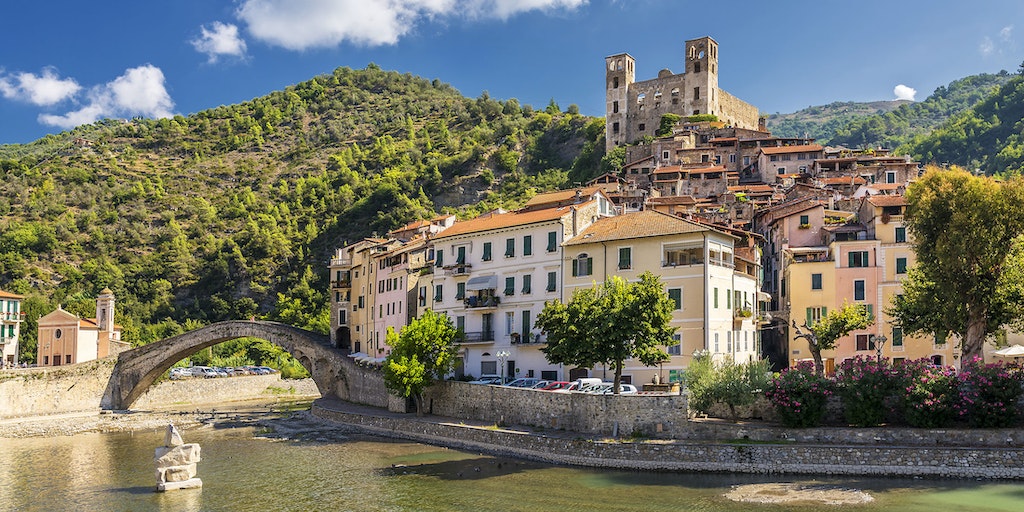 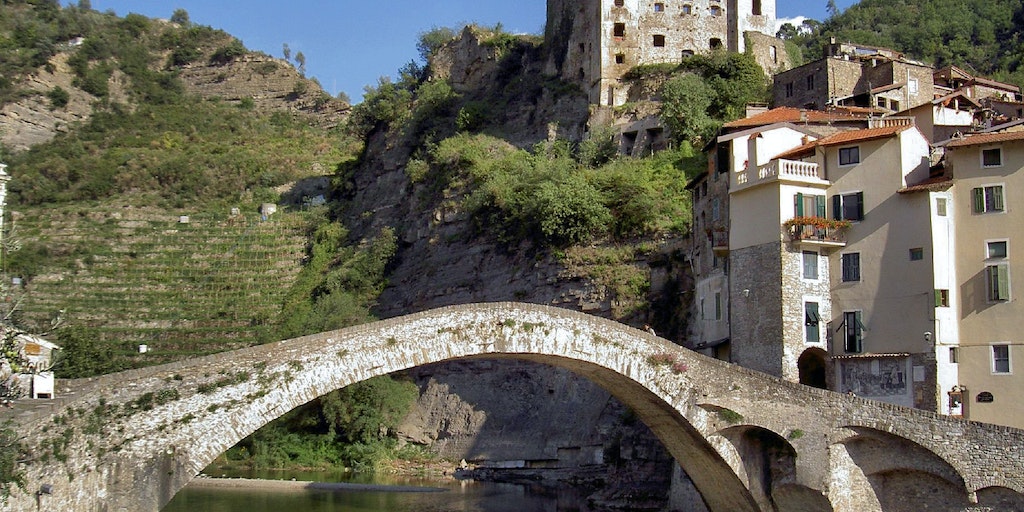 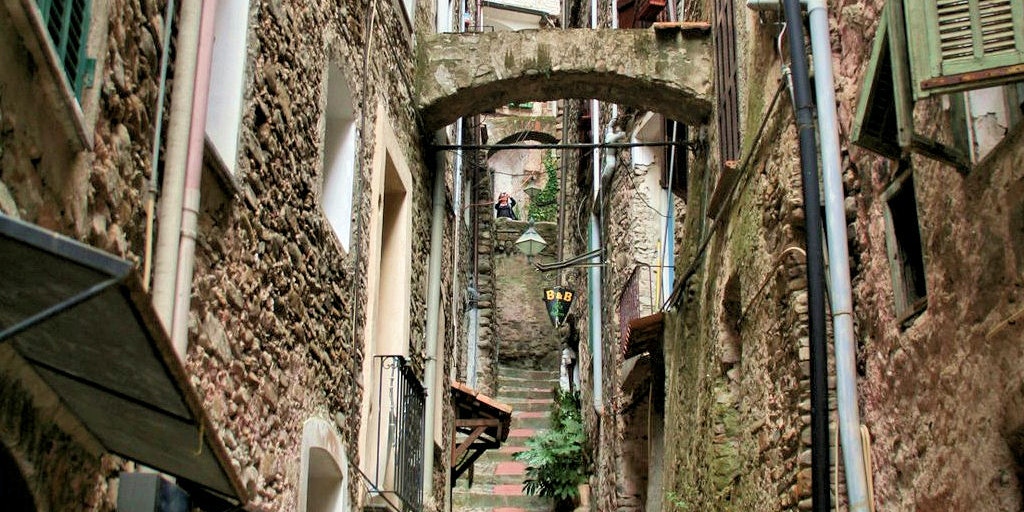 Medieval atmospheres of a bygone age

Dolceacqua, nearly hidden between the green hills with her cobbled maze of narrow streets, a castle and the arched stone bridge, which has become the city's landmark. Here you have the opportunity to make a trip in the past, enjoy the view and the genuine Ligurian kitchen or just a glass of local wine. Monet used to be a frequent visitor in the past. Dolceacqua belongs to the list of "best small towns in Italy"

Dolceacqua is a small picturesque and most important medieval town in the Val Nervia and the extreme west of Liguria. Dolceacqua is located about 7 km inside the mountain valley of Val Nervia, where the river Nervia flows through and culminates near Ventimiglia, the border town with France. The town inhabits about 2000 people. You will experience a very special atmosphere as you go through the very narrow streets with its many arches between the houses. You will encounter many small squares with little shops, cafes or restaurants.

La Terra is the oldest part of the town and located at the highest level. It is dominated by the Castello dei Doria, named after the powerful Doria family, which originally came from Genoa, and had great influence in Dolceacqua (and most of Liguria) since the 1300s. The streets follow the levels of the natural landscape, up to the castle and down to the river. Today, it houses small workshops for crafts, restaurants and wine shops where you can buy the local red wine Rossese.

The town is made up of two beautiful villages located on either side of the Nervia river: the original ancient centre, “Terra”, and the other from the nineteenth century, “Borgo”, connected by a spectacular medieval humpback stone bridge of 33 meters. The French painter "Claude Monet" was enraptured by this town and reproduced 4 very fine painting if this town during his life.

Castello dei Doria was initially built in the late 1100s to be expanded by a curtain wall later in the 1300s. During the Renaissance changed its function changed to a fortified stately home with new premises, which was richly decorated with frescoes and furniture. The castle was partially destroyed in 1744 as a result of an Austrian attack and also suffered major damage during an earthquake in 1887. It is now owned by Dolceacqua commune with plans to restore it and use it for cultural events.

When you enter the town you will see the church of San Giorgio, built in the 11th century in Romanesque style, which can still be seen on the facade and the lower part of the bell tower. However, it is continuously changed during the Gothic and Baroque periods.

The Baroque church of Sant'Antonio-Abate (named after Dolceacquas patron saint) with its impressive bell tower from the 1600s is also worth a visit. Inside the church you will find beautiful stucco and marble works as well as the painting by the Renaissance painter Ludovico Brea in 1515 depicting Santa Devota, Corsica and Monaco's patron saint.

Dolceacqua celebrates "La festa della Michetta" in the morning on August 16. "Michetta" is a small oval and sweet bread that resembles most as a kind of croissant. It has the shape of the female sexual organ. It is now regarded more as a symbol of freedom (for women), and love, and is a local specialty.
The party is the people's tribute to the lifting of "droit du seigneur", which means "the right of the first night" like one landowner had for his female subordinates in 1364.
During the festivity the city's young men are out on the streets, accompanied by a musical procession, and ask the young women about their "michetta". The women's role is to give them the dough, as a sign of sympathy.

The city is known for its ruby ??red, soft and aromatic "Rossese di Dolceacqua." A DOC wine and is produced only in limited quantities. The grapes for this wine are grown exclusively on the terraces, excavated along the river Nervia. It was loved by the admiral Andrea Doria (1466 - 1560) and Napoleon Bonaparte, who even took a good supply of wine home with him to Paris.

Every Thursday morning there is a market on Piazza Garibaldi.