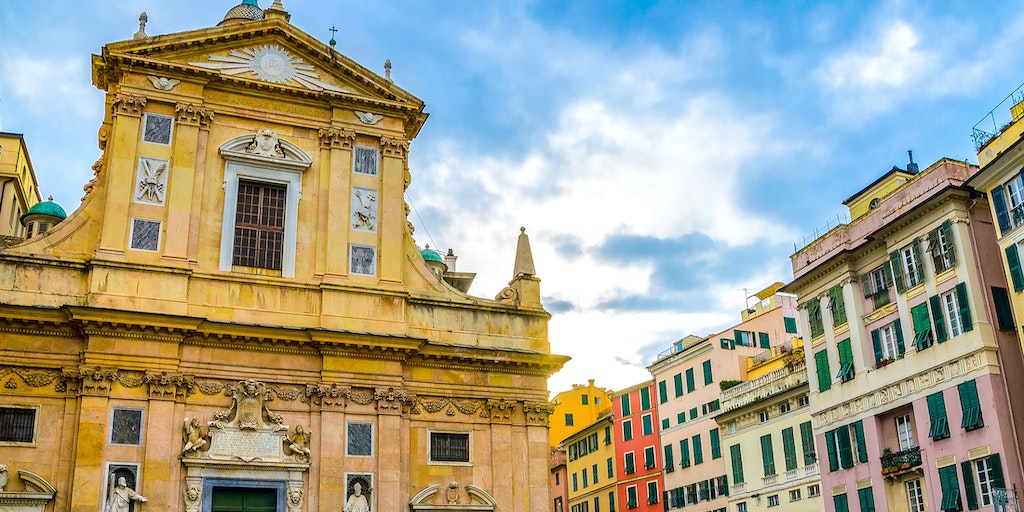 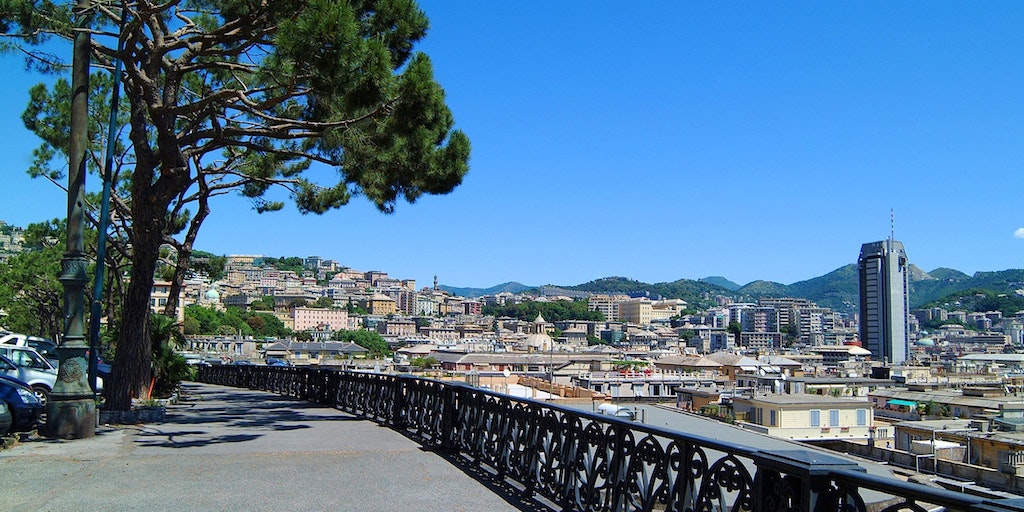 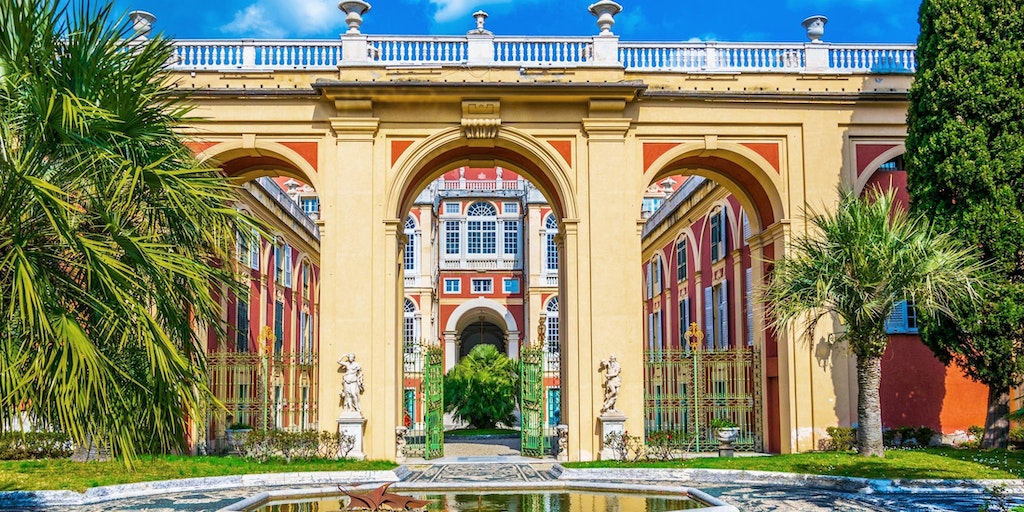 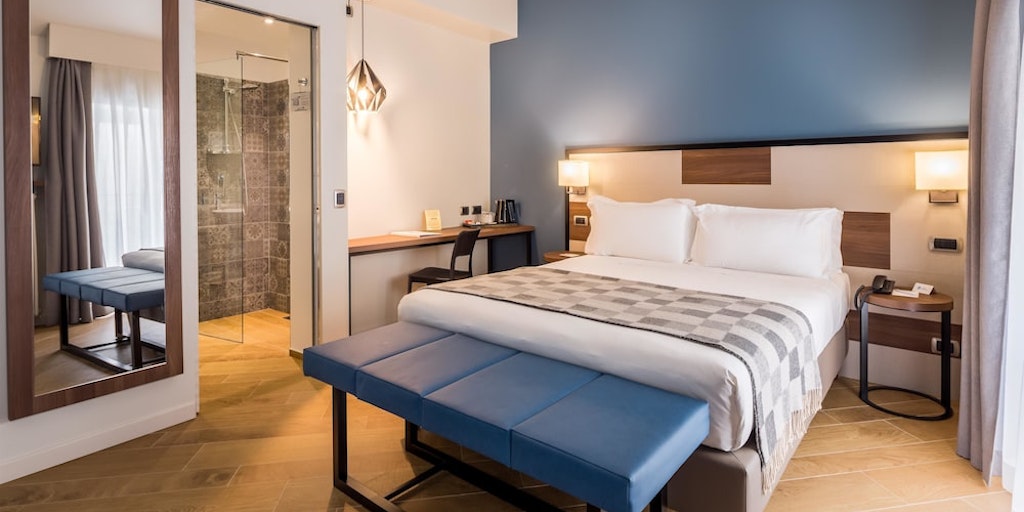 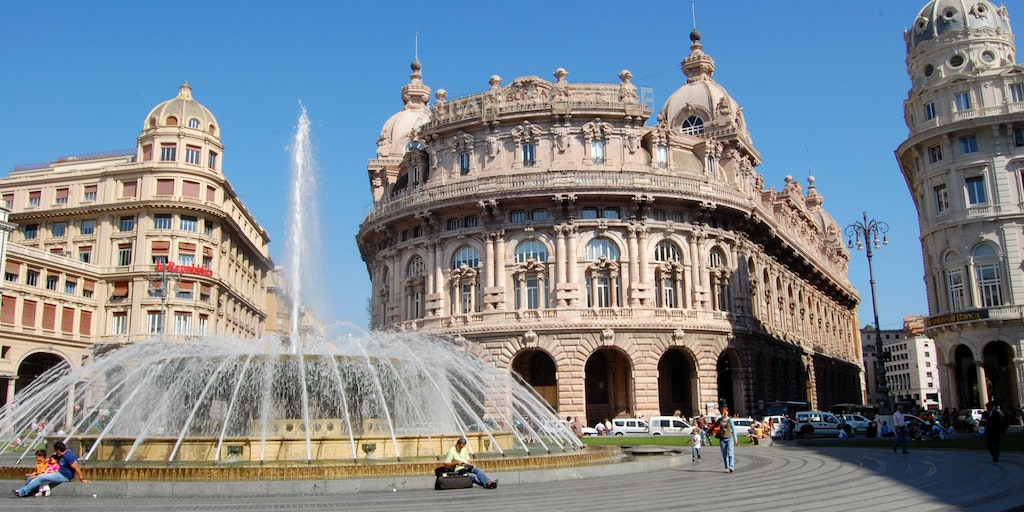 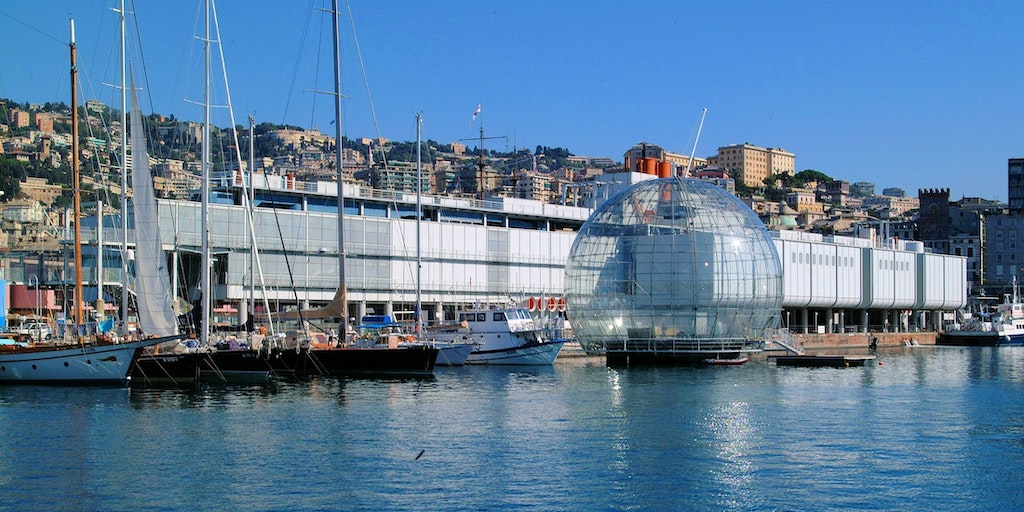 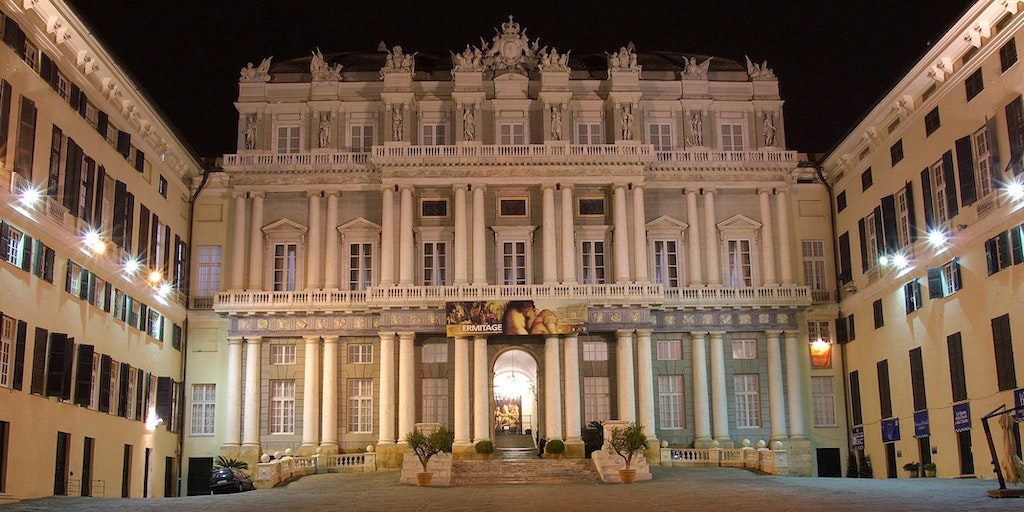 Loading content
Genoa’s status as Italy’s largest port has been cultivated for centuries. Even back in the 12th century, Genoa counted itself amongst the proud Italian maritime republics, and the town’s merchants made enormous fortunes from trading in the Mediterranean.

In 1844 Dickens described Genoa as: "a place that grows upon you every day...it abounds in the strangest contrasts; things that are picturesque, ugly, mean, magnificent, delightful and offensive, break upon the view at every turn". His description is still appropriate today. There are very few towns that are as fantastic and as boring, as beautiful and as ugly as Genoa. This town is one of Italy’s unsung treasures.

Genoa’s status as Italy’s largest port has been cultivated for centuries. Even back in the 12th century, Genoa counted itself amongst the proud Italian maritime republics, and the town’s merchants made enormous fortunes from trading in the Mediterranean. These glory days lasted for centuries and Genoa at one time even occupied Sicily and Corsica. At this time, the town’s worst enemy was not so much the Saracen pirates, but the competing maritime republics of Pisa and Venice.

A twist of fate decided that it was none of these three who would initiate the downfall of Genoa, but Genoa’s own son, Christopher Columbus, whose discoveries led to new maritime trade routes, which reduced the trading significance of the Mediterranean. Since then, Genoa has had to cope with invasion from both Austria and France, which significantly weakened the town’s influence and forced Genoa to relinquish much of its territory. It should, however, be noted that Corsica was still under Genoese rule when Napoleon Bonaparte was born there in 1769.

Today the town is bigger than ever, but sadly not more beautiful! Rapid growth over the past century has – as in all large towns – resulted in Genoa now being a peculiar mix of beautiful old buildings and modern constructions in steel and concrete. The historic centre, close to the old harbour, is still intact and fascinating, and since there it is plenty to see there, there is no point wasting time in the dull modern parts. Down in the harbour, much of the construction is naturally new – no one can expect the dockers and sailors to work under the same conditions as they did one hundred or even three hundred years ago! But just a couple of steps up from the water to the ancient arcades, which run under the houses on the harbour front, you can find the maritime charm of the ancient saloon bars, shops and restaurants.

The historic centre is a real labyrinth; you could explore these streets for days.

A few of the places you should visit:
- Via Garibaldi boasts an unbelievable number of 16th century mansion houses, of which the majority are beautifully restored. It’s a feast for the eyes to wander down the streets and look at these magnificent ornate buildings.
- The Gothic cathedral San Lorenzo dates from the 12th to 13th centuries. Its elegant architecture and intricate lithoglyptics make it Genoa’s most beautiful church.
- The town tower is a special attraction: try on your way round to see how many medieval towers you can spot; towers that are either still standing or have been incorporated into later buildings.
- If you get culture fatigue, you can visit the enormous aquarium with over 500 types of fish (and everything else you find in the sea!). It’s the third most visited attraction in Italy, only outdone by the Vatican museum in Rome and the Uffizi Palace in Florence.