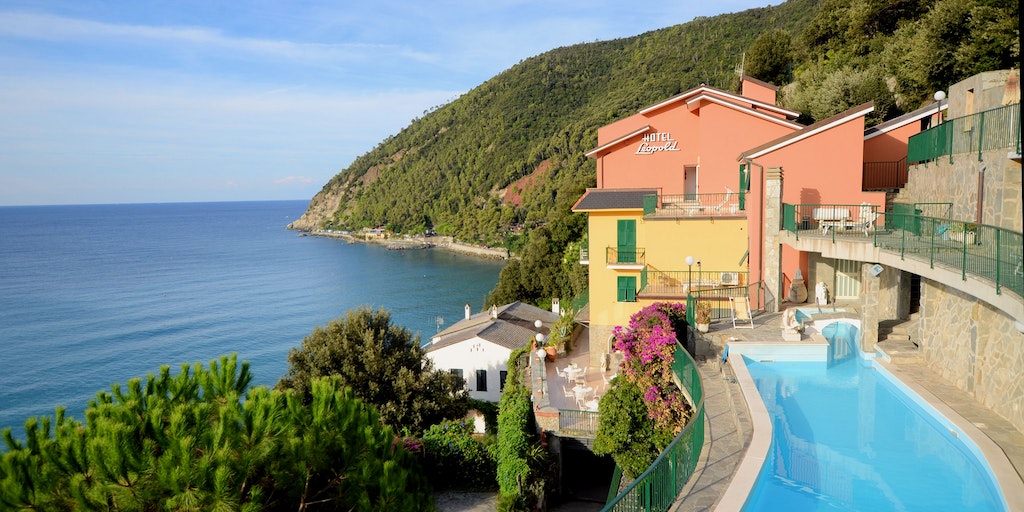 We enjoyed our stay. It was not cheap maybe due to the location. The two hostess are surely busy and most stuff is forbidden. You cant move the sunbeds, not that anybody told us, but there is signs everywhere telling you whats allowed. I do not get it. All the guests really behaved themselves. You do not know what you pay for - like go to the public beach it is much better than the one just in front of the hotel. A hotel with that standard should have WIFI. The city Moneglia is a bit quite from the middle of september. The cafe Hemmingway is awsome and has free wifi. In total, way to expensive experience.
/Anne
They should have a minibar at the room!

Great. Also in the rain. The sell umbrellas everywhere. We were here medio september and due to the weather the ships did not sail between the cities. But the trains was running? A huge experience.

Hi Anne. Thanks for your feedback. The Cinque Terre area is among Unescos list and therefore very popular and also a bit more expensive than other destinations. Hotel Leopold is far below the amount of money you would pay for a hotel with seaview and pool ells where. The hotelrooms in Liguria is in general quite small, cause the the terrain is with mountains, and space is really a short supply. That is the reason for not having minibars in the room. As it is stated at our webpage, you can ask Hotel Leopold to bring a minibar to the room without any costs. We just need to know about it. About the rules and signs, this is just for being sure that everybody has a nice vacation because not two people are the same. Best regards, Allan from In-Italia

The review is translated from Danish. Click to view the original
Show all reviews from Hotel Leopold
Rating 4 of 5
Very good
Based on 160 reviews
from In-Italia's guests
All reviews in one place