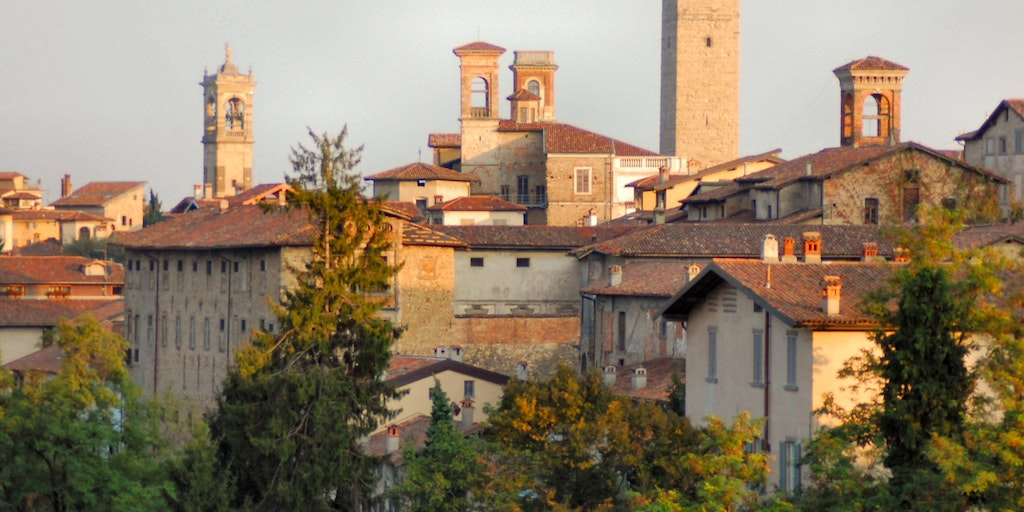 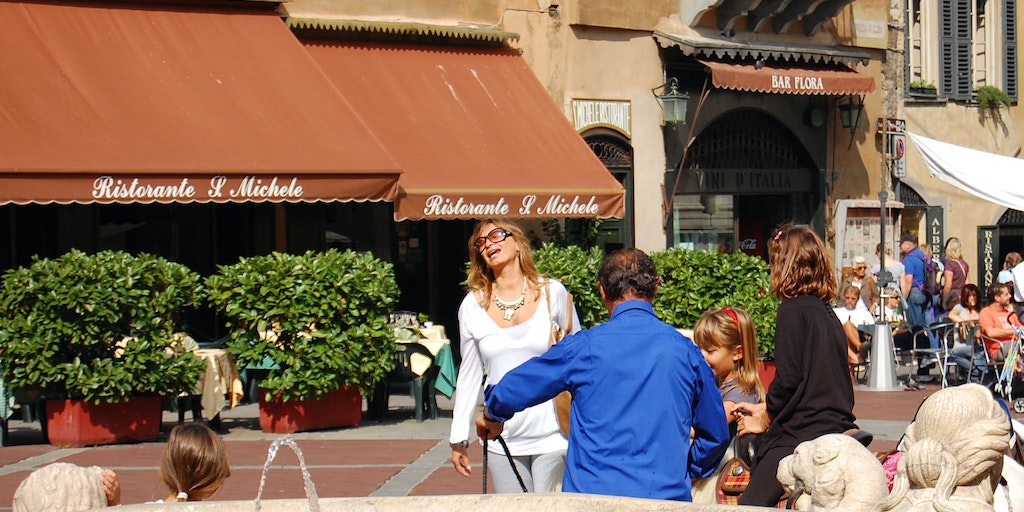 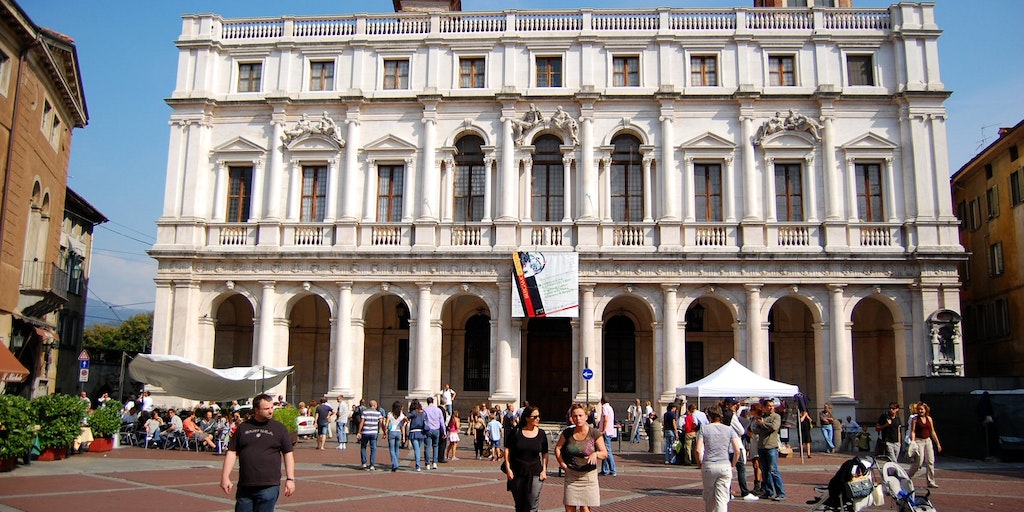 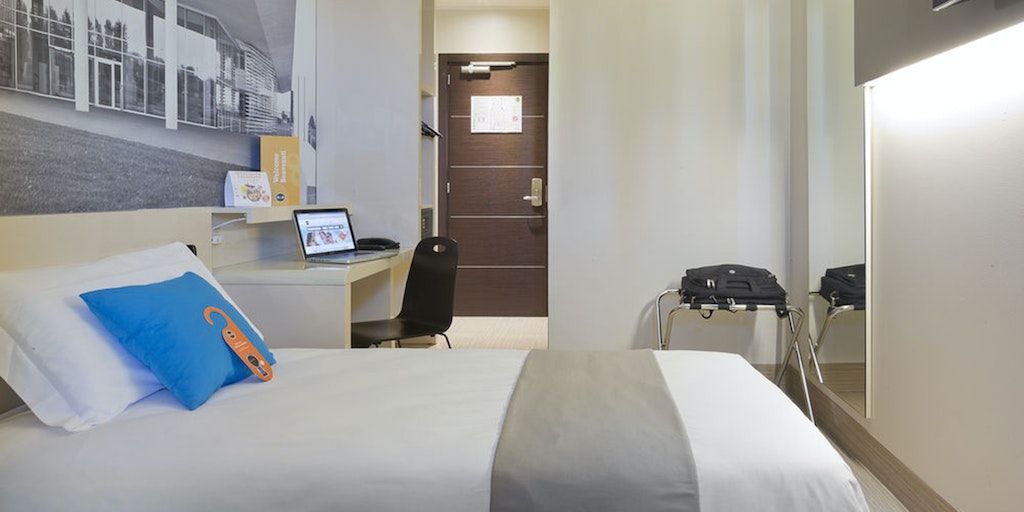 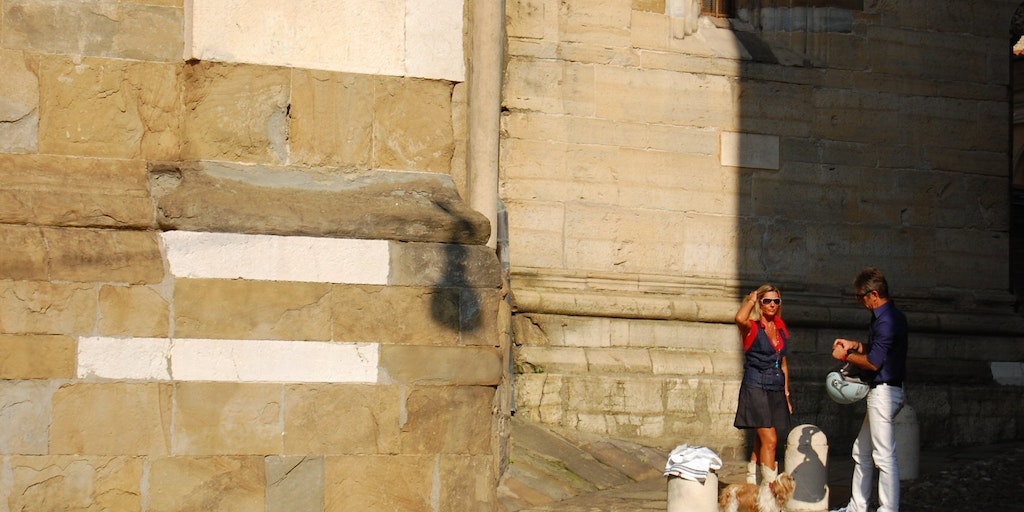 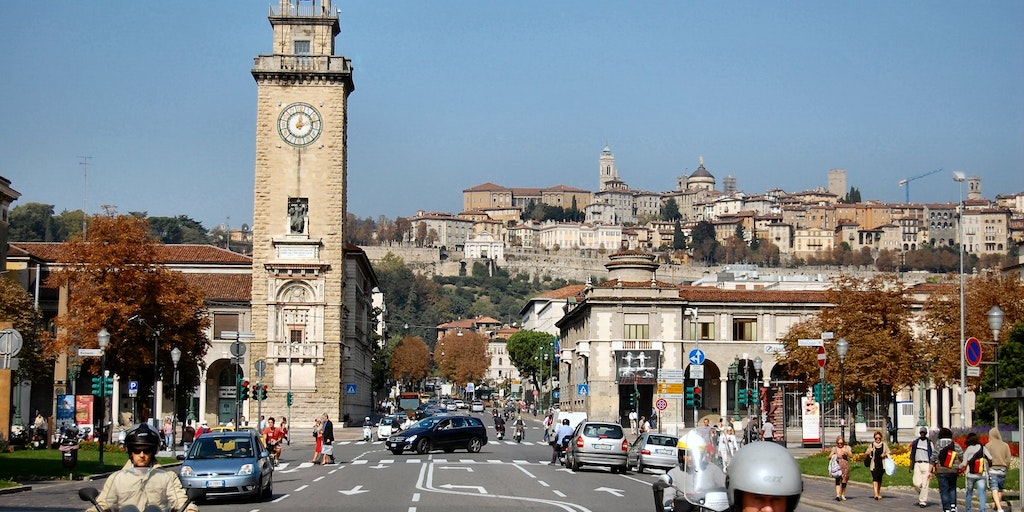 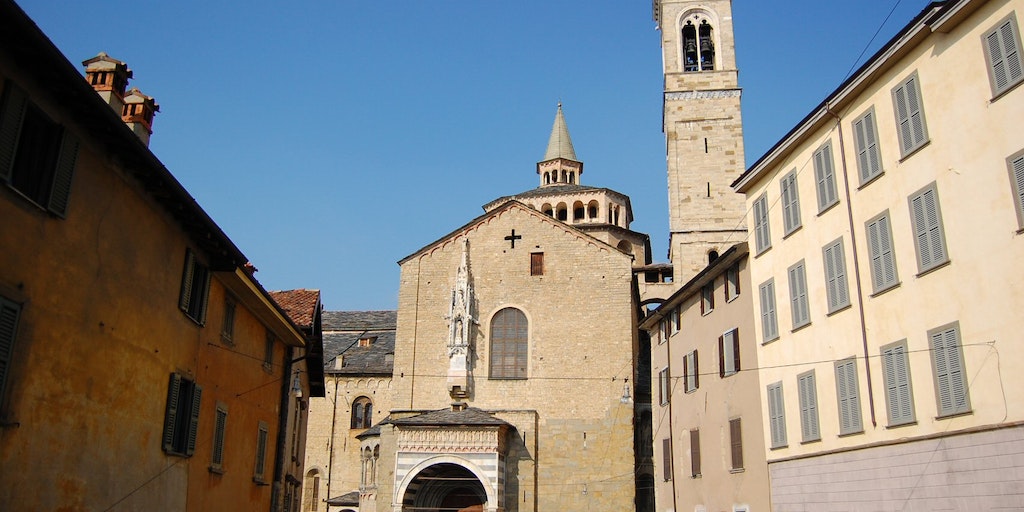 You have it all in Bergamo; upon first glance it is an energetic and vibrant city, but on closer inspection you'll find a fascinating old town with much to discover. It is part of the Po Valley surrounded by seven hills, and is divided into two parts: the "low" town (Bergamo Bassa) and the "high" town (Bergamo Alta).

The city's name comes from the combination of certain words berg (i.e. hill, mountain) and him (i.e. house). The Romans kept the name Bergonum which was Bergamo in Italian. The old and new town are connected by a cable car with a history of its own.

Bergamo Alto is a medieval centre that oozes charm with its beautiful surroundings and bastions that were erected in the 16th century to protect the city during Venice's powerful days. Today the belfy Torre Civica still rings 100 times at 22:00 just as it always has. Nowadays it's just to keep the tradition alive, but back then it was to signal that the city gates were closing. The entire Bergamo Alta is certainly worth a visit, as many of the large mansions and monuments stand out because of their architectural style. It is especially advisable to drop by Palazzo Nuovo, which houses the library Mai, the Cathedral and the Botanical Garden, where the University of Foreign Languages is located. You can also enjoy a coffee or a good dinner at the beautiful Piazza Vecchia, or let yourself be tempted by the wide range of cosy restaurants, bars and shops located like pearls on a string in the pedestrian area.

La Citadella and the city's walls

The construction of La Rocca began in 1331 on Sant'Eufemio Hill and was finalized by the Visconti family, who wanted to strengthen the city's defences against Venice's expansion in the Po Valley. They also built the fortress La Cittadella in the San Giovanni valley in order to protect the city with a fortified wall. In 1428, Venice managed to overwhelm the city despite the defences and then continued to enhance the city's defense system further. The so-called Venetian walls are 6.2 km long and surround the whole Bergamo Alta, and thus turned it into a fortified town. The impressive bastions can be seen from the outside. The impressive work was undertaken between the years 1561 and 1588 and this demanded that 7 churches, a convent and 250 other buildings were torn down.

Bergamo Bassa is a collection of residential areas which developed along the roads that led from the Bergamo hills to the plains. The district stretches for more than 8 km along the river Morla . Although this part of the city is also marked by numerous mansions and museums, it is generally less pleasant and exciting to walk around in. Today's traffic and the low position makes it a much more "normal" and busy town, however, it offers many nice shops and cosy restaurants.
Whether you choose to holiday in Bergamo Alta or Bergamo Bassa, there is no reason to need a car. Several bus routes connect these neighbourhoods, and so does the cable car, which in Italian is called funicolare.

Parking and tickets for the funicular

In the lower town around Piazza Indipendenza you will find a 7-storey car park, a short distance from the bottom of the funicular. On the way from the car park to the funicular, you will find some tobacco kiosks where you can buy tickets for the cable car.