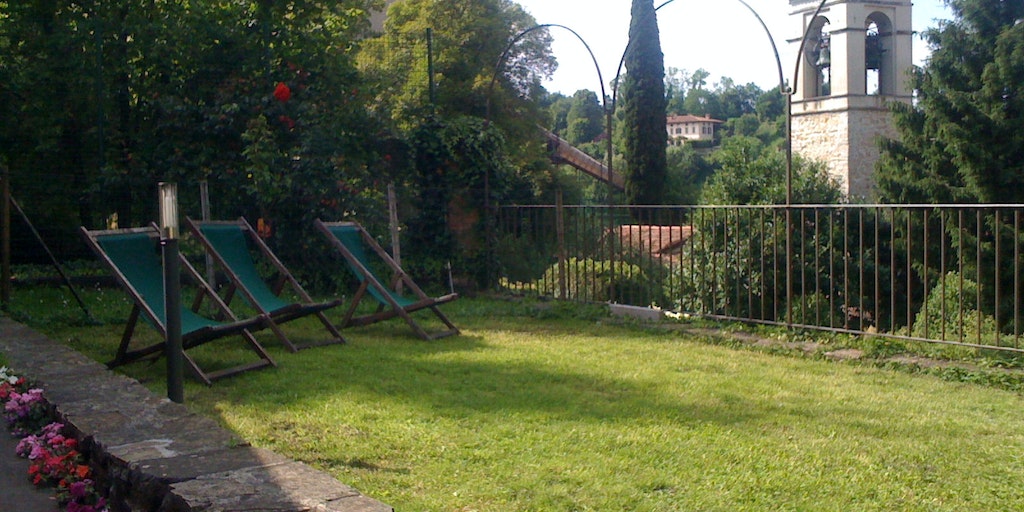 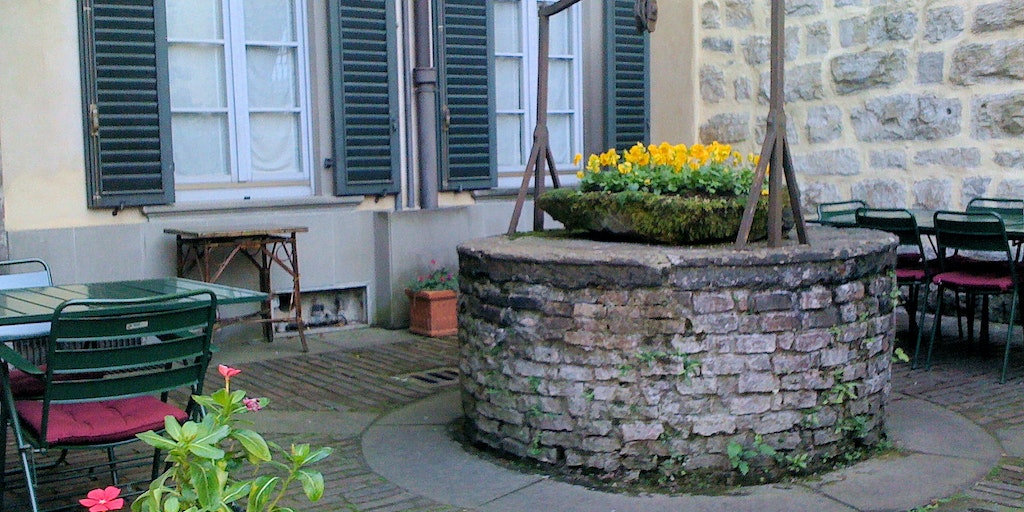 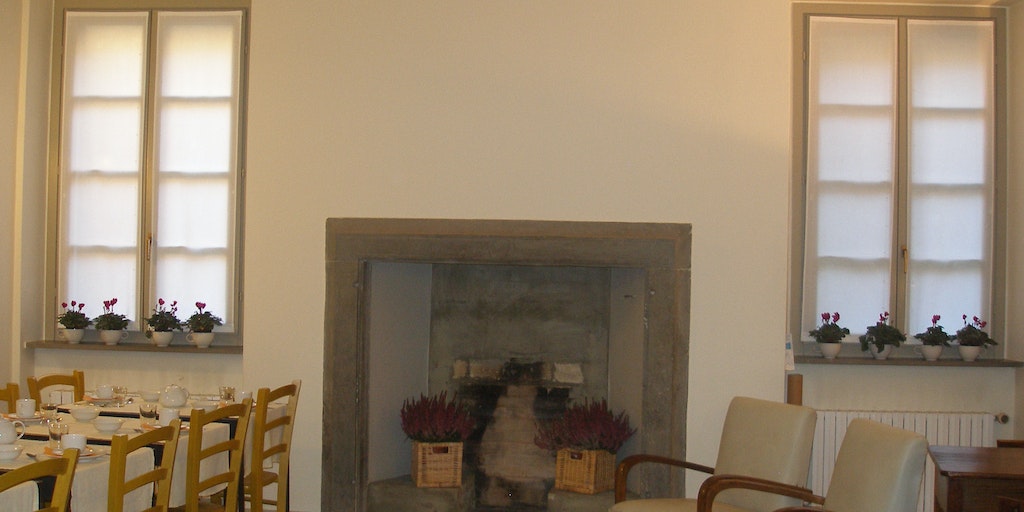 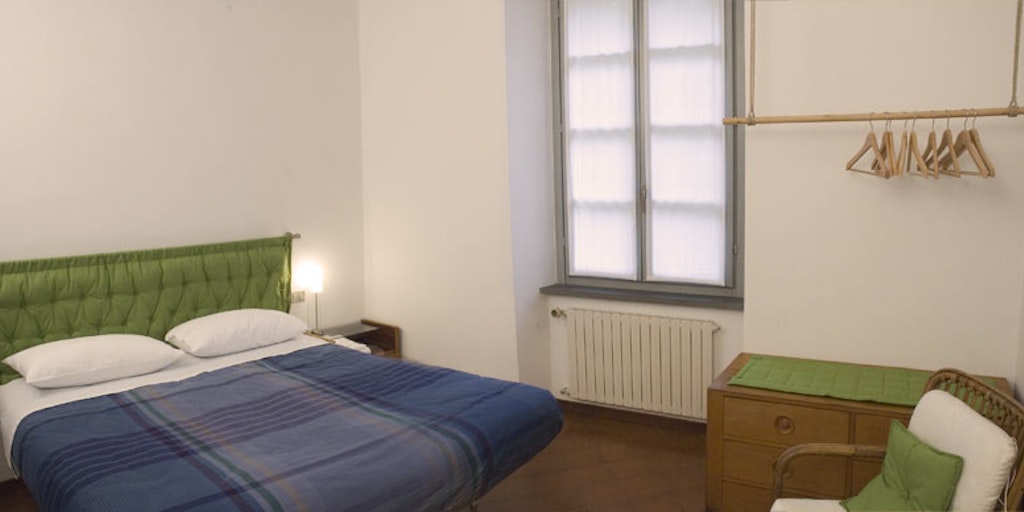 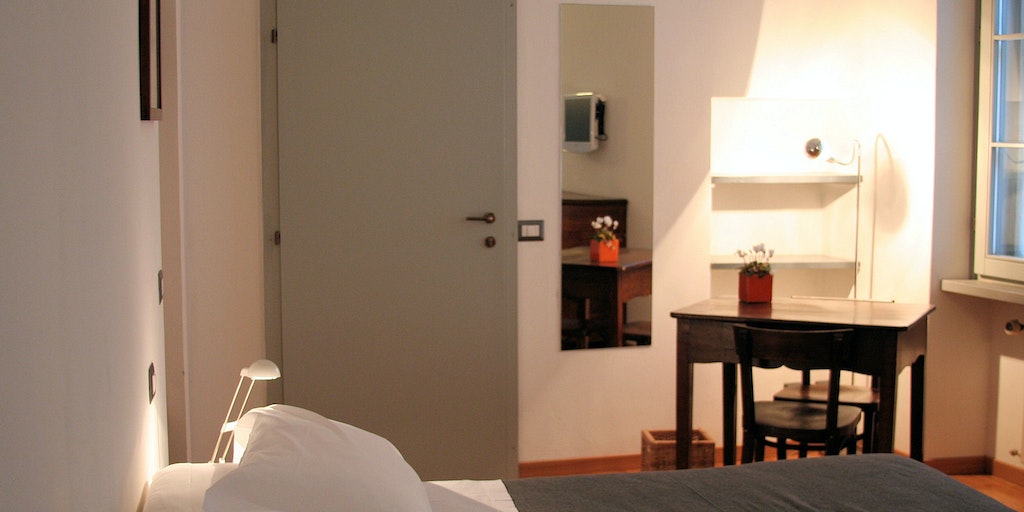 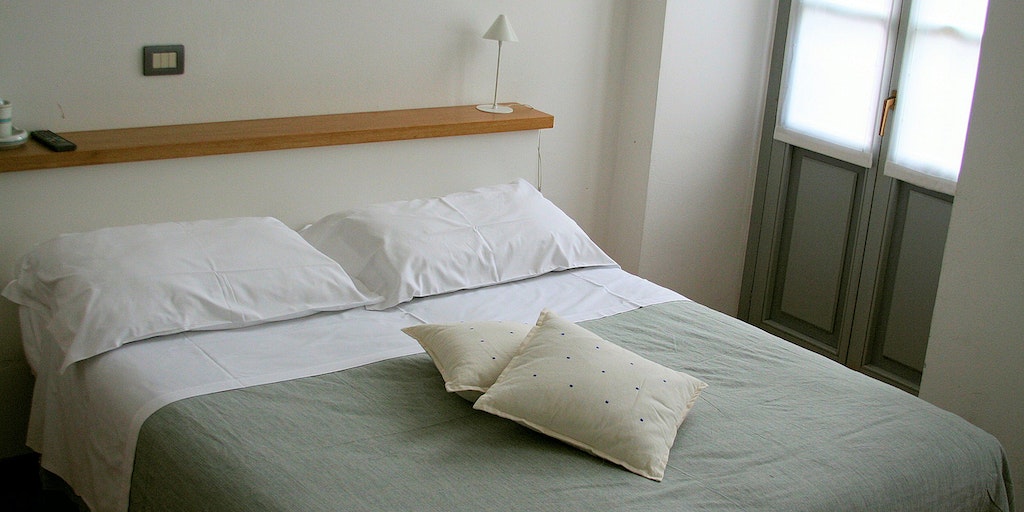 Peaceful B & B in Bergamo

B&B Entro le Mura
Via San Lorenzo 26, 24129 Bergamo, Italy
If you want to stay just 100 metres away from Bergamo's evocative central piazza then this peaceful B & B is a nice choice. It has a private garden where you can sit back and relax after a day of touring the city.

It's often difficult to find a cosy and peaceful B & B in a town centre so this is quite a rare find indeed. B&B Entro le Mura is situated inside the old city walls in the atmospheric old town in Bergamo Alta with shops and restaurants nearby.

You can visit the old square Piazza Vecchia in just a minutes' walk at a slow pace since it is just 100 metres away. This is a great choice if you want to get to know Bergamo as you are right in the heart of things yet have the peaceful garden and accommodation to retreat to. The garden features an old well, some beach chairs and table tennis. In the old medieval courtyard next to the well, breakfast is served during the warmer months and otherwise in the fireplace room in the house. There is a fridge, microwave, a toaster and a computer available for guests to use in this room. There are also two bikes that you can use for free.

There are seven cosy rooms to chose from on the ground and 1st floor that are all decorated a little differently. They all have access to the common room and fireplace room. On the ground floor there is a double, a triple and a suite for four people consisting of two bedrooms and a private lounge. On the 1st floor are three double rooms and one triple. The rooms all have a TV, parquet floors, free wi-fi and a bathroom with a toilet, hair dryer and shower. One of the rooms can accommodate an extra bed and the rooms can be sold as single rooms for a lower price. There is no air conditioning in these rooms but it is said there is no need due to the thick walls.

Transport
- The B & B is located approx. 250 metres from the funicular that connects the old town Bergamo Alta with the newer district Bergamo Bassa. Alternatively, the owners offer free pickup from the train station in Bergamo Bassa. If you arrive by car, you will receive upon arrival a parking permit so you can park for free on-street nearby.

Read personal reviews of B&B Entro le Mura in in Lombardy. The reviews of the hotel are written by guests who have travelled with In-Italia. All reviews are of course uncensored in order for you to get an honest description and review of B&B Entro le Mura. In addition to the review of the hotel you can even get good tips from our guests on subjects such as day trips, restaurants, sights, beaches, local transportation and much more.

A couple of years ago, also in the autumn holiday, to Lucca, where we got served sun, heat, good coffee, and atmosphere.
We hoped for a repetition in new surroundings, but were a little disappointingly met with rain and 13 degrees at the airport. The disappointment faded around Porta Nuova, when we saw Citta Alta peep through the rainy fog. There the mood rose a bit, and we got the feeling that "now the adventure starts". The whole trip from Østerbro to B&B went frictionless. Nothing else than the flight was planned, and yet everything else still fit almost perfectly. The Italians still needs to give us a bad travelling experience. Now its been going so well for so long that we statically a nearing a disaster, or they've exported that sort of thing to Denmark, hidden aboard a Ansaldo Breda train.

We were received and shown an apartment in the ground floor where we could stay for 2 nights, whereas after we were moved up to our ordered 3 beds room.
It was nice with a whole apartment, men in return the weather was just turned into autumn, so the apartment was pretty cold. Should we return in the summer, we would definitely go after the apartment, which has an exit to the garden. The 3 beds room, which we later got, was perfect for our needs. Nice, clean and well functioning.
Breakfast had a bit of it all, from yogurt and fruit to bread and cheese. The coffee was... ermm... special.

Bergamo probably functions a lot like of fortified cities of old. Like Lucca.
Its an attraction for tourists, and a place to "hit the city" for anyone over 30.
You can see with advantage, if you even to use a 3 day travel card, when you live where everyone goes to watch the attractions and you should take at least a couple of walks up and down Citta Bassa and San Vigilio.
We rode with the cableway a couple of times to try it, but otherwise walked around.
If you go down to Citta Bassa, then the trip through Porta San Giacomo an obvious choice, since its both nice and leads you to the better shopping part of town.
It takes no more than 15 minutes downhill.

Citta Alta is incredible.
If you look up on it from below it looks majestic, and if you look down from above, it looks picturesque.
When you walk around in it, you're time travelling, and you look over the walls and it's just too good to be true.
Bergamo must be the reference city for these sort of cities.
But with the changing weather, the view over the city changed each day.

From one funicular to the other, there is an uptake to an innocent expressed, Venetian death route of tourists. Of course it wasn't as bad, at least not in October, and actually only in the weekend, but like everything else, its there where the stores and restaurants lie.
In return tourists are tourists, so if you like in Venice, walk down a side street, you're almost completely alone. There you can look at the city and explore the past. When you then again need a glass of wine, food or coffee, then its back to the main street.
Normally I appreciate the more filthier, bigger cities, but Bergamo is so much of its own, that even the pretty look of it bounces off. It shall at least get a better look at another time.

The booking via In-Italy was, as before, well-functioning and we were well informed.
Entro Le Mura was a nice and central place at a good price.
And then also a hand to the locale gardener, who I've never seen on such a well-groomed grass, in such an impassable place. It was funny enough not too much, it just worked, but still odd to hear the sound of a lawnmower on such a steep mountainside. Where even a mountain climber would be stumped to go. Those you do meet though, if you walk of the scenic route to San Vigilio.

It was a very special and authentic experience to stay at Le Mura. It seems a bit private and closed when you are outside the B&B, but when you enter the large gates, you'll have an absolute fantastic experience. It was just a beautiful place. This can not be compared with a stay at a hotel. This is a very unique experience. This is the REAL Italy!