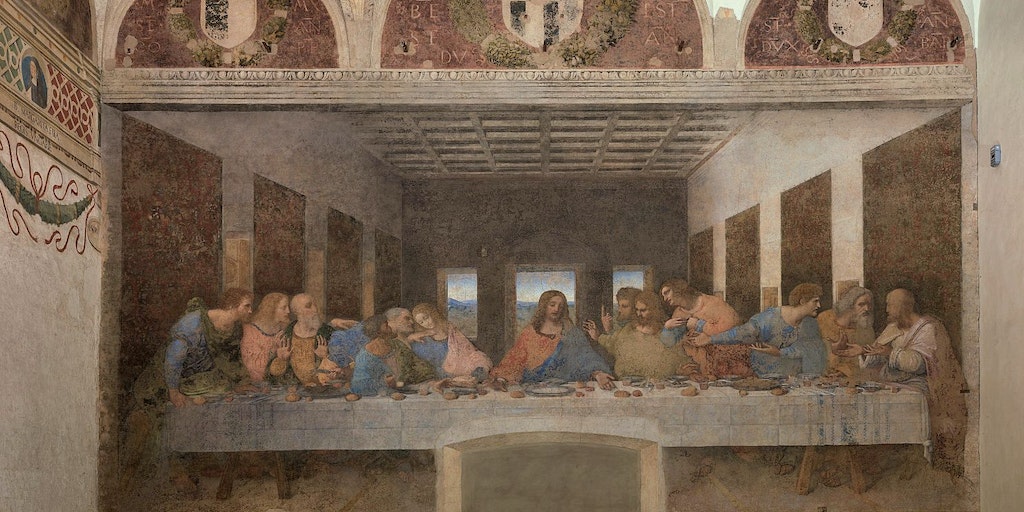 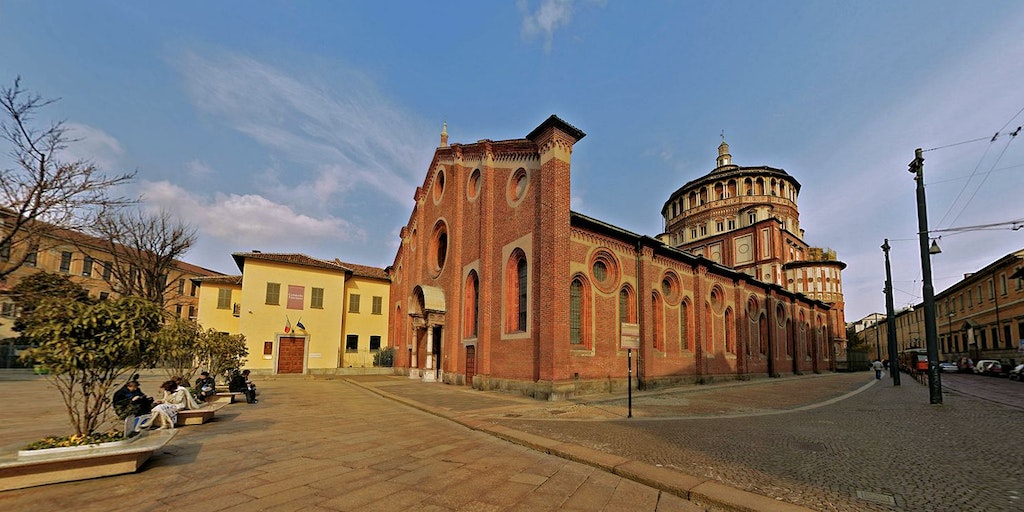 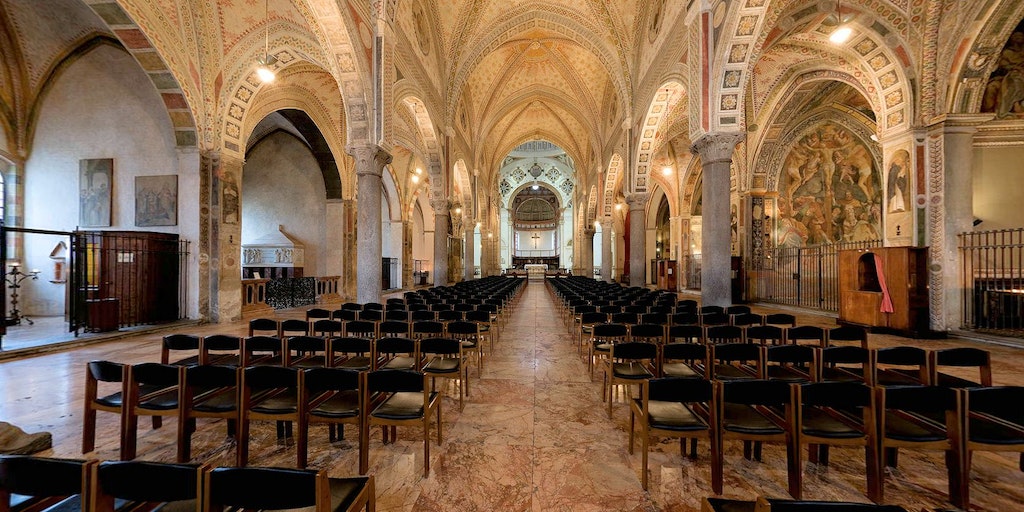 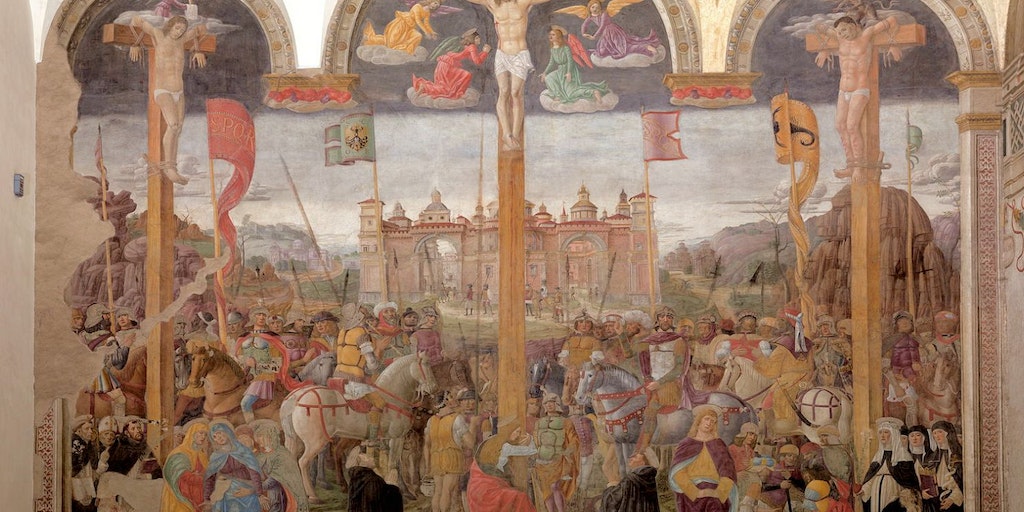 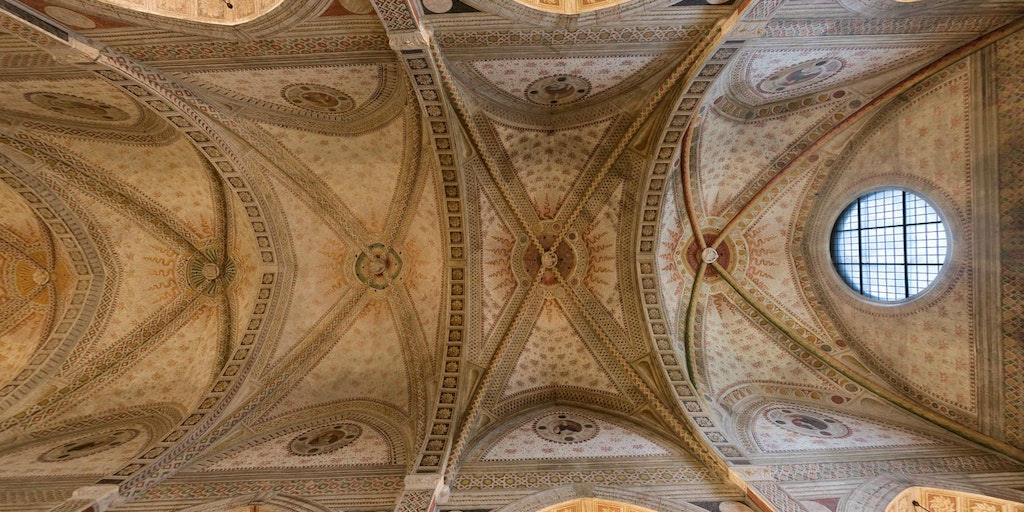 with ''The Last Supper'' by Leonardo Da Vinci

The Church and convent of Santa Maria delle Grazie is in Milan. It was built between the years 1466 and 1490 under the direction of an Italian architect named Guiniforte Solari. The cloister was completed in 1469, whilst the construction of the church lasted somewhat longer.

The dining room of the monastery is a very central and important part of the building. It is here on the north wall that Leonardo Da Vinci's famous masterpiece "The Last Supper" is displayed, which he painted between the years 1495 and 1497. The mural is 450 x 870 centimetres wide and fills the end wall. It depicts the last supper of Jesus where he claimed that one of his twelve disciples would betray him.

Leonardo Da Vinci painted directly on the dry wall rather than on wet limestone which is typical for frescoes. This painting technique has unfortunately made the painting not wear so well and signs of wear and tear are obvious. It has undergone several restorations since the 16th Century, the most recent lasted 22 years! In May 1999, visitors were once again permitted to see the painting. "The Last Supper" was included on UNESCO's World Heritage list in 1980.

To view the masterpiece, you should book tickets in advance. Only small groups of people are permitted to view it at a time. The church is open from Tuesday to Sunday from. 08:00 to 19:30 (last entry is at 18.45) and admission is free. Access to the painting costs approx. € 8 per person.