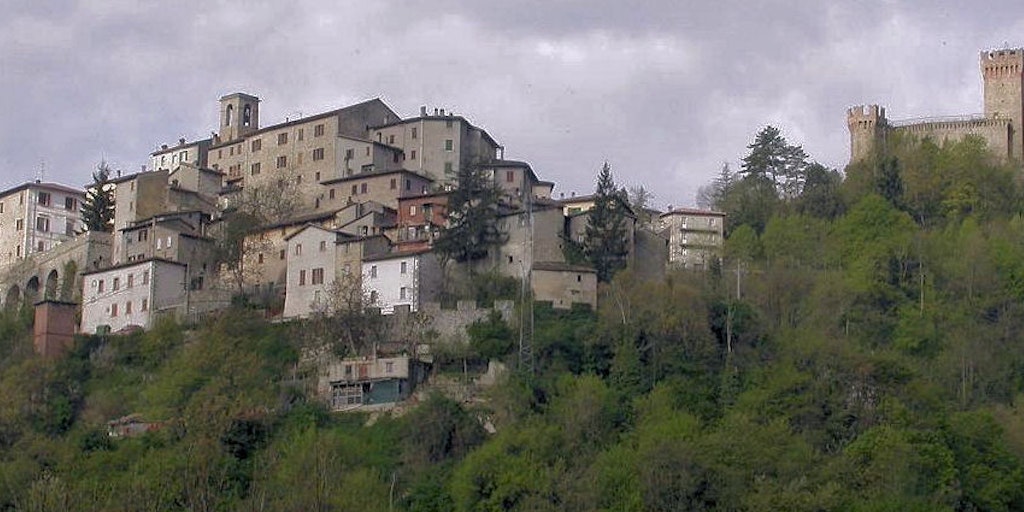 Arquata del Tronto is strategically located within the mountain range that borders the regions Marche, Lazio, Umbria and Abruzzo. The town is Europe's only location. sharing two national parks; Gran Sasso and Lega Mountains on one side, and Monti Sibylline to the other side.

The area around Arquata del Tronto is, with its many forests, meadows and rivers, one of the most beautiful parts of the Apennines. Because of the area's natural beauty, there will be both in summer and winter few tourists. To the north, the town lies close to the Monte Vettore (2,478 meters) and to the south close to Monte Pizzo di Sevo (2,419 meters). These two peaks are Sibylline Mountains highest.

- La Discesa delle Fate or the 'fairies town festival that takes place every year in August (15 and 16). Here one can experience a procession from the city to the fabled Sibilla cave. The legend tells that the cave had direct access to the underground kingdom of Sibilla.
- Marrone che Passione: In the autumn chestnuts is one of the area's major attractions. From far and near come here 'in Marchigiani', and gathers those lovely nuts. In Trisungo, a few kilometers from Arquata del Tronto, they organize every year on the last Sunday in October, the chestnut celebration. All over the city you can enjoy chestnuts, cooked in many different ways. But there they also offer another delicious local produced speciality, such as sausage, cheese and ham.
- Discesa della Regina Giovanna:Every year In Arquatas historic center is celebrated on August 19, 'La Discesa della Regina Giovanna'. It is a historic celebration where, clothed historical costumes, commemorating the Queen of the Kingdom of Naples, Giovanna d'anglos stay in Arquata from 1420 to 1435. Participants move, dressed in medieval costumes, from the city fortress into the city center, where they are subsequently dancing and playing in the streets.