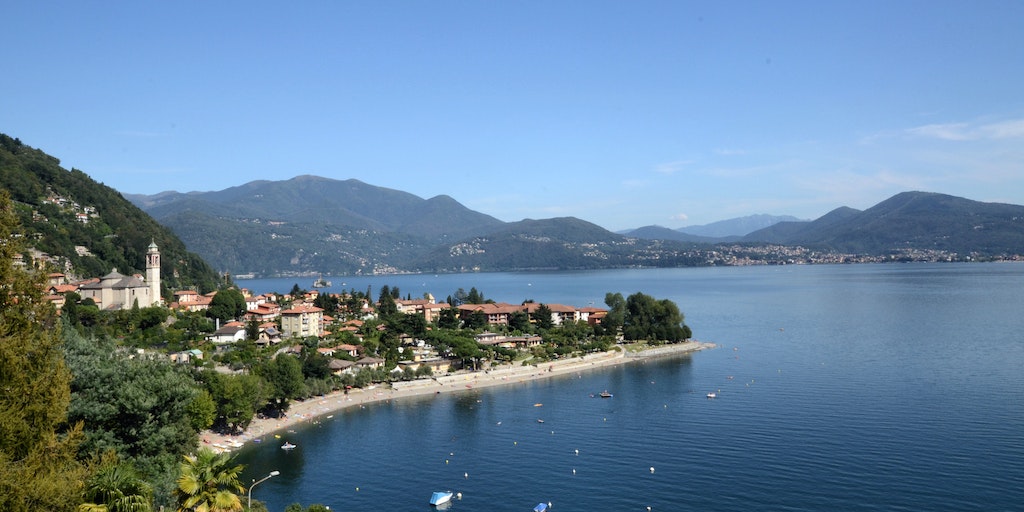 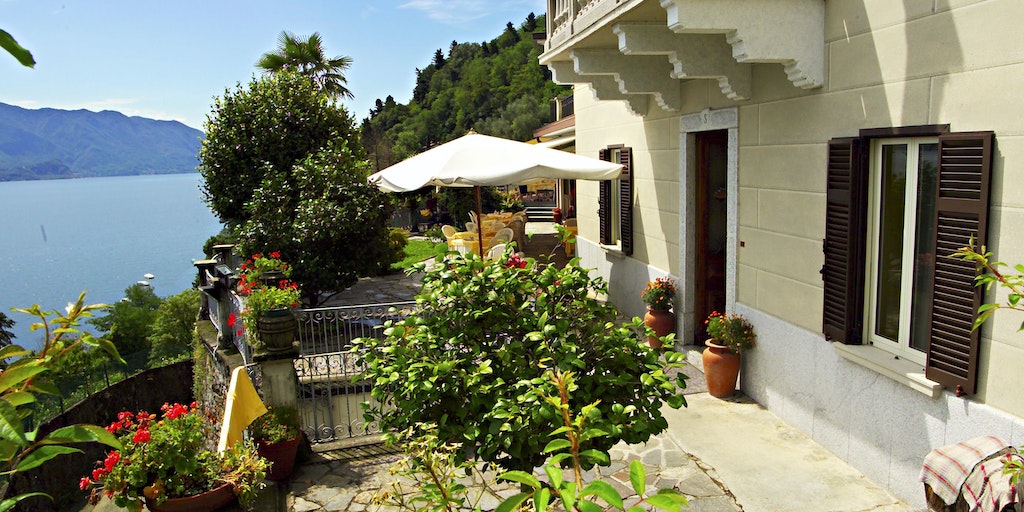 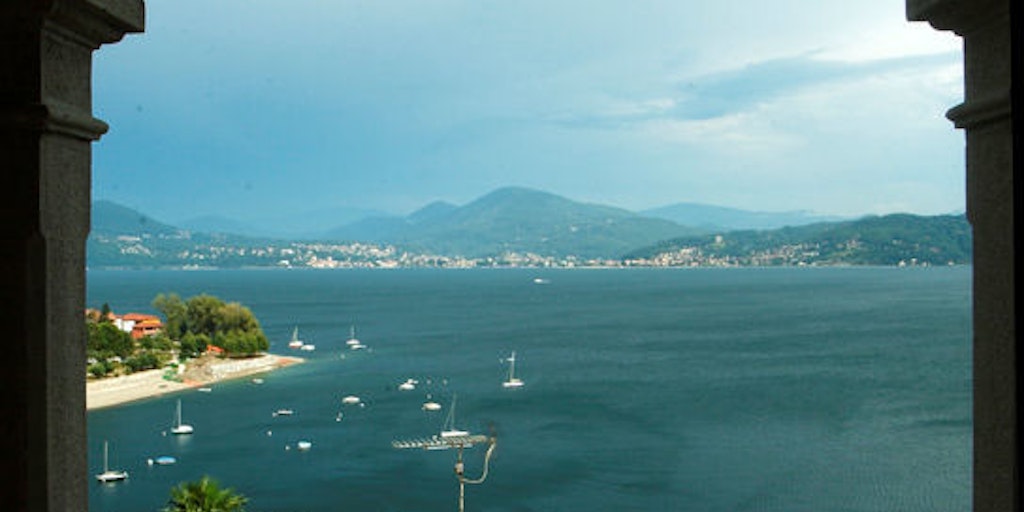 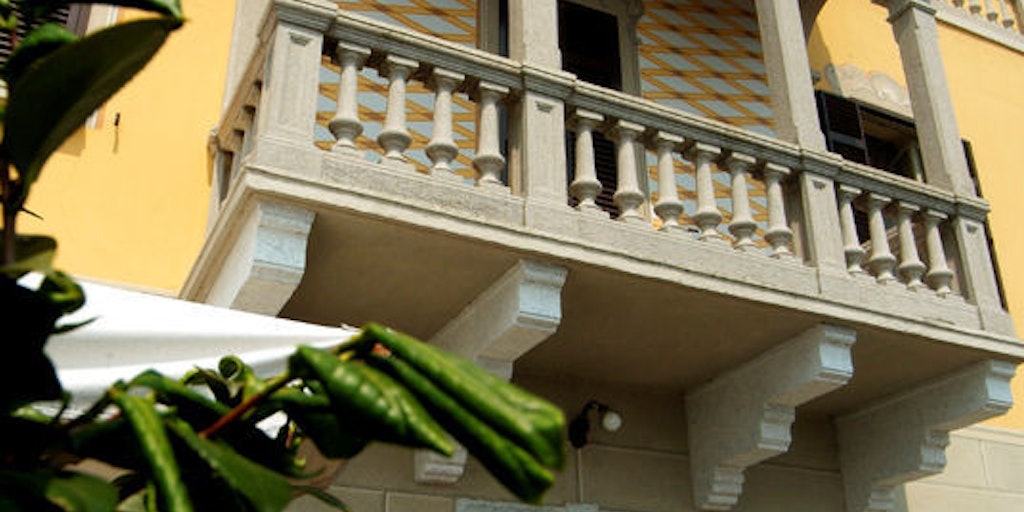 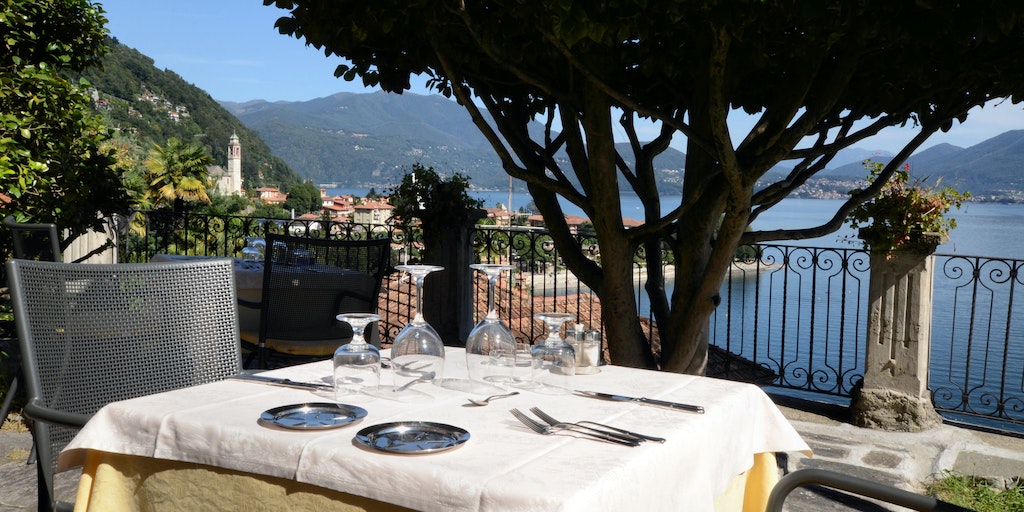 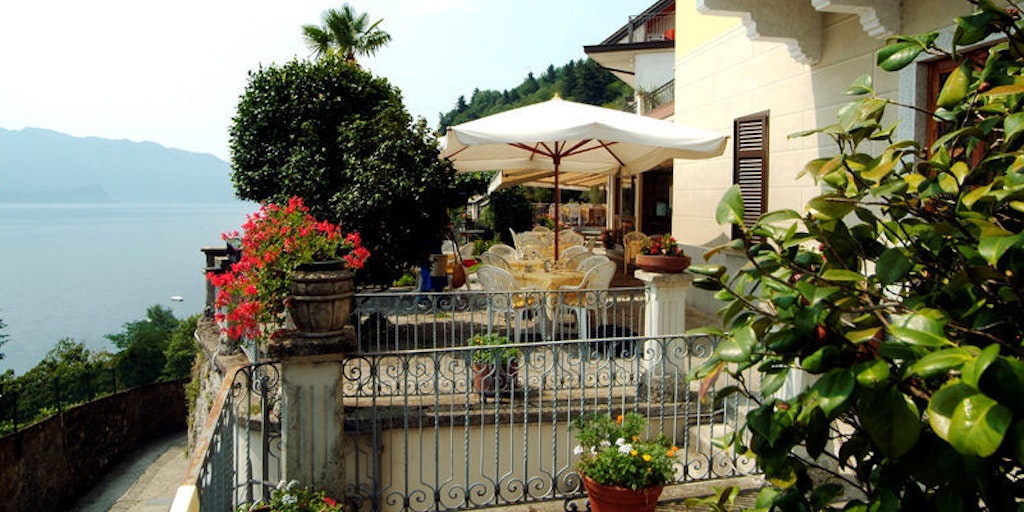 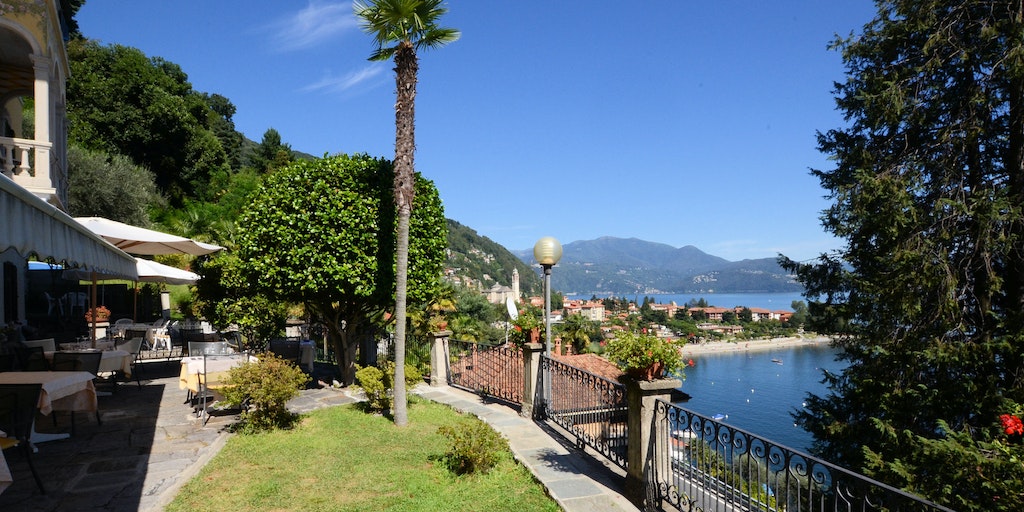 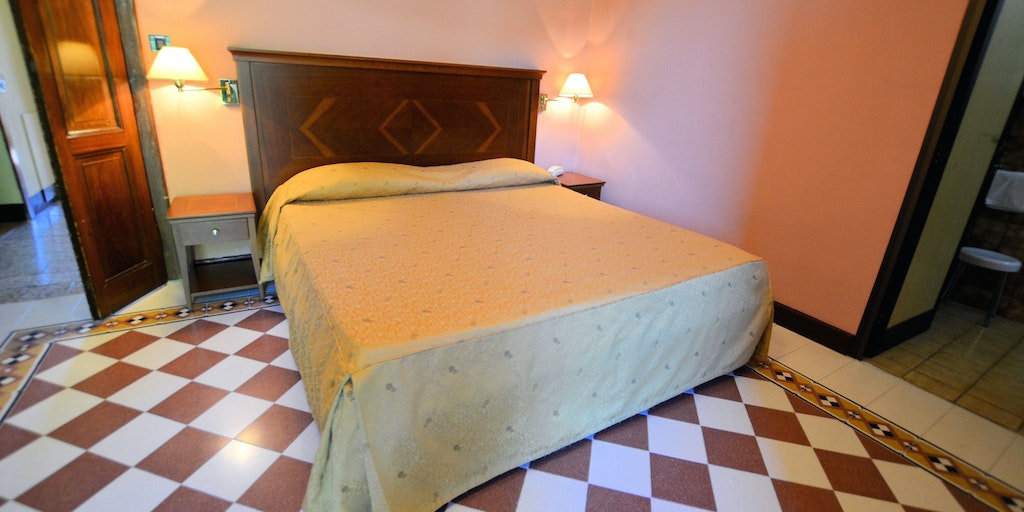 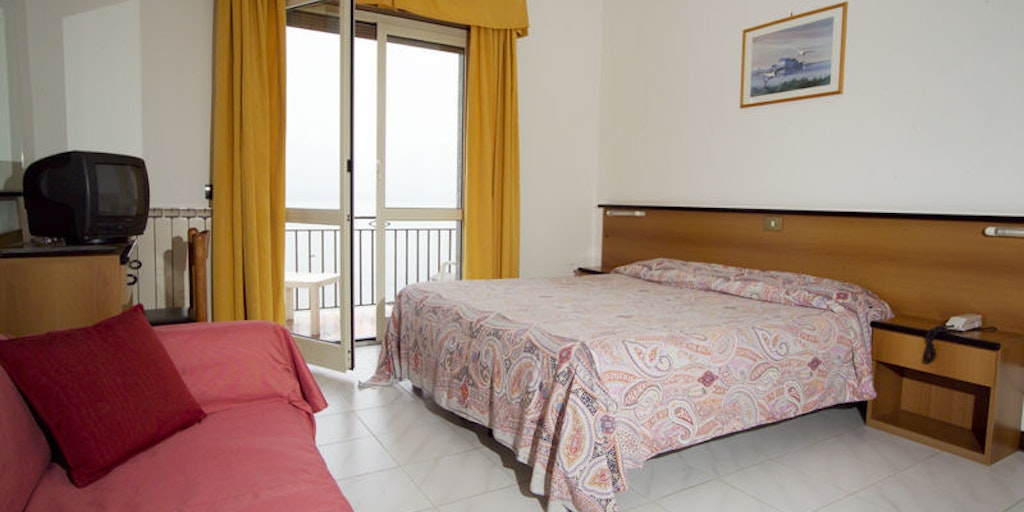 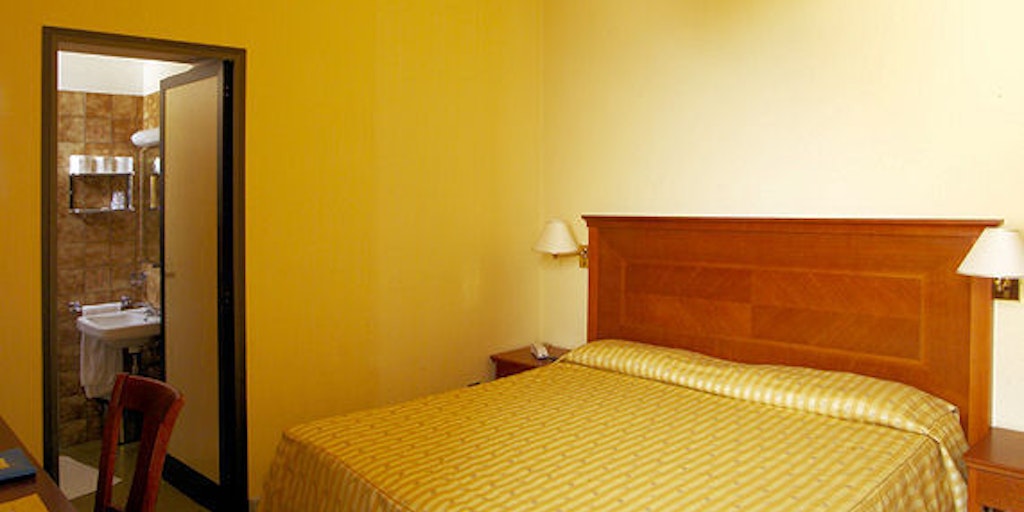 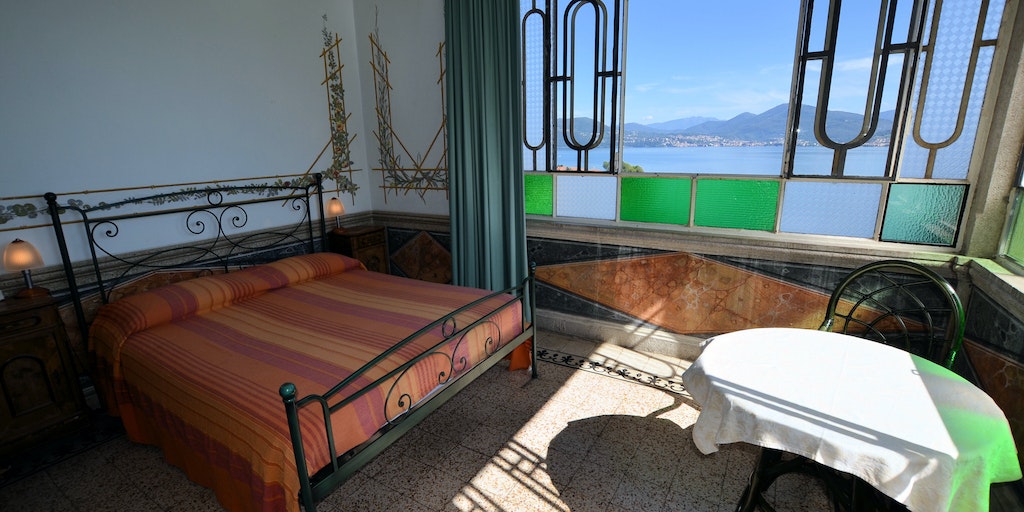 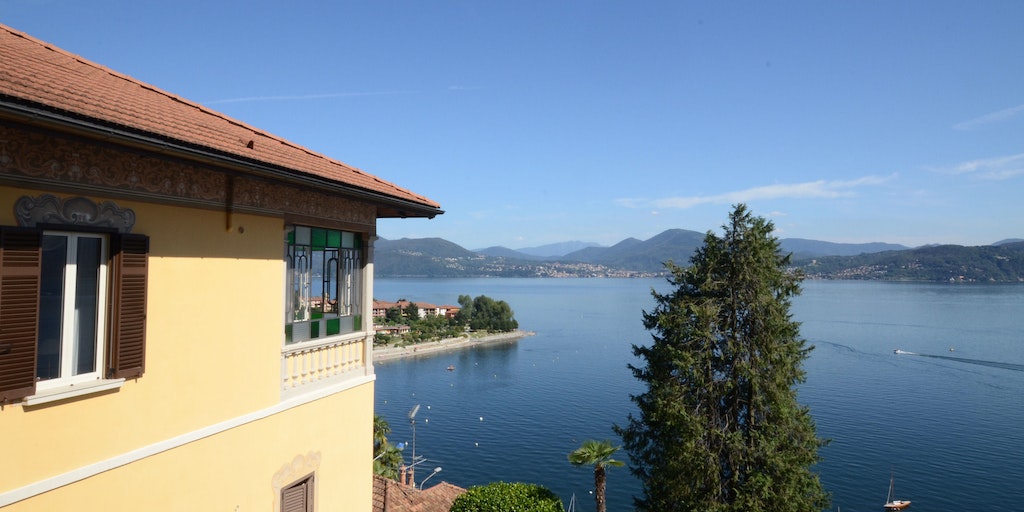 >> Read more about holidays to Cannero Riviera here
Loading content
Hotel La Rondinella
Via Sacchetti, 50, 28821 Cannero Riviera (VB), Italy
Hotel La Rondinella is located on the outskirts of Cannobio (approx. 800 m), where there is a lakeside-beach, a ferry port linking the town with the rest of Lake Maggiore, and a lakeside promenade with a rich restaurant scene. All rooms have lake views - and several have balconies. To top off your comfort, the hotel has a restaurant on-site, a beautiful garden and a parking garage. What more could you possibly want?

Hotel La Rondinella is a small family run hotel with charming views over Lake Maggiore and an in-house restaurant. It is close to a public lakeside beach and the picturesque town of Cannero Riviera (about 800 metres) which is full of fantastic ice-cream parlours and good restaurants.

A hotel with many strengths
Another advantage of this three-star family run hotel is its beautiful garden where you will find both garden furniture and parasols. There is also a garage on-site at no extra cost. There aren't any downsides as such but there is a steep driveway leading from the coastal road down to the hotel, and the road between Cannobio and Verbania passes the hotel. There is access to wireless internet, but only in common areas such as the terrace and reception.

Restaurant
The restaurant has a romantic atmosphere and you can dine both inside and outside weather permitting. During the summer months it is natural to want to eat outdoors to be able to appreciate the well-kept garden and the breathtaking lake view as well as the cuisine. The restaurant usually offers a four course menu consisting of an antipasto buffet followed by your choice of starter and main course from the menu and finally finishes with a dessert buffet. Breakfast is also usually served in the garden during the summer months (a buffet). As an alternative to the restaurant at the hotel, you will find a wide selection of dining options in the centre of Cannobio which is within walking distance.

Art Nouveau Villa
The hotel is housed in a beautiful Art Nouveau villa dating from 1930. It is well furnished with antique pieces of furniture, each of which could tell a story of its own! In this building you will also find the reception and an information point, with plenty of information on places to visit in the area. The rooms are divided into two buildings: about half in the villa and the rest in a more recent neighbouring property which has rooms with balconies.

The rooms at Hotel La Rondinella

These seven rooms are in the main building and are elegantly furnished and have high ceilings. There are lake views (either directly or from the side) from all the rooms but no balcony as the villa is historic. Rooms have satellite TV, a safety deposit box and a bathroom with a toilet and shower or bath. In several of the rooms there is the possibility of adding an extra bed.

These four rooms are located in the more modern neighbouring building and all have a balcony with lake views (either directly or from the side). Rooms have satellite TV, a safety deposit box and a bathroom with a toilet and shower or bath. In several of the rooms there is the possibility of adding an extra bed.