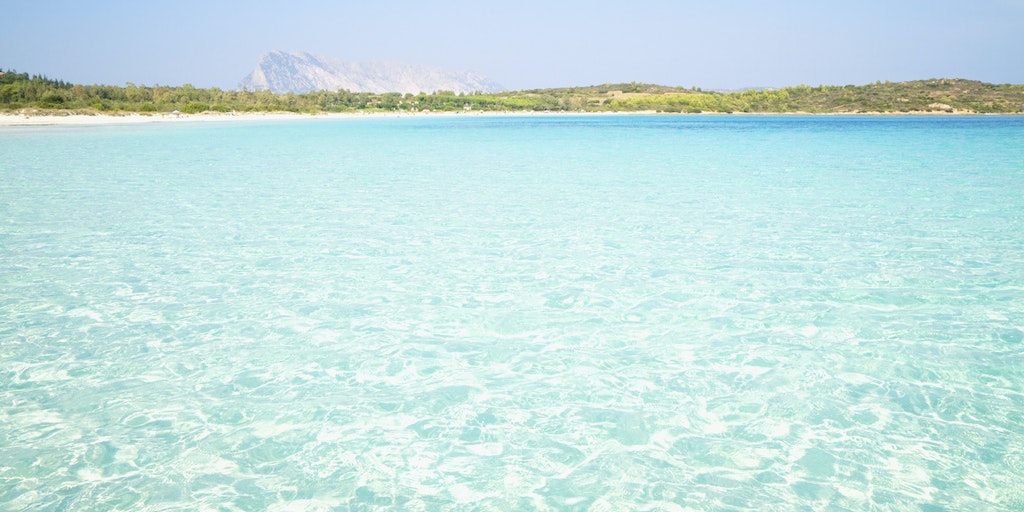 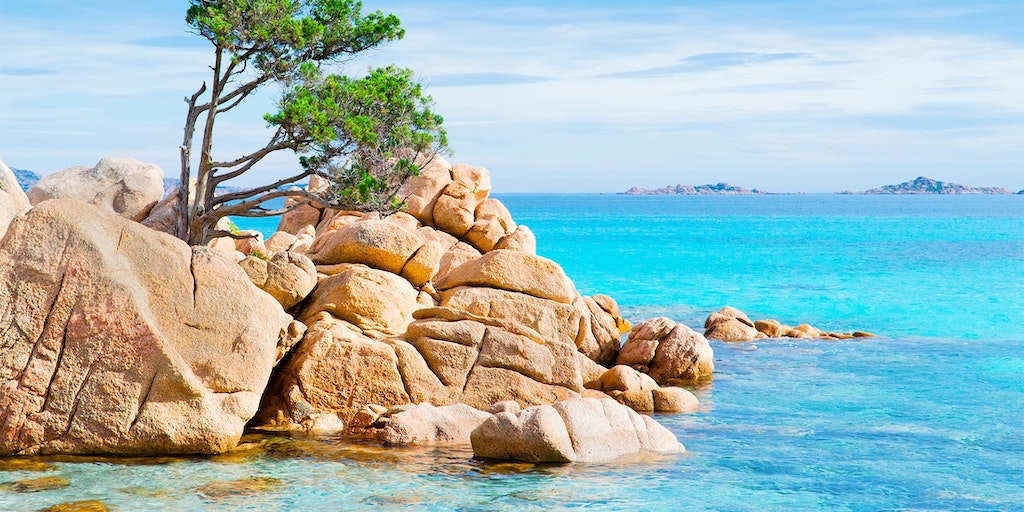 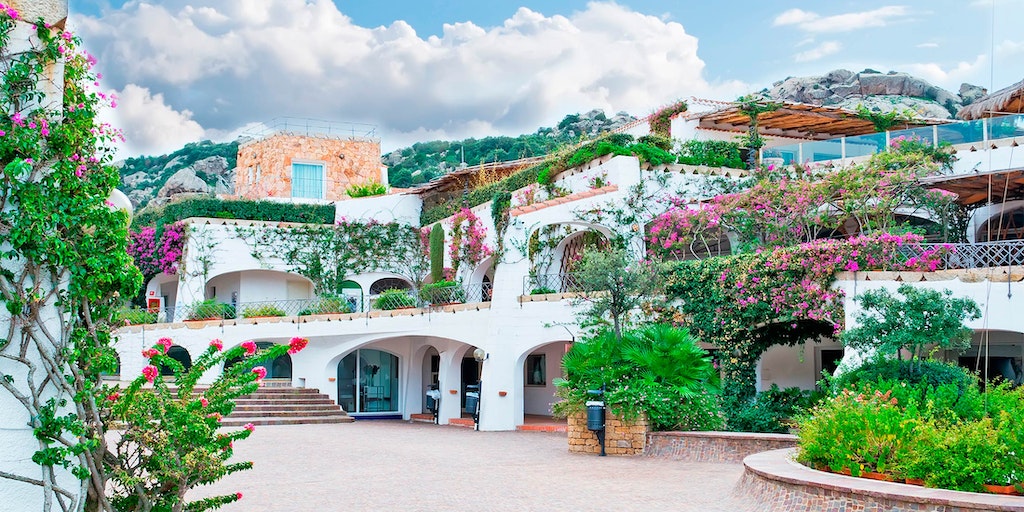 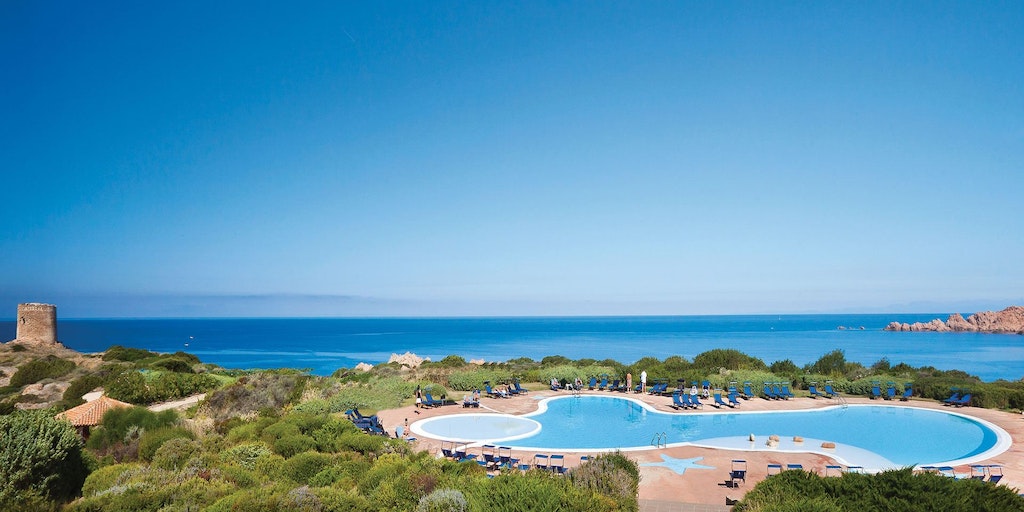 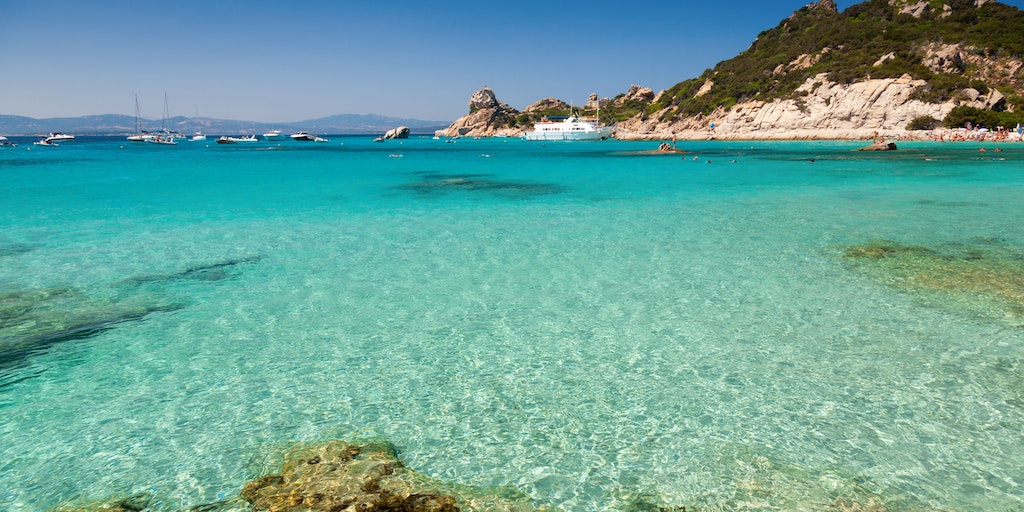 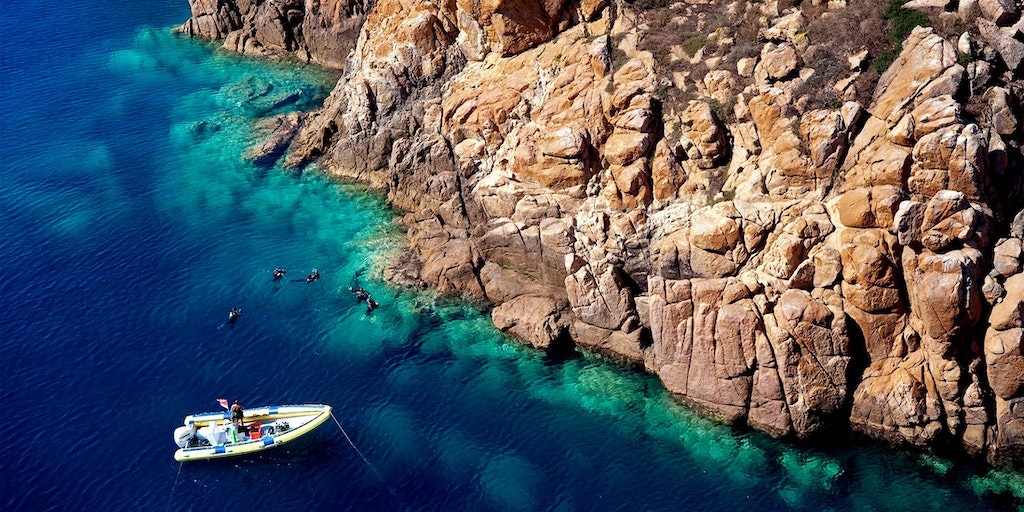 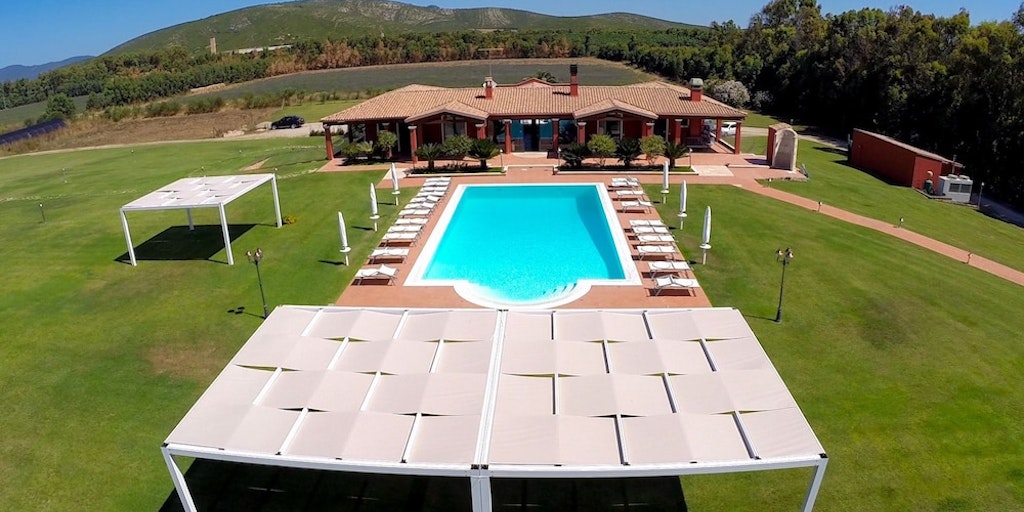 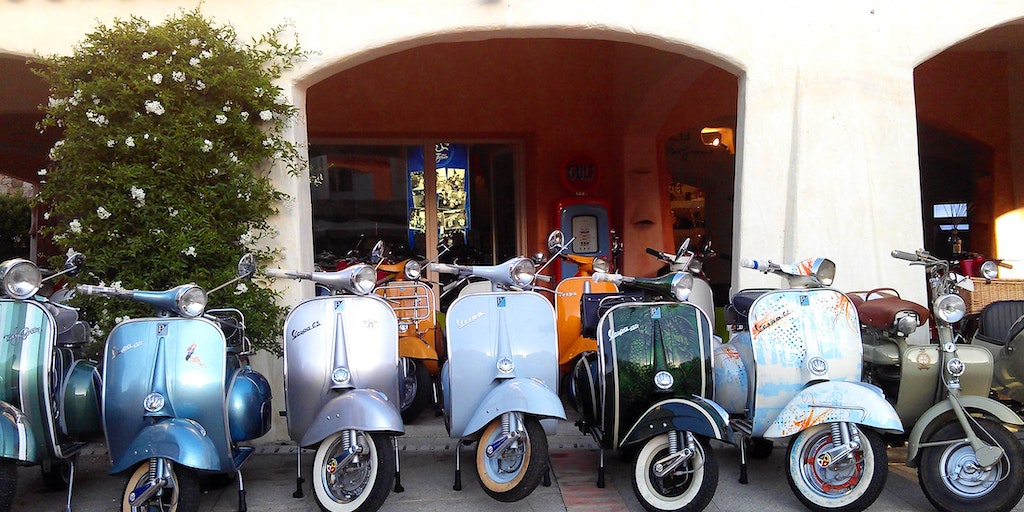 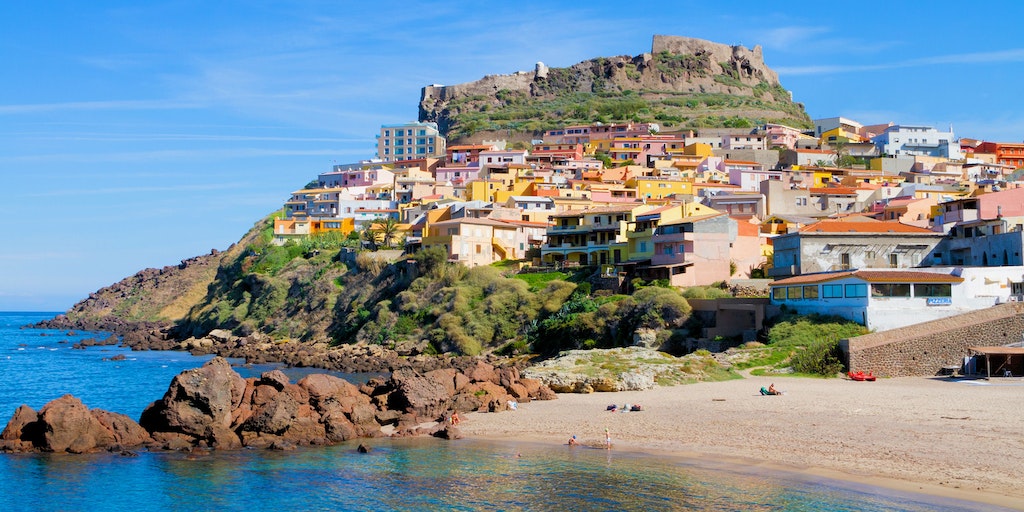 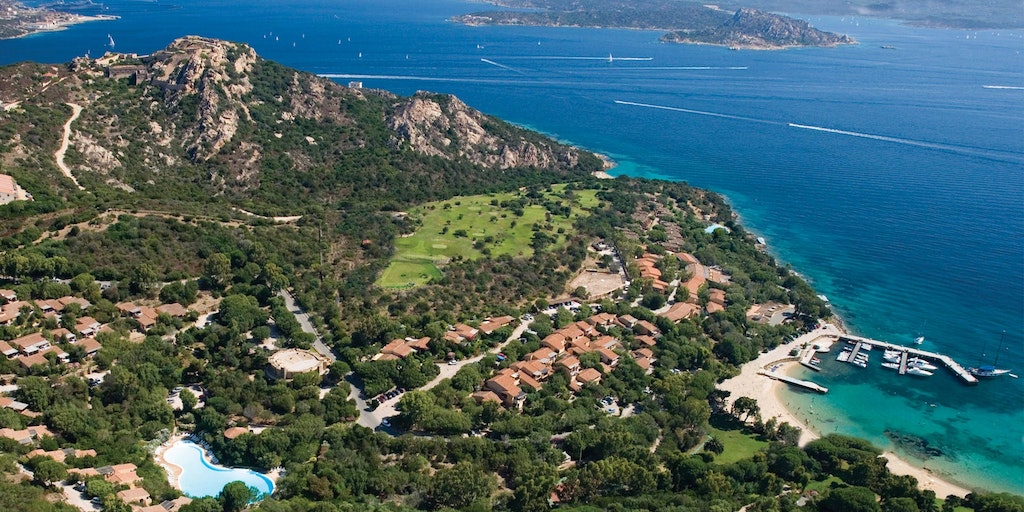 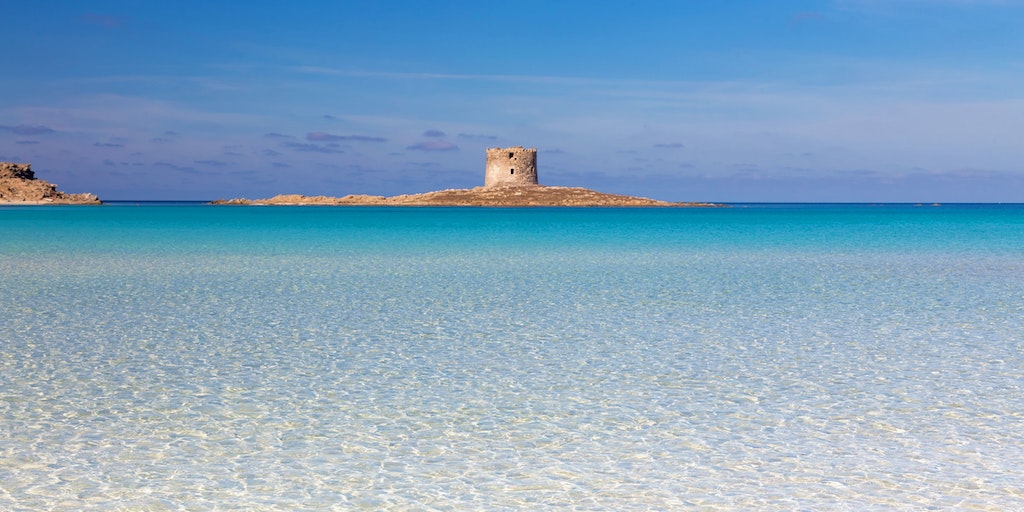 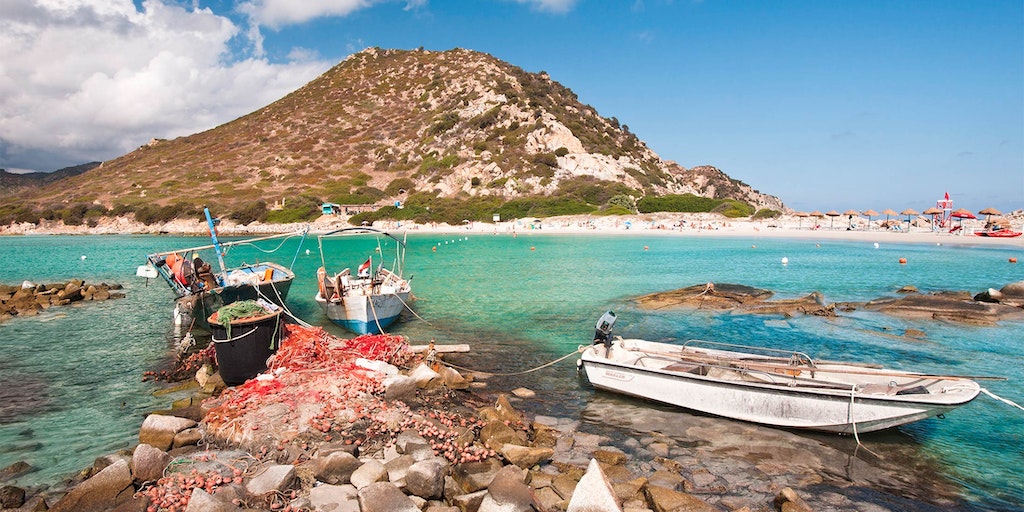 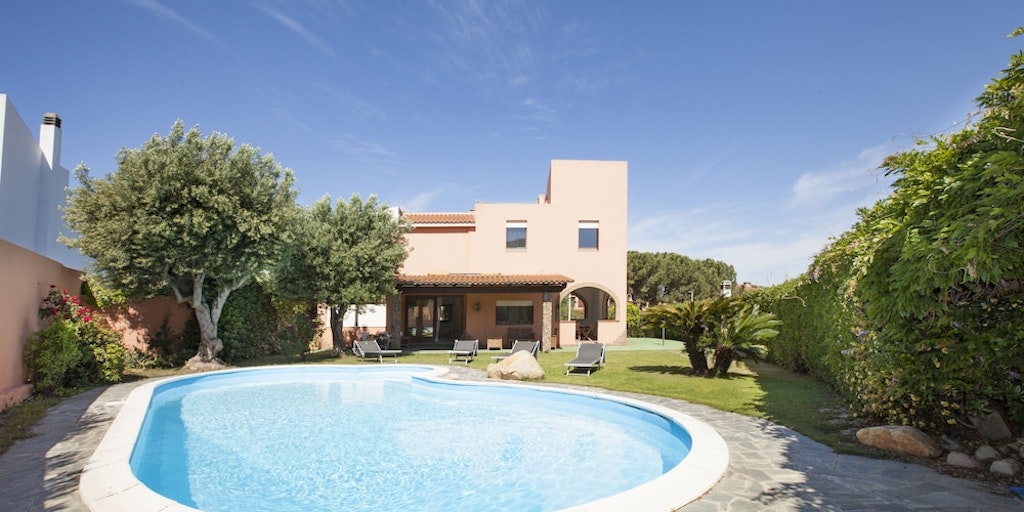 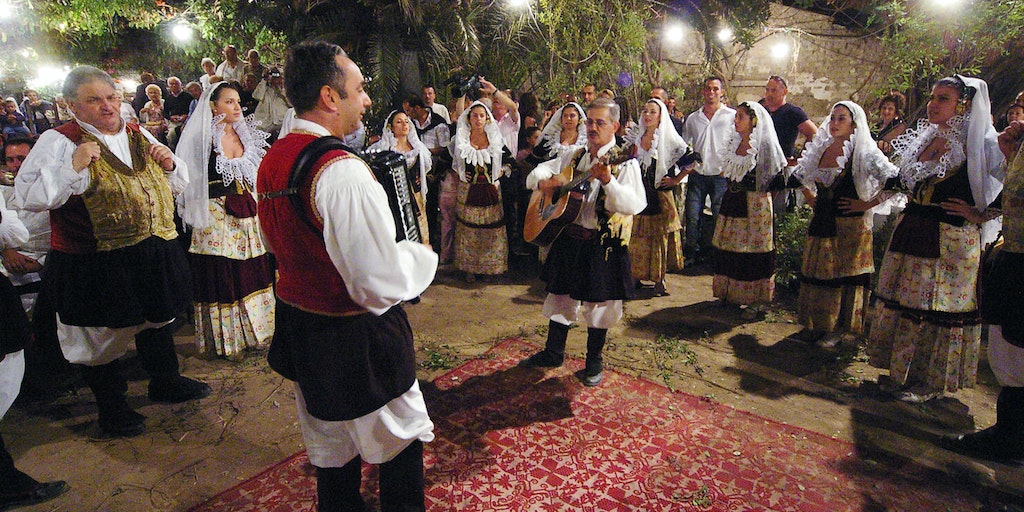 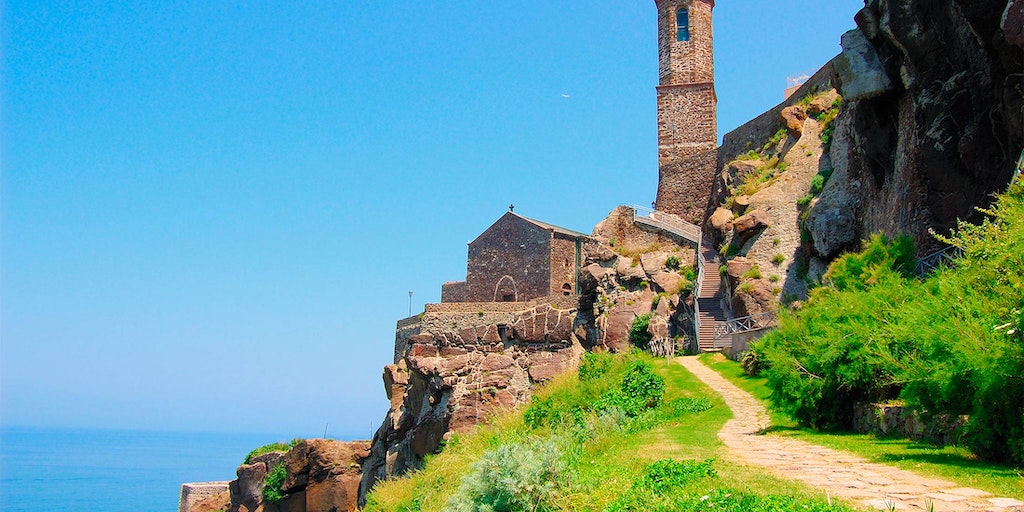 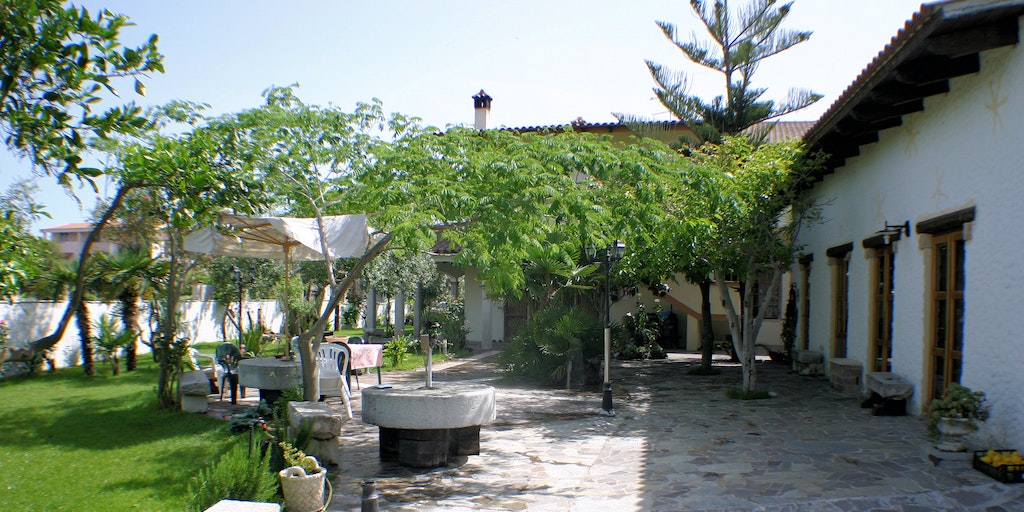 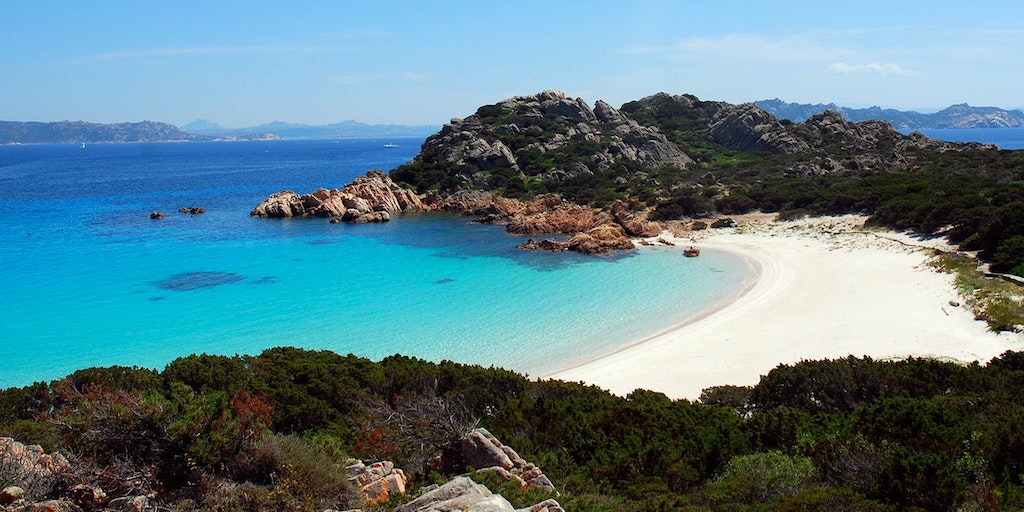 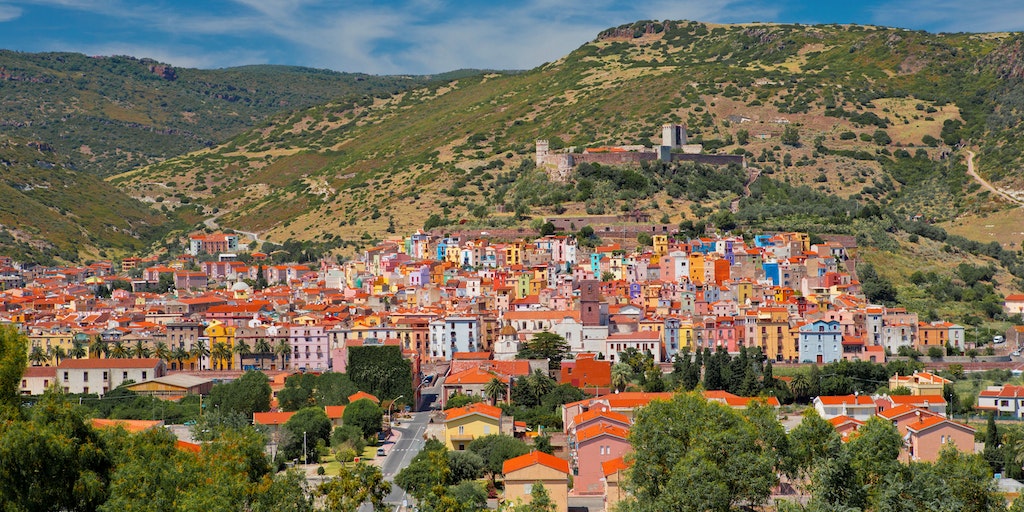 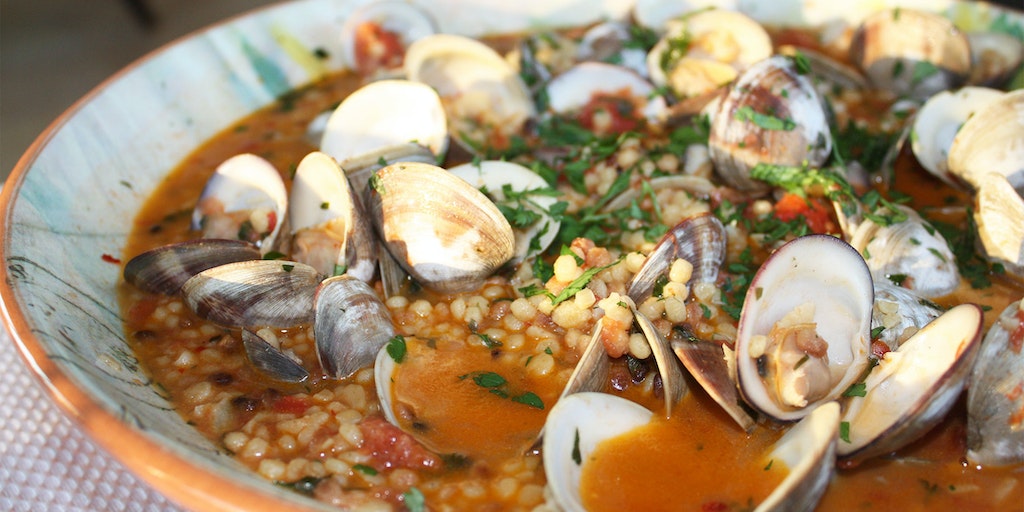 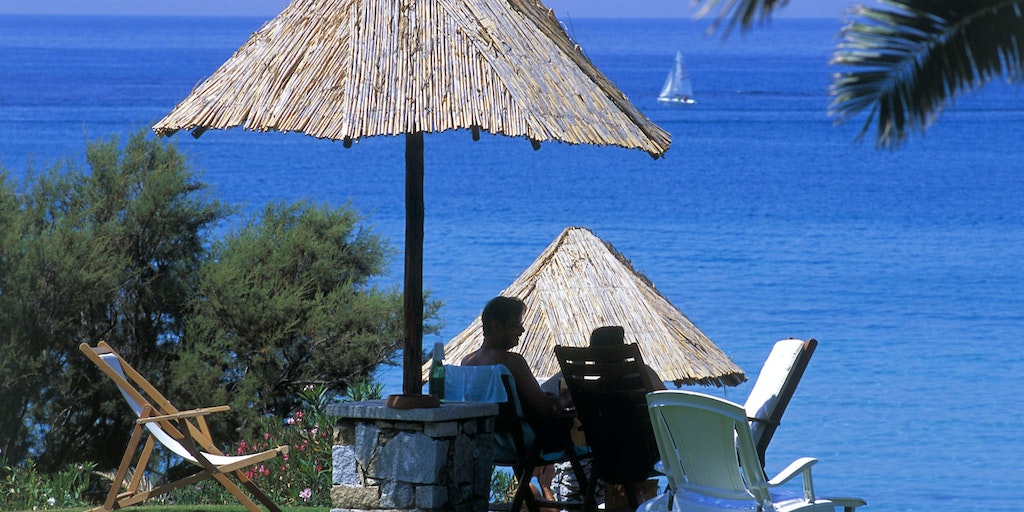 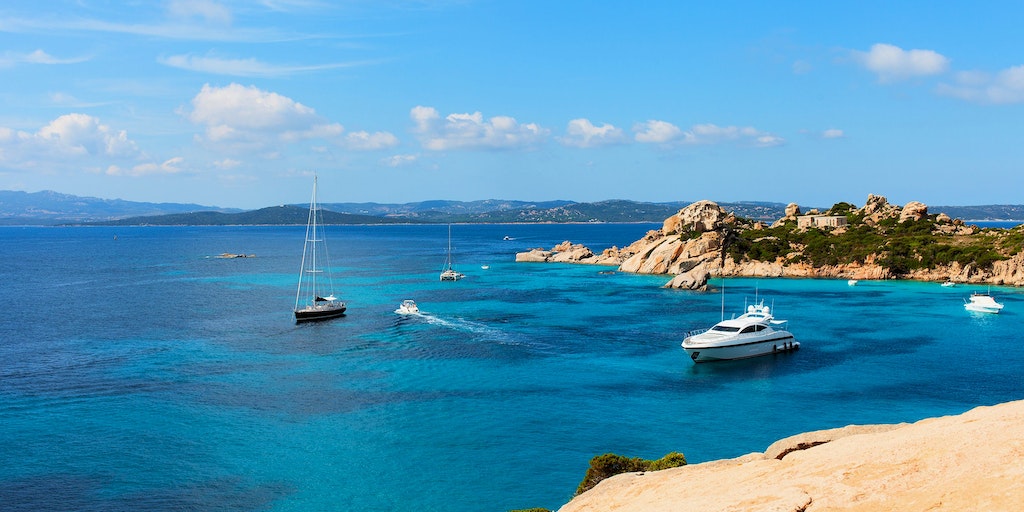 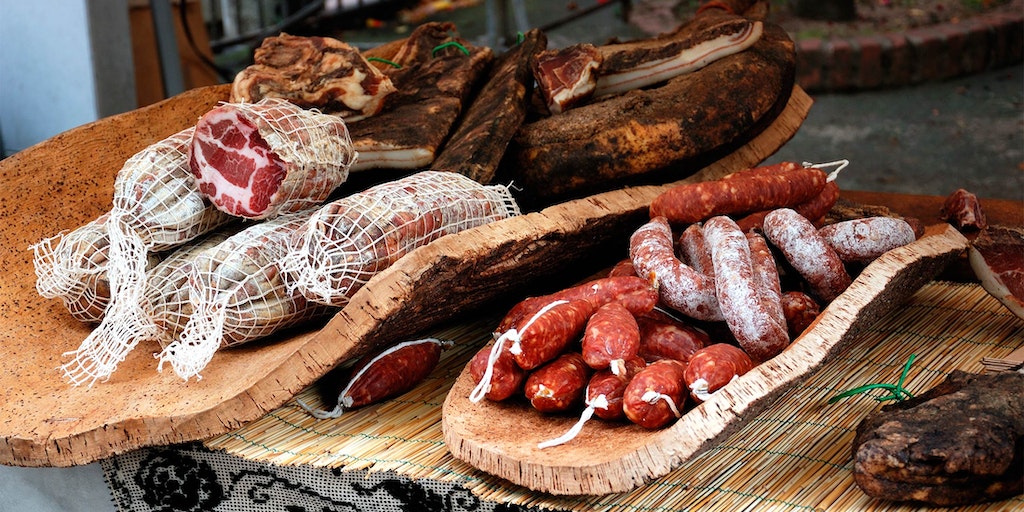 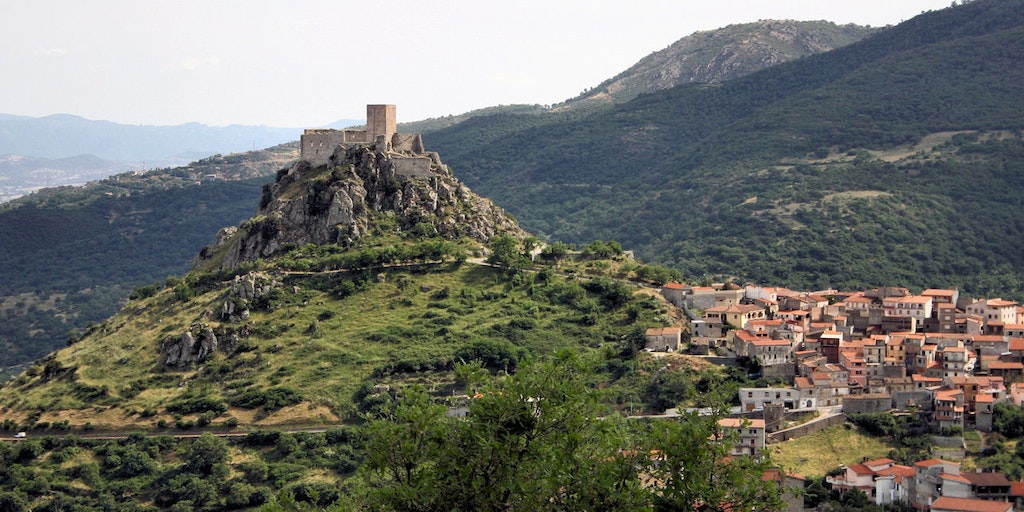 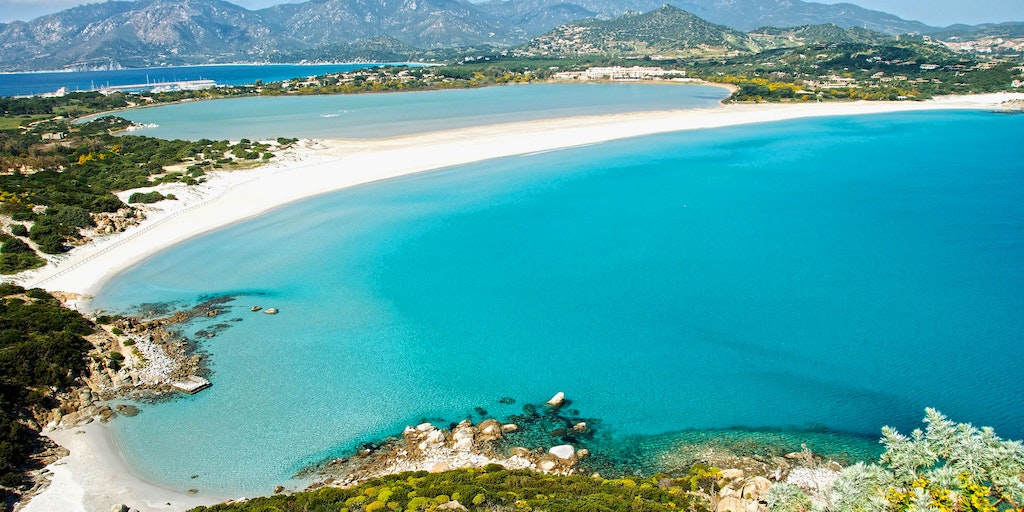 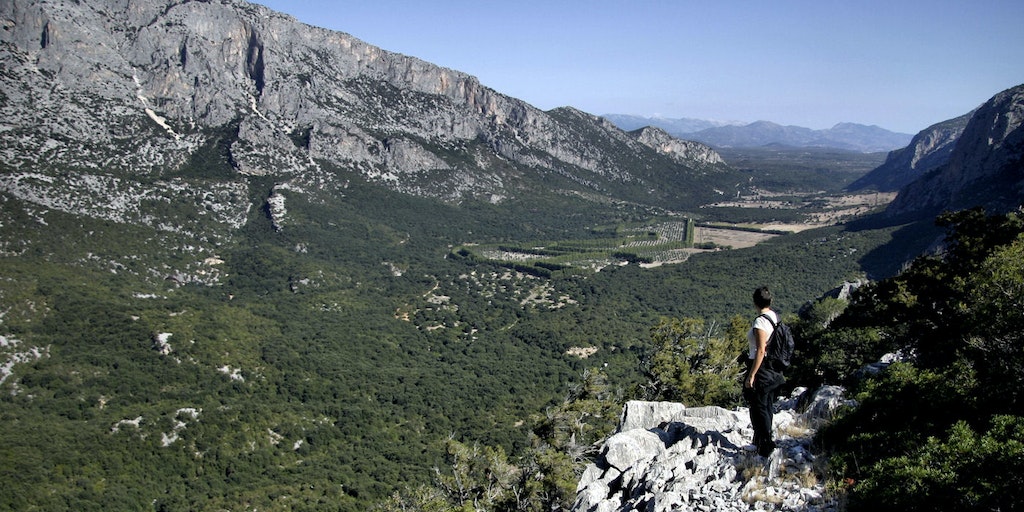 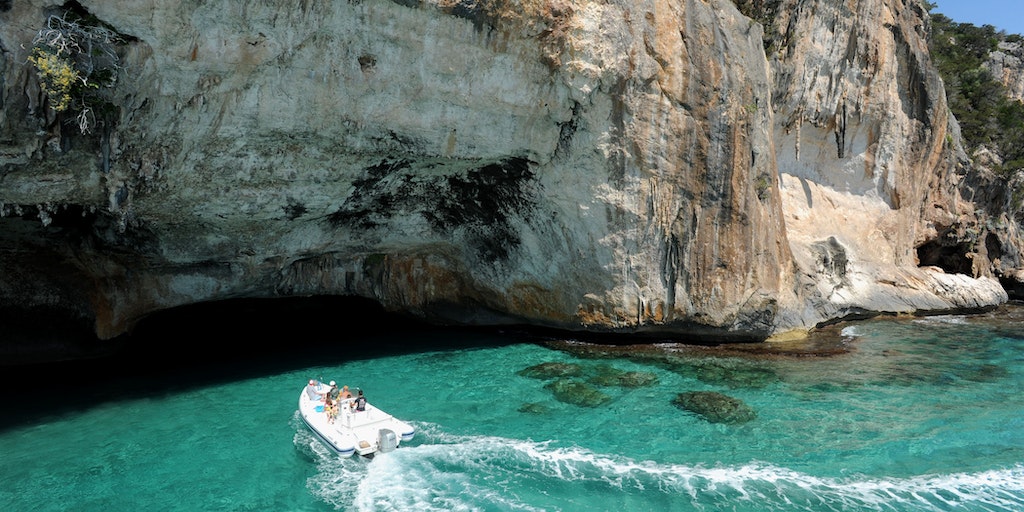 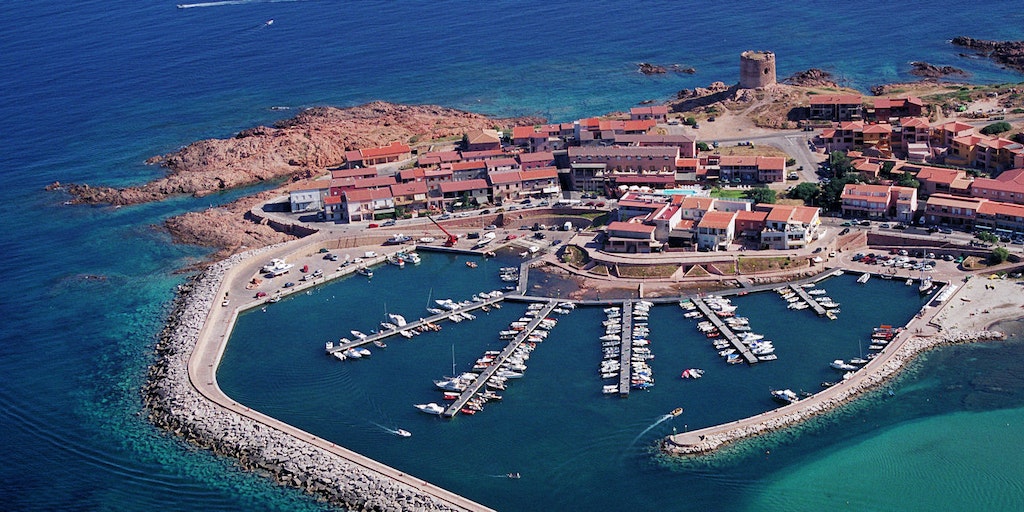 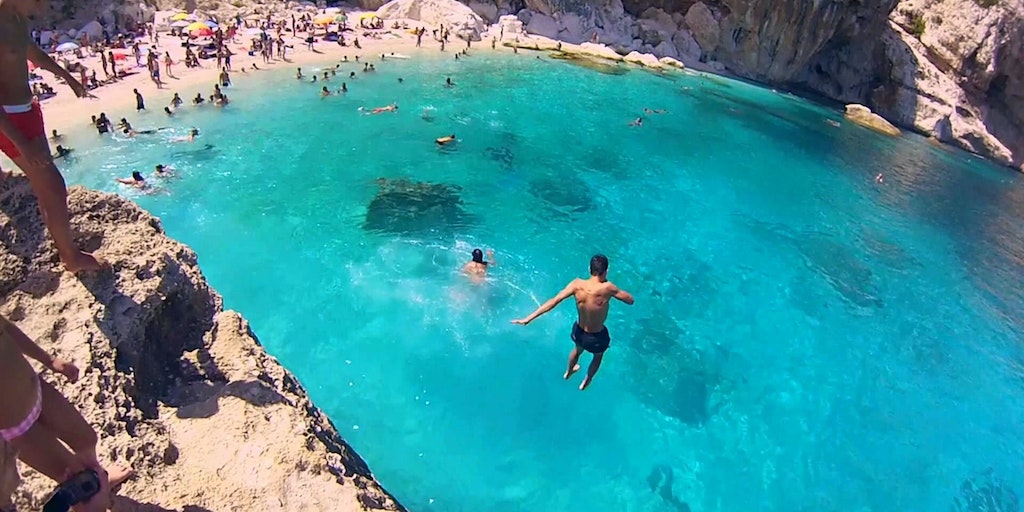 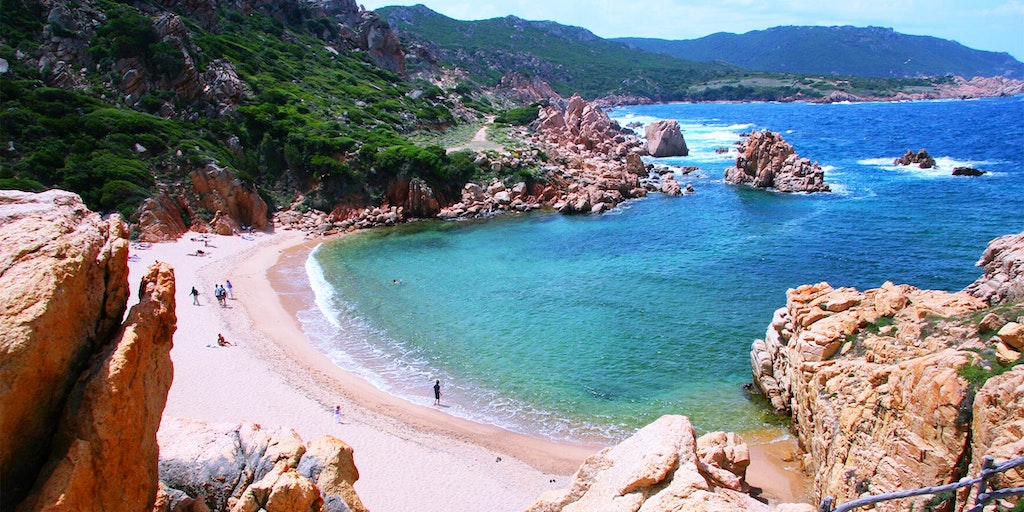 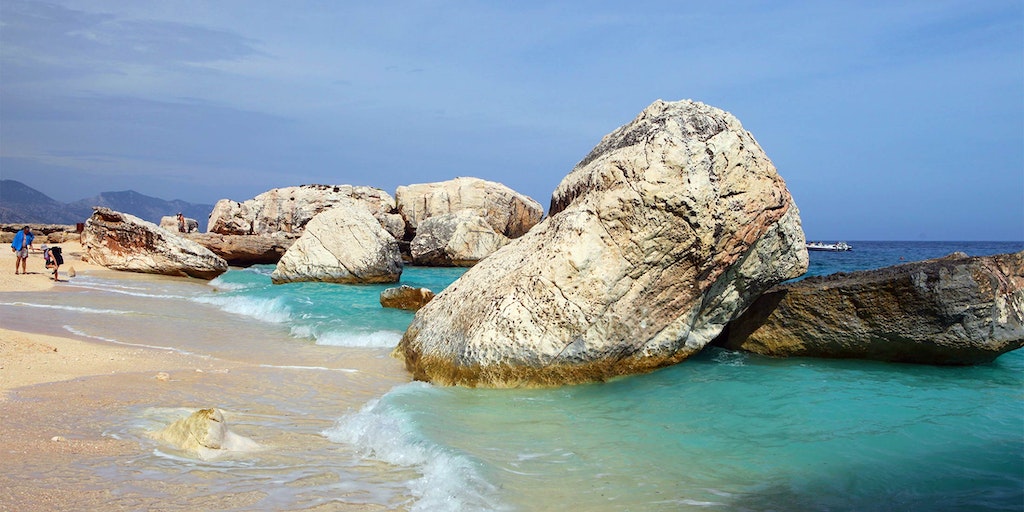 Welcome to an island brimming with natural beauty, with a rich and colourful culture, wonderful food and warm hospitality. Here you can fill your days relaxing on white sandy beaches, swimming in the azure blue sea and more.

Most popular areas in Sardinia

See all cities and destinations in Sardinia

Sardinia is Italy's second largest island situated in the heart of the wonderful Mediterranean, and it is perhaps the European island most reminiscent of the Caribbean islands because of its tropical vegetation, warm climate and the clear turquoise water.

It is definitely the best place for nature lovers to take a beach holiday with great diving opportunities among the colourful fish and the old Roman shipwrecks. Here there are sandy beaches as far as the eye can see, with interesting rock formations created by the wind and weather.

The coast consists exclusively of modern low houses in small villages. Up until recently the island's population was employed with agriculture and animal husbandry – especially goats and sheep. The present day is still characterised by these old pastoral traditions, which is why we recommend trying the local specialties such as homemade sausages, cheeses with some good strong table wine to wash it down with!

Cagliari is the capital of the region and has a wonderful location looking out over the sea. The town is built on different levels and is in many places well preserved. Cagliari cannot boast of great monuments in the same way as many other Italian towns can, but nonetheless, it does have its own charm due to its location. A walk along the harbour promenade is a wonderful experience. Alghero on the northwest coast has a particularly Catalan feel to it because of the earlier Catalan dominance of the area. Alghero too has its charm especially from the various viewpoints in the town that overlook the sea. Other towns worth a visit during a stay on Sardinia include Oristano and Iglesias on the west coast and Nuoro in the eastern central part of the island. Along the various stretches of coast, there are of course many smaller towns each with their own attractions but many of these towns experience a heavy stream of tourists during the summer period.

Despite the fact that Sardinia has been under Greek, Roman, Arab and Spanish rule you will not find a great number of sights from these periods on the island.

The history of the island is long and there are some examples of very old monuments from the island's indigenous population.

There are a number of Roman monuments such as the amphitheatre in Cagliari and some Roman villas in various different places on the island.

Many of the smaller coastal towns have some small interesting fortifications built during the period of Spanish rule on the island.

If you are looking for sunshine and beaches then Sardinia is the perfect holiday choice. There are fantastic sandy beaches all around the island with the cleanest and clearest water imaginable ,which gives you the impression of being on an island in the tropics rather than on a Mediterranean island.

Sardinia has some of Europe's best and most beautiful beaches. The real beach lover will either plan a stay according to the location of the individual beach, or hire a car to be able to enjoy all the various inviting beaches and stop and start where you like.

Explore the goodies below sea level

If you like to snorkel or dive, then you've come to the right place. Sardinia has endless possibilities for underwater activities. Up north you can for example try Capo Testa in the north of Sardinia near Sata Teresa di Gallura, the island Maddalena and the entire archipelago in the same area. Eastwards there is the Golfo di Orosei (Gulf of Orosei) with its many hidden caves below the surface. Bue Marino Caves by Cala Gonone could be a good bet. There is great diving from the peninsula of Capo Carbonara and the small islands of Cavoli and Serpentara down in the southeast corner near Villasimius. Finally you can find good diving from the Islands of San Pietro and Sant'Antioco in the southwest - and further north at the beautiful, historic town of Alghero. This is just a small selection of underwater delights. You can find plenty more along the 1900 km of coastline.

Choose your holiday accommodation in Sardinia with In-Italia and take advantage of our over 15 years of experience at selecting just the rights choices in the right places. You can choose from a selection of over 50 accommodation options in various places on the island.

Holiday accommodation on the island tends to be of a good standard and they are usually located along the coastline with easy access to the road network. We inspect our choices regularly to ensure that the standards are consistent with descriptions.

When travelling to Sardinia by plane, you can arrive in one of three airports - Cagliari in the south, Alghero in the northwest or Oblia in the northeast depending on the airline. All three airports have a high level of service, and it is easy to rent a car from either airport and drive to your accommodation. .

The fantastic scenery in Sardinia can primarily be seen along the beautiful coastline that surrounds the island. However, inland on the island you can also find lovely forests and smaller mountains. Sardinia also has some beautiful rivers.

But Sardinia's real strength is its beaches, which are simply breathtakingly beautiful. Should you want to snorkel among the rocks, the west coast is the perfect place and here there is also a large flamingo colony with pink flamingos.

Sardinian cuisine was, and is partly still, characterised by its pastoral culture, which was very widespread on the island - some might call it rustic. But do not underestimate the food because Sardinian cuisine has come a long way.

Fish and seafood:
Fish and seafood, Lobsters in particular from Alghero are in demand and famous for their succulent meat. Moray is a most delicious fish, which if you are lucky you can sometimes find on the menu in Alghero's restaurants.
Sardinians also love squid – particularly grilled with a little lemon. Mussels also appear regularly on the menu. You will find a great fish market in Cagliari if you are in self-catering accommodation and wish to cook for yourselves. Here you can find a great range of Mediterranean fish.
Meat, game and poultry: Pork meat is among the favourites here and it is cooked in a tasty way. Lamb is also very popular. Wild boar is widespread in Sardinia and you will find it on the menu more frequently inland. Various products are manufactured from the meat of wild boar.
Sausages and ham:
Grandula is a type of air-dried pork fat. Grandula is produced from meat and fat from the pig's jaw area. Another wonderful sausage is the so-called Mustela, which is also produced from pork. Prosciutto di Desulo is a great air-dried ham, which is typically produced in the more mountainous parts of the island. In the Sassari region they make the pork sausage Salame di Tergu.
Cheese:
The wonderful sheep's cheese Pecorino Sardo is produced in Sardinia and is widespread on the island. Another good Sardinian cheese is Casizolu made of cow's milk.
Sweets:
Sardinia is especially well known for its many nougat products, which are still produced in the traditional homemade way in many places on the island.
Wine and vineyards:
Vermentino di Gallura is a white wine produced from the white vermentino grape, which is especially common in Sardinia. The Vermentino di Gallura wine is found in several excellent versions and is great with fish or seafood.
The native grape of Sardinia is called Canonau and typically produces strong wines. However, an increasing number of wine producers are now making world-class wine. Two really good Sardinian vineyards are Argiolas og Dettòri.

At In-Italia you will always find a great selection of hotels, apartments and general holiday accommodation / vacation rentals in Sardinia. Whether you are flying to the airport in Cagliari, Alghero and Olbia, you can find an option that best suits you. All our accommodation is carefully selected and regularly inspected and there is something for all tastes and budgets. Search by using the search machine at the top of the page, or contact us for free advice.

Dont miss the chance to have a stay at Cecilia

The beaches were fantastic, so was the town

- Drink lots of water
- Practice some Italian
- Rent a car
- Try to follow the circadian rhythm
- If it's possible, book a room with air conditioning

View all reviews of Sardinia