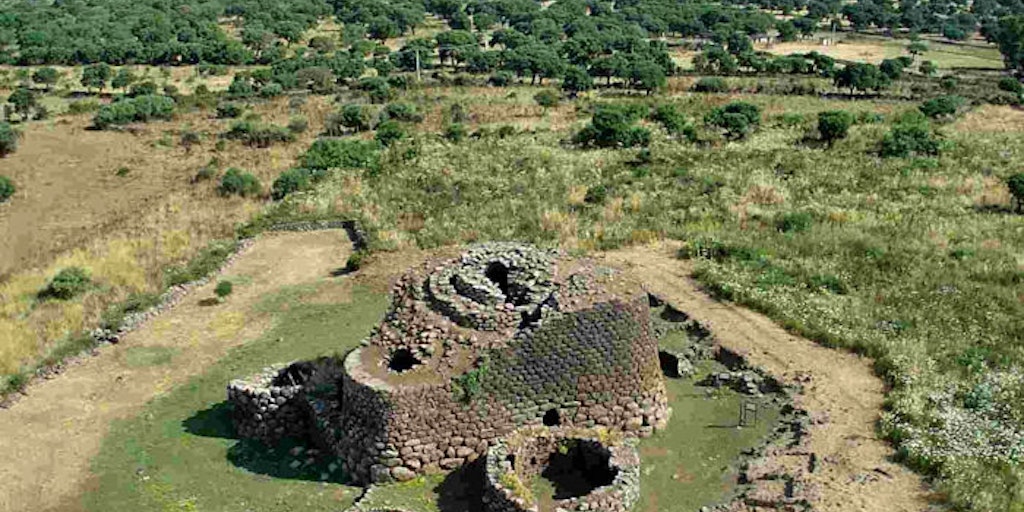 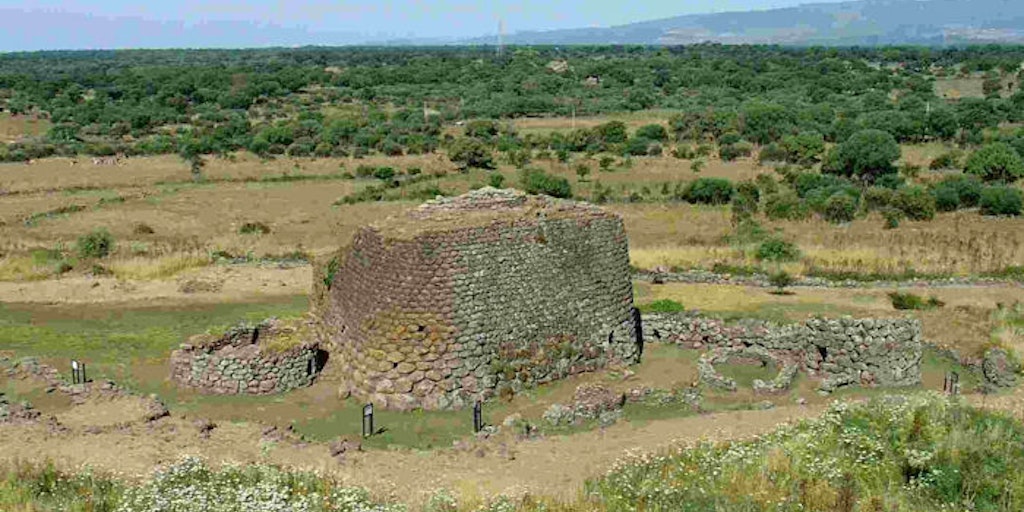 Abbasanta is located inland, about 30 km from Oristano and her lagoon. It is a small commune with about 3,000 inhabitants at 400 meters altitude. This gives Abbasanta a mild climate. Abbasanta is mostly known for Nuraghe Losa, located along the highway SS 131 between km 123 and 124. It is a large complex with an ancient defensive wall.

Nuraghe Losa was built in the 15th and 16th centurie BC and comprises a large central building and three additional towers, all connected by a defense wall. The entrance is from the side to the south, where a long hallway leads into the central building. It is possible to visit the ground floor and the floor above. You can also visit two of the three watchtowers, while the last tower can be visited via a separate entrance from the northeast. Originally the Nuraghe was higher than 13 meters, it now rises above ground level. In front of the entrance there is still a cottage with two entrances and several niches: This cottage is considered a community hall. Around the entire settlement, there is a wall of elliptical shape which is approximately 200 x 300 meters. Along this wall you will find the ruins of the three towers, which had both an entrance from the outside and the inside. Within this area you will also find several cabins that were built in the 13th century BC. The Nuragic people lived up to the 7th century BC. And after a period the place of residence was deserted - From the 4th century BC. to the 7th century, Urns from the Roman period were found at the entrance to the archaeological park, where the tomb of the work started in 1898. After decades of studies and excavations, the first consolidation of work was performed between 1970 and 1976.

At Abbasanta, you will also find Nuraghe Zuras, that was built in the last Nuragic time between the 14th and the 12th century BC.
This nuraghe is one of Sardinia's most visited attractions and is remarkably well preserved. Nuraghe Zuras is also interesting because of Its accuracy in building technique. At the entrance to the left is a stone staircase to the terrace on the floor above, where it is possible to see other nuraghe in the same area. In the building you will find several niches and central fireplace. A nuraghe is only features how cities were built by the Nuragic people. Around this large building, is where the city's ruler certainly lived, there were many wooden huts where the other inhabitants lived.

If you only see images of a nuraghe, you are probably surprised when you get into one. If you look at the images you get the impression that this is only an ordinary round tower, then you should try to imagine that it consists of stone, which can be as big as a car, which is fine cut and placed on top on eachother.
The large stones are not cemented together, but is just on top of each other without moving thanks to their heavy weight and the careful notching. The outer walls may in some cases be up to 4 or 5 m thick, the periphery is between 30 and 50 meters high.
In Sardinia you will find today are still more than 7,000 nuraghe, not so long ago there were more than 20,000. The first nuraghe was built about 2,000 years BC, but the uncertainty about their exact dating is still relatively high. The last dates from in between 1100 and 1000 ad. Then they are continuously used, though more like shrines for religious and magical rituals than for residential purposes.
The most well-kept nuraghe reaches up to 20 meters height. In almost all cases you walk into the building through a low door into a room with several niches. A staircase between the outer wall and the inner wall leads up to the floor above. The most simple nuraghe has one entrance and has been used as forts and guard tower, much like the medieval castles and fortresses. In case of danger or attack, the local people were defended the population from here.

There are more complex Nuraghes, which acts more as effective defense. They are older and consists of several towers located, more practical to protect the central building. Besides all this, we do not know much about these constructions and even less about the people who built them. The fact that the Nuraghes appeared in different geographical conditions - ie both on the plains and in the hills, by high cliffs and mountain caves - it does not help to identify their function. The Nuraghe, located at vantage points, was regarded as a defense structure, while the more complex, these are better hidden, is considered to be a kind of center and common gathering place for the people who built huts around. Several other options have been considered without one has come to a definitive conclusion.

The most famous and visited Nuraghe in Sardinia include following:
- Nuraghe Losa and Nuraghe Zura at Abbasanta
- Nuraghe Arrabiu by Orroli
- Nuraghe Santu Antine between Torralba and Bonorva
- "King" -Nuraghe Sa Nuraxi at Barumini
- Nuraghe Tiscali in the Gennargentu mountain park, can be reached after about two hours' walk in the mountains, and the exceptionally well-preserved Nuraghe is worth the trip.