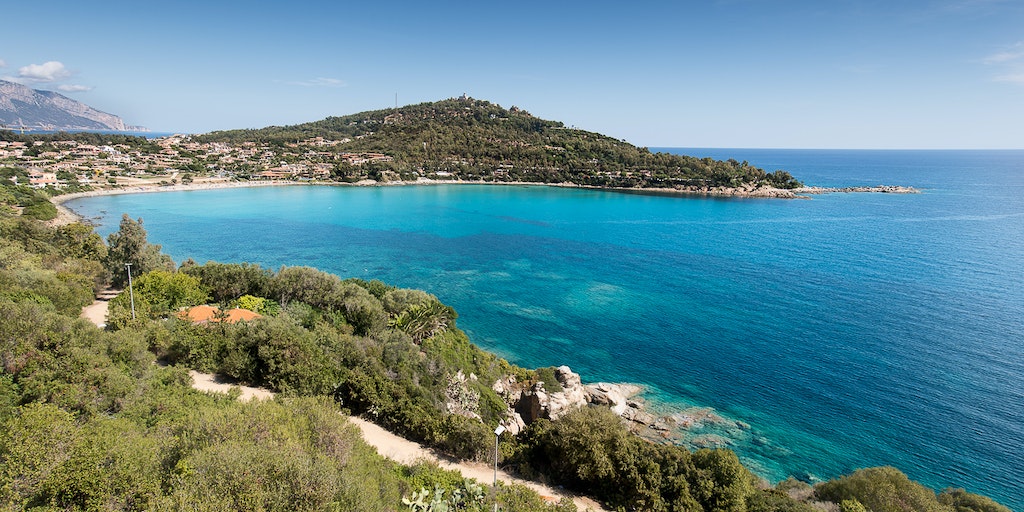 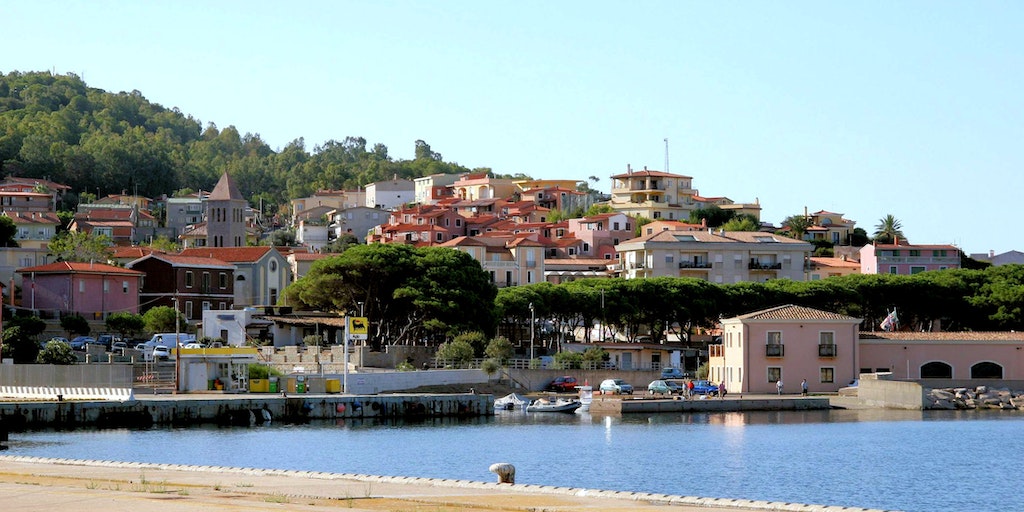 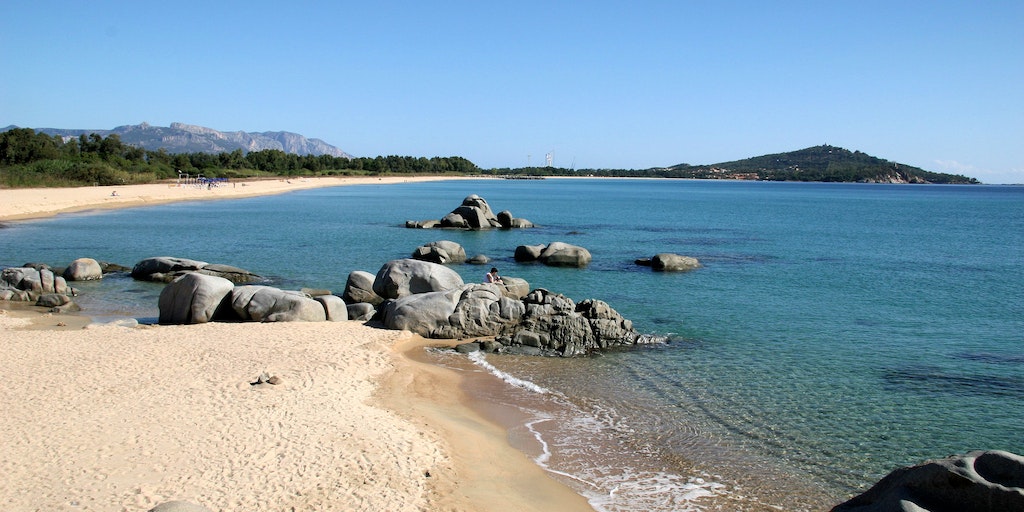 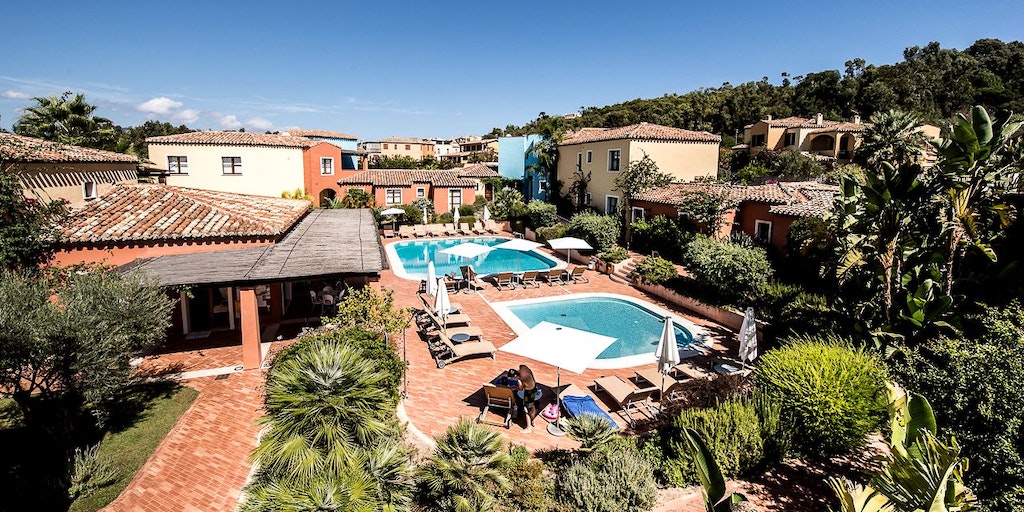 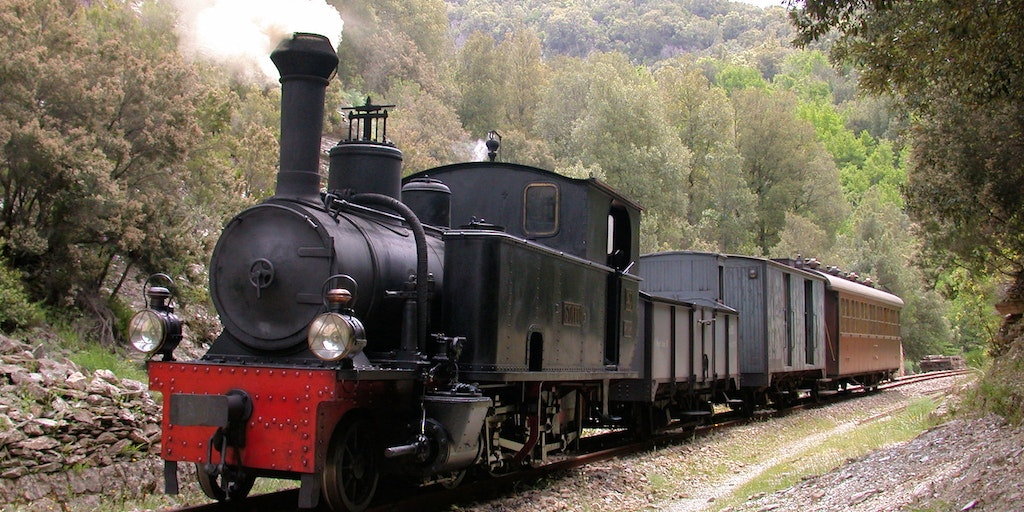 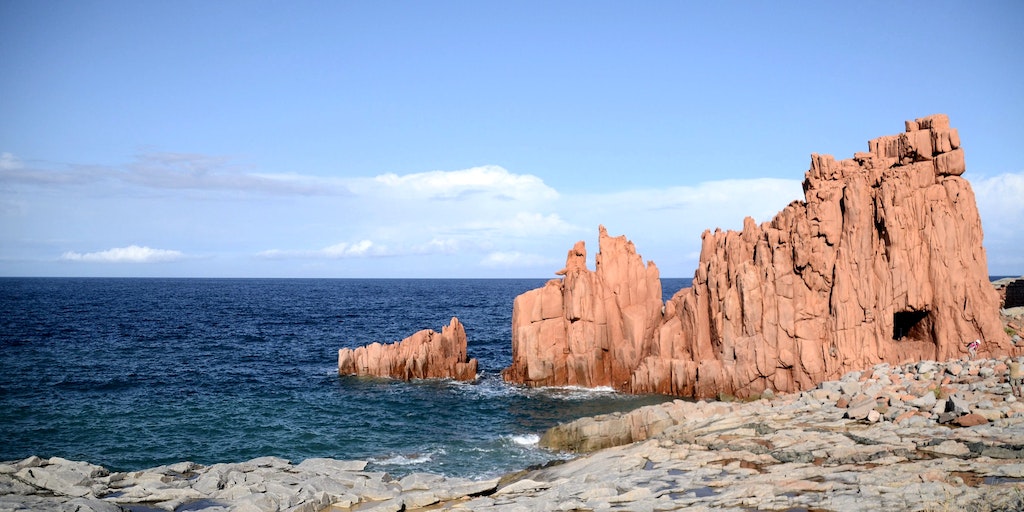 Arbatax is located at the foot of the mountain slope of Capo Bellavista in the eastern part of Sardinia. The town consists of two parts: the old town which is close to the harbour and the newer part, called Porto Frailis, where there are many holiday homes and hotels.

Today the economy here is based largely on tourism with a population of 5000 people. Beach of Rocce Rosse is large attraction with it's red rocks and it is also known for its mussel farming.

The town is lively during the summer months and is frequented by both Sardinian and external tourists. There are plenty of restaurants, cafes and shops. Arbatax also has an older town, a harbour and a promenade, where you can visit the famous red rock formations Le Rocce Rosse di Arbatax. From here it is about 2 miles to the other end of Arbatax, where there is the residential neighbourhood Porto Frailis. In the neighbouring town of Tortoli only approx. 4 km away, you can find an even larger commercial centre.

Arbatax has a fine sandy beach district called Porto Frailis and otherwise the 2km long, beautiful, golden sandy beaches at Lido di Orri (8km away by car). The port of Arbatax is one of the largest ports in Sardinia, from where you can sail to Genoa and Civitavecchia (Lazio Region). The area around Arbatax is very varied with many beautiful beaches and with the Gennargentu mountain providing a scenic backdrop. The area also has places of historical interest, as it has found relics from the Nuraghi time such as the Nuraghi Tower, and the famous tombs Domus de Janas.

Arbatax is also the terminus for one of the routes on the steam train Trenino Verde. The route is called Manda-Arbatax. The train runs through the southern part of Gennargentu mountain, Bettili and Montarbu woods. During the trip, there is the opportunity to visit the impressive cave Grotta di Janas.

Arbatax and Tortoli are situated adjacent to each other with 5 km driving distance between the two. Tortoli has plenty of shops, cafés and restaurants, and a lively Italian town with many shops where you can buy bags, shoes and clothes etc. So if you want to experience an Italian town with good shopping opportunities it is definitely a good bet.

View all reviews of Arbatax