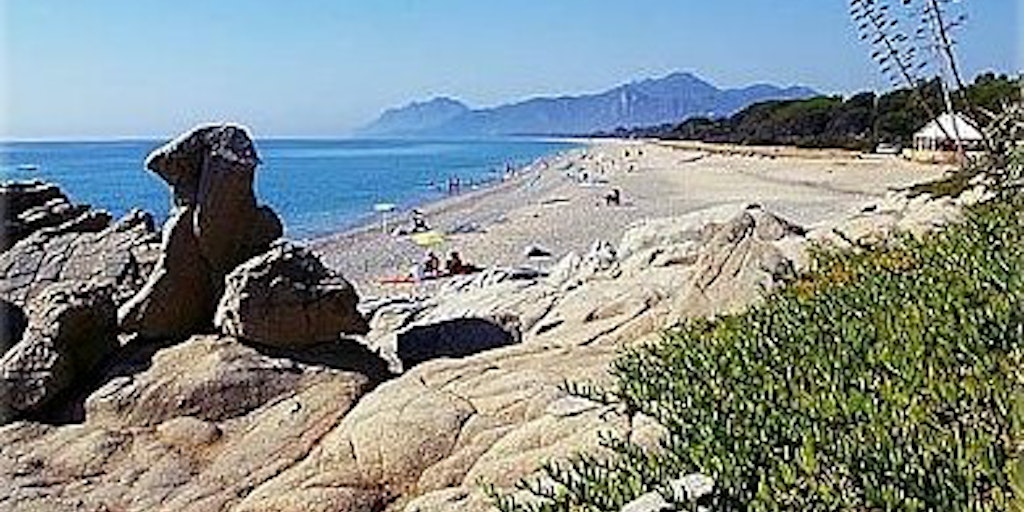 Barisardo is a small and historic town with around 4,000 inhabitants which lies along the eastern coastline of Sardinia.

The coastline varies from picturesque rocky slopes of pine forests to areas with Mediterranean shrubs and Eucalyptus trees.

The town has until a few years ago lived especially of the revenue from crafts and agriculture, but in recent years, the tourists started coming here because of the beautiful scenery, the crystal clear seawater and the relaxing atmosphere. Among farmhouses and more modern apartment blocks, you will find many sheep barns here where the tasty pecorino sheep cheese is made. Around the town lie the green and picturesque hills and mountains, Su Pranu and Pizz' 'e Monti and mountain sections Teccu and Su Crastu.

The 9 km long coastline, located in Barisardo municipality is characterized by rocky areas interrupted by picturesque beaches. By starting north you will find the beautiful Cea with the two beautiful rocky islands of red granite; Punta Niedda is the remains of an ancient and extinct volcano; then comes the wide beaches at La Torre, Planargia and Marina di Gairo. The coastline varies so from picturesque rocky slopes of pine forests and areas with Mediterranean bushes among large eucalyptus trees.