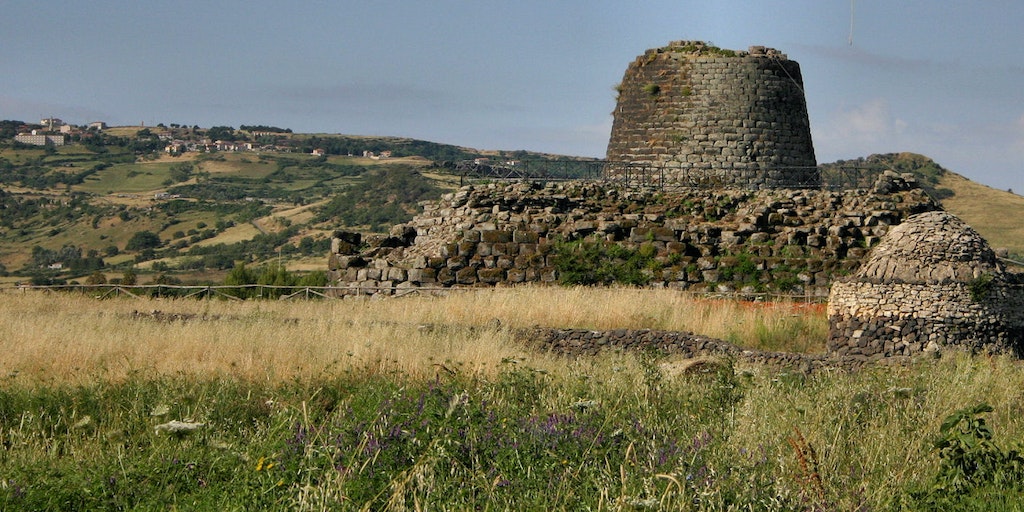 Loading content
A Nuraghe is a conical tower built from very large stones that formed a domed room. This tower form is known only in Sardinia, where there are approximately 7 to 8000 nuraghi scattered around the island, often on a prominent ridge.

The towers are ca. 3 to 4000 years old, and while most are standing by itself, they have been found to be built together.

In the small village of Barumini you can actually see a whole nuraghi village, Su Nuraxi di Barumini , which was put on the UNESCO list in 1997.

There is some uncertainties about what these towers were used for, but one assumes that they both were used for housing, sacred objects and fortresses.