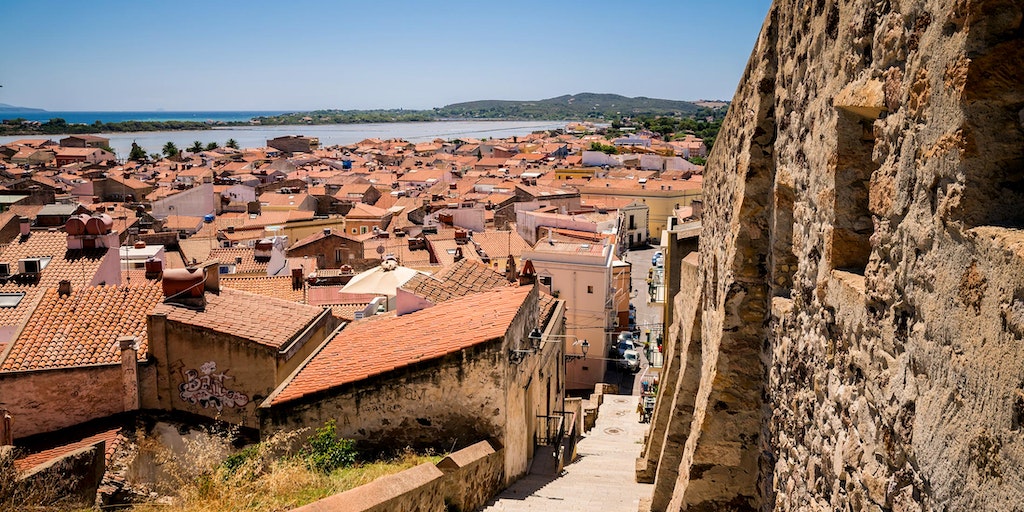 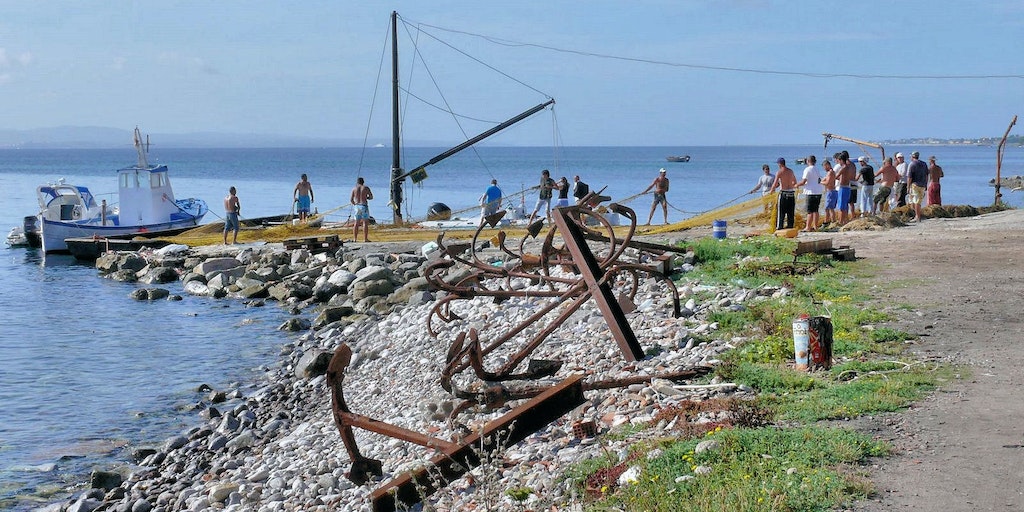 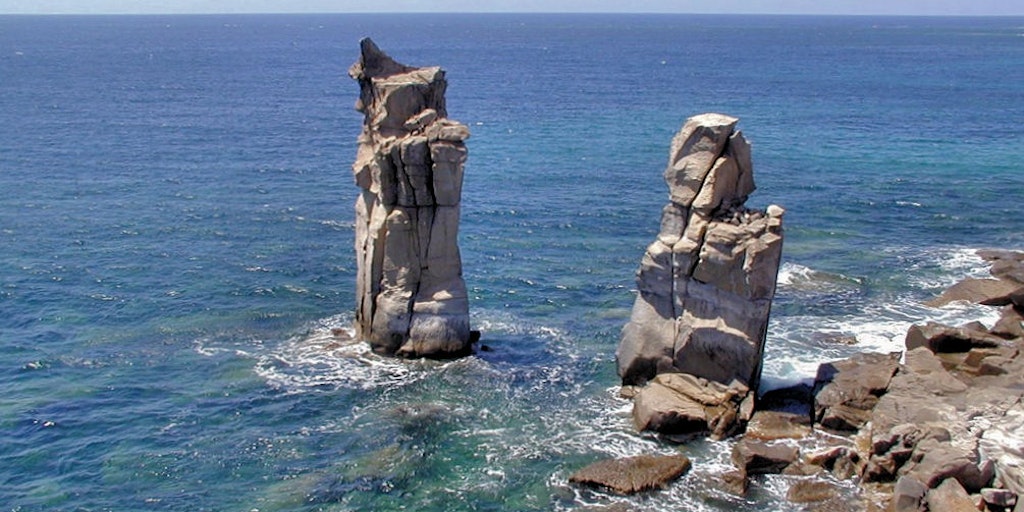 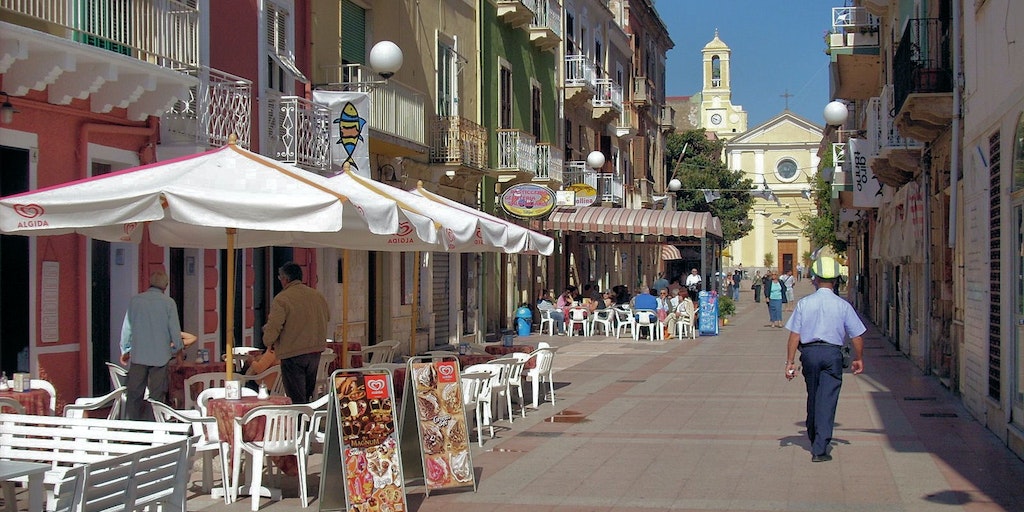 Carloforte located on the island of San Pietro, if you are enjoying a vacation in the southwest of Sardinia, you can easily do a day exursion to the islalnd. On San Pietro you will find amazing and sandy beaches and a cristal clear sea. You can sunbathe and snorkel and end the day with a dinner in Carloforte. If you are in the right season in june, you can experience the fresh Sardines fest that is celebrated.

The island of San Pietro is also called Carloforte by the locals. Carloforte (Carloforte also the name of the only city located on the island) is inhabited all year round with approximately 6,500 inhabitants, the majority of whom live in the town Carloforte.

In contrast to the neighboring island of Sant'antioco connected via a bridge to the main island of Sardinia, one can only reach San Pietro Island by boat. There is ferry service between the island and the city of Portovesme (80 km from Cagliari) The boat trip lasts for about 30 minutes. It is possible to bring your car on board the ferry in order to get around and see the island with an area of 50 km².

The island is known back from the Phoenician time, and there are remains of nuraghi on the island. The name San Pietro comes from St. Peter. A legend saying that it was where St. Peter landed on his way to Rome. In the mid-1700s, the island was colonized by some fishermen who had emigrated from the area around Genoa, and on their way to the island of Tabarka, on the Tunisian coast, they stopped at San Pietro. The island's population speaks an old Ligurian dialect and not Sardinian. The language is called "Tabarchino" after the Tunisian island of Tabarka.

In 1736 the city Carloforte was founded and named after King Carlo Emanuele III. The people made their living in the past by fishing, especially tuna. In the right season (may and june) you can withness on the North part of the island, close to the little island Isola Piana, how the Tuna hunt is still a part of the today's lifestyle. Not a very pretty face for the faint hearted. In june they celebrate Girotonno, the grand fest where the catch is celebrated.

The town of Carloforte is cozy and has its own special character. The atmosphere is really more of a Ligurian town than Sardinian. In the narrow and charming streets there are small shops and many restaurants where you can eat traditional local dishes, which mainly consists of fish. Here tuna served in every possible way and they often make an art in presenting it. A specialty from Carloforte is "bottarga di tonno" which is air-dried tuna.

The north coast is the most pristine and wild. Along the coast, there are some impressive looking rock formations and caves. The rocks that goes straight vertically into the sea, can reach up to 150 m. high. Unique for the area is the large rock formations, called "Le colonne" (which means "pillars"). One of the best ways to enjoy the beautiful landscape is to take a boat tour. On the east coast, you can view some artificial lakes, which have been used for extracting salt from sea water. Up here you could be able to spot flamingos.