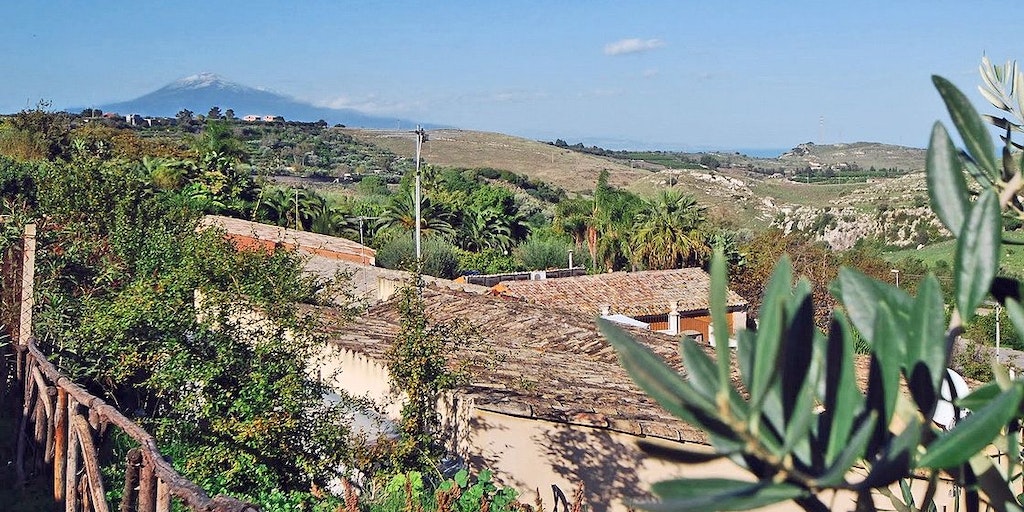 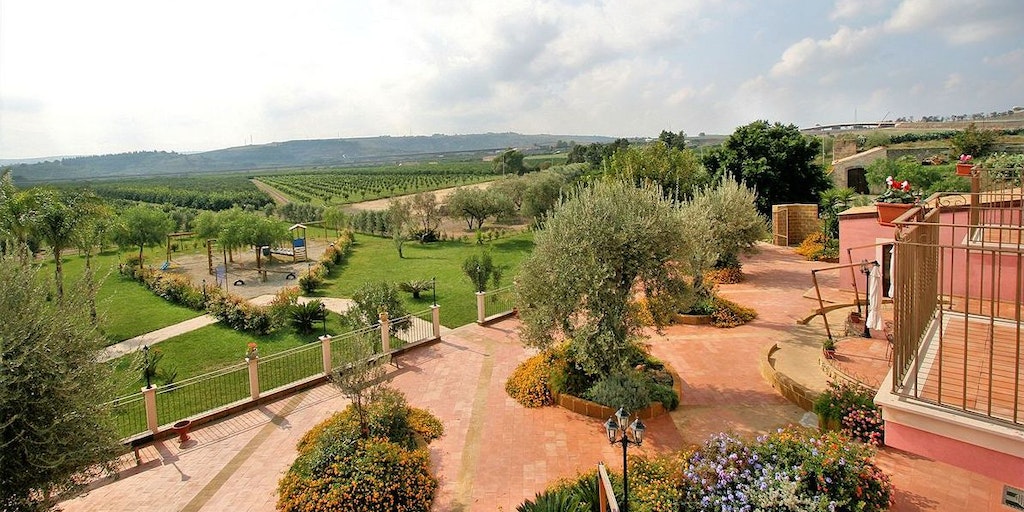 Lively town between Catania and Siracusa

Carlentini is a Sicilian blood orange producing town, located in the Siracusa province with approx. 17,000 inhabitants. The town is a good starting point for excursions to the many pearls on Sicily's east coast, such as Etna, Catania, Siracusa and the Baroque towns.

It is situated on a small hill surrounded by a dry and still green landscape with views of Mount Etna. Blood oranges Local people earn their living by growing citrus fruits and vegetables on the dry land, especially the cultivated juicy blood oranges and lemons. In fact, the town and its surrounding lands comprise one of three communities that make up the gold triangle in Sicily. The other two cities are Lentini and Francoforte where they grow the varieties called Moro, Sanguinello and Tarocco. Gastronomy The area has a varied gastronomic tradition that takes advantage of chutney from prickly pear to a specialty called "cudduruni" (a bread with vegetable fillings, cheese and sausage), to "cavateddi co sucu" (i.e. homemade pasta) and last but not least cannoli with ricotta.

Patalica is a beautiful experience. Roccadia has recieved the Michelin guide both in 2015 and 16 - and is a super agriturismo with perfect food and great service.

View all reviews of Carlentini