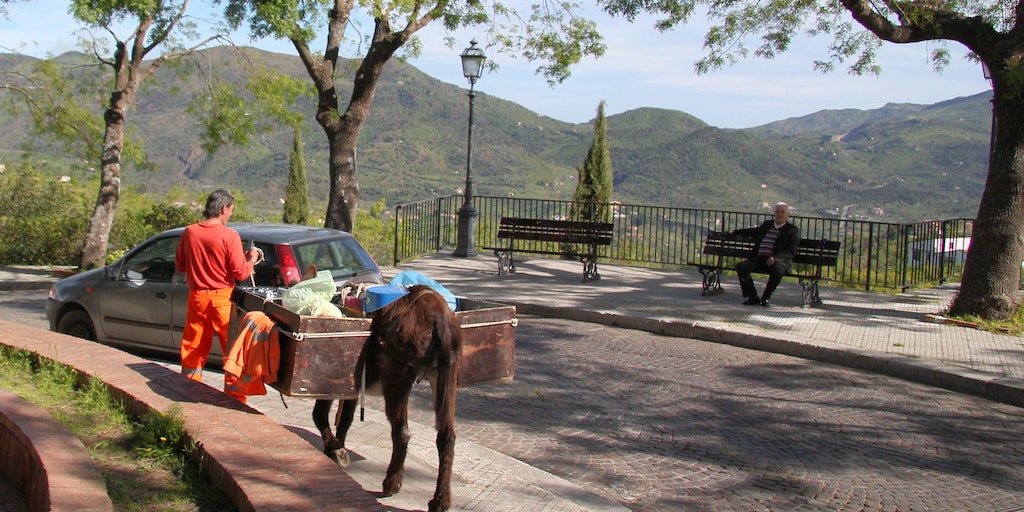 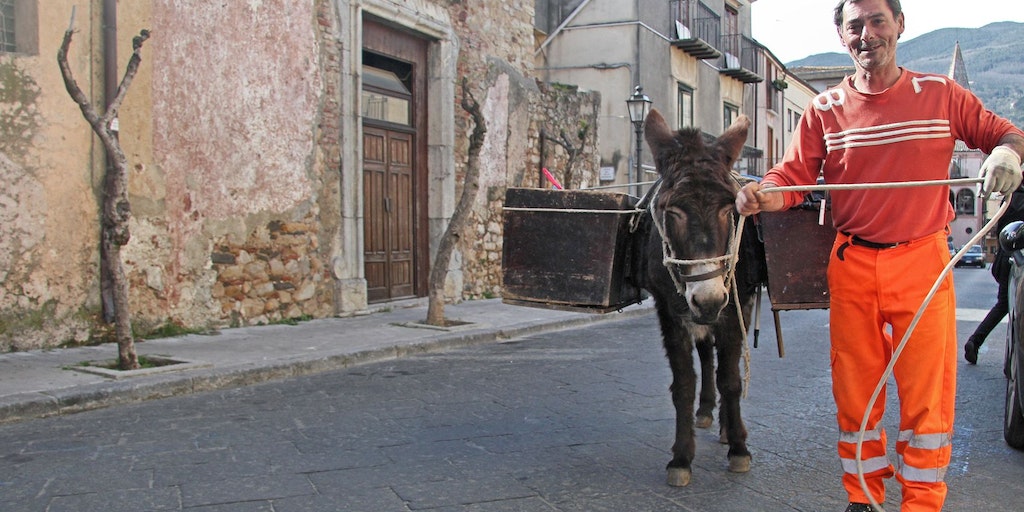 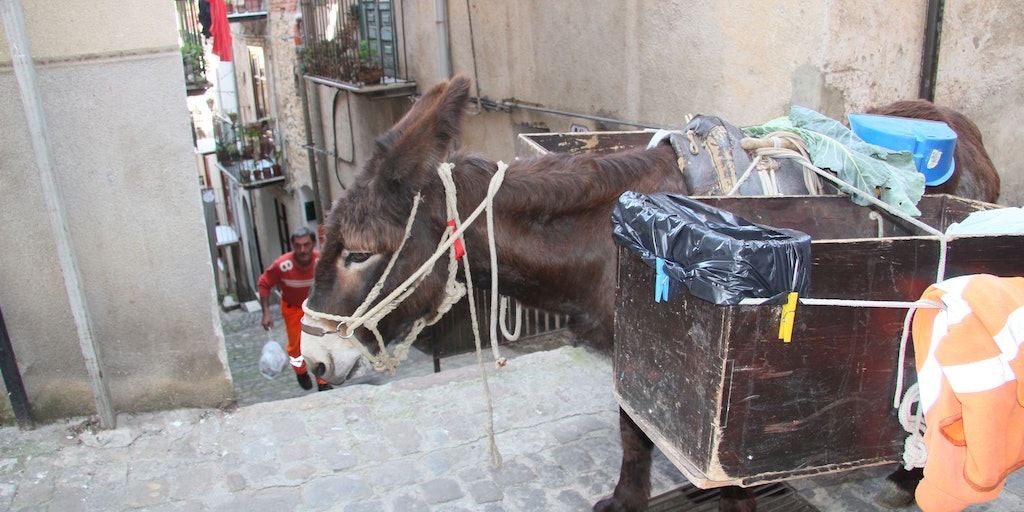 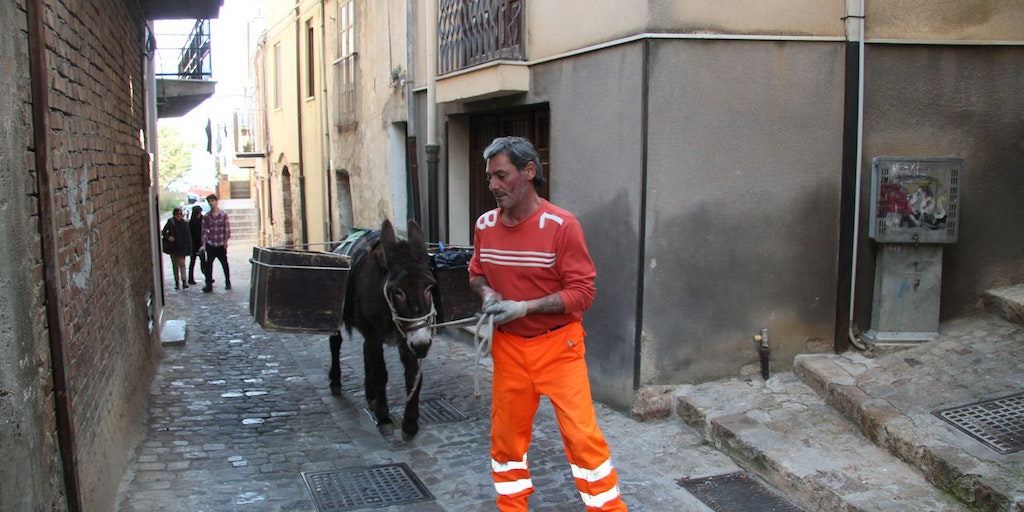 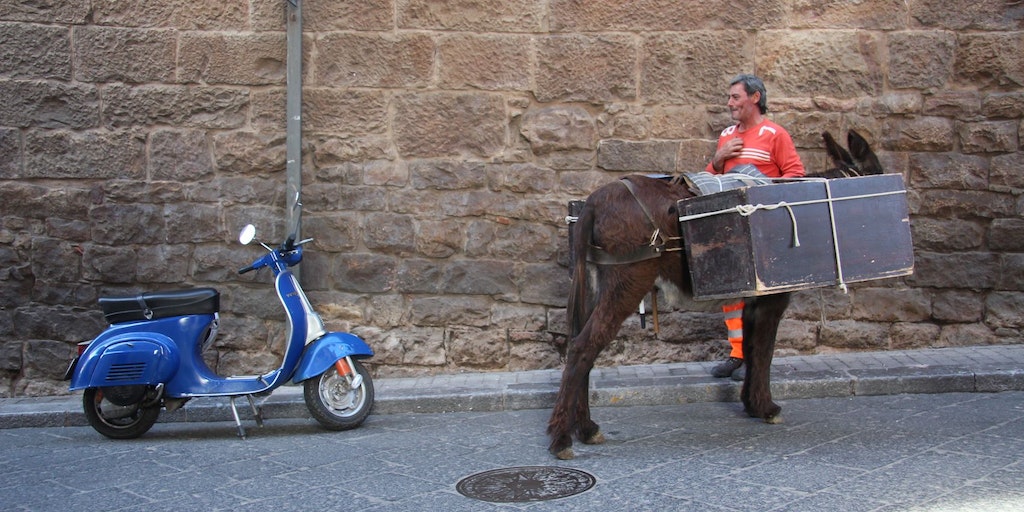 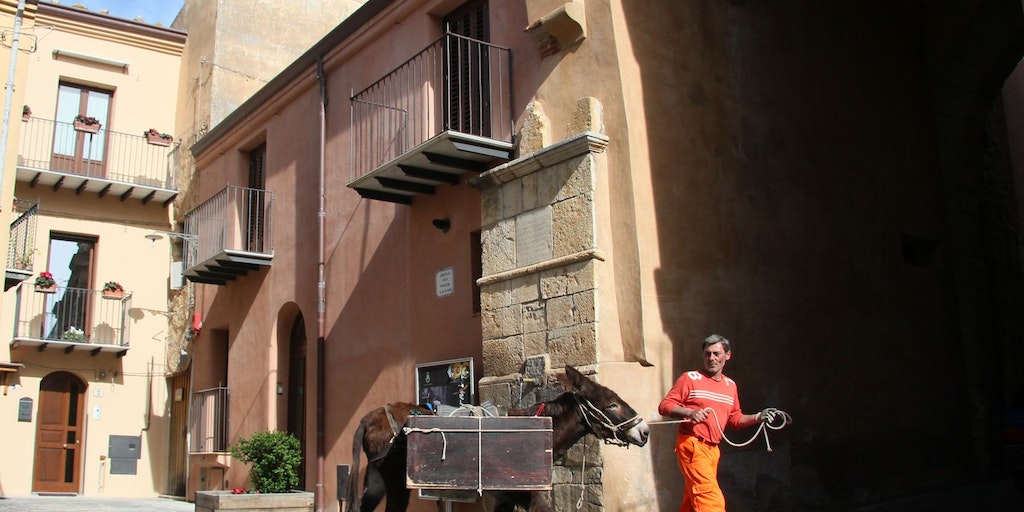 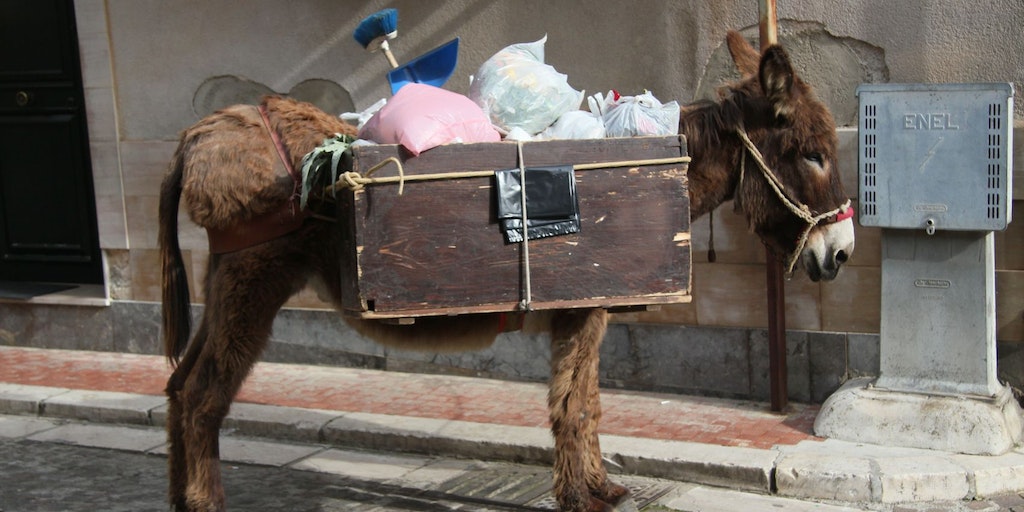 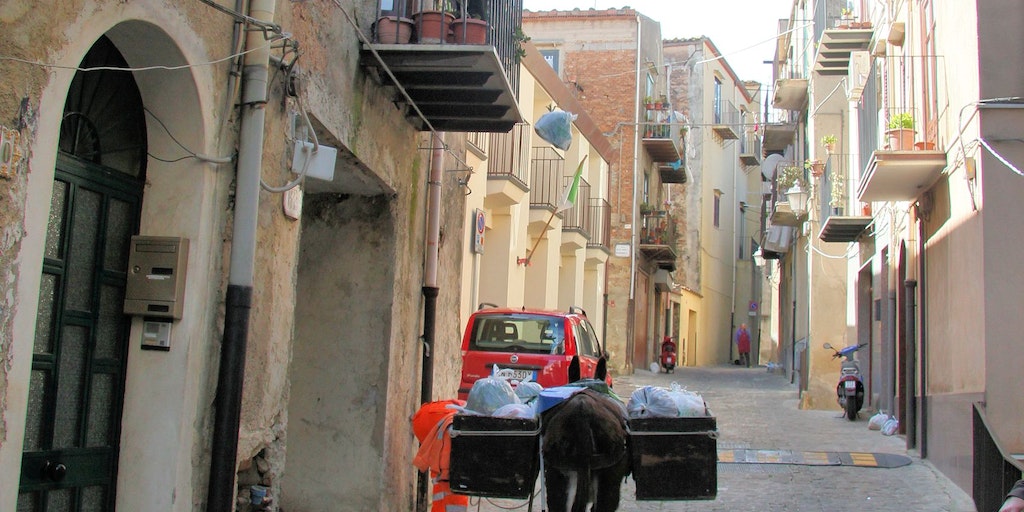 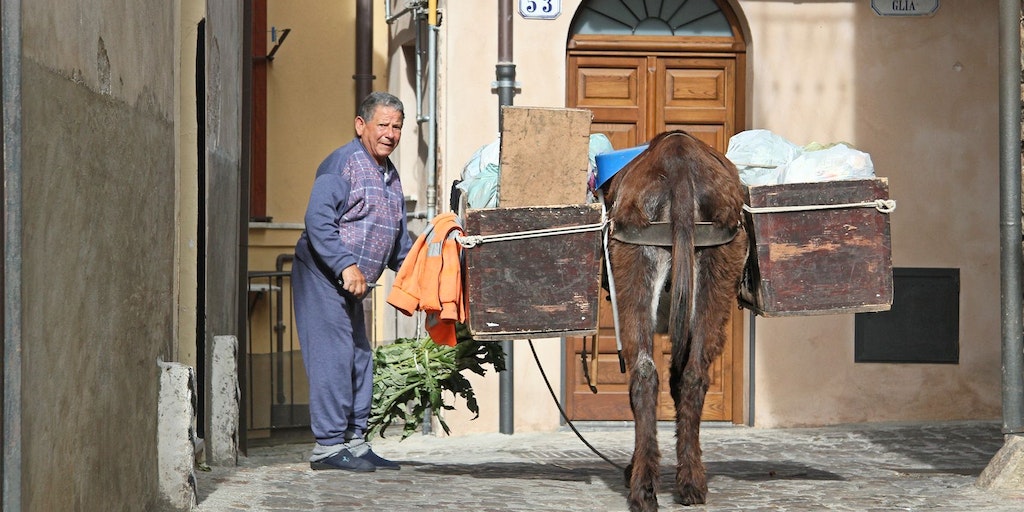 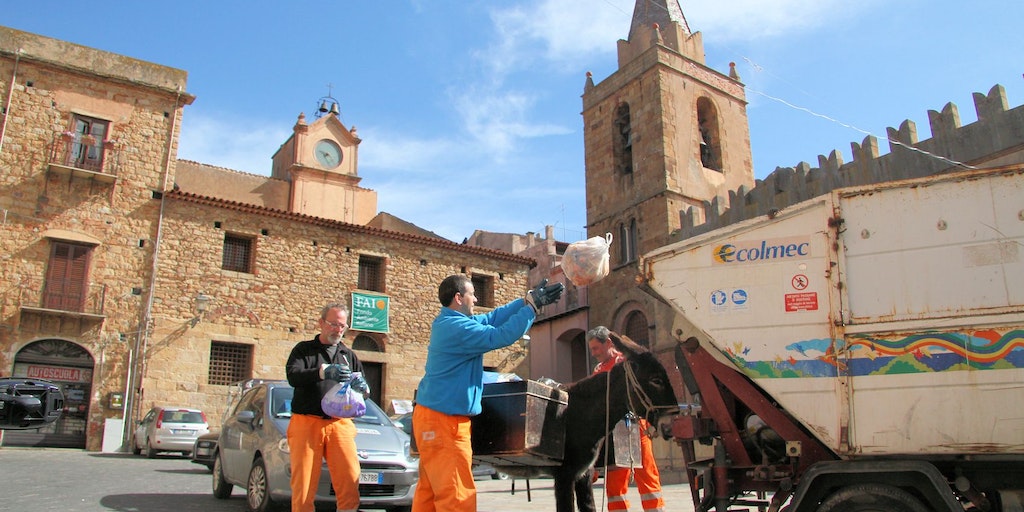 Loading content
Would you like to walk in town with a donkey on a leash? Try to visit Castelbuono in the mornings. The mayor introduced a method of collecting the waste with the use of donkeys instead of trucks. It's an amazing spectacle for all the family. You can have your photo taken with them and follow them around down all the interesting narrow streets.

You will probably find many good reasons to visit Castelbuono if you look in your guide: Ventimiglia Castle, slow-food bureau for foods such as manna and the old mechanical clock that was recently restored at the city's tourist office. But few mention that it's worth getting up early in the morning to walk around town in the company of donkeys that work as waste collectors!

The story of a "green" Mayor

The old town consists of many narrow streets and steps meaning that it is impossible to pass through them in a motor vehicle. Back in 2007, the city's mayor was faced with the problem of collecting waste and decided to resort back to methods that were used in the olden days before motor vehicles existed. Donkeys proved to be an effective and low cost method back then so he thought why not try it again! A donkey only needs 400 m² of land covered with grass to live on, and is able to climb hills effectively.

Results of this experiment

Differentiated waste collection was introduced and donkeys began to walk around town with their leaders. They are cute and friendly animals that don't pollute the environment like motor vehicles do and are also much quieter! In addition, they are ideal therapists for people with special illnesses such as autistic children and for people recovering from drug problems. Donkeys cannot be ordered to do something, they have to be persuaded, and they have to establish a personal relationship with their leader.

If you arrive in town at around 9:00am, can enjoy a good cup of coffee or cappuccino at the main square. From there you have a view up to the Ventimiglia Castle and you will see the leaders emerge through the gates with their donkeys and start to collect the waste. Some of the locals throw the waste down from their balconies into the baskets that the donkeys carry on their backs. Some days there is leftover food for the donkeys and they get given all sorts including remains of artichokes, potato peel and more things that we humans do not consume. A smaller truck running in the city's main streets stands by ready to empty the boxes and baskets that the donkeys carry periodically.

Today's heroes are happy to stop so that you can have your picture taken with them. Even thought they are working, they do their work at a steady pace and always with a smile - especially when the sun shines as it often does in these parts. You can spend all morning following them around the city and thus find characteristic corners that you probably wouldn't have found had you not followed the donkeys. If you want to stop and enjoy lunch in the city, there are many simple restaurants where you can sit outside and get something good to eat ... and also a highly acclaimed restaurant: called Nangalarunni which is located in Via delle Confraternite, no.10. Bon appétit!

It is possible to see people on the donkeys who are returning to their living quarters just 1km outside the city on the way down to Cefalù.