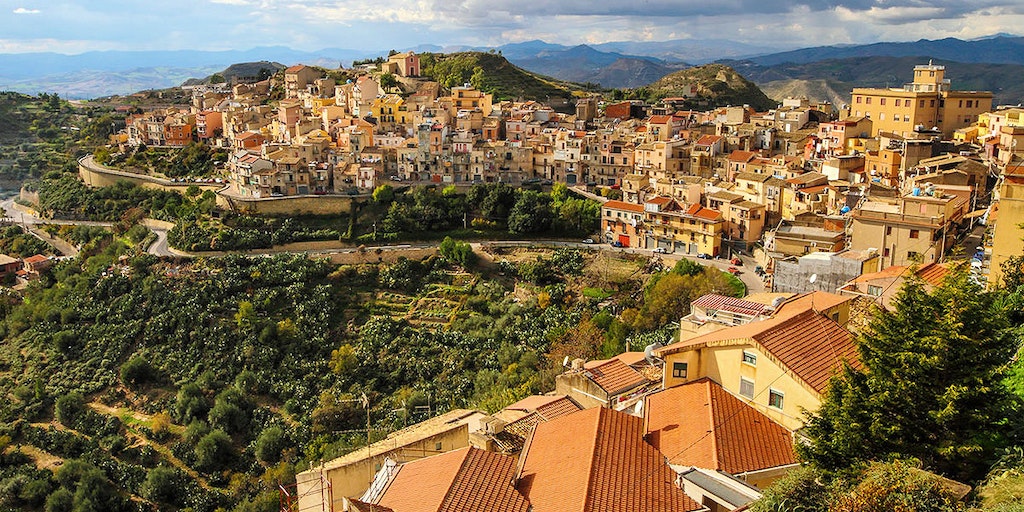 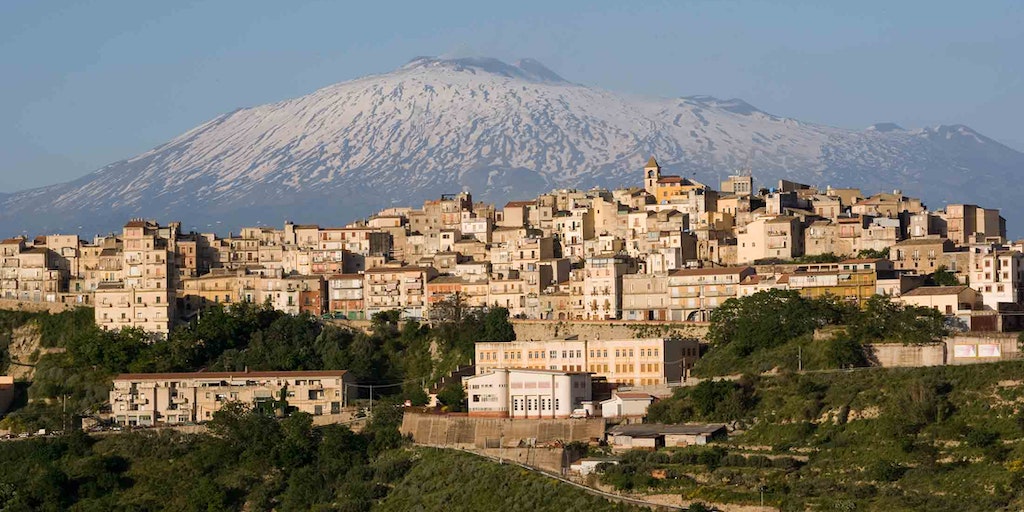 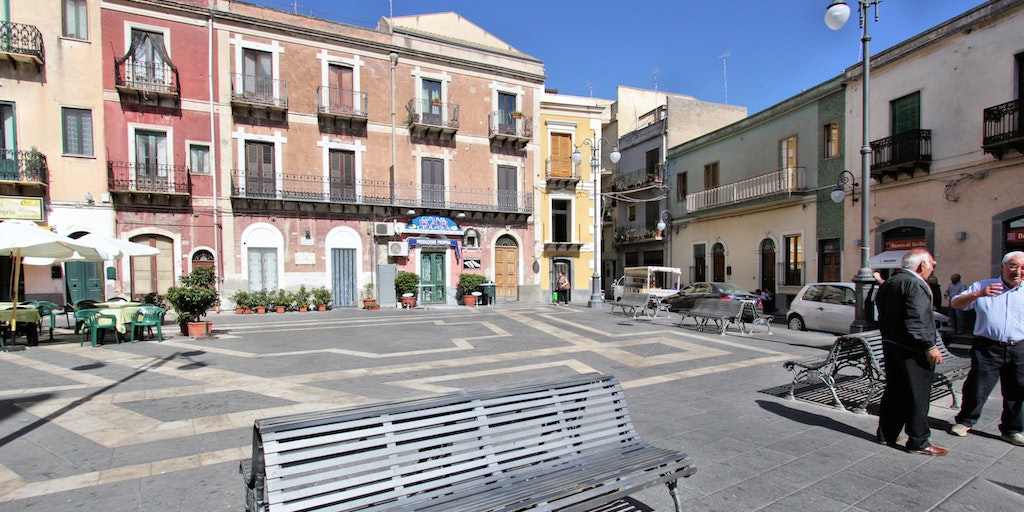 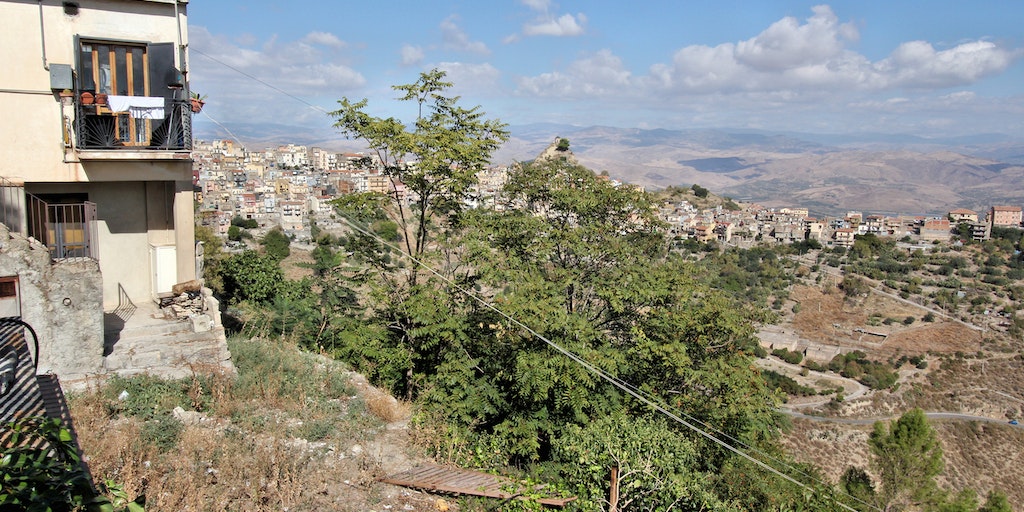 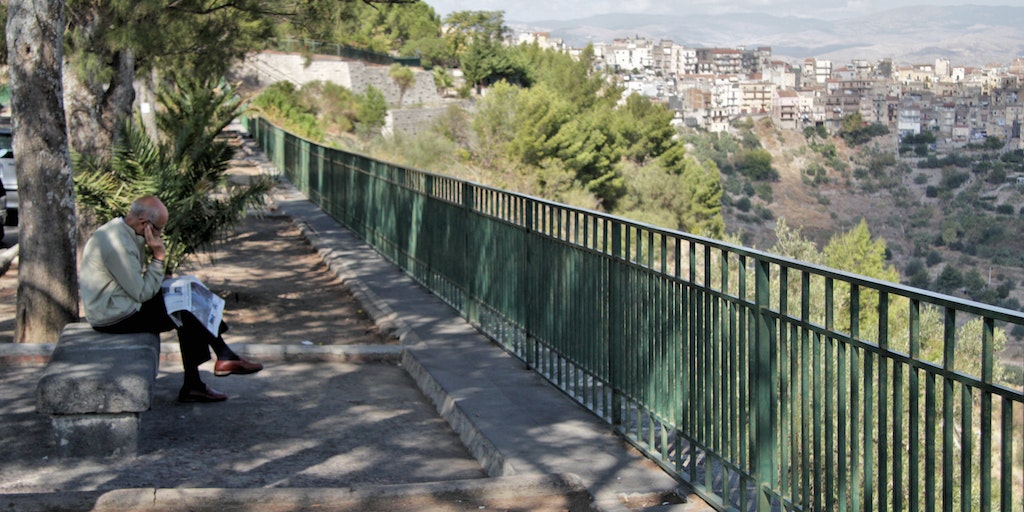 Right in the middle of Sicily, back to our roots

When you visit Centuripe today, you wonder about its poor reputation. For clear is that the city has more to tell, than what is written in most guidebooks.

From here, the view on the Etna has a complete different character than from Belvedere in Taormina.
Centuripe is located midway between Enna and Catania, south of the Etna, which rises above the landscape and can admire this from the city's vantage point. You are here about 730 meters above sea level. and as well have views of the Simeto Valley and the fertile plains in front of Catania, which supplies the city and neighboring cities with the best vegetables and fruits.

The town lies on a star-shaped mountain peak and has developed along five lines that leads to the center. People have proven tracks dating back from long before the Greeks came, the city was already existing and well developed.

The main economic development was seen in the city in early 1900s, as sulfur mines in the area brought this investment, jobs and commerce when the city reached up to 15,000 residents. During the Second World War when Sicily was invaded by US troops, the Germans was severely bombarded and destroyed parts of the town.

Many museums around the world, from Paris to Berlin from New York to London, but also on the island in Siracusa and Catania, exhibits archaeological finds from Centuripe and many have probably been stolen or destroyed in the course of history, as new peoples established themselves in Sicily. It is not here that you find Sicily's best-preserved archaeological sites, despite there still is something to see in the regional museum in the city, especially tracks and findings from the Roman period. It is a relatively short way to Siracusa's Greek Theatre and Archaeological Park and equally short to the famous Villa del Casale in Piazza Armerina.

Come to Centuripe to experience Sicily's most authentic atmosphere; to get the feeling that you are a traveler on discovery and not a tourist who follows the crowded tracks. Here you will surely get a different and own taste of this island.