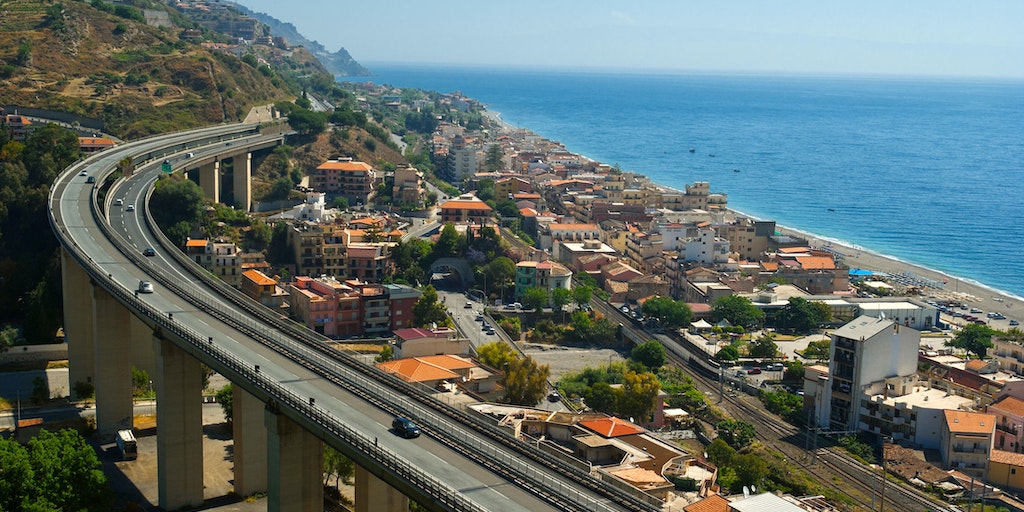 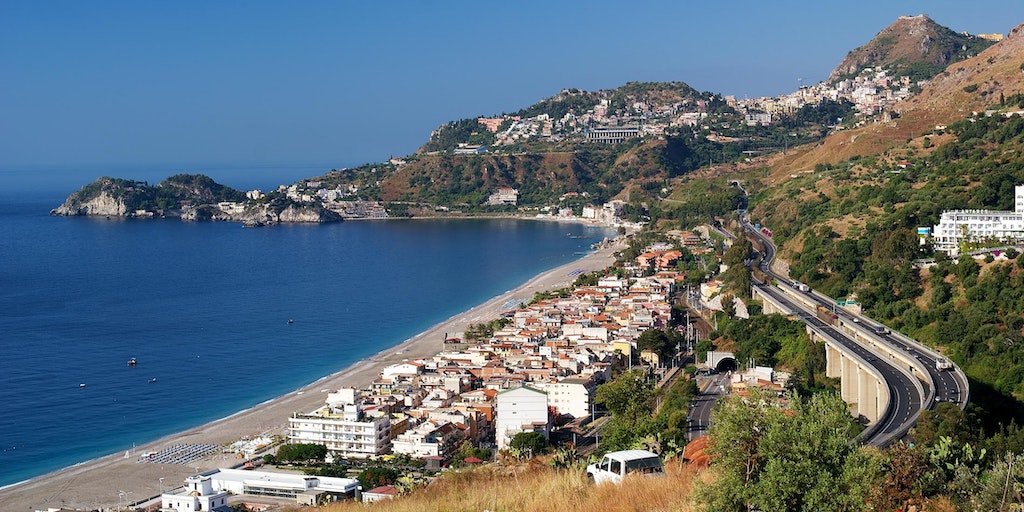 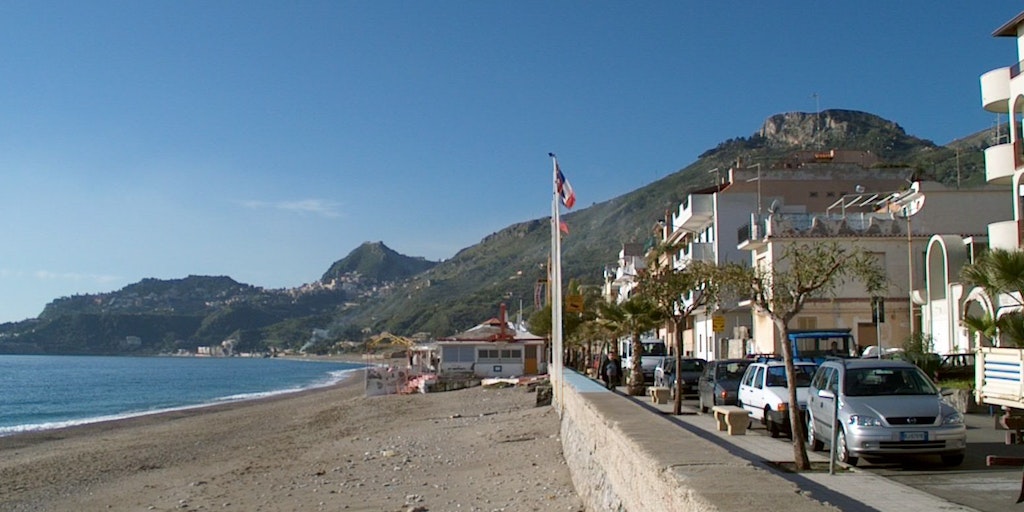 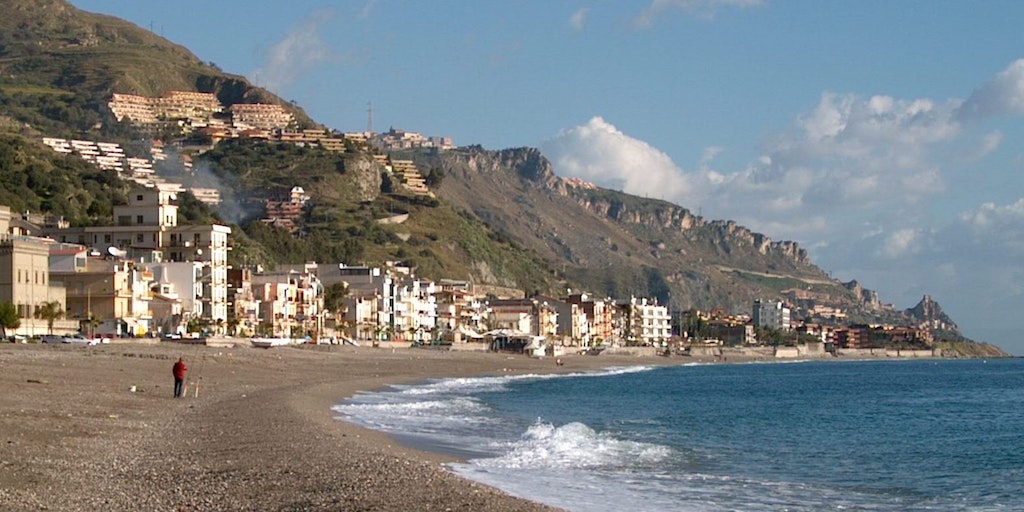 Letojanni is on the eastern coast of Sicily, north of Taormina and the Gulf of Mazzarò. The town stretches out along a sandy coast, between the harbour promenade and the larger roads and railways behind (a motorway and train line pass behind the town).  It was originally a fishing village, but the large demand for holiday homes and apartments has altered the aspect of the town quite significantly over the last 30 years. Many Sicilians have invested their money here, which can be seen in the cement buildings on the mountainside behind the town and the 4-5 storey buildings on the promenade. Despite the chaotic development and property speculation, the beach is much better here than in Giardini di Naxos further south, and the promenade is still atmospheric, with several restaurants and cafés that have outdoor terraces on the beach. You don’t find the tourist throngs that you find in Giardini, and Taormina is just a short 7 km away.  Amongst the restaurants, we can recommend ’da Enzo’, which serves excellent fish dishes and has a good selection of white wine. The restaurant is just opposite the beach and has a good reputation amongst people from Catania, who swarm here especially at the weekends. It is a little more expensive than the other restaurants, but it’s worth it, and still cheap compared with northern European prices.