Holiday accommodation in Milo in Sicily 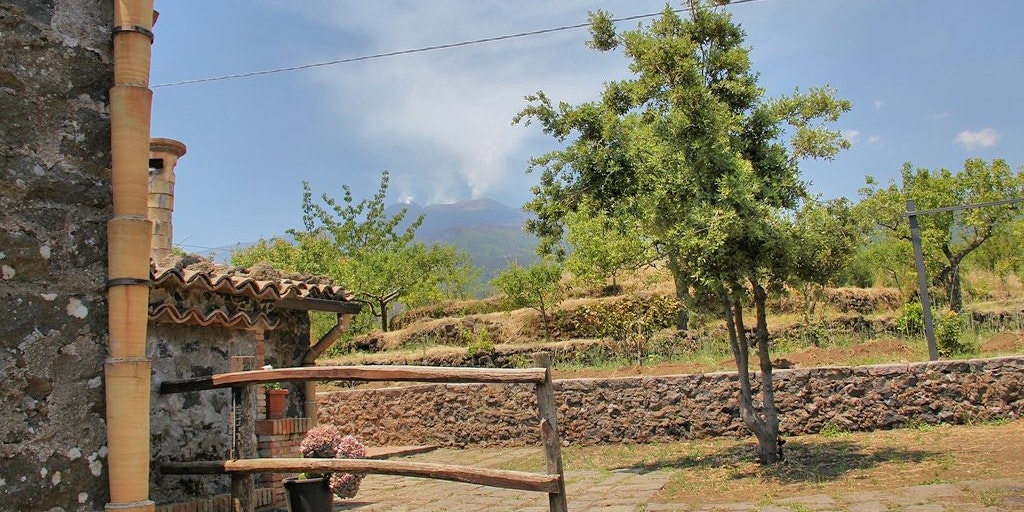 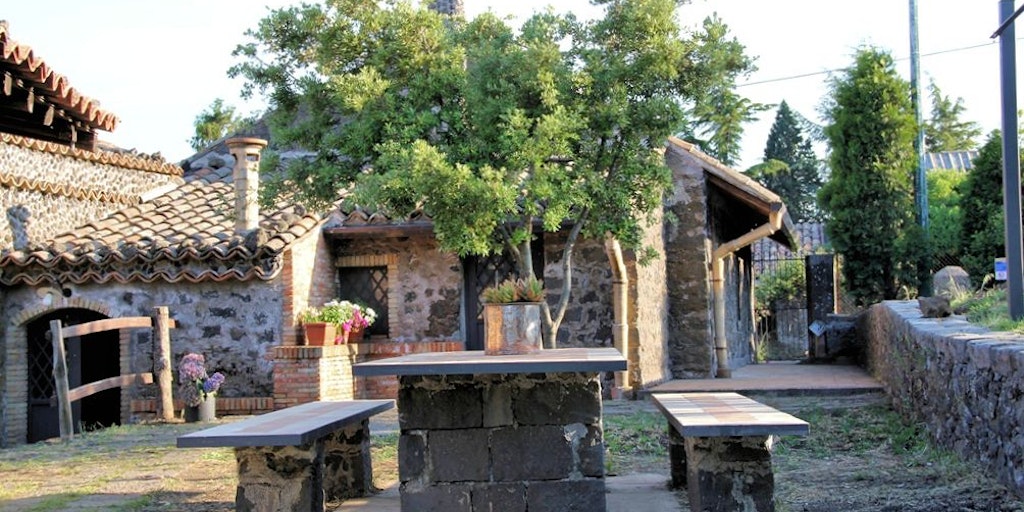 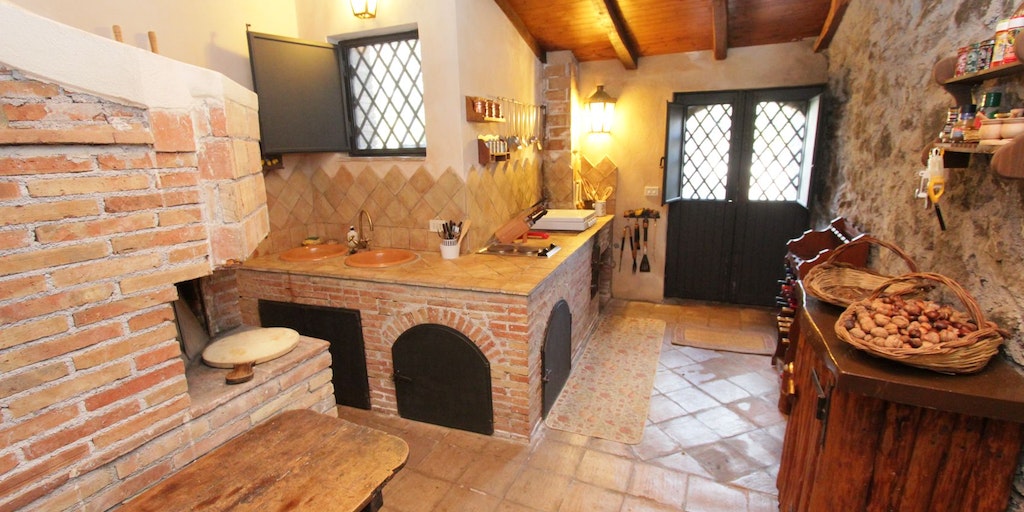 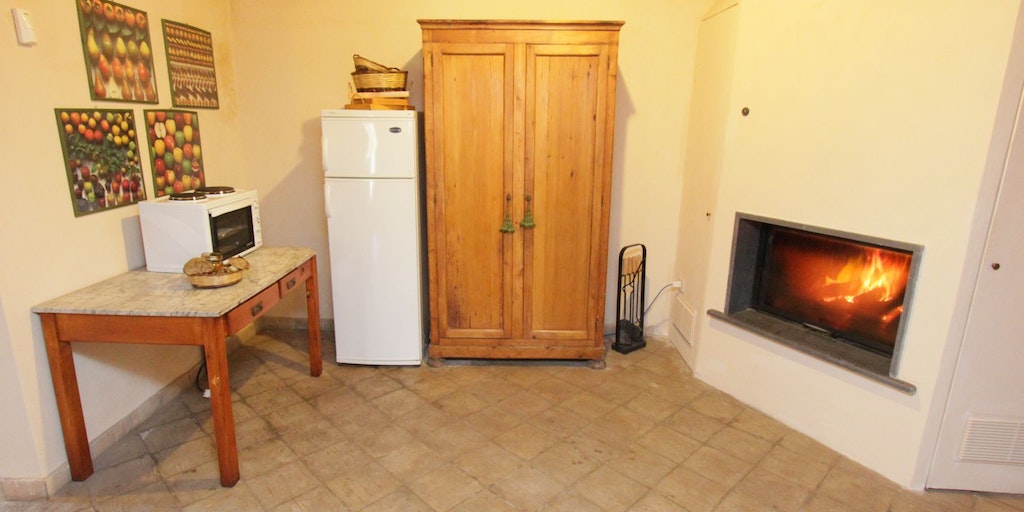 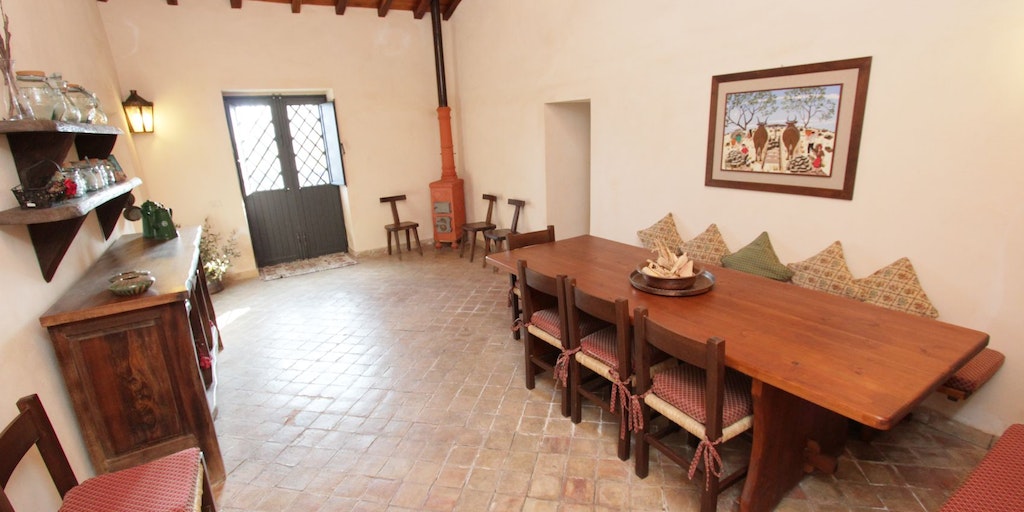 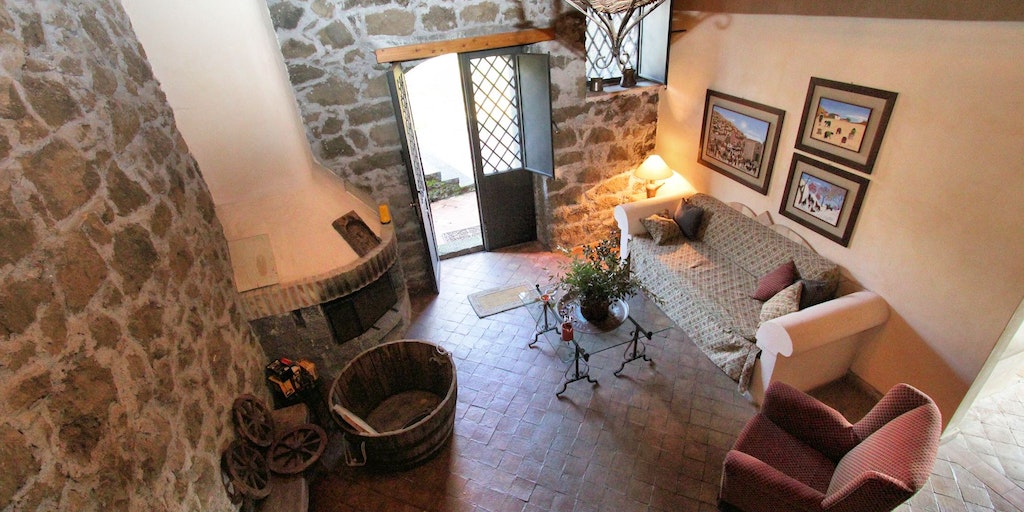 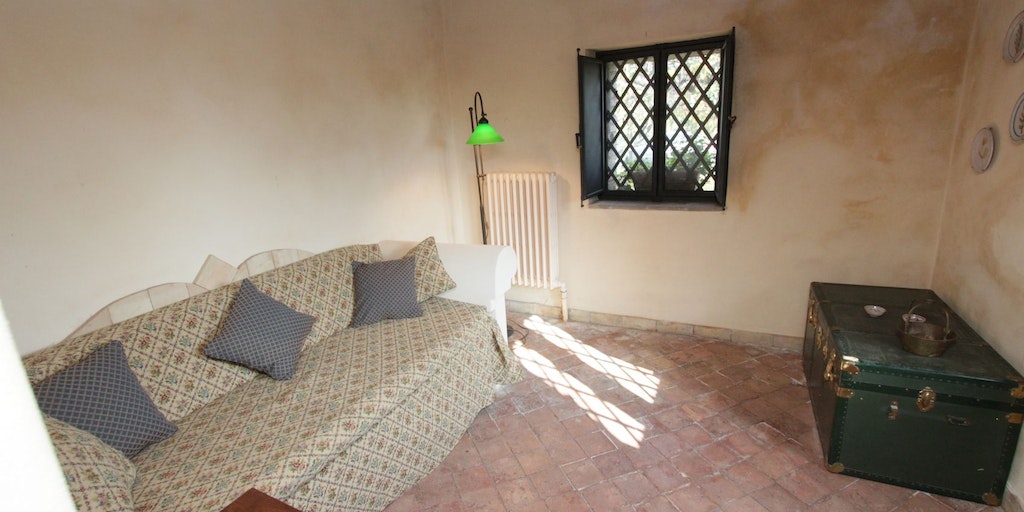 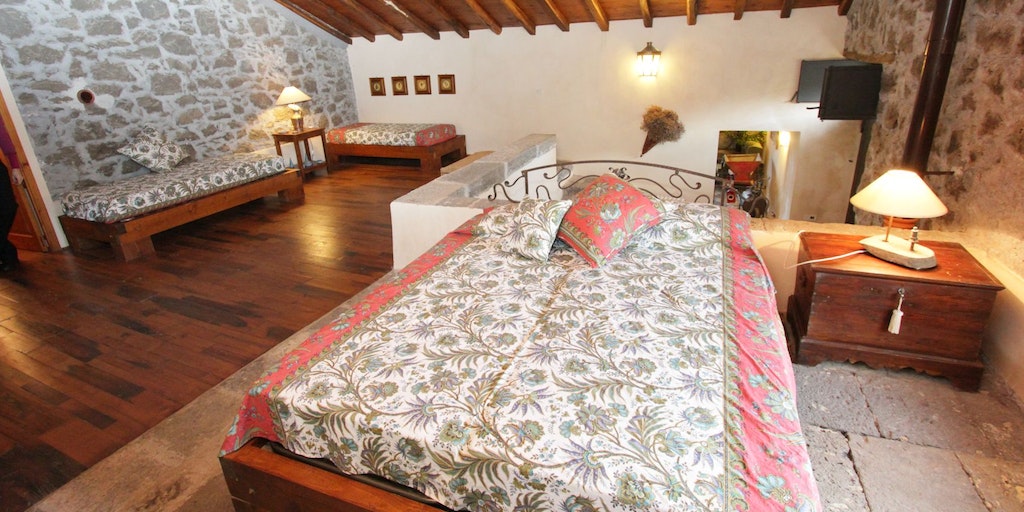 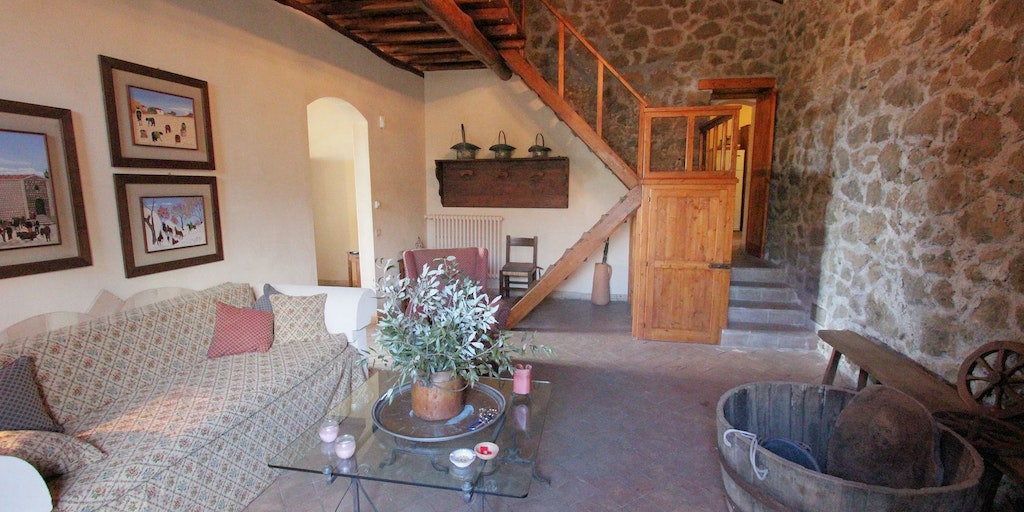 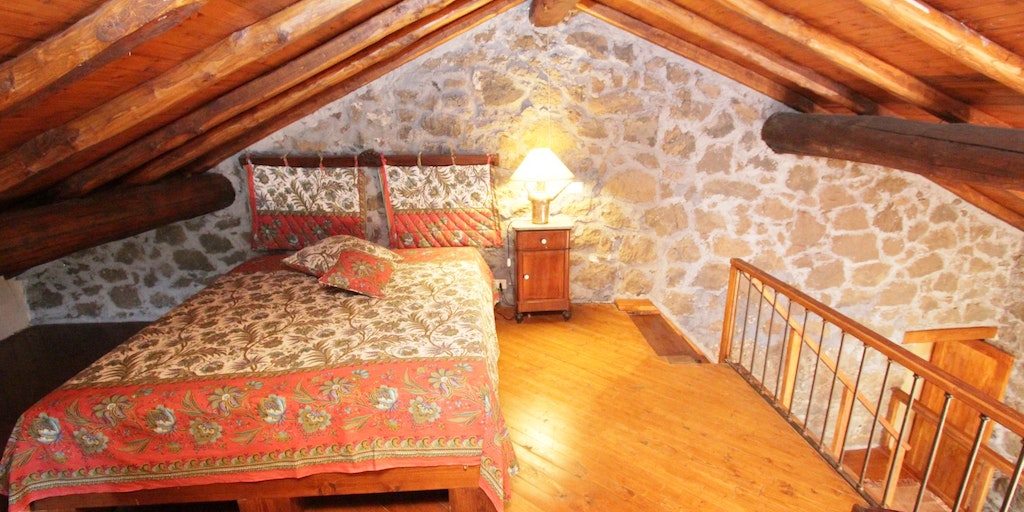 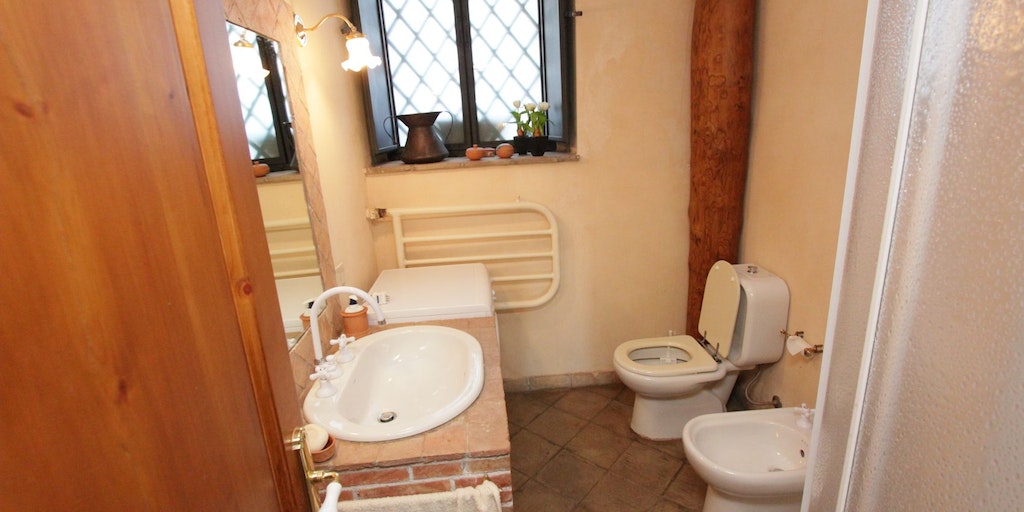 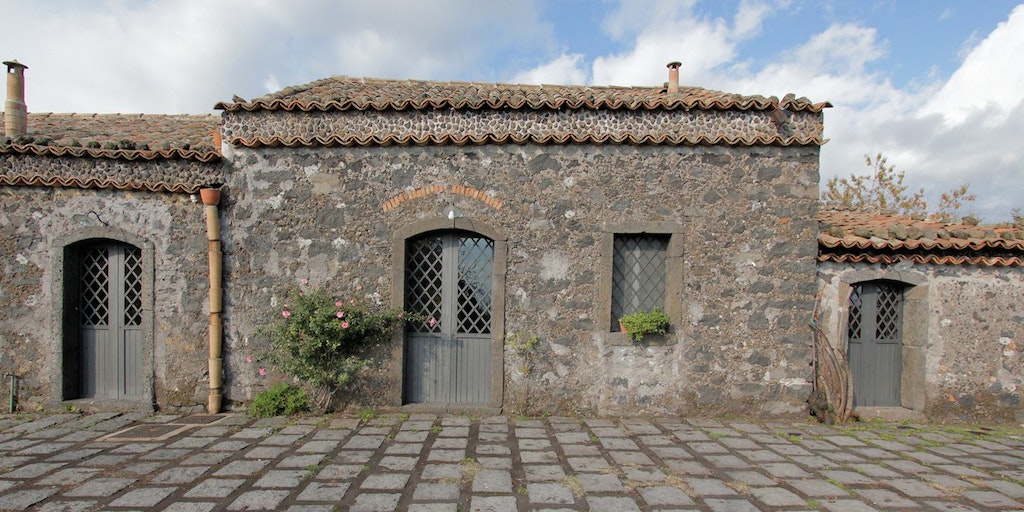 Soulful house on the slopes of Etna

Villa Palmento di Maria
Via Marchese Antonio Paternò del Toscano s/n, 95010 Milo, Italy
This beautiful traditional house is located at an altitude of 1000 metres on the slopes of Etna National Park, yet still only 12 kilometres from the sea. In one holiday you can easily combine fun at the beach and witness the calmest active volcano in Europe.

Only 12 km from Sicily's eastern coastal town of Giarre, yet at 1,000 metres above sea level, lies this cosy house built in lava stone before the aircraft or telephone had been invented. If 1,000 meters seem high, you should know that there are nearly a further 3,000 metres up the mountain before you reach the top of the calmest active volcano in Europe.

View of a unique landscape

Etna rises to the west of the Villa and this is the most interesting part of the landscape; characterized by a strong colour contrast between the black lava rocks and the lush vegetation with colourful flowers and the blue sea. The house is located in Etna Natural Park in peaceful surroundings, and it is only 30 km from Catania's bustling and exotic streets and markets, and only 25 km from the famous historic Taormina. The garden of the house is really good place to sunbathe and relax and enjoy the impressive views of mount Etna. There is also a freestanding pool - 4.9 metres wide and 120 cm deep, and a barbeque.

The house is a typical example of an ancient olive press (trappitu) and wine cellar ( Palmento) built in the area around Catania. It is built with lava stone, and still maintains many of the original features, floors and ceilings. It certainly is a house with soul. There is no air conditioning - at these altitudes, the heat is very important especially at night. The house is efficiently heated with a central heating system, large oven and two fireplaces.

Villa - Sleeps 8
The house is all on the ground floor with several exits to the garden. Please note that some rooms have either stairs or an interior staircase up to a loft. There are two living rooms, one of which is the original wine press, while the other has an open loft with a double bed and the possibility of another bed, a large dining room with 4 steps leading up to a walkway with fireplace en-suite with beautiful kitchen (there are also brick oven for pizza, we recommend that you use this under the guidance of the owner). There are even two smaller rooms en-suite, where there is a sofa bed each, and offer direct access to the terrace in front of the house. The guests (up to 6) who live in this part of the house should be prepared to share one bathroom with toilet and shower.

From the large living room which also has access to the terrace in front of the house, is a huge space on two floors, where the wine was once stored in the traditional. From here there is access to the garden and a staircase that leads on to the sleeping area with double bed, two single beds and a private bathroom with toilet and shower.

The house is equipped with a TV, DVD player and hairdryer. It is possible to hire mountain bikes and to arrange excursions on four-wheel drive up Mount Etna.

Read personal reviews of Villa Palmento di Maria in in Sicily. The reviews of the holiday home are written by guests who have travelled with In-Italia. All reviews are of course uncensored in order for you to get an honest description and review of Villa Palmento di Maria. In addition to the review of the holiday home you can even get good tips from our guests on subjects such as day trips, restaurants, sights, beaches, local transportation and much more.