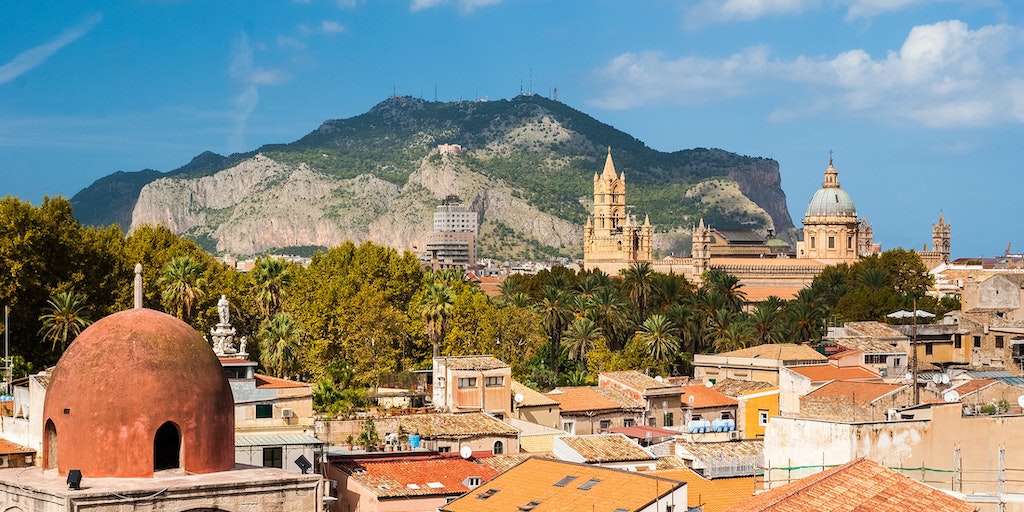 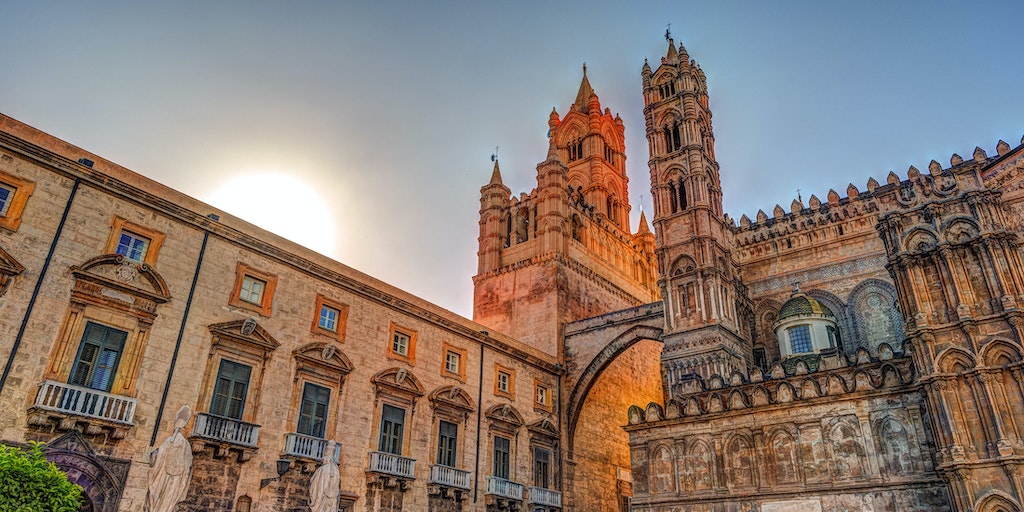 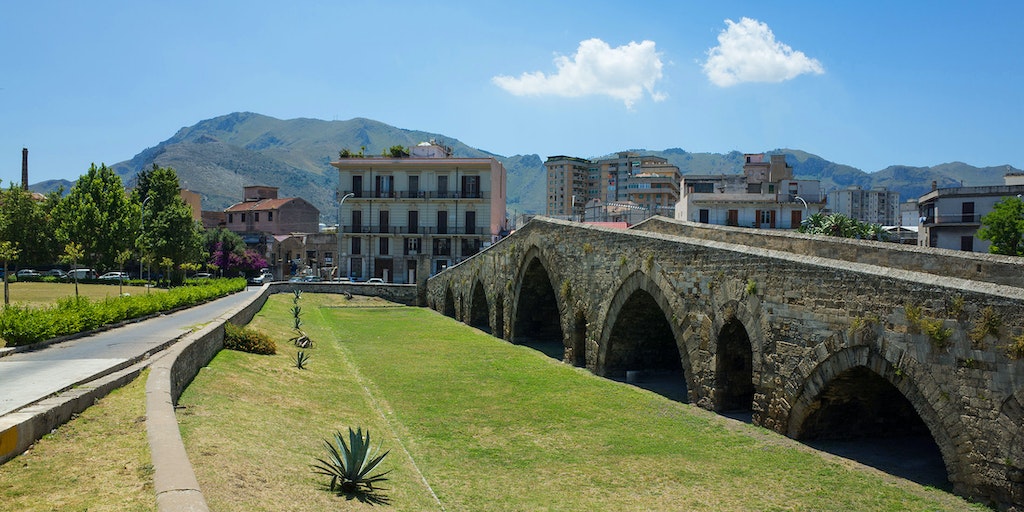 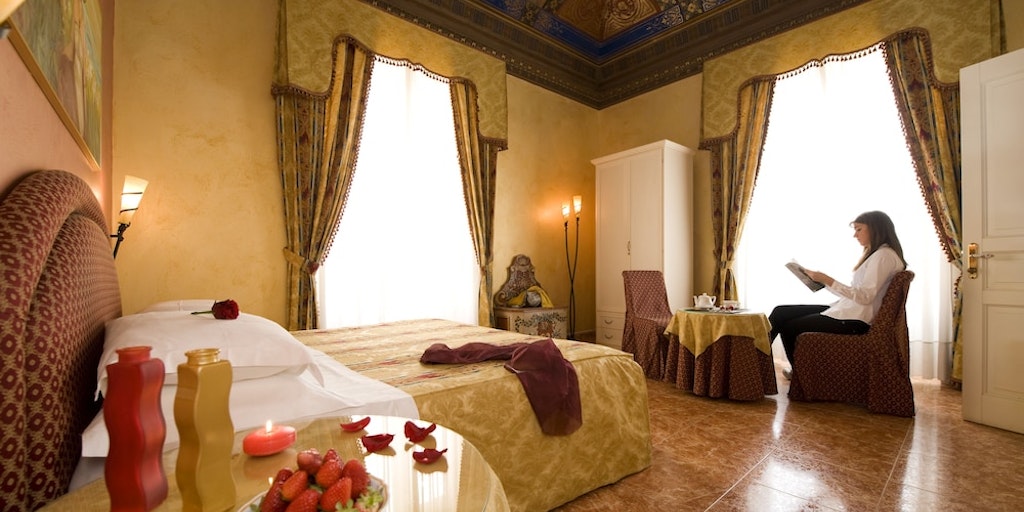 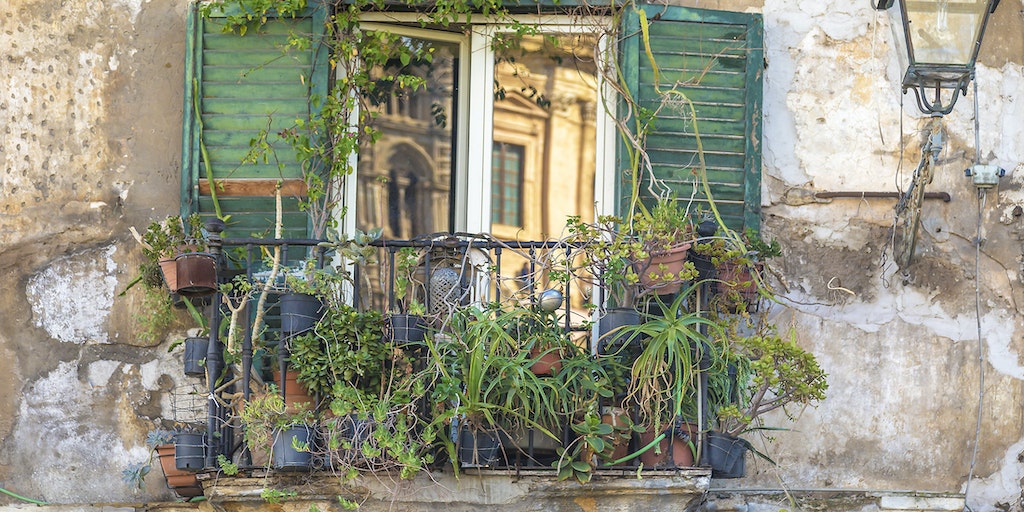 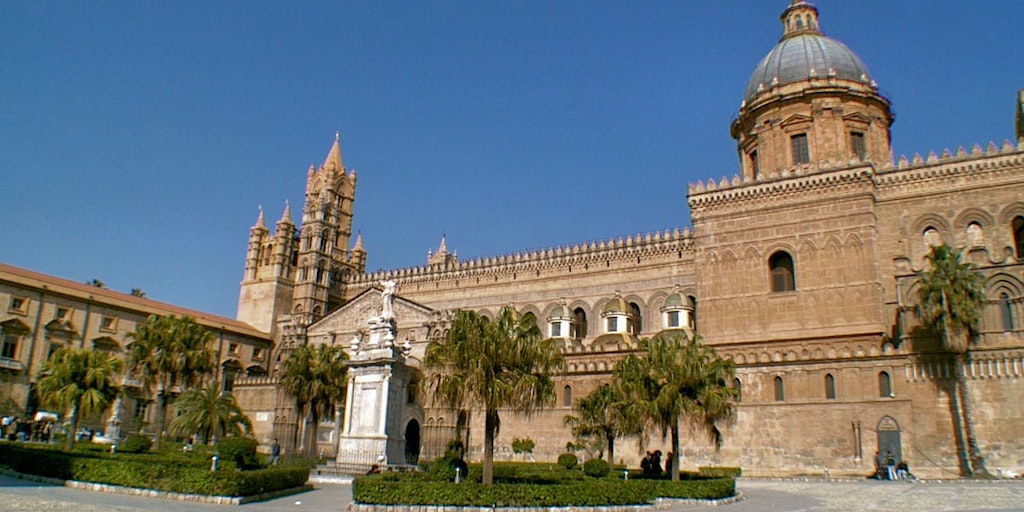 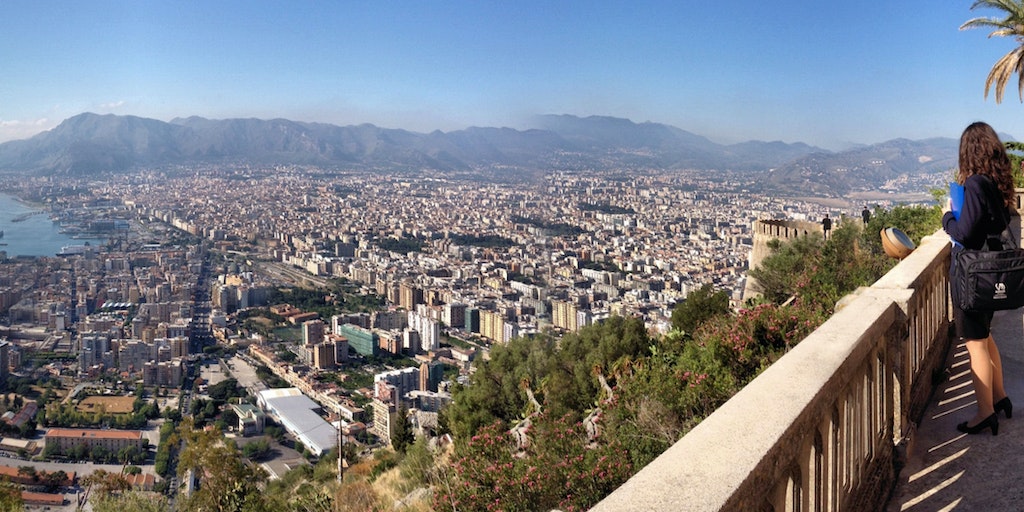 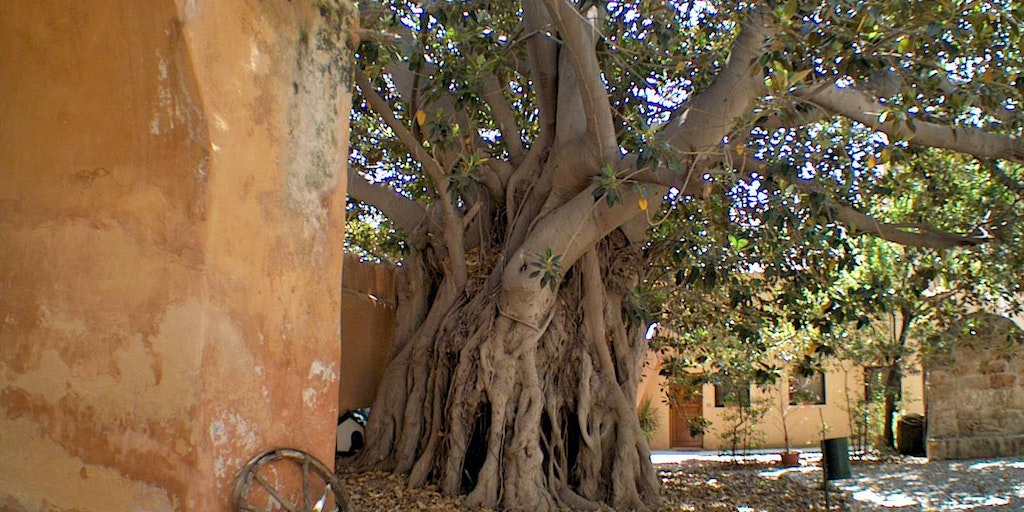 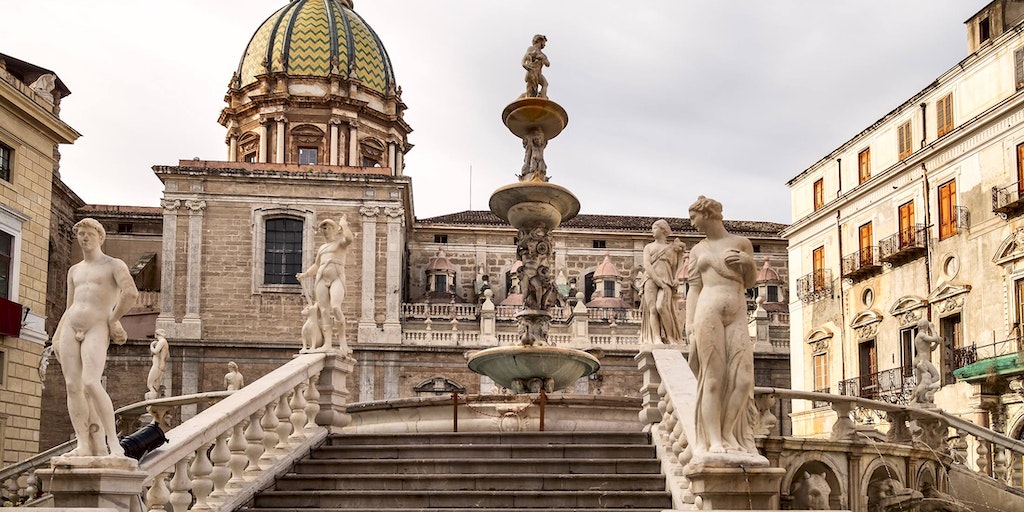 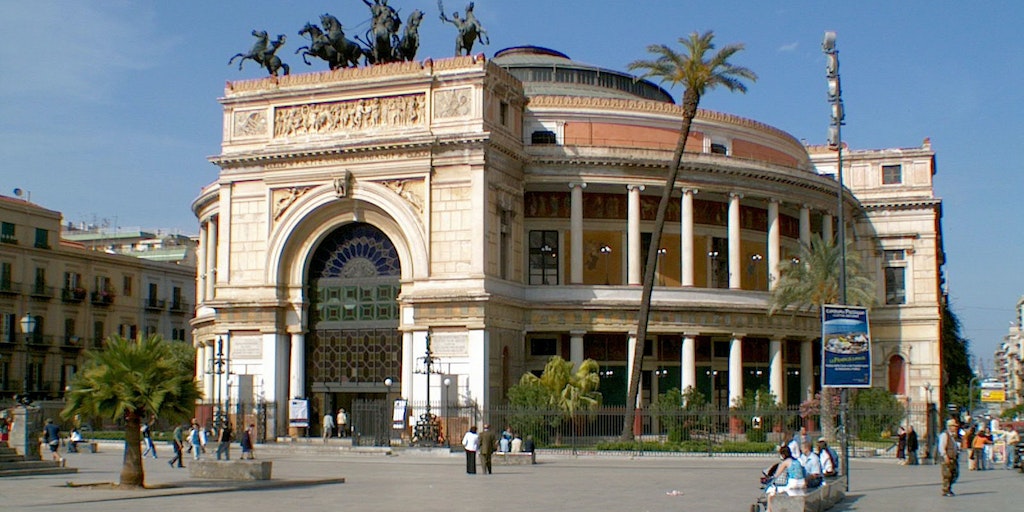 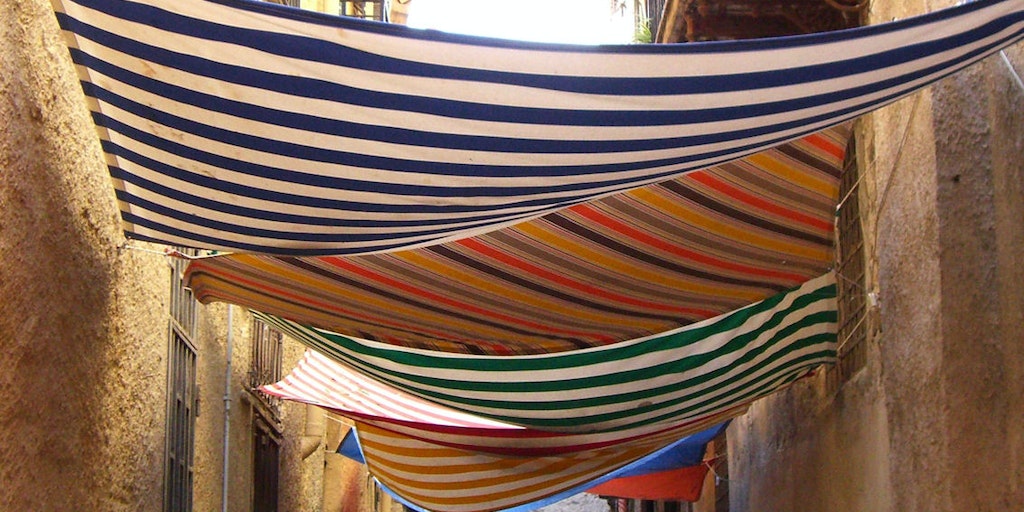 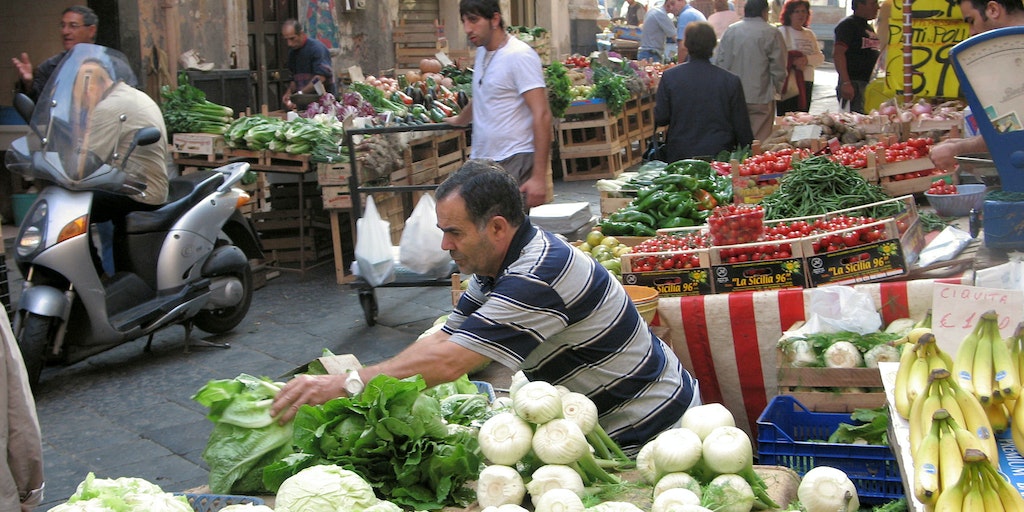 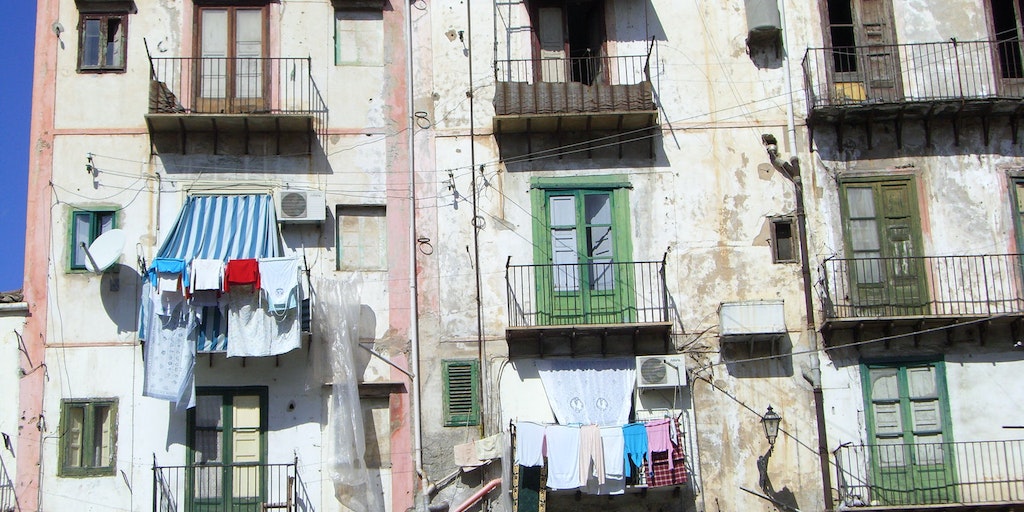 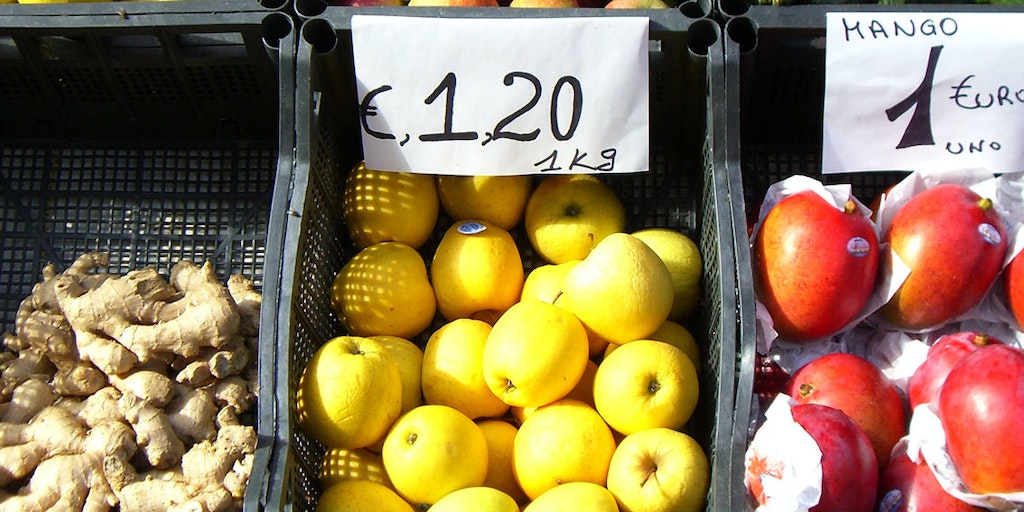 Loading content
The City is fascinating and there is lots of evidence of its fantastic history and glory days. If you walk round the streets, there are many interesting things to see, and a surprising variety of architectural styles.

Palermo is Sicily’s largest City and the capital of the region. Its population is around 700,000, which makes it Italy’s fifth largest city.

The city is fascinating and there is lots of evidence of its fantastic history and glory days. If you walk round the streets, there are many interesting things to see, and a surprising variety of architectural styles. There are, for example, medieval churches with Arabic domes, Spanish-inspired churches and not least, monuments from the great Norman era. The town also has several green areas, like Giardino Inglese, Villa Trabia, Villa Malfitano and the botanical garden.

The town’s roots date back to the 8th century, when the town was a Phoenician trading centre. Palermo enjoyed its golden era during the Norman times that lasted about 100 years. At that time the town was a large and important cultural centre. Later, Palermo fell into the hands of the German-Roman Empire and was the capital of Emperor Frederik II.

There are only very few Italian towns which have such a varied character as Palermo. It’s so interesting to visit, firstly because you can almost feel the presence of the various empires, and secondly because it is a vibrant town with lively restaurants, cafés, museums, markets, monuments and a multitude of shops.

It’s best to visit Palermo in spring and autumn when the weather is mild and the town is less crowded. The enchanting streets are full of hidden treasures, and in the clement evening hours, it’s wonderful to sit at one of the local cafés and enjoy a glass of wine, or visit one of the towns many great restaurants.

The town’s main streets are called Via Maqueda, Via Roma, Via Vittorio Emanuele and Via Ruggero Settimo. Here you can shop to your heart’s content. If you are looking for good quality Sicilian wine, or wine from other parts of Italy, Enoteca Picone on Via Guglielmo Marconi is a great place to find it.

There are lots of interesting sights in Palermo. The cathedral where the Norman King Roger II and the German-Roman Emperor Frederik II are entombed is one of them. This impressive cathedral was finished in 1185 but has been rebuilt many times since. Today the cathedral is a mix of Arabic, Norman, Gothic and Neo-classical styles. Since ancient times there have been various religious houses on this site including Greek temples and Muslim mosques, which changed with the times and the rulers. The cathedral looks best from the right side, which faces out towards the square. Its main facade looks out over a smaller road. Initially the cathedral was used as a burial chapel for kings and queens. In the chapel on the right of the entrance there is the sarcophagus of none less than the German Roman Emperor Frederic II.

Teatro Massimo is the opera house in Palermo. It was started in 1875 and finished in 1897. Initially Teatro Massimo was the most important opera house in Europe after the Paris opera house. In 1974 following a fire in one of Palermo’s cinemas, the theatre was closed and rebuilt according to the new safety laws. The theatre was reopened in 1997 and celebrated its 100th anniversary in style to the tones of Mahler. Many film lovers will recognise the theatre from Godfather III, of which the last part was filmed in this theatre. The theatre is amazingly beautiful and can seat an audience of 3200 people.

The stunning church of San Giovanni degli Eremiti with its enchanting orange grove is another. Also worth a visit are the idyllic Chiesa della Martorana, the magnificent opera house Teatro Massimo, which has been reopened and once again stages opera, and the Politeama theatre. Piazza Pretoria with its impressive fountain and the royal Norman palace with Capella Palatina, famous for its fine Byzantine mosaics are both worth a visit. The ancient hospital Lo Spasimo, which has been converted to an outdoor arena, makes a fantastic venue for musical performances in the summer months, ranging from opera to jazz. In the hills behind Palermo, with a great view of the town and the bay, lies Monreale with its marvellous cathedral and adjoining monastery. Monreale’s cathedral is a masterpiece and is considered to be one of the most magnificent architectonic treasures of the Middle Ages.

There is an international airport just 25 km from Palermo, from where you can take the train straight into the centre of Palermo and there are also good train connections to the rest of Italy. Palermo has a reliable, easy-to-use metro system, but the town is best experienced on foot. Alternatively, you can choose to sail here from Naples.