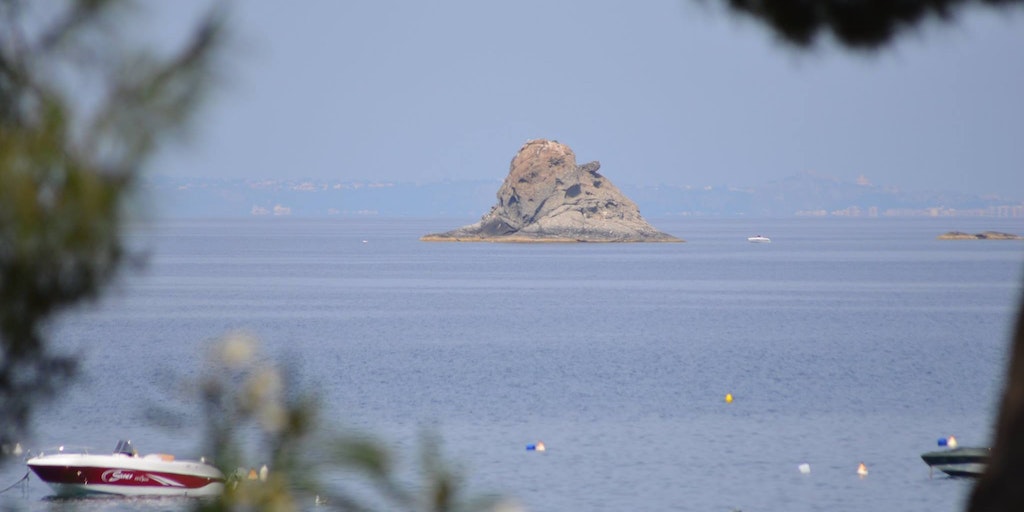 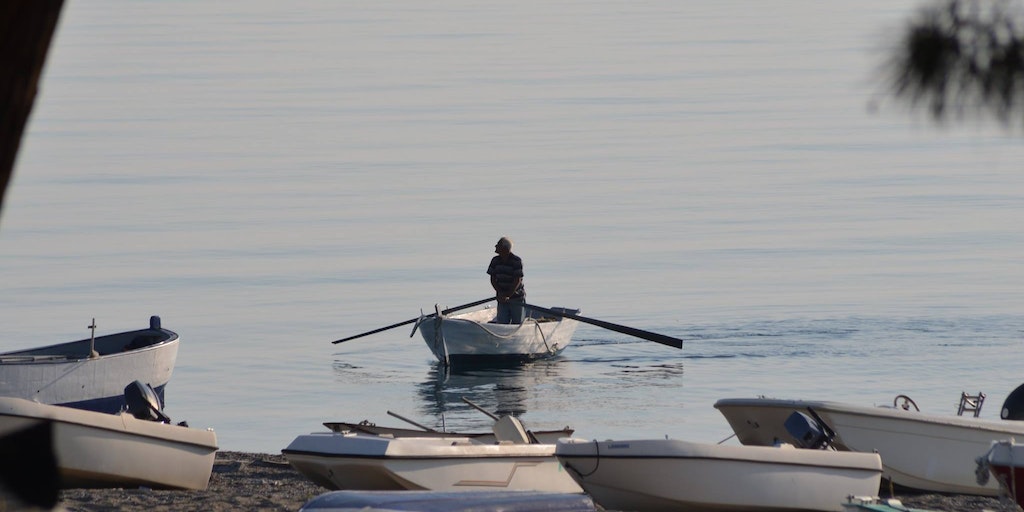 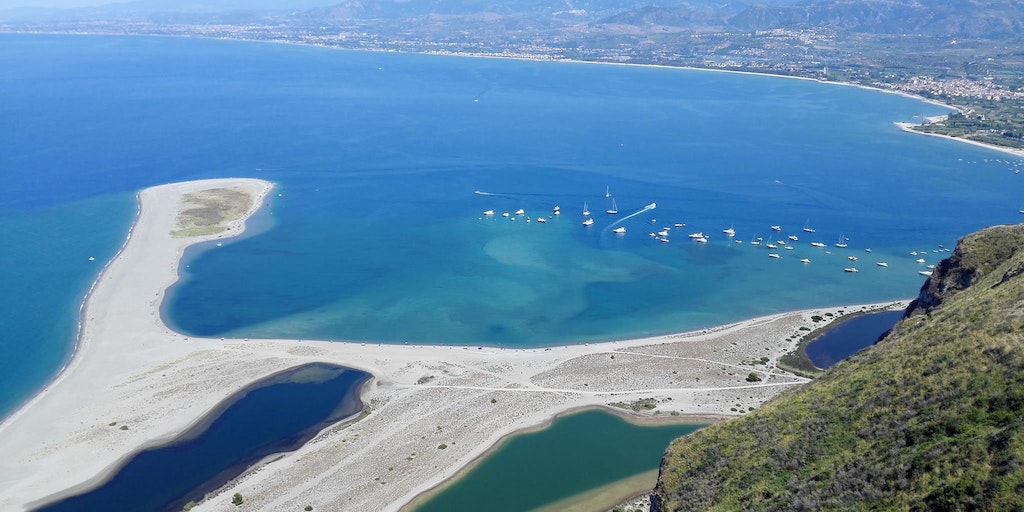 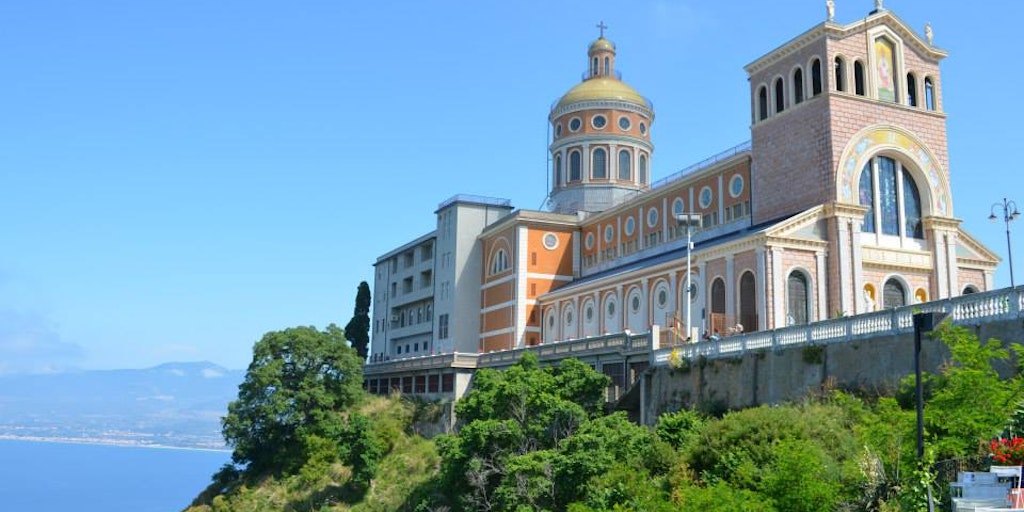 Cultural Center between Nebrodi and the Aeolian Mountains

Patti is the sea and it's history. Discover a small town in the north of Sicily, between the green mountains of Nebrodi and the Aeolian Islands that proudly face the beach of Patti Marina and the ancient theater of Tindari.

Go to Patti to immerse yourself in a seaside and cultural scenario. With the mountains in the background, the sea and the Aeolian Islands in front, Patti offers you a base both beautiful and practical for visiting Sicily, villages of the Nebrodi Mountains to Etna, through Messina and Taormina, to the east, and to discover Palermo and Cefalù to the west.

Of course you will choose Patti for the sea. But when you are in Patti, you will inevitably encounter the ancient culture of this corner of the coast of northern Sicily. Let's start with Antiquity: a few years ago, when the motorway linking Messina to Palermo was built, the works were interrupted abruptly because the pilons were to be based on the place where a Roman villa was discovered. 4th century of our era. Impossible to pretend nothing! The highway now has a turn so you can visit the Roman villa. Enjoy, the mosaics are superb, even if the villa itself is not the best preserved. Of course, the archaeological park of Tindari is part of the ancient heritage of Patti, but we will return below.

Then, if you like walking, go to the historic center of Patti, further up the hill. You will walk in a center with a few inhabitants who have resisted the call of the sea, and whose old houses offer a glimpse of the past wealth of the small town. Climb to the majestic cathedral, dating back to the 11th century: from here you will have a unique view of the coast and the Aeolian Islands. If today you will find in Patti some industrialized districts and abandoned buildings, the cultural heritage remains immense and very visible.

Where to swim in Patti?

Patti has several beaches, you can choose between sandy beaches, in Mongiove, old fishing port of Patti, pebbles, Patti Marina, or sand in Marinello, under the cliff of Tindari. You'll find lido , the famous little beach bars with sunbeds and umbrellas in Patti Marina and Mongiove. Then, if you want a beach without bar or entertainment, more quiet, you just take your car and drive towards Gioiosa Marea, west. Along the beautiful panoramic road that connects the two towns, you will find small coves. Find a place to park, then go down along the scented paths, and you will come down, on small beaches where you could only meet the locals! A boon for you who seek tranquility.

From Patti you can reach Tindari by bus or car. Tindari is just east of Patti, a short drive away. From Patti, you will see the Basilica of Tindari proudly standing on its mountain. Tindaro is not only a place of pilgrimage for Catholics, it is also a place of legend and antiquity. It is told that the beach of Marinella, which is at the foot of Tindari and having an extremely particular shape, was formed during a miracle: a little girl fell from the cliff, and it is at this moment that the beach collected it , forming the silhouette of the Madonna. Another curiosity of Tindari is none other than the Black Madonna, who is celebrated there. You will discover the statue when you enter the basilica. The interior is incredibly beautiful, decorated with gold leaves and paintings. Every year on the 7th and 8th of September, you will be able to attend the religious festival of Tindari, very much awaited by the pilgrims who start from neighboring and neighboring communes to arrive in time to take part in the procession. But Tindari is also an archaeological area of ??great importance: from the basilica, you will enter an alley that will lead you to the archaeological parxc. The Greco-Roman theater, still used today for concerts or theatrical performances, is still well preserved and offers a magnificent view of the sea. Then you can visit the Roman district updated 60 years ago, and admire the remains of houses, shops and baths, before visiting the small museum which is dedicated to the remains found on this promontory.

To reach the beach and the lakes of Marinella, you will have to come down from Tindari: by car you just have to follow the road to Oliveri (in the opposite direction of Patti), while on foot a panoramic path, called Coda di Volpe (average level ... provide good shoes and bottles of water, especially for the return to the hill).

From Patti Marina, in summer, you have the opportunity to take the boat to the Aeolian Islands. However, these are only boats engaged in mini-cruises. You will therefore have schedules to respect, but in return you will have a great sailing experience. If you want to be more independent and take the boat as you would take a bus, you will have to reach the port of Milazzo, 40km away. You will then take the fast boats called aliscafo , and choose your destination according to your interests.

Patti is easily accessible: the city is served by the A20 motorway that connects Messina to Palermo, and has its own exit. Patti also has a train station, so you could easily arrive by train. Visit the trenitalia.com website to consult the schedules. However, we advise you to have a car during your stay in Patti, as municipal transport is poorly developed. It will be easier for you to visit the region by car, if you want to discover the hinterland, the mountains and the authentic villages of the Nebrodi mountains.

Being inhabited all year long, Patti offers you a good choice of supermarkets, pharmacies and other basic services. You can also count on the presence of many pizzerias, and fish and meat restaurants, on the coast or inland. Finally, in summer, the Patti Marina neighborhood becomes pedestrian, and offers a multitude of bars, ice cream vendors and other entertainment venues for families.